Thomas B. Bryan & Co. (Fidelity Safe Depository), No. 143 East Randolph street, opened their safes on Wednesday. There was no heat in them or the vaults, every paper and every dollar of the millions on deposit there being safe. Charles Wilson took out $30,000 in good bright greenbacks. The firm of Bryan & Co. have established an office in the ruins, and invite business men and others to bring their valuables and money there, and deposit them free of charge until they can get better accommodations. The place is under a guard of soldiers, who will keep the property secure. The telegraph to the Dubuque Herald that the depository was destroyed is erroneous. 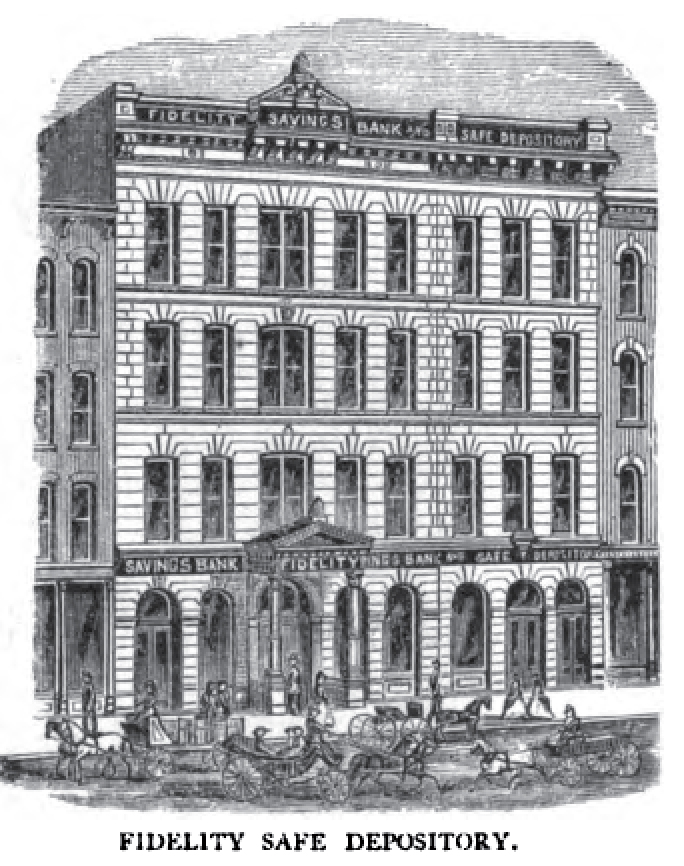 One of the notable institutions of Chicago is the Fidelity Safe Depository, the object of which is to furnish to the public a place where money and other valuables in small compass may be deposited, with as nearly an absolute certainty of their safe-keeping as it is possible to attain. Of course the value of such an institution depends upon the known safety of its vaults; and the “crucial test” of those of the Fidelity Safe Depository was applied literally last October. At the time of the fire, property representing millions of dollars was here deposited ; and of course the anxiety of depositors was great. Whilst the flames were still raging in other portions of the city, and the fallen walls about the Depository were still hot and smoking, its vaults were opened and found to be perfectly unharmed, the interior temperature not in the least affected by the intense heat without. A sign was improvised by the President, Thomas B. Bryan, and posted conspicuously upon the ruins, thus:

Vaults and contents all safe. Renters and depositors are requested to call and receive their moneys and other treasures in perfect preservation!

Business was immediately resumed on tables made of burnt bricks ; and millions of property were thus handed over, to the inexpressible joy and relief of the owners. The Fidelity enjoys the merited reputation of having been the first institution to resume business in the burnt district; and it has conducted and continued its business in the same office without interruption, the new walls being constructed around and

The new Fidelity Savings Bank and Safe Depository Building, shown in the cut, is located at Nos. 143, 145, and 147 Randolph street, immediately ad joining the Sherman House on the west, with the style of which structure it nearly corresponds, being built of the Missouri stone. In the former Depository Building, which had been completed but a short time before the fire, there were eight vaults (still preserved), the metal-work of one of which cost $22,000; and one to cost $40,000 is being constructed for the new building. No instance of loss by one of these Depositories has yet been recorded. A Savings Bank is added to the Depository, of which Hon. John C. Haines, formerly of the State Savings Institution, is President, and Hon. Thomas B. Bryan, the projector and founder of the Fidelity Safe Depository, is Vice-President. 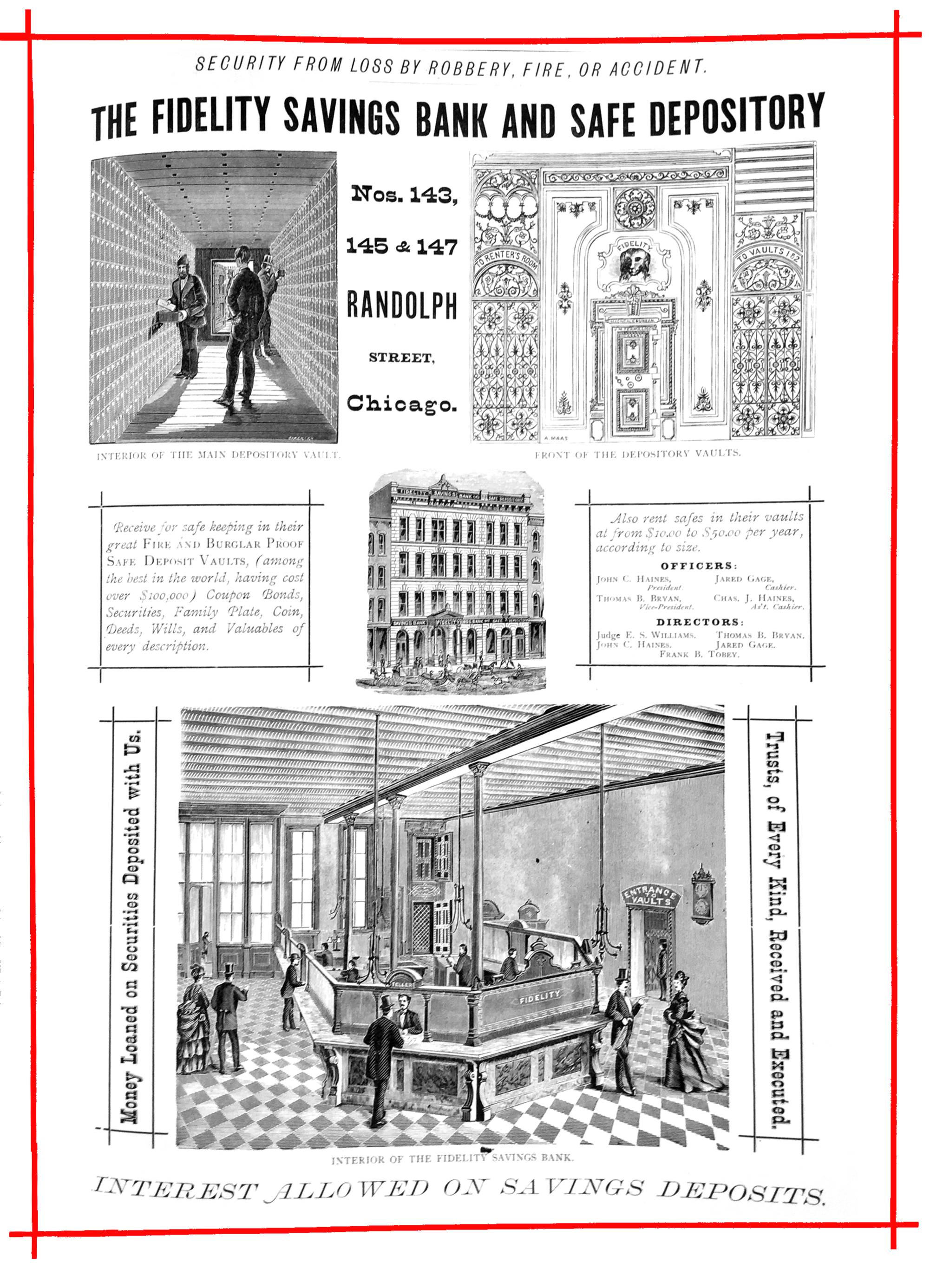 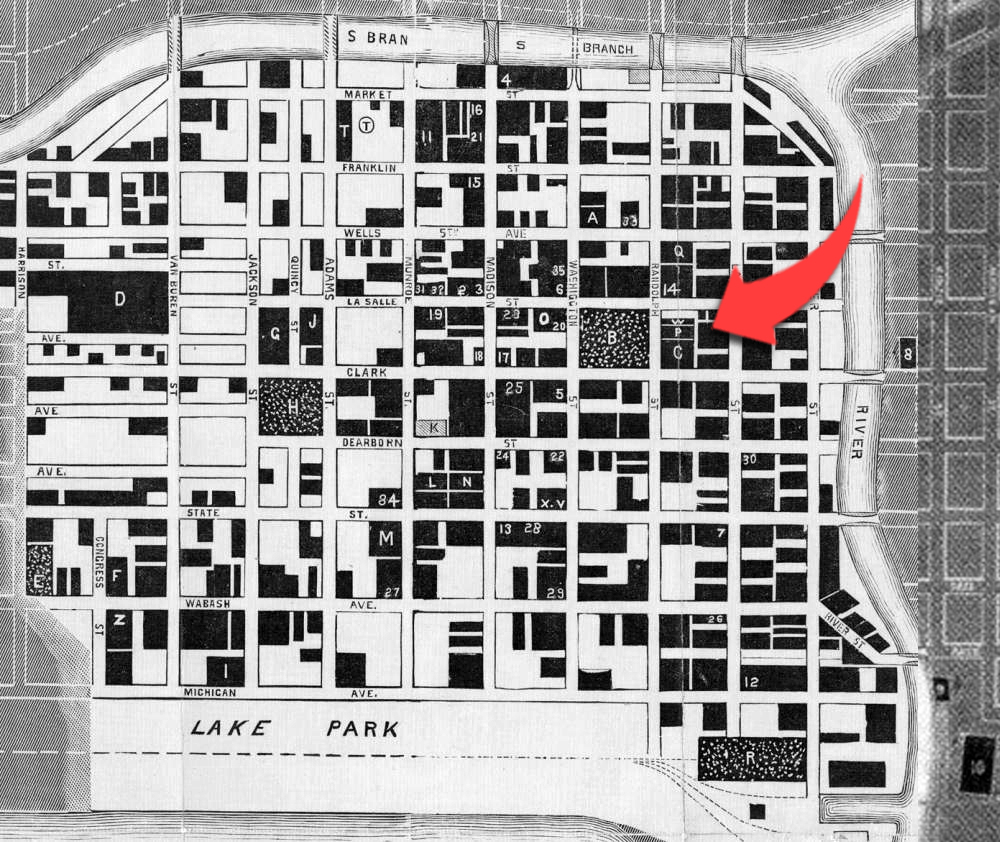 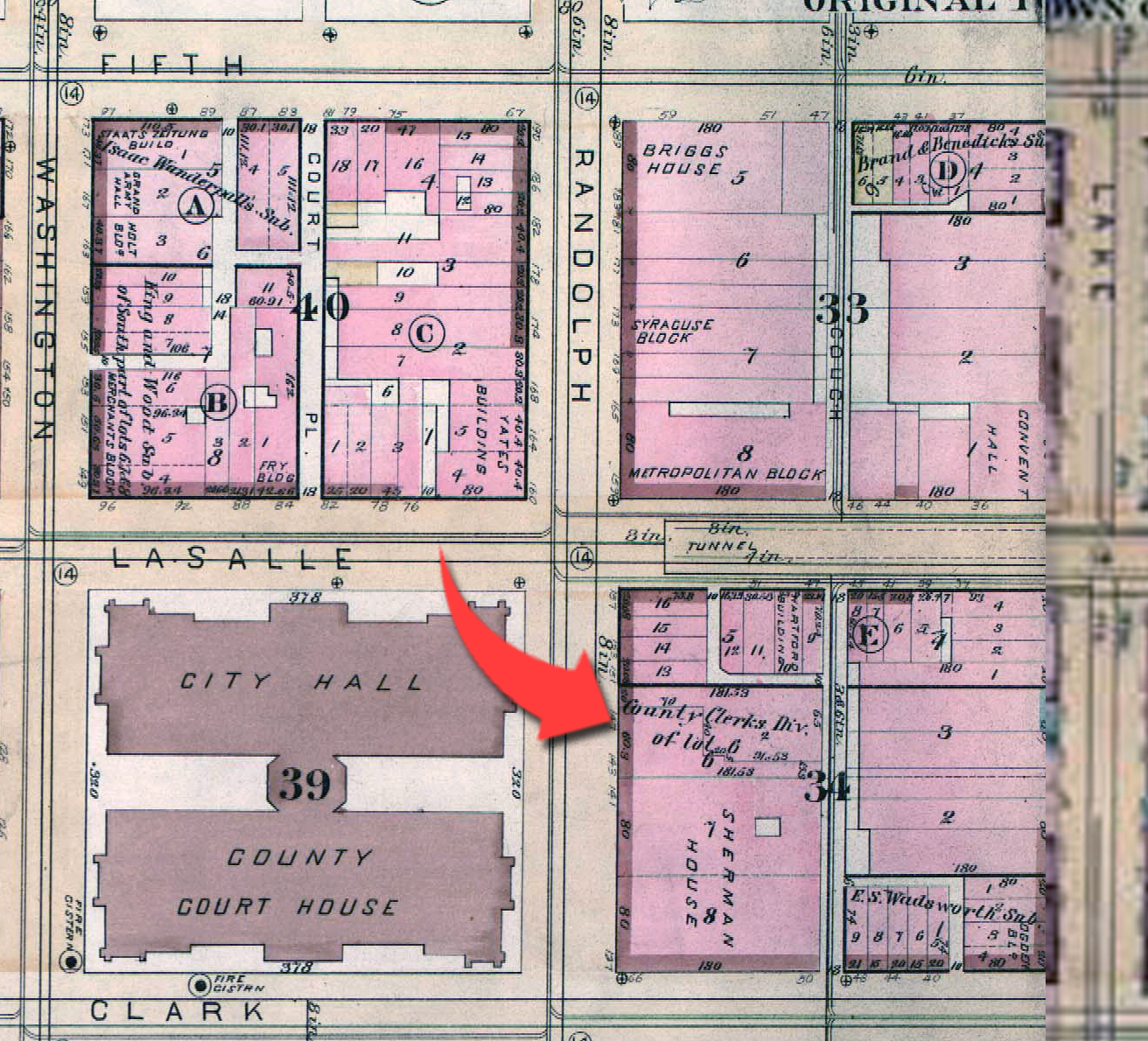