The old Academy of Music which was situated on Halsted Streeet near Madison. It was built by W. B. Clapp. It was opened on 10 January 1872, by the Wyndham Company in Ours. Lucille Western, Aimée Chanfrau, Edwin Adams, the Vokes Family, Sothern, McCullough, Toole, Jefferson, and many other notables played here during the period of rebuilding the city. It was the first theater in the world to be lighted electrically, causing temporary chaos among the actors, who refused to go on, behind the bright footlights, not being “made up’ properly.

It had 2,450 seats. There was an orchestra floor and 2 balconies, and ticket prices ranged from 10 cents to 50 cents. The proscenium opening was 30 feet wide X 33 feet high, and the stage was 32 feet deep. The theatre was on the ground floor and there were 10 in the house orchestra. A Kimball theater organ was installed in the Academy Theater in 1923. 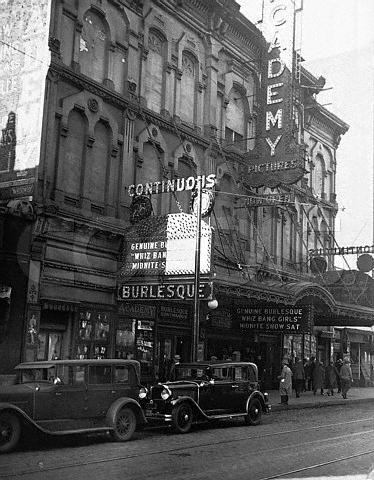 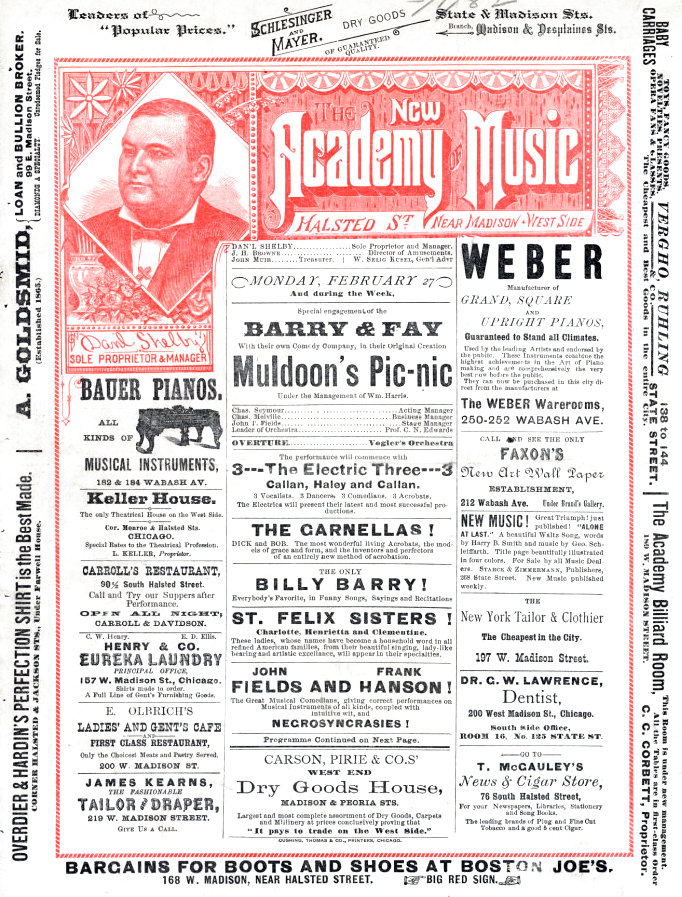 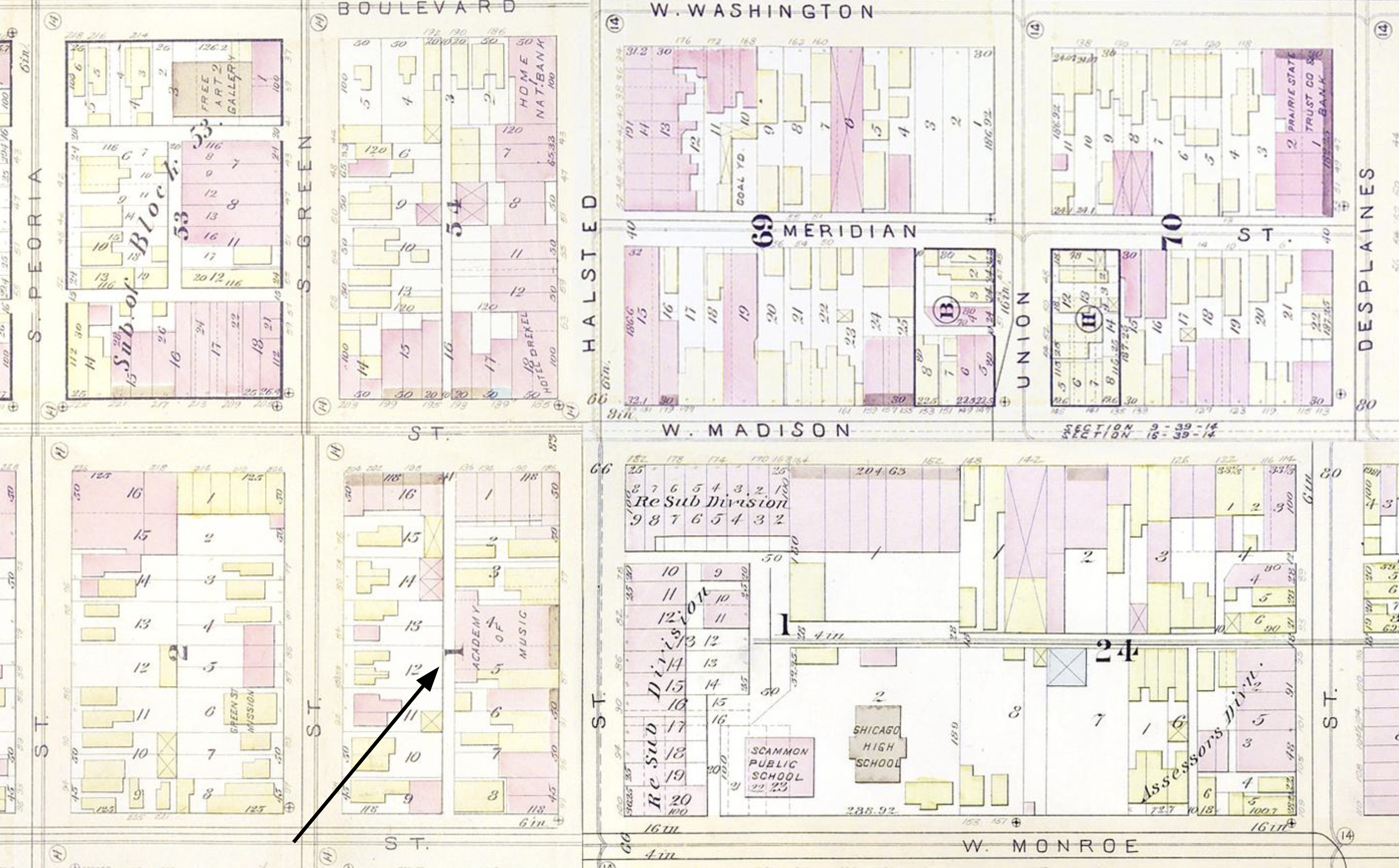