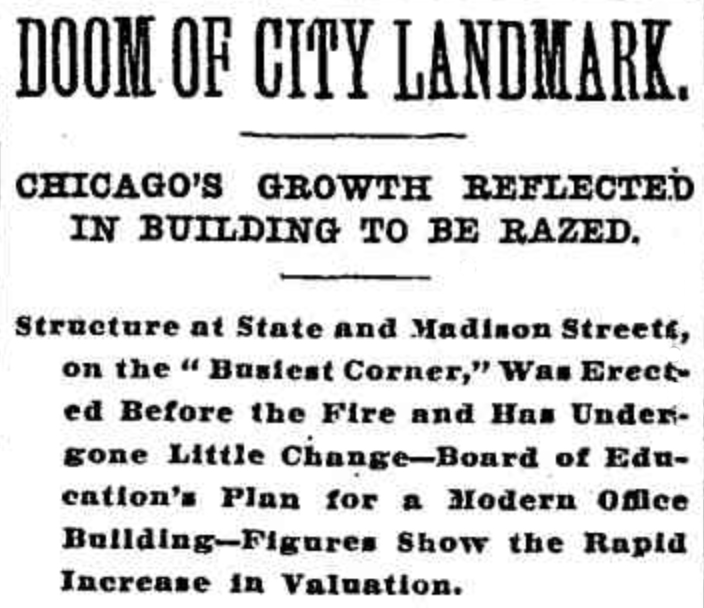 In its plan for the erection of a large building on the southwest corner of State and Madison streets, the Committee on Buildings and Grounds of the Board of Education contemplates the removal of a landmark which for nearly thirty-five years has stood on the busiest corner in Chicago. The three-story building was erected in 1868 and was only partially destroyed by the fire of 1871. Part of the walls were left standing. and the building was rebuilt within them.

The suggestion that it would be advisable to tear down the building comes from a representative of the Mackin estate, which owns the lease to the lots south of the three lots leased by J. E. Otis, and it is possible that the latter may not approve the scheme when a new valuation is placed on his holdings.

It is believed by members of the Board of Education, however, that the financial advantages to be derived from an improvement -of the property will be so apparent that Mr. Otis will join in the enterprise. 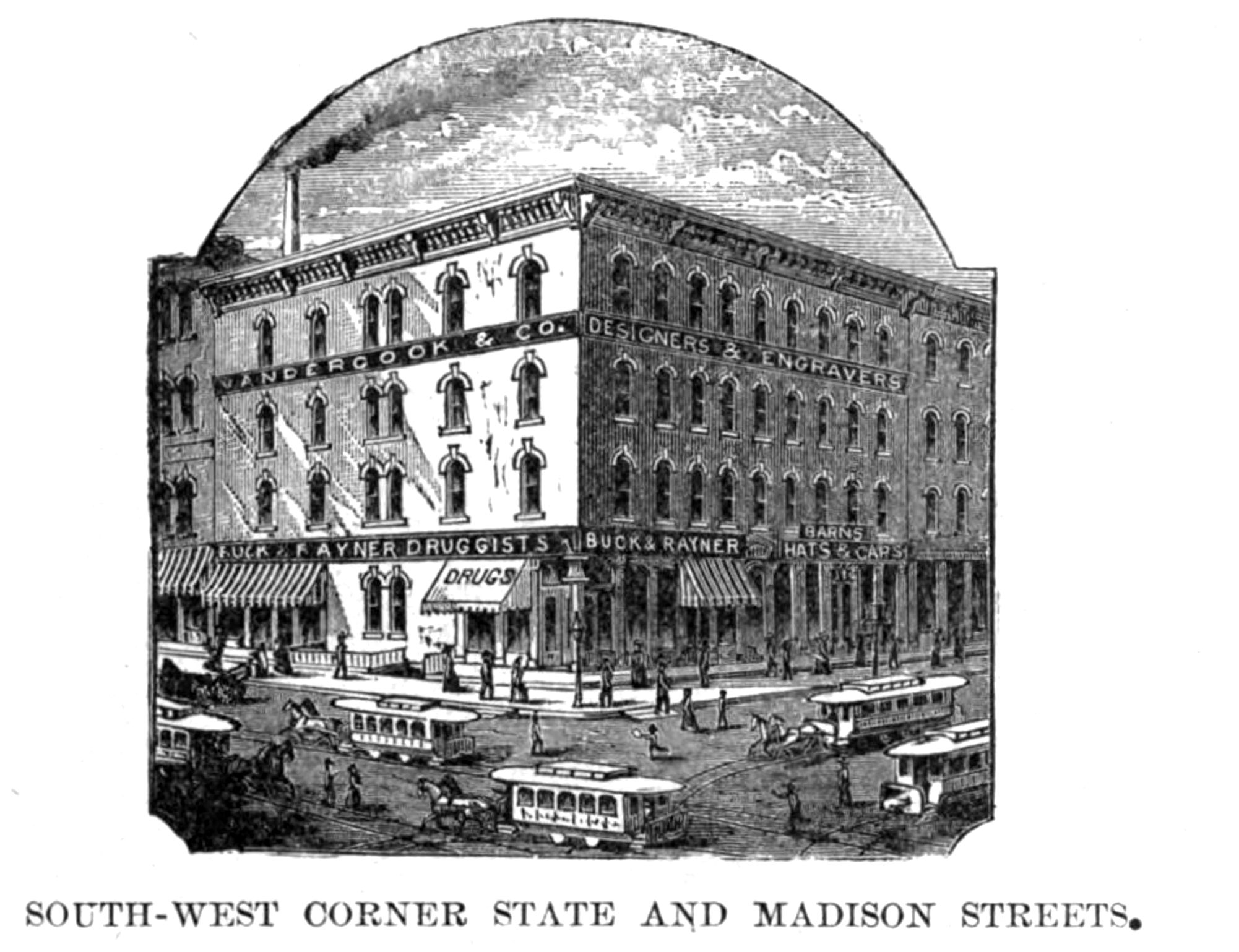 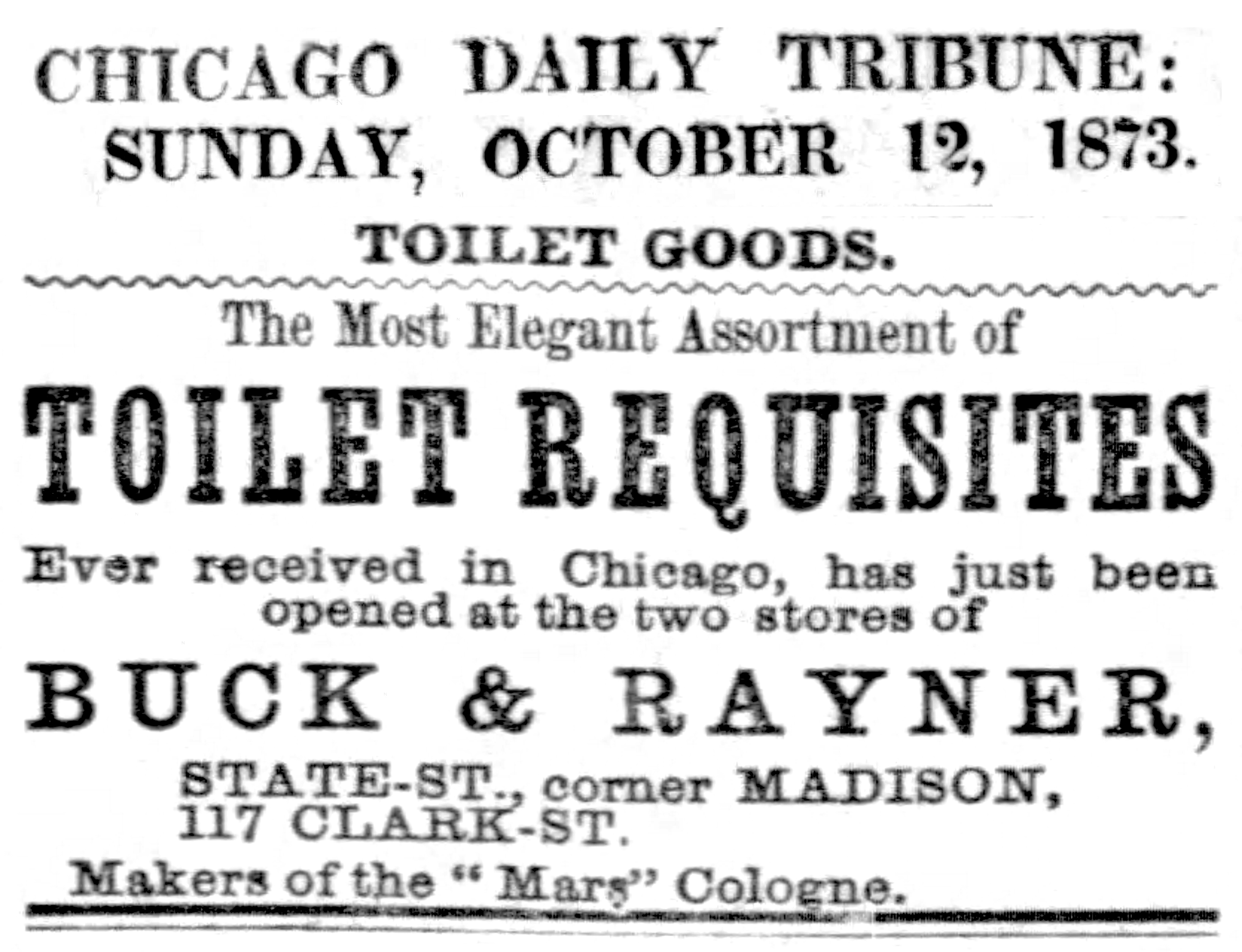 Corner Remains Unhanged.
Mr. Otis has owned the leaseholds on the east two-thirds of lots 1 and 2, which occupy the corner, since 1868. Since that time, with the exception of the Interval occasioned by the big fire, there has been practically no change In the improvement of the corner. During all these years the corner has been occupied by a drug store, and the firm name of Buck & Rayner has remained over the door unchanged. Another firm which has retained its hold on the corner for almost as long a period Is Streeter Bros., a shoe firm, which originally was Streeter & Tucker. M. W. Diffley, tobacconist, is another tenant who has been on the corner since the great fire.

The history of the corner affords a striking illustration of the growth of the city. It has been devoted to business since it was included In the school section, created in 1856. The value of the land has been enhanced several hundredfold since then, until the corner is now considered not only the busiest but the most valuable In the city.

Rapid Growth of Valuation.
The valuation, according to the records, has increased as follows on lots 1 and 2 since 1855:

The drop In the valuation in 1875 was on account of the destruction wrought by the fire, when a reduction of 40 per cent was made in justice to property-owners.

The Board of Education received an average annual rental of $34,000 from J. E. Otis between 1890 and 1895, since which. time the rent has largely increased.

For the same period the Mackin estate paid an annual rental of $36,00D. a figure which also has been made much larger. 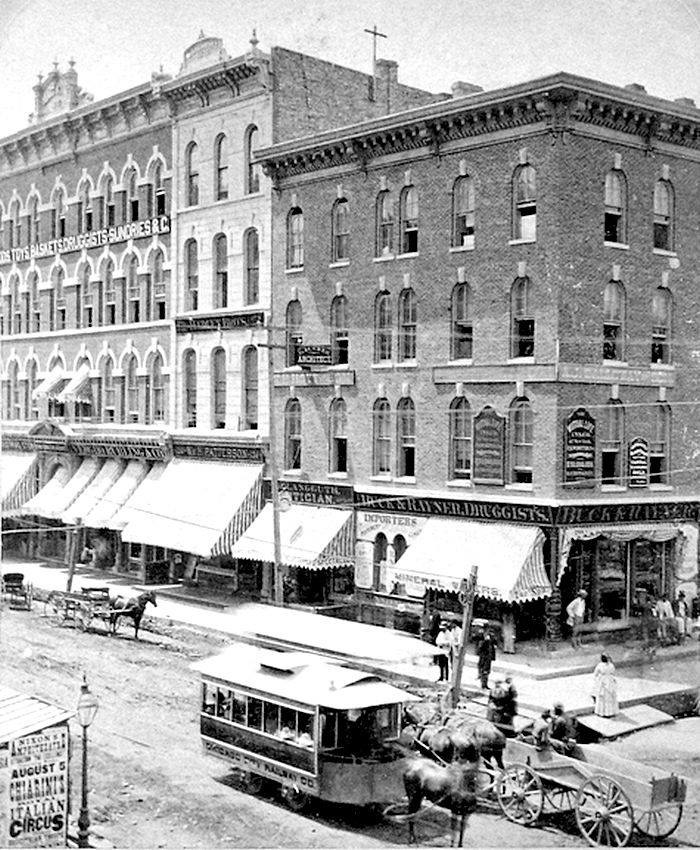 Looking West on Madison Street at the intersection of State and Madison Streets
The walls left standing in this iconic photograph are possibly that of the Buck & Rayner building which was rebuilt immediately after the Fire.

It is announced that the old-establishment drug firm of Buck & Rayner, No. 132 State street, will change names today. 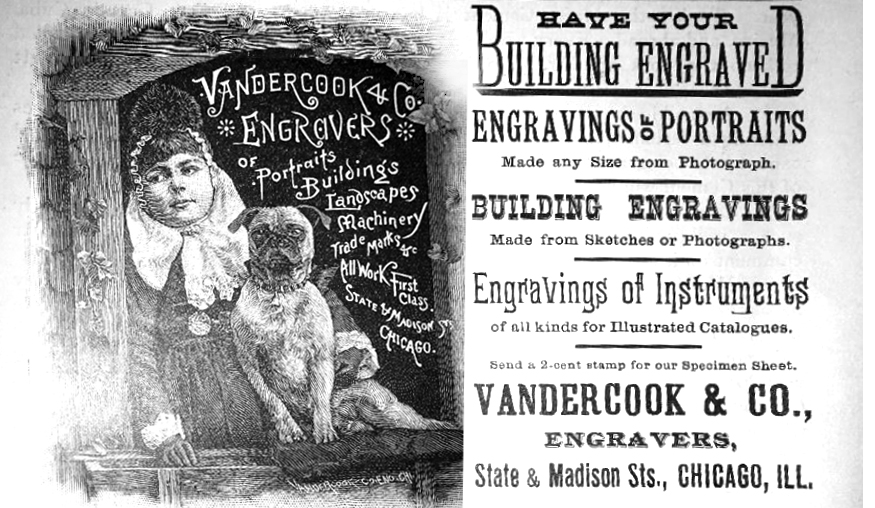 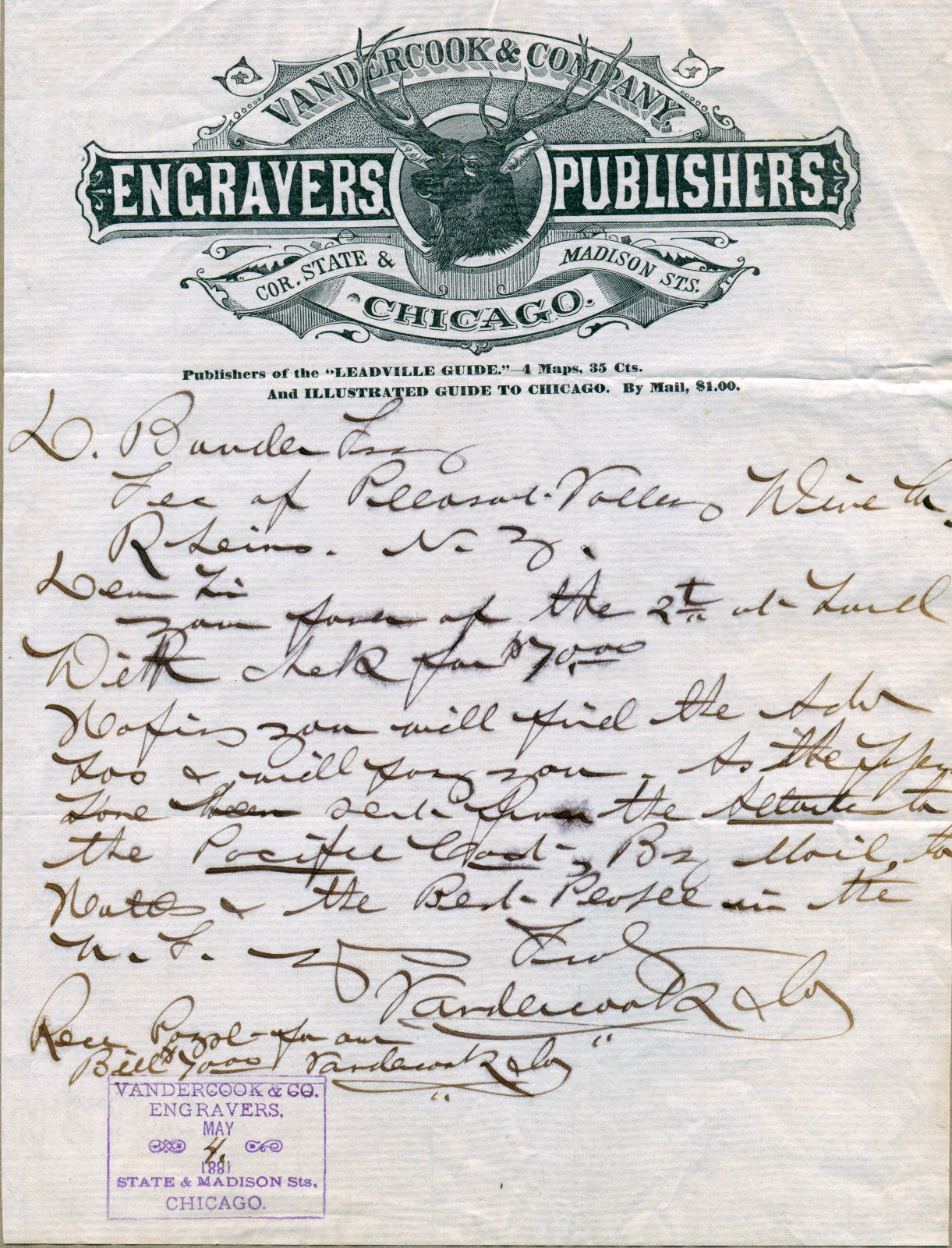 This building was replaced by the Chicago Savings Bank building built in 1905.