Mr. Scammon, the Chairman, and who is also the President of the Marine Bank, stated that upon the rebuilding of the burned portion of the South Division depended the future salvation of the city. It was not a matter of expediency, but of pressing necessity to us all. He could rent all his buildings, in many cases, to former tenants, at the former prices, as soon as they could be rebuilt. 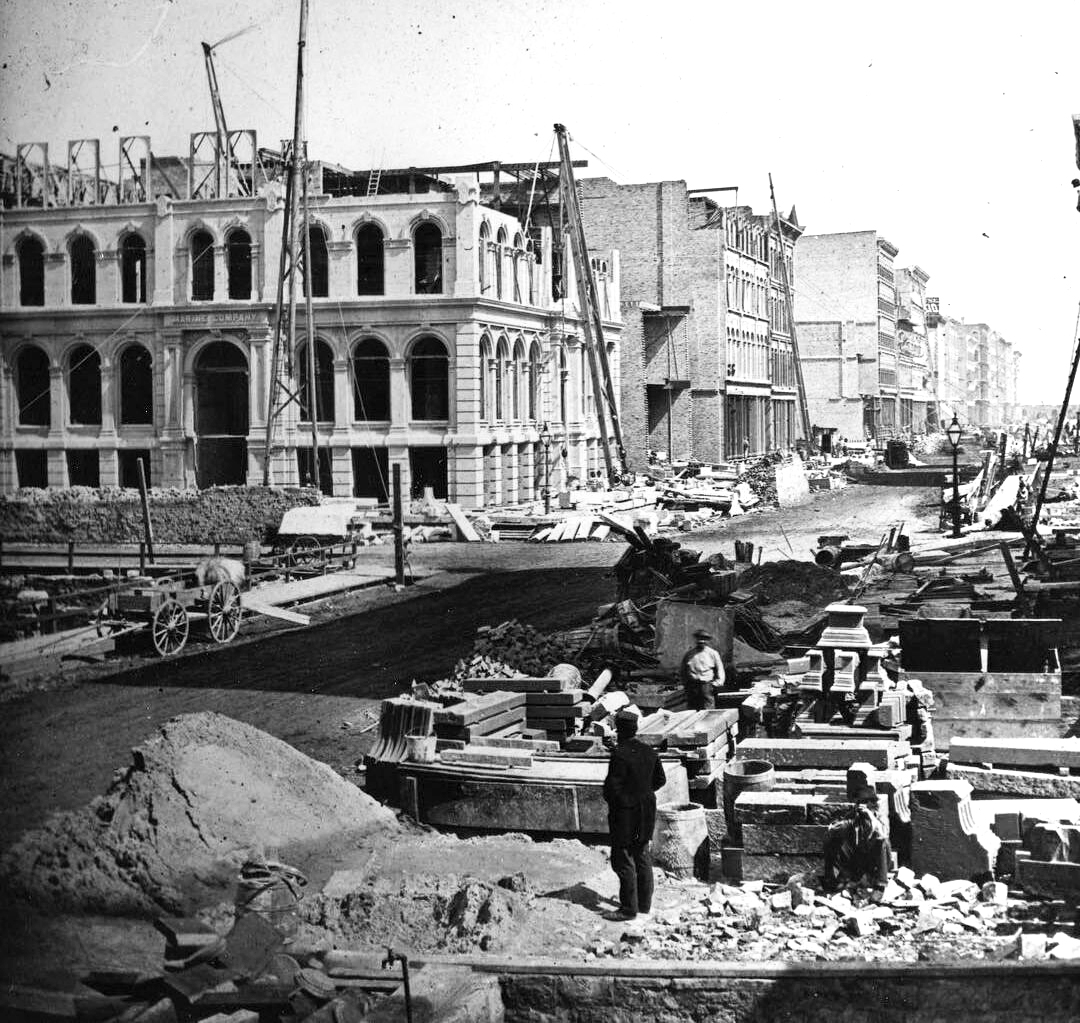 The Construction of the second Marine Bank building in 1872.

MARINE BANK BUILDING.
On the old spot a beautiful building has been erected for the use of the Marine Bank Company, and the Mechanics’ National Bank, who will occupy the principal portion of the first floor. The dimensions are 70 feet on Lake, by 80 feet on La Salle street. It is four stories high, with basement, is constructed in the classic style of architecture, with limestone elaborated fronts. It will cost $95,000. It is now ready for the roof. 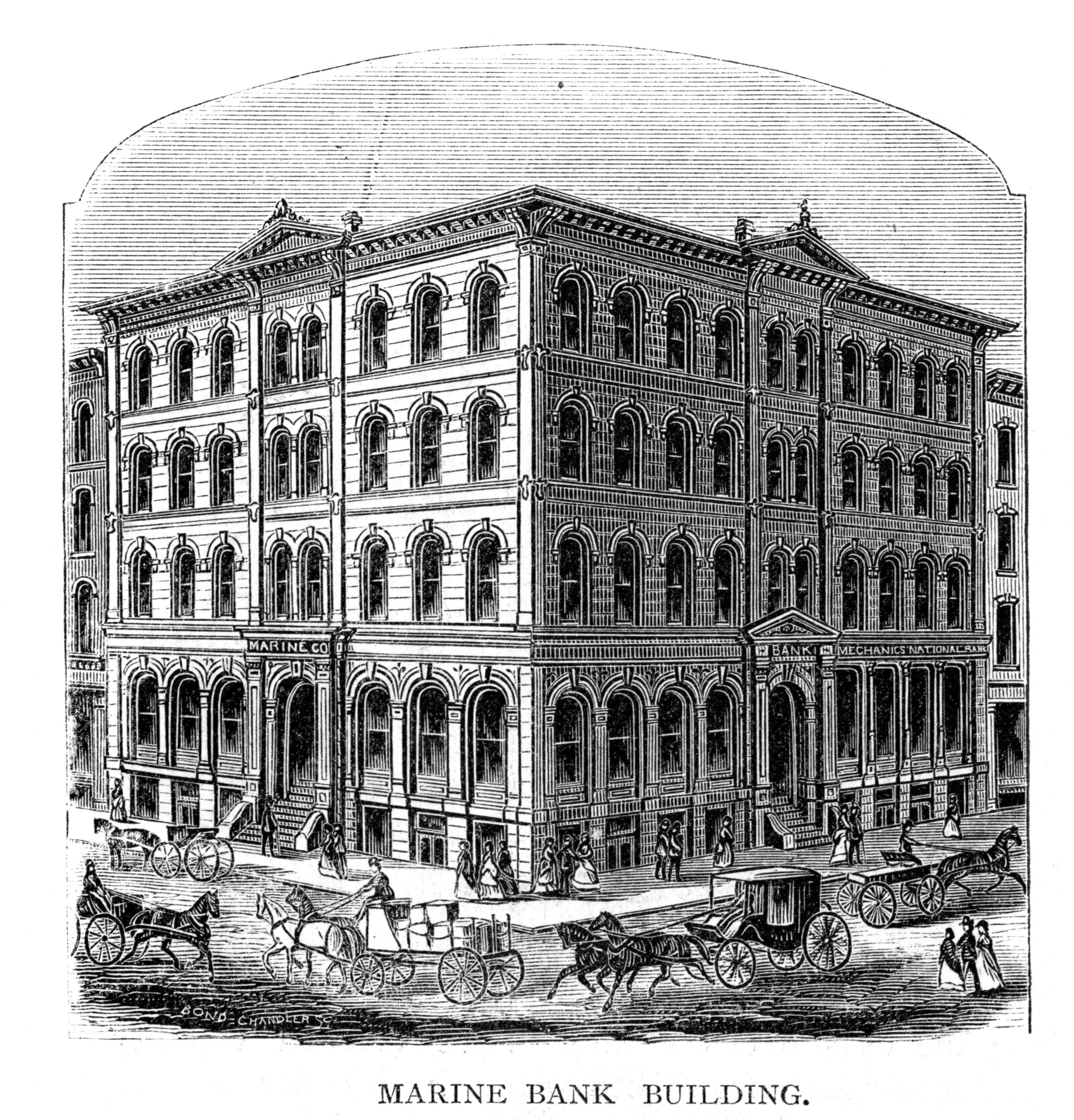 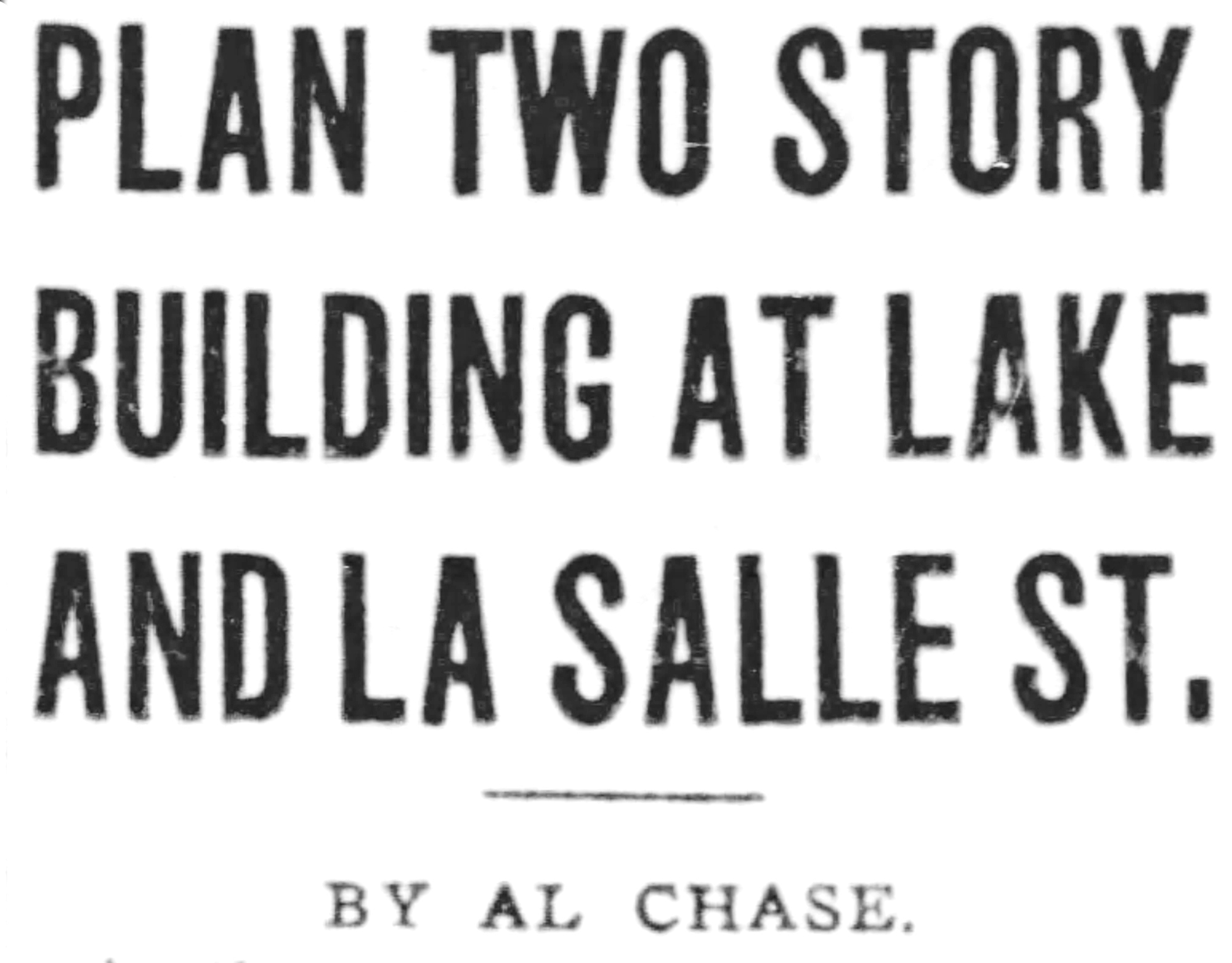 Another two story building is scheduled for the loop. Plans have been drawn by L.G. Hallberg & Co. for a brick and tera cotta structure to be erected at the northeast corner of Lake and La Salle streets. The land is held on a three year option by Roy C. Toombs, president of Toombs & Dalley, investment securities, now at 208 South La Salle street and the International Life Insurance company, of St. Louis. The transaction was negotiated by Bills Realty, Inc., representing a syndicate ownership.

The new building will replace the present old six story Marine building, home of the Chicago Mercantile exchange, which moves shortly into its new structure at Franklin and Washington. The new Lake-La Salle building will have stores on the first floor, while Toombs & Dailey and the International Life Insurance company jointly will occupy the entire second floor. It will front 151 feet on La Salle and 60 feet on Lake. Bids are now being taken. 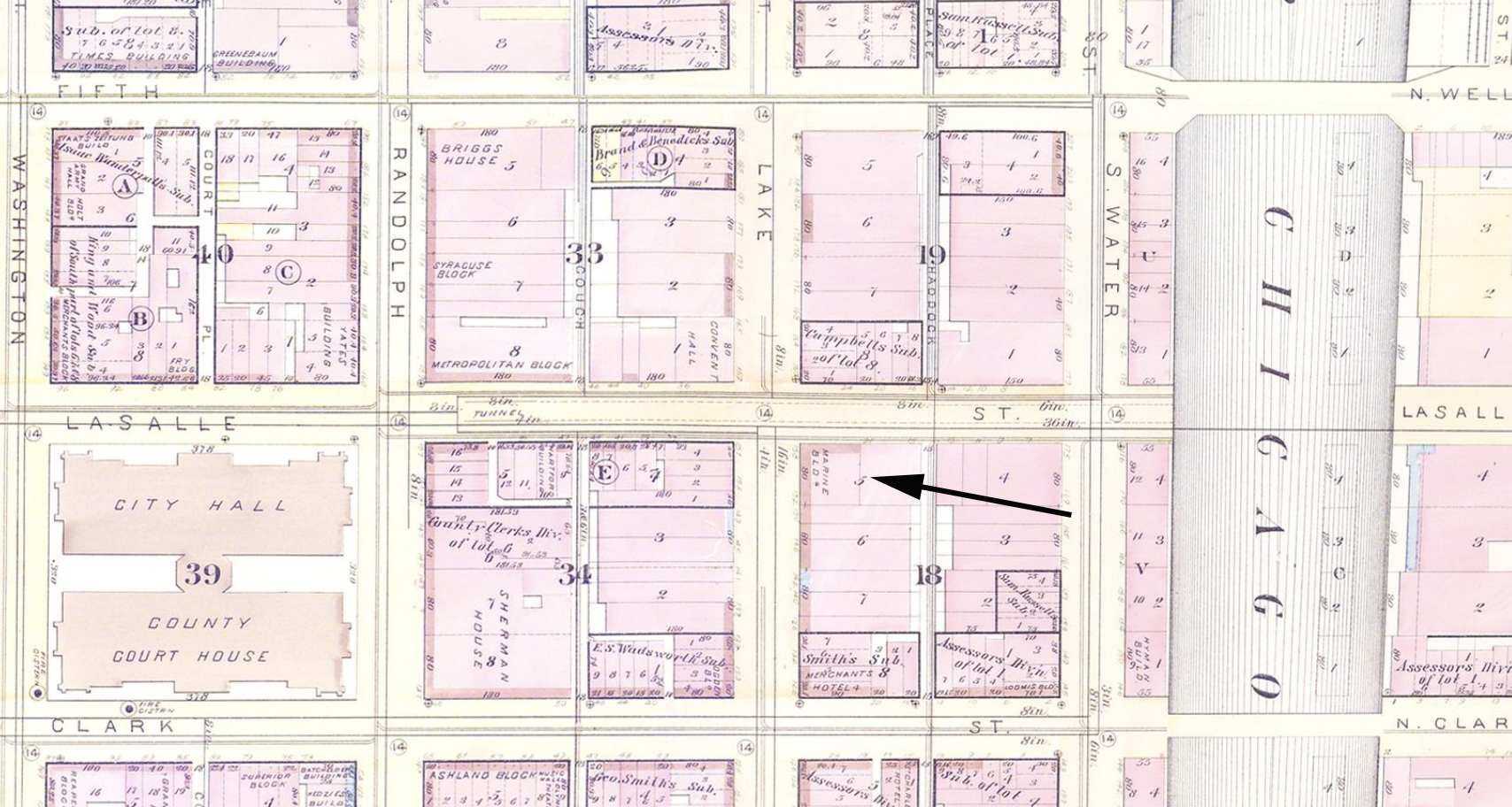 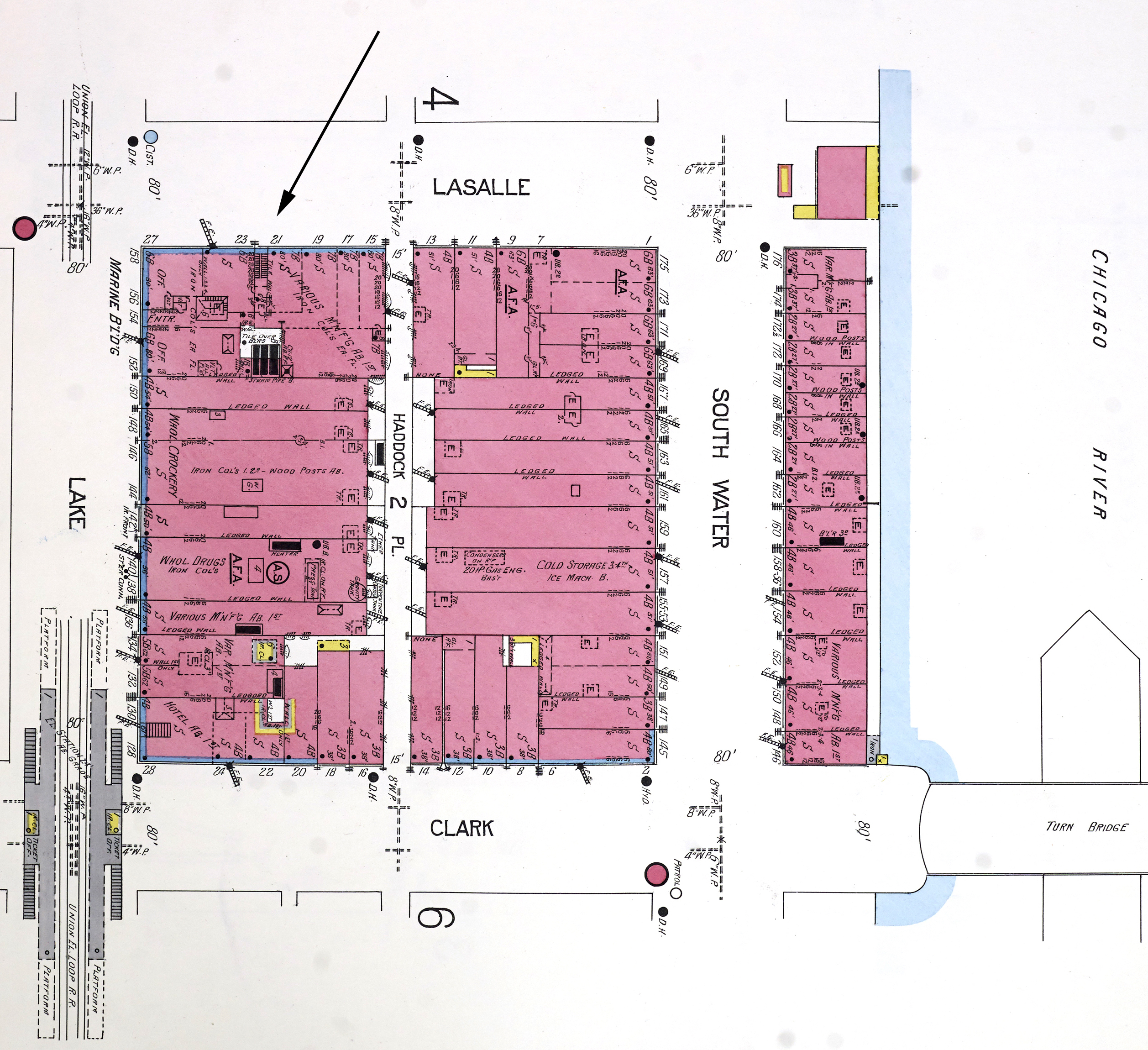