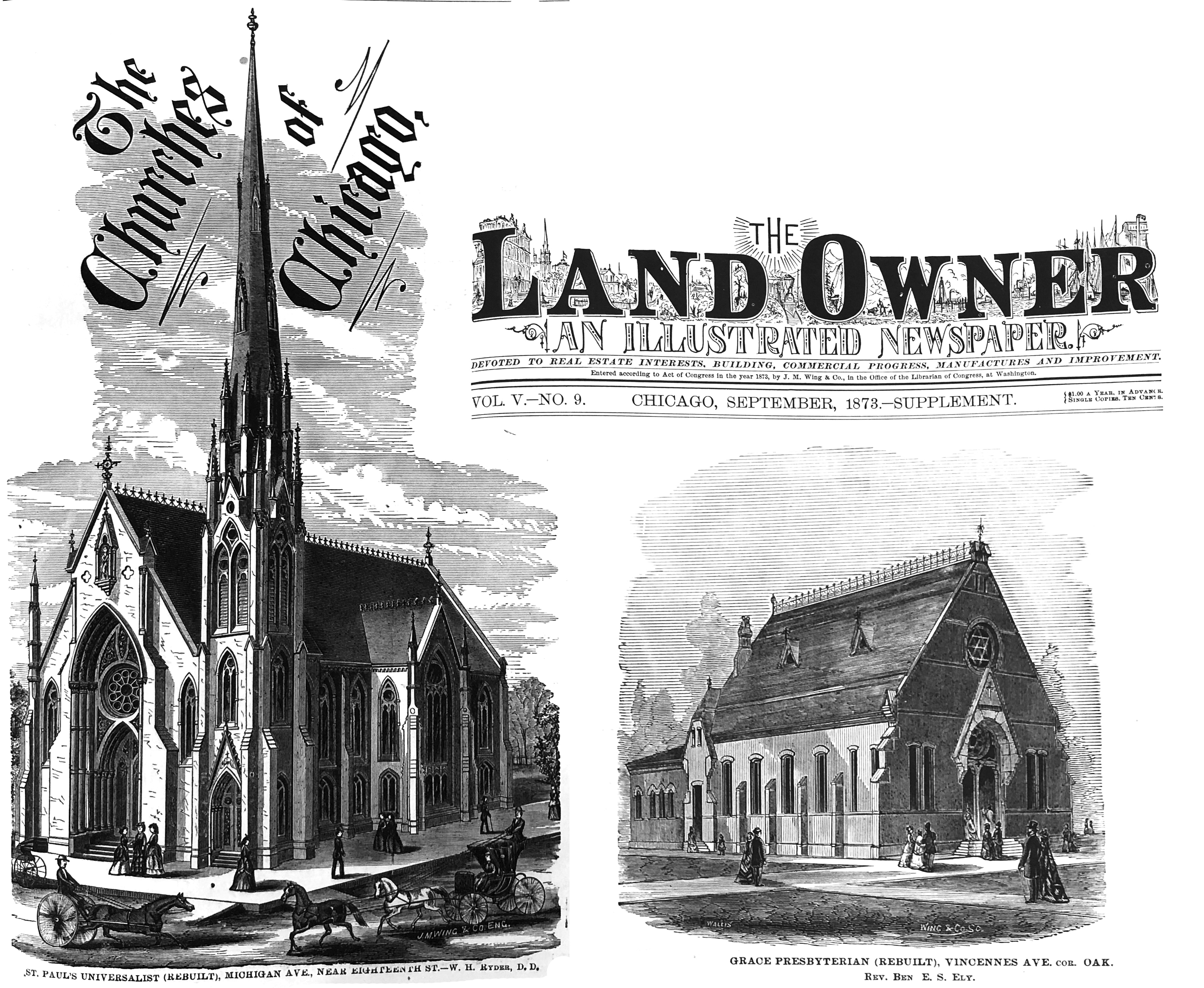 THE CHURCHES OF CHICAGO.
This city has reason to be proud of its churches—both those rebuilt since the fire and those saved from the great conflagration. Our artist has taken especial pains to portray them graphically in this issue, the pictures being drawn from the edifices themselves, with care and accuracy. It is our purpose to continue their publication through two or three numbers, until all are presented, even to the smallest mission houses, care being taken in their accurate delineation.

If it be true that the church architecture of a city gives a clue to its commerce and trade, then certainly our readers abroad can form an idea of what Chicago rwally is, from a different stand point than has ever heretofore been given. That she is not behind her sister cities in her sacred edifices, the churches published in this number significantly prove.

While the city cannot boast of any grand cathedral pile, like London of its Westminster, or Florence of its Duomo, it can certainly point with pride to the general fine character of its churches, their completeness, comfort and simple beauty. Before our artist shall have done with them, our readers all over the world will be aware of this. There is an agreeable absence of ostentation about the architecture, and a pleasant glory of humility takes its place. Our preachers, as a rule, are men of high talents and much influence. Here in this ever bustling, ever movingm noisy, restless city of commerce and greed, it is indeed a relief to pause in the pusuit of gain, and, turning aside from the palaces of trade on every hand, contemplate this long array of quiet, beautiful temples, reared to the worship of Him who, in His wonderful mercy, has so signally prospered our city, and brought us so triumphantly out of our afflictions.

The enterprise shown by the congregations burned out in the great fire, in recreating better edifices, is certainly commendable in the highest degree. This must indeed be a prosperous metropolis, that, in addition to rebuilding its stores, hotels, factories, homes, can find means to erect such churches as some of the rebuilt ones in this issue. Some outside aid has been called for and given, but as a rule the congregations have borne the burden themselves, another index of our stability as a city, and of invincible character of our citizens.

The Land Owner has here given views of churches without regard to denomination or creed. Those that are not given here will be presented in succeeding numbers. 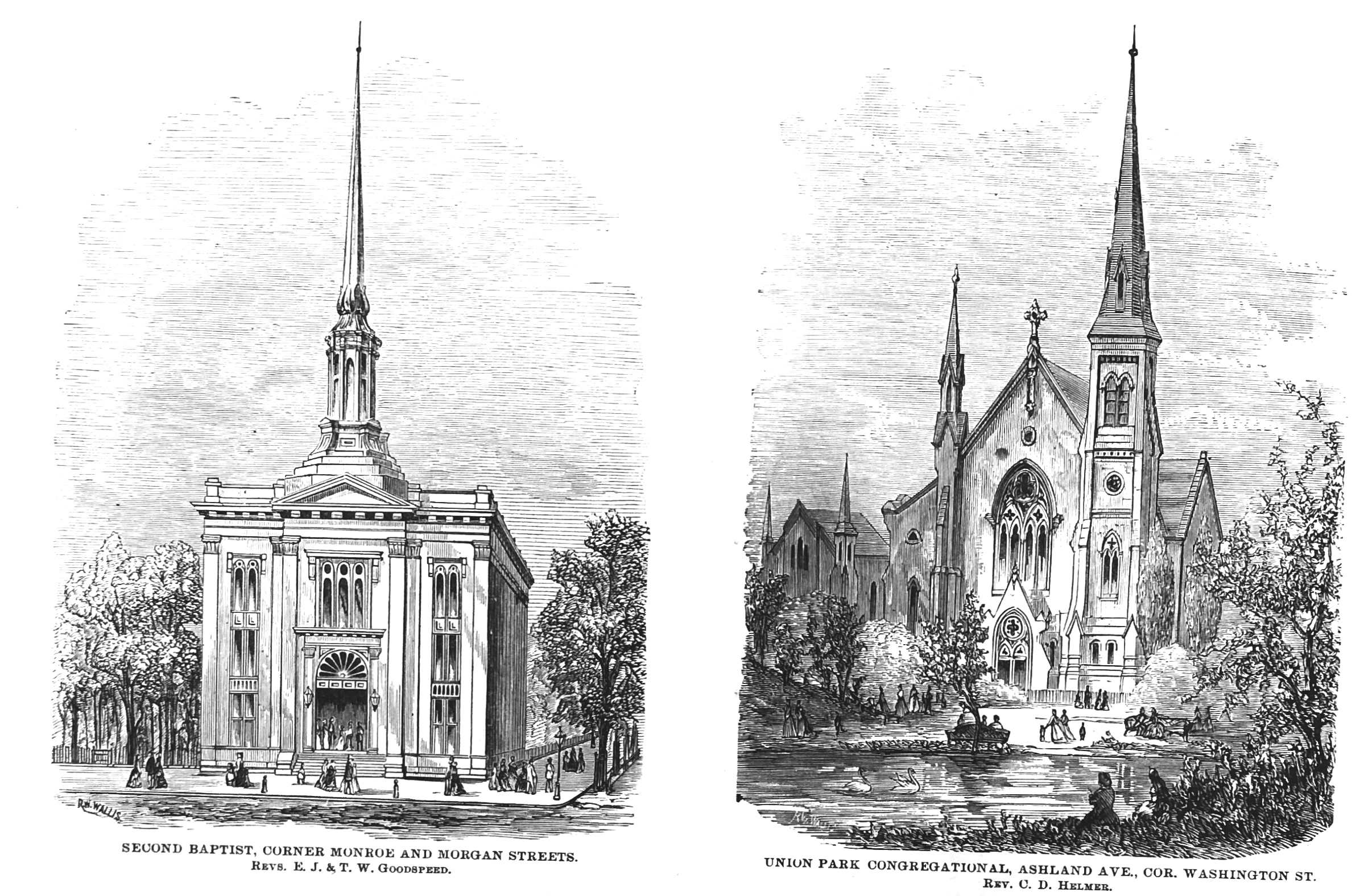 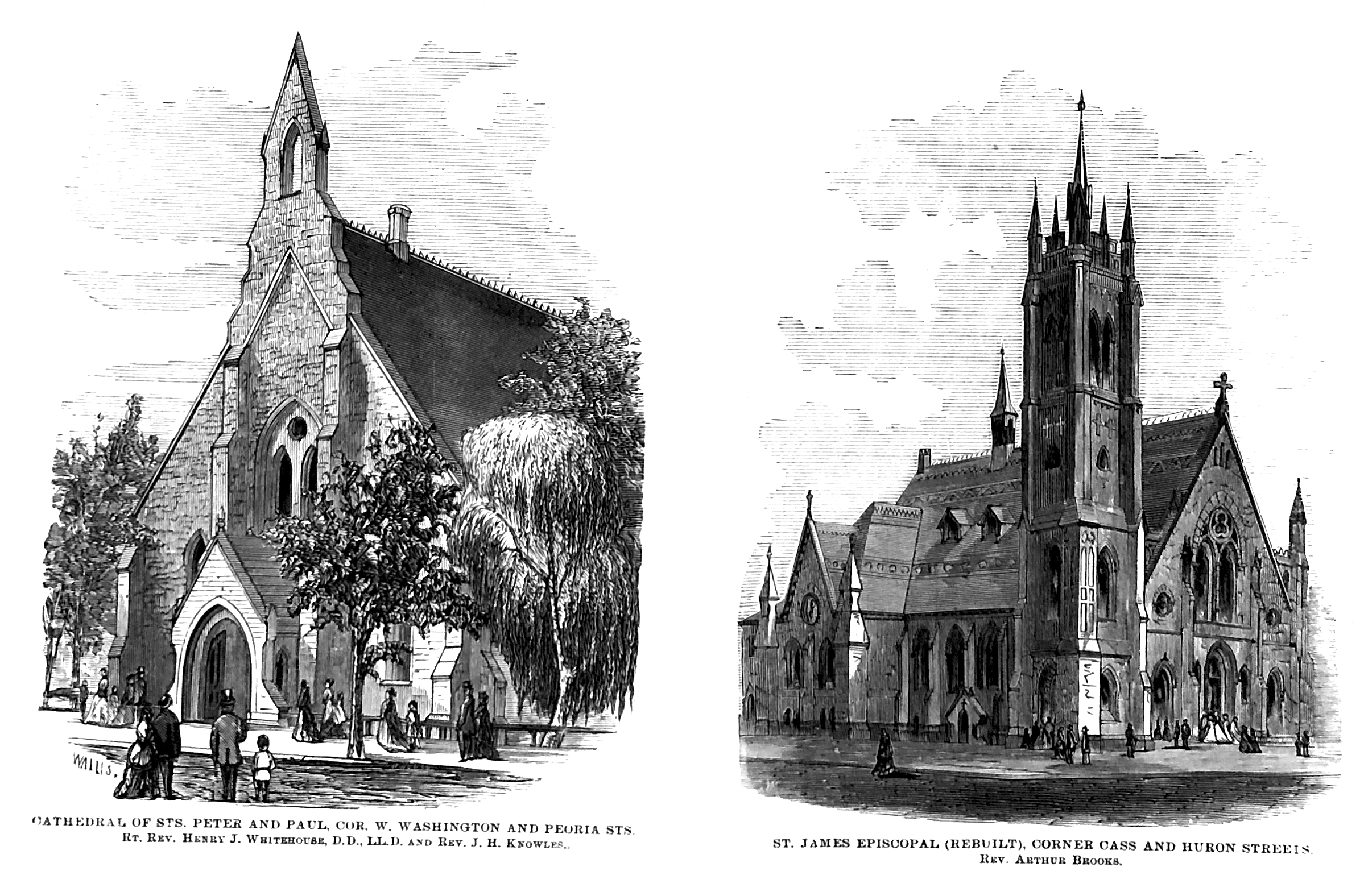 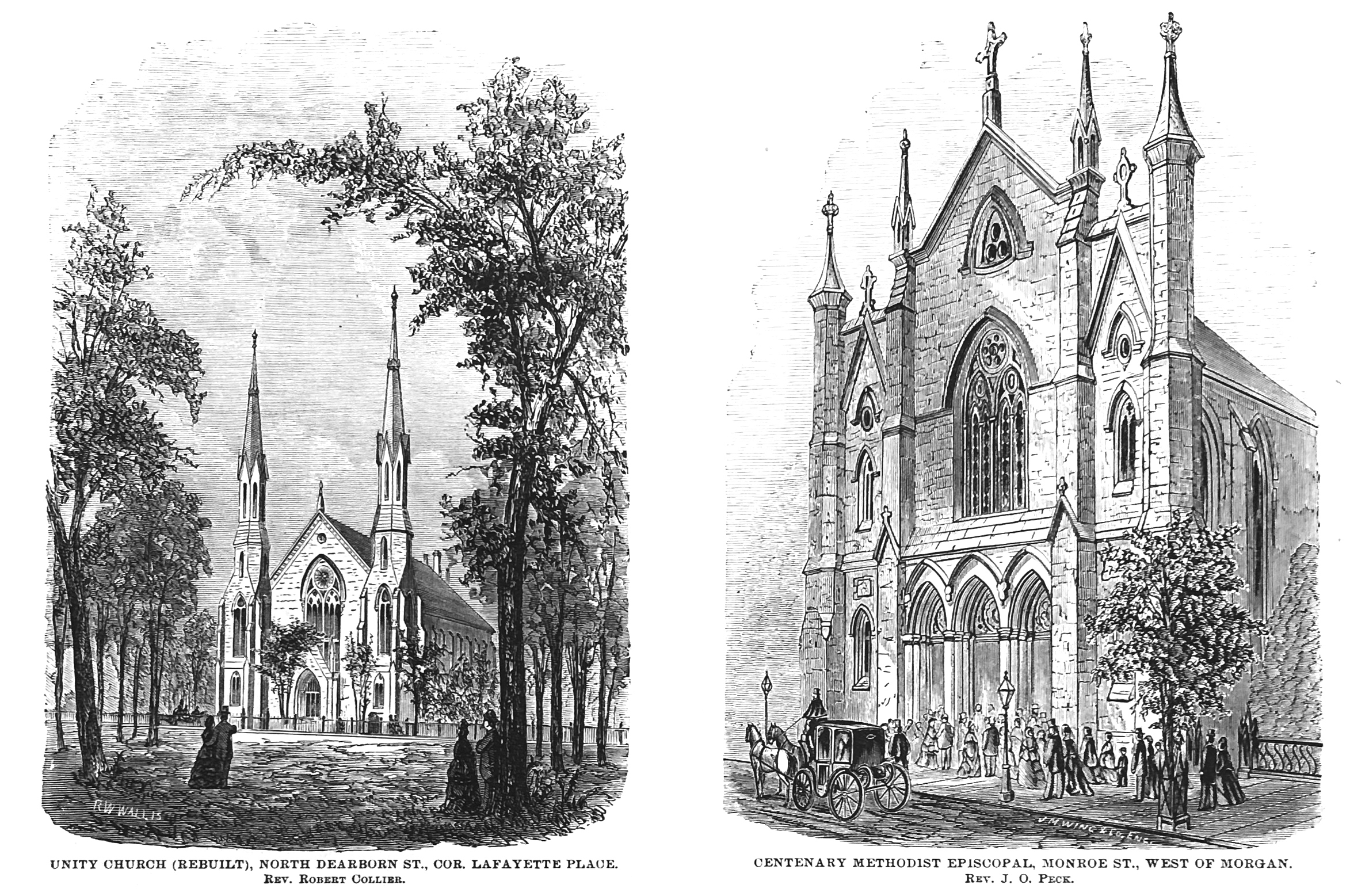 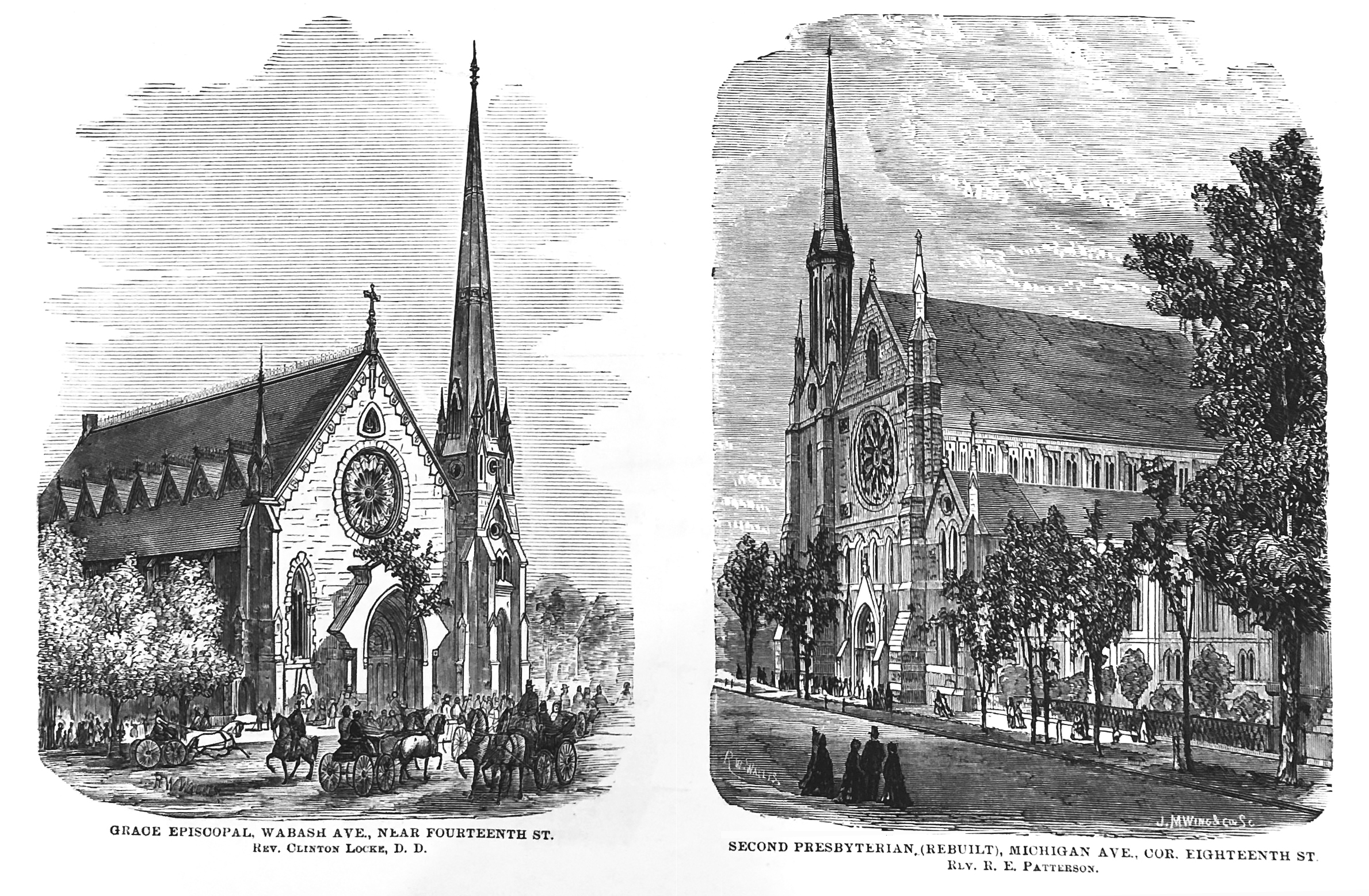 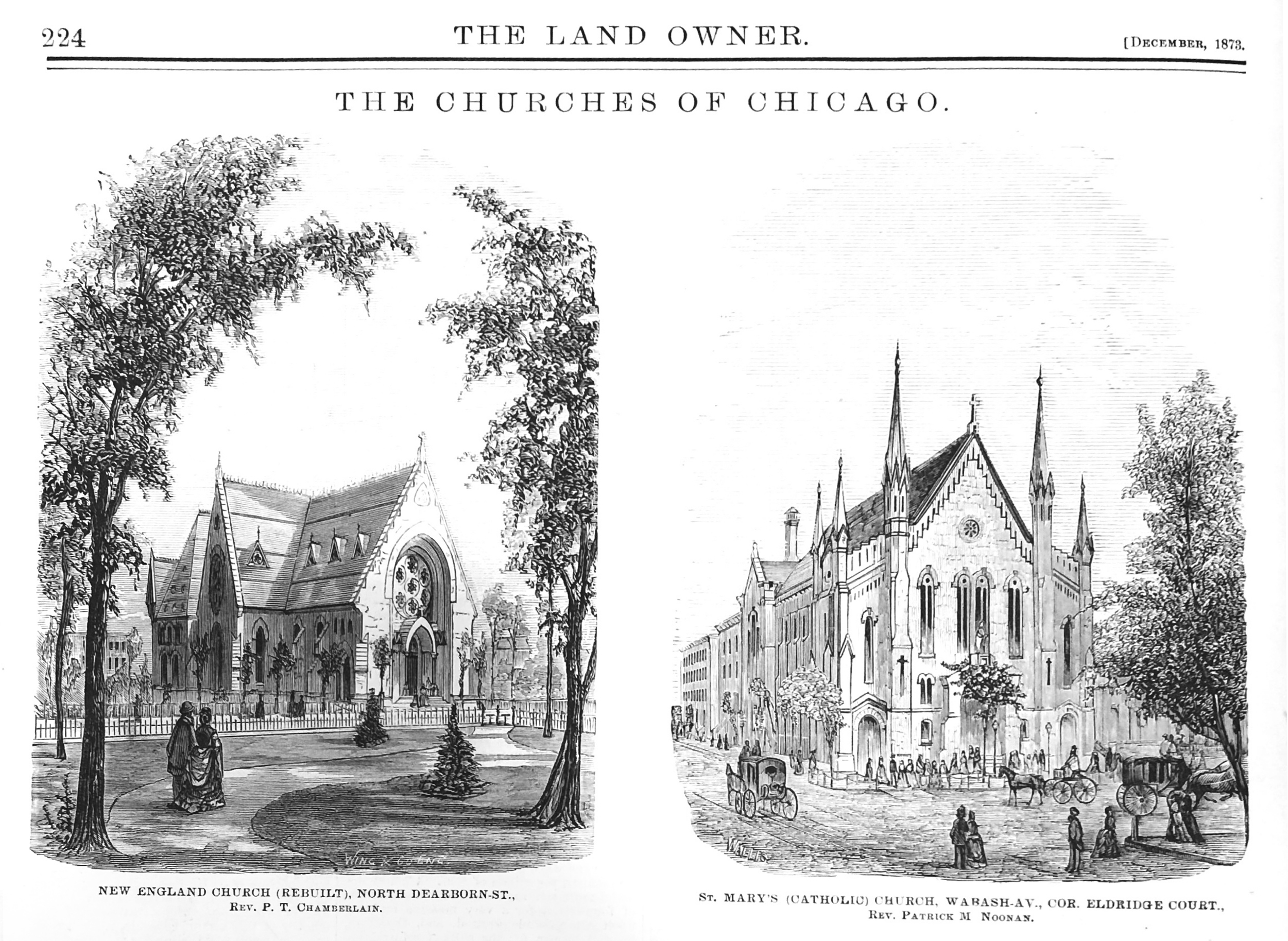 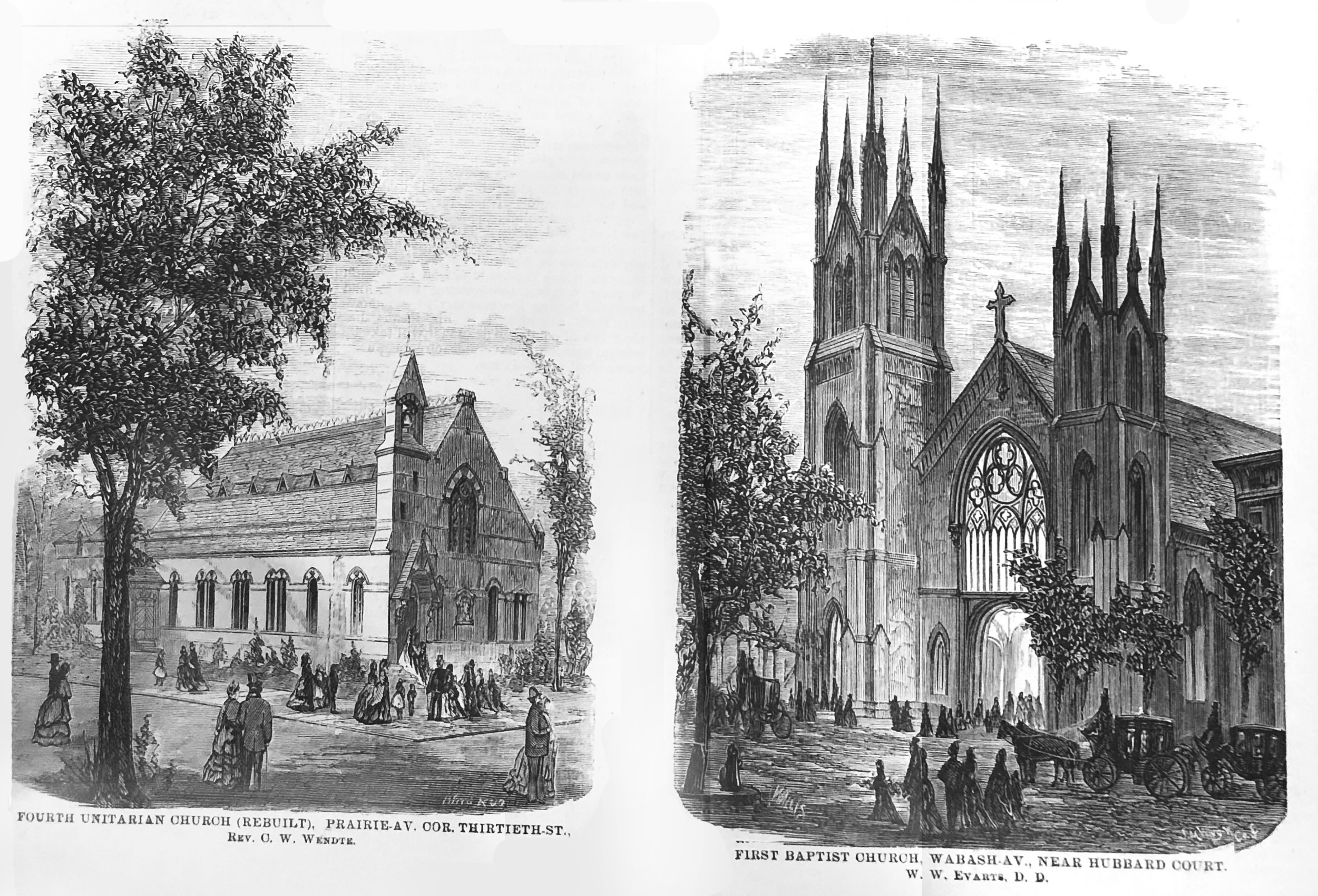 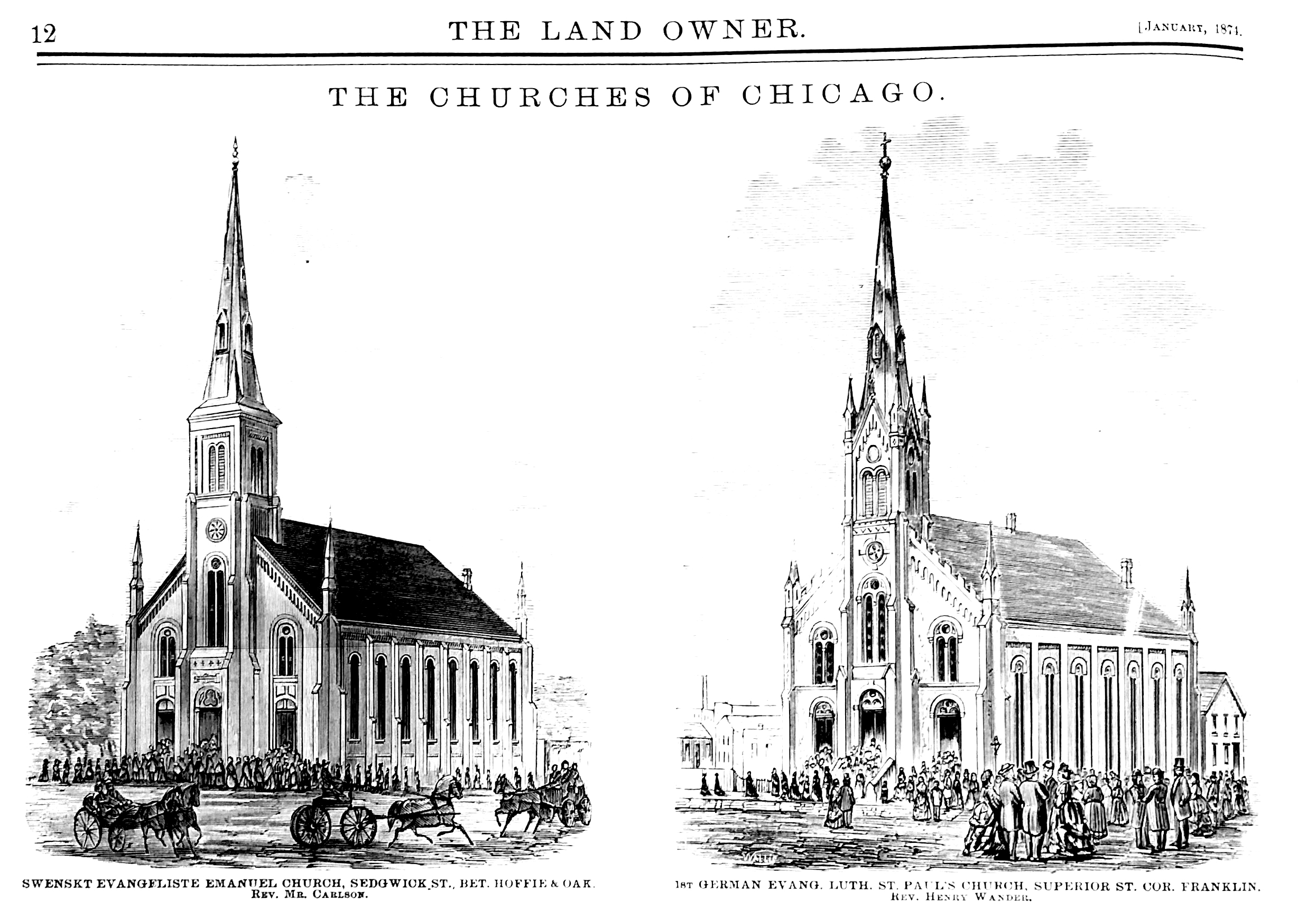 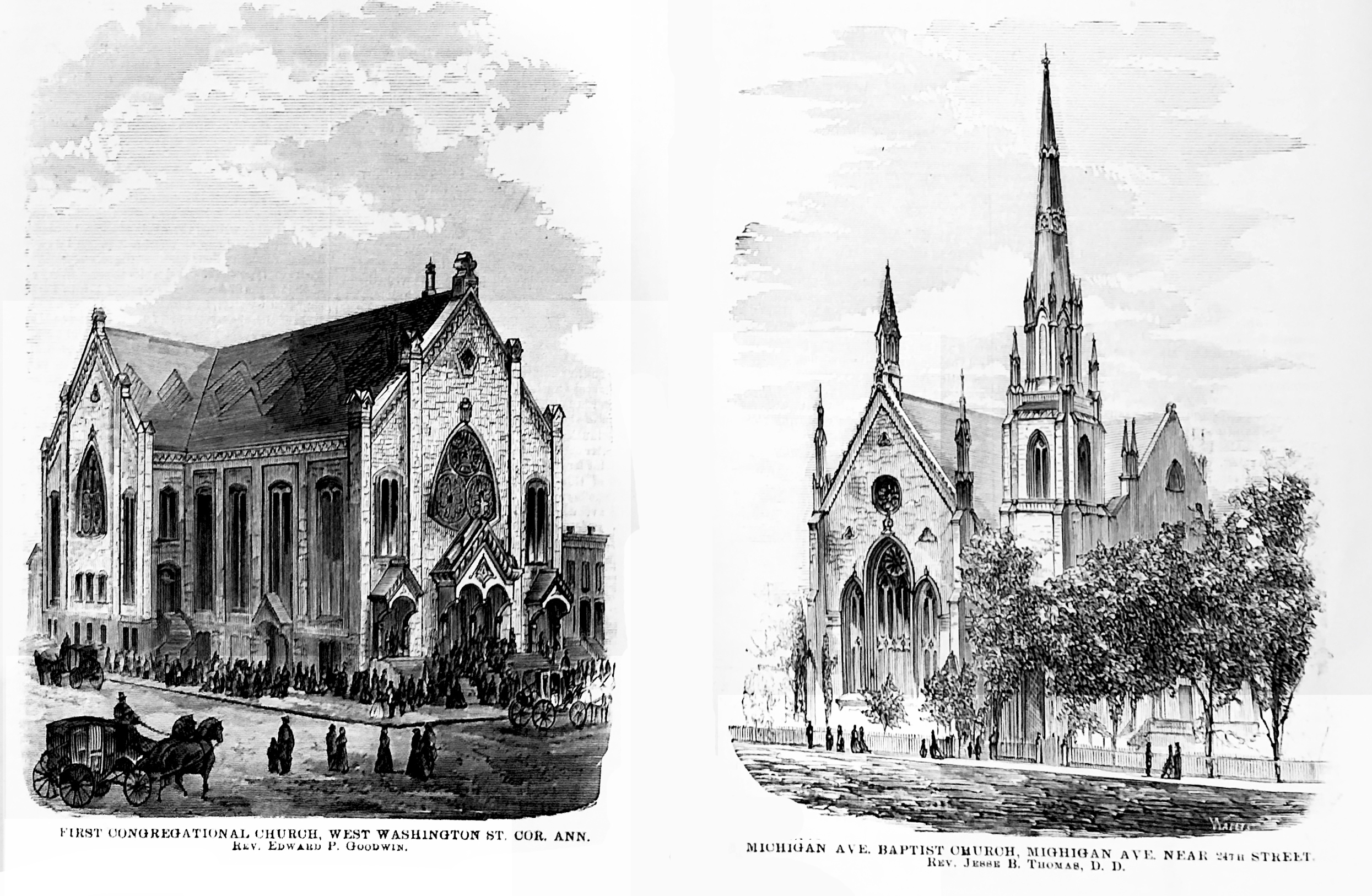 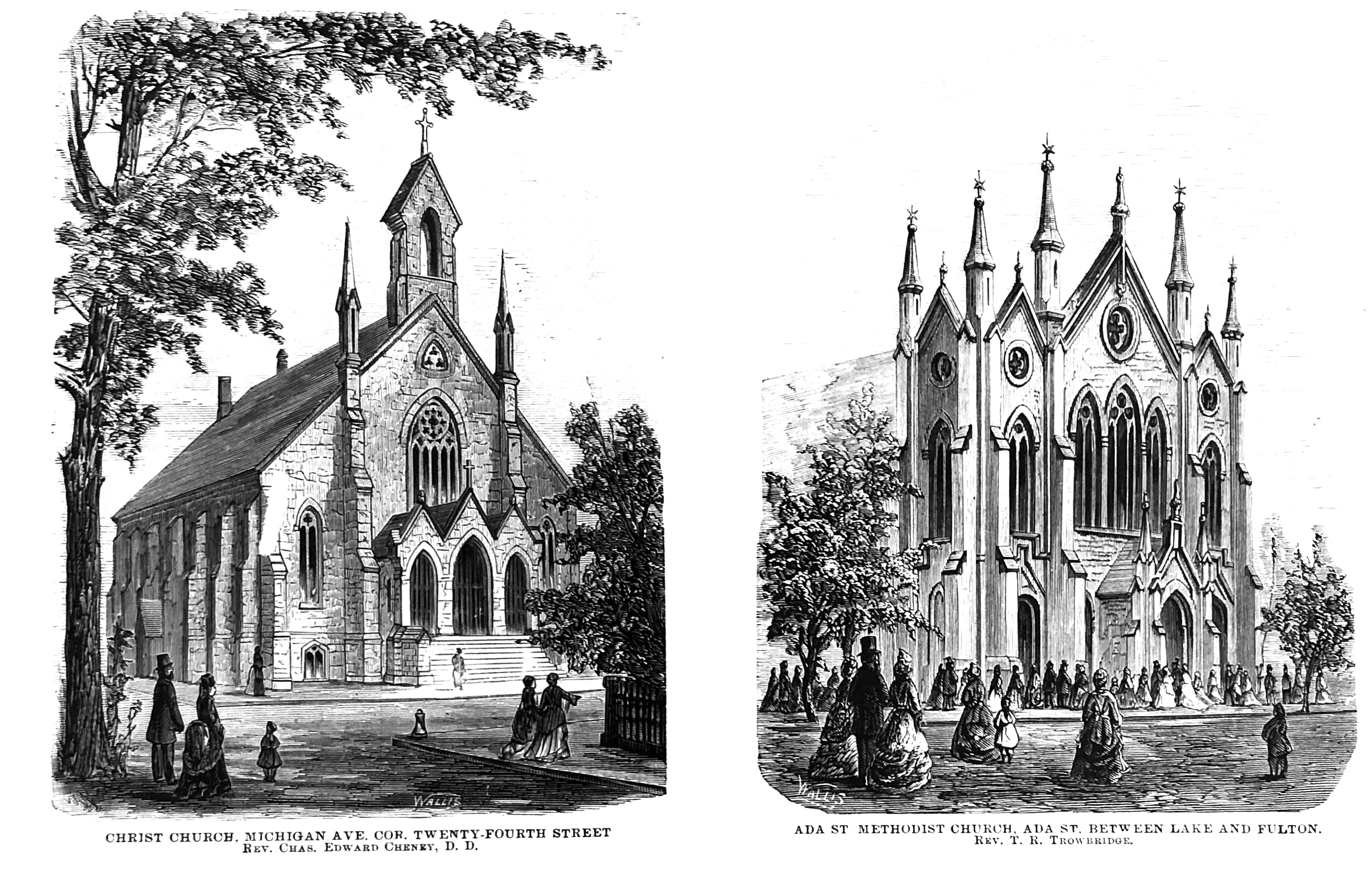 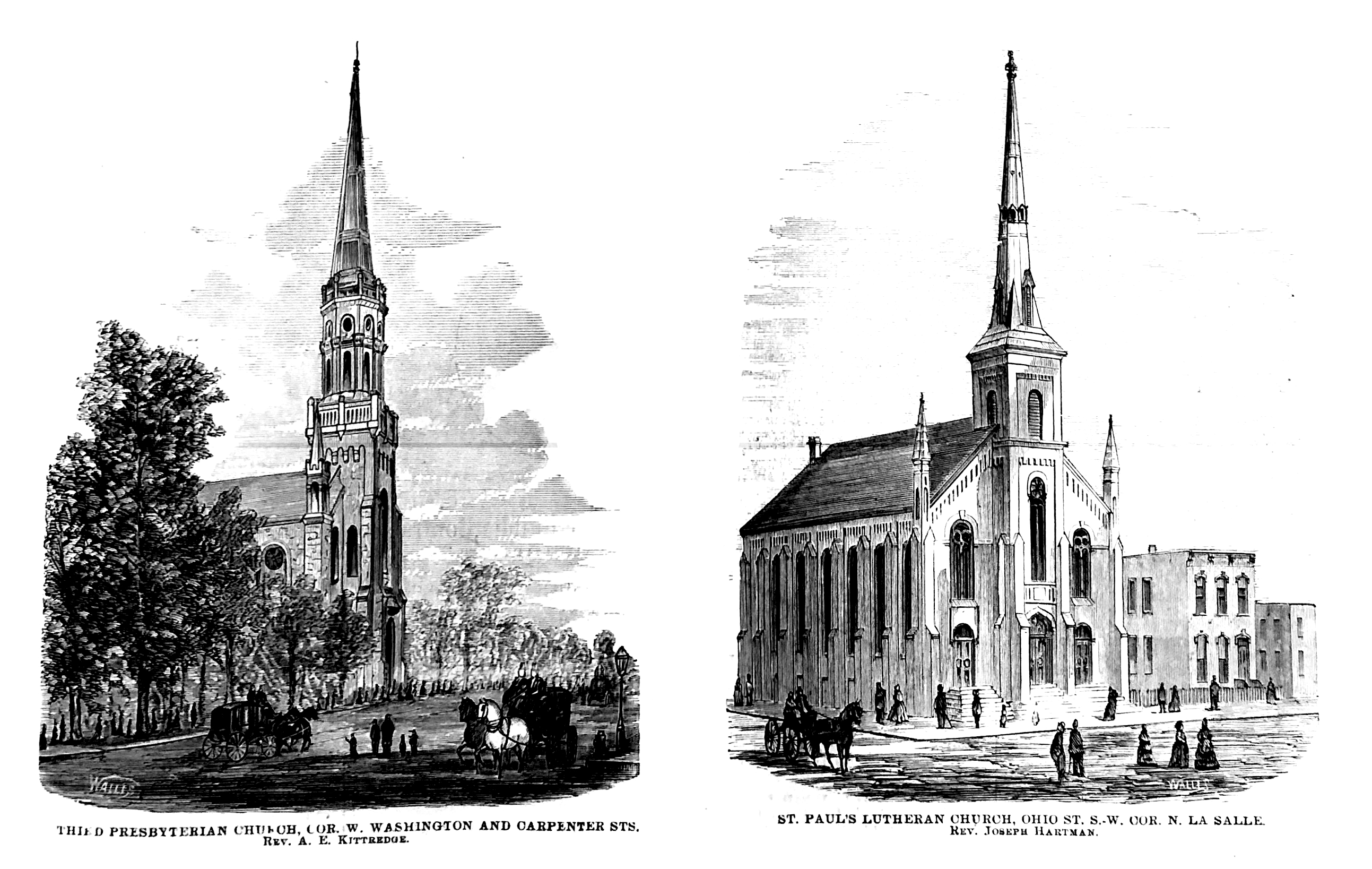 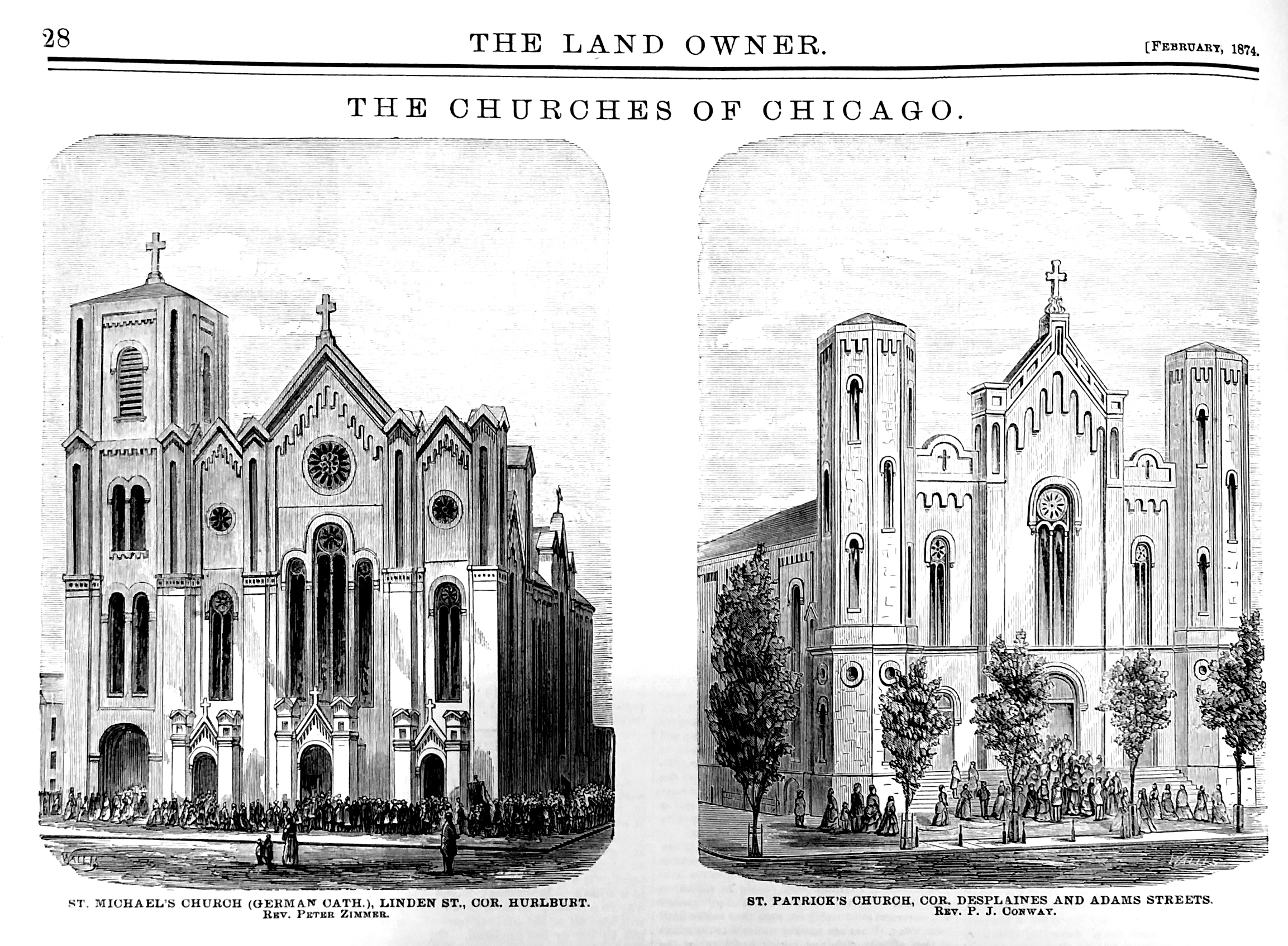 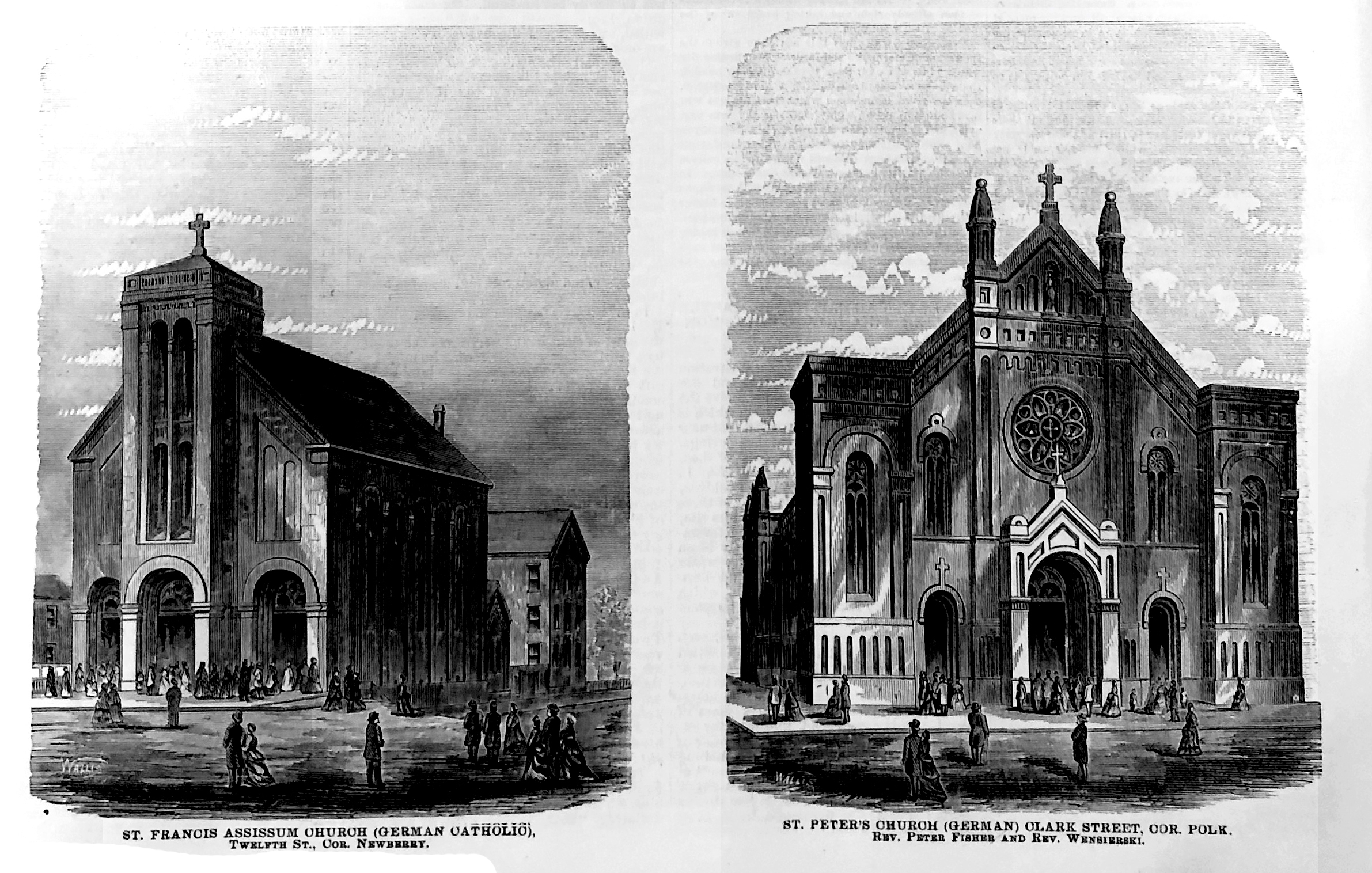 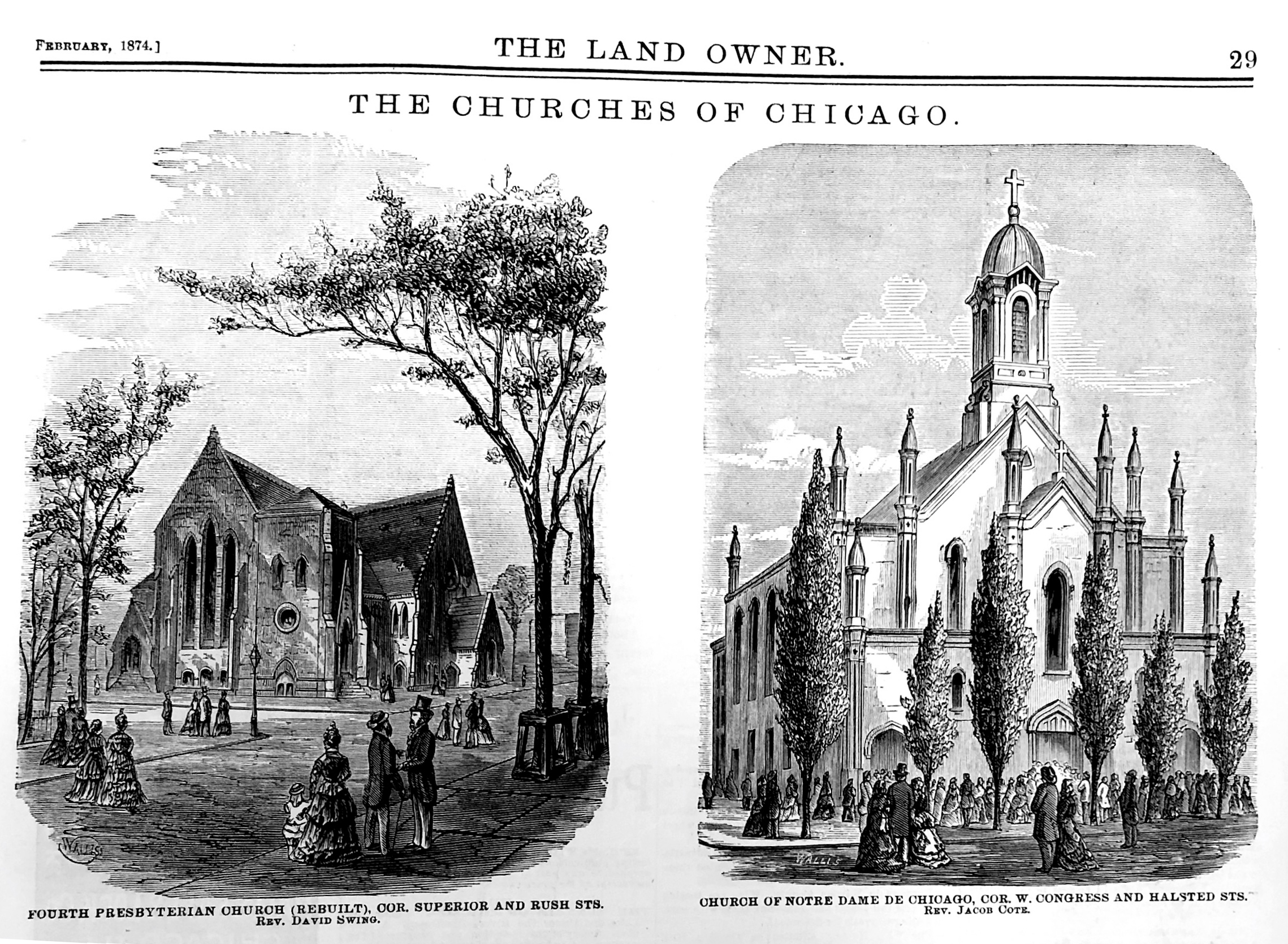