Messrs. Keith Bros. New Building, 246, 248, 250 and 252 Madison Street.
This massive and imposing building adds another attractive structure to Madison street, and stamps it as a future center of the wholesale trade. It is erected of Ohio sandstone, from plans of John W. Roberts, and presents an appearance of symmetry and tasteful design that does credit to both architect and owners. It will occupied by its builders, Messrs. Keith Bros., for the accommodation of their immense wholesale trade in hats, caps, furs, millinery and straw goods.

In this connection, and as the erection of this building marks a sort of era with this old and popular house, it may be well to mention some particulars of the firm that is adding so beautiful an office to our rebuilt city. 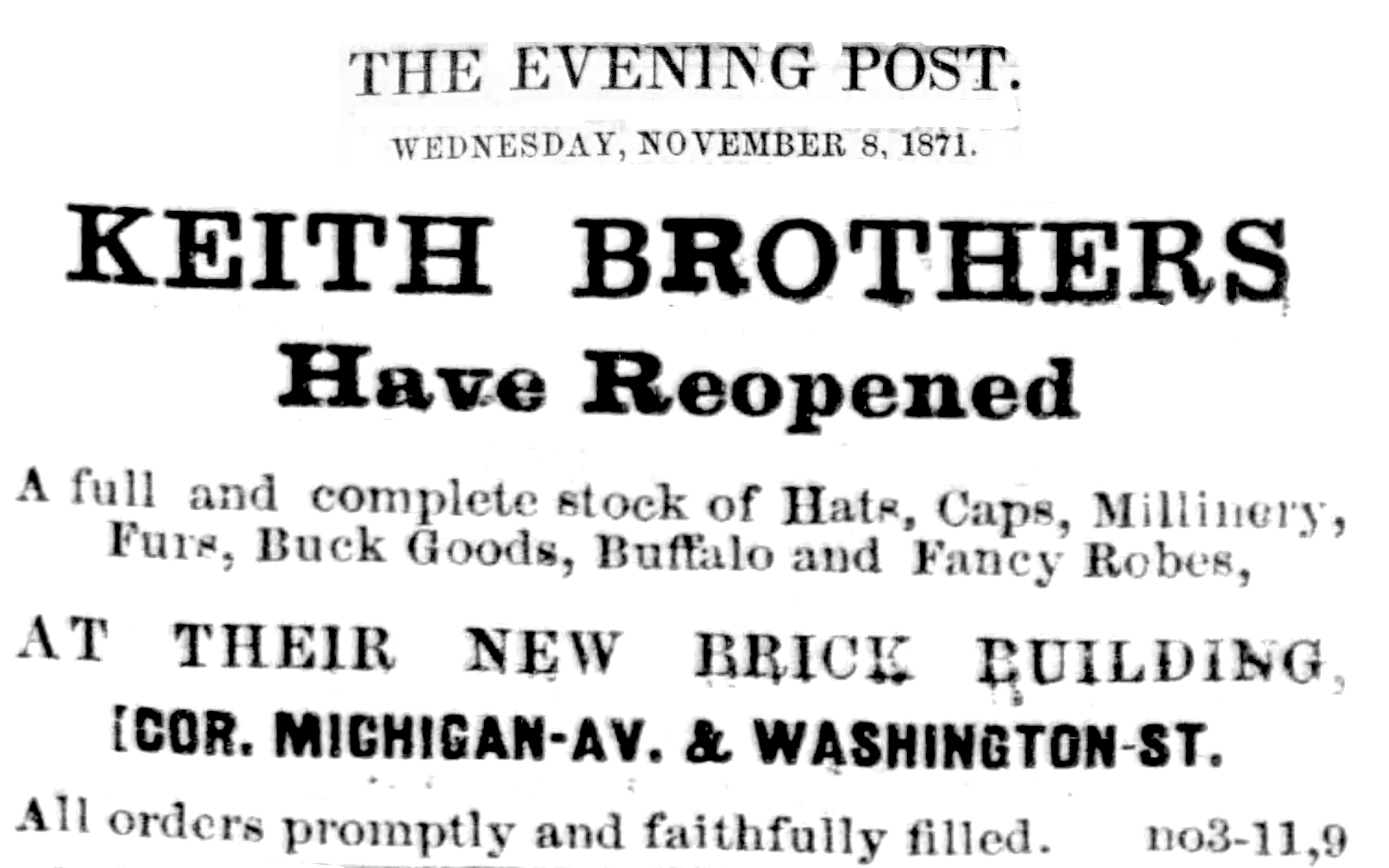 Three weeks after the great fire this house was doing business in their temporary brick building, corner of Michigan avenue and Washington street, and from which, in a few weeks, they will remove to their new and spacious quarters, which are five stories and basement, 55 by 170 feet, occupying a space of nearly sixty thousand square feet. The first and fourth floors and basement of this new building will be ready for salesrooms for the hat, cap and fur department, which also includes a very extensive line of buck goods, umbrellas, & c. The second and third floors are devoted to their stock of millinery and straw goods. As they are very extensively engaged in importing and manufacturing for this department, the display will be particularly brilliant, and of the greatest variety, which only such superb quarters can set off in a becoming manner. The fifth floor is devoted to the manufactory of furs, which this house make a specialty, and with well-deserved success. All kinds of fine furs, both domestic and foreign, are here finished up in the most elegant and complete manner. As the building has been built by this firm for their use, it will be complete in all its details and arrangements, both for the comfort of its customers, and to afford facilities for the dispatch of business. It will be heated by steam throughout, with freight and passenger elevators, making the entire building accessible in all its parts. The size of this edifice is a sufficient comment upon the extent and prosperity of gthe business of his firm, and with the largely increased facilities which this house will have in their new location, we confidently predict for them the ever increasing success which has already made them the foremost in their line of any house in America.

It will well repay our readers to glance through this building, which with its contents, is worthy of attention, not only for the variety but completeness in all its points. Outside of the trade, there are few of our citizens aware of the business done by Keith Bros., and a visit to their building, and a walk through its varied and extensive departments will repay the trouble. 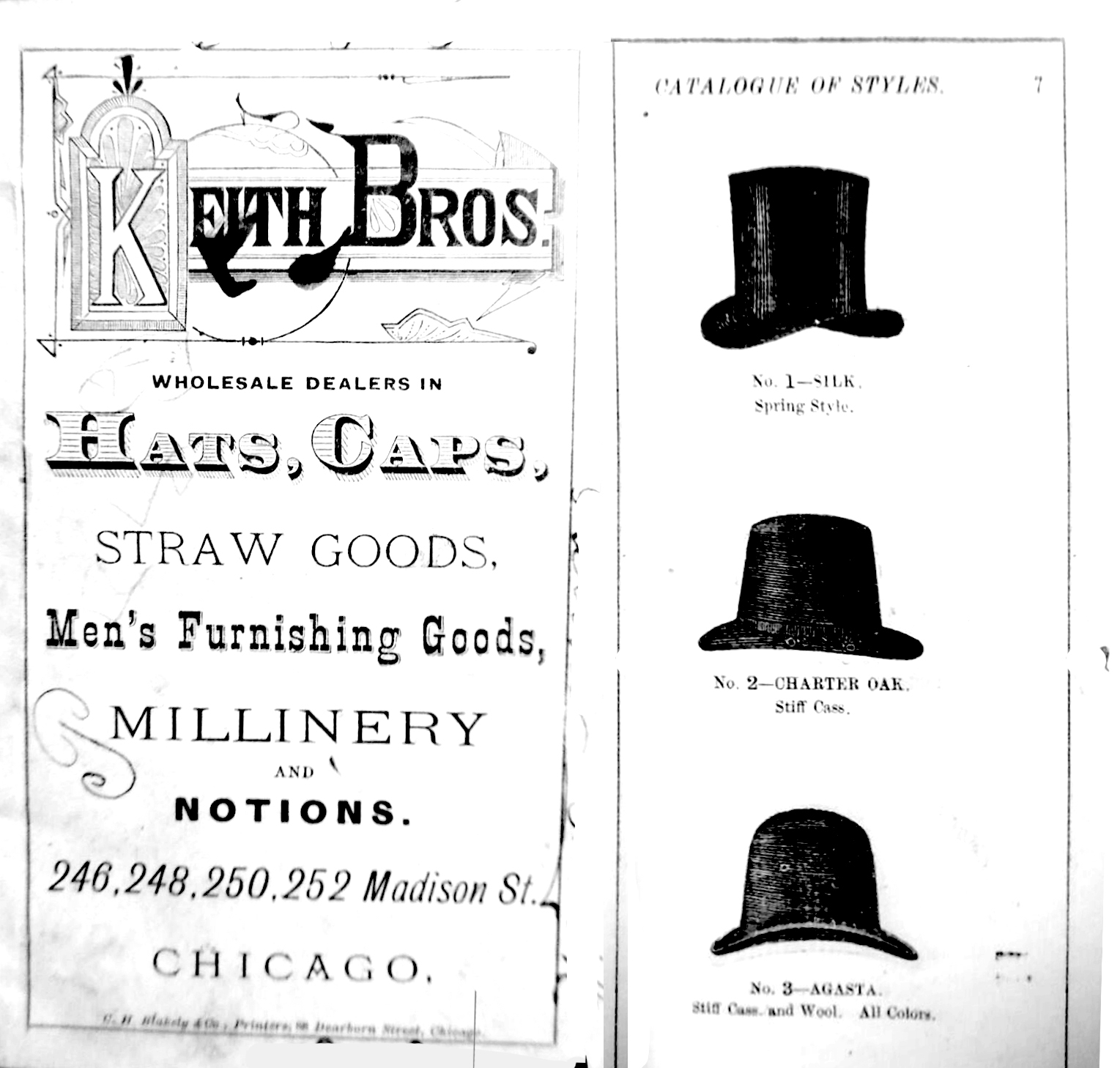 The copartnership heretofore existing under the firm name of Keith Brothers is this day dissolved by limitations.
Keith Brothers, December 31, 1878.

The undersigned will continue the Importing and Jobbing of Millinery and Notions as successors to Keith Brothers in those departments, at Wabash av. and Monroe st.

HATS, CAPS, FURS, ETC.
Keith Brothers.
Hats, caps, furs, and men furnishing goods, as one of the main wholesale interests of Chicago, have a very complete representation in the business of Messrs. Keith Bros., the foremost house in the West in this department, with a trade reaching to every mercantile community in the western half of our continent. Their warerooms now include 246 to 252 Madison street, the five broad floors and spacious basements of which are devoted exclusively to the receiving, making, handling, and shipping of the vast quantities of goods sold each season by the firm. In regard to the development of business of 1880 and its excess over the preceding year, it may be said that, notwithstanding the year 1879 was unexampled in sales by this great house, its large resources and eminent reputation enabling it to take magnificent advantage of the great commercial revival, yet the total transactions of the past year show an increase of 33 per cent over that remarkable season. Its business gas been pushed absolutely to the remotest inch of country tributary to our commerce. Messrs. Keith Bros. have long been known as the most extensive of all Western wholesale dealers in their line, their transactions with Eastern manufacturers being of so large a character as to enable them to secure goods at rates beyond the reach of houses of limited transactions,—an advantage that has been fully realized by its patrons. The house has also, in recent years, added to its business a full department of men’s furnishings,—manufacturing and importing everything in this branch known to the trade, its sales in the staples and novelties of this department reaching an enormous annual aggregate. In this class of goods, as in the case of other portions of stock, sales are so large, and the relations between the firm and manufacturers are so intimate, that they find it practicable to afford their patrons the lowest prices known to the trade. The house is a splendid representative of all that is broadminded, substantial, energetic, and progressive in the commercial system of our city, and to it, perhaps as much as to any of our great mercantile establishments, is due the prestige, the prosperity, and the business fame of Chicago. 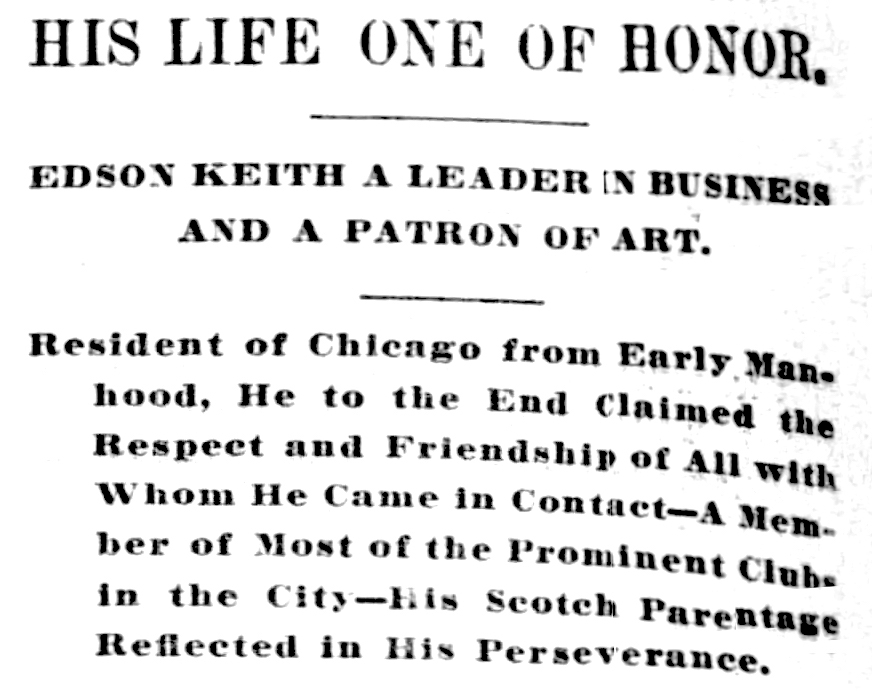 The story of Edson Keith is the story of a long, honored life. He had lived in this city from earky manhood, starting his career as a clerk in a business house forty-two years ago, and working his way upward to a long but sure ladder till he became a senior partner in a wholesale firm. His interests spread, and his ventures prospered in an amazing way. He identified himself with large civic organizations, with the Art Institute, and, in an unostentatious way, with charities. No man stood higher with his business associates and no man apparently ever had more to live for.

Mr. Keith was born in Barre, Vt., Jan. 28, 1833, and was therefore 63 years of age. He traced his ancestry to the Scotch, the Keith family having come to America in 1660. He passed his boyhood days attending common schools in his native town, and assisting his father, who was a farmer. He was one of a large family of boys.

At the age of 17 years he left home and went to Montpelier, where he spent the next four years of his life. In 1854 he journeyed to Chicago, getting a position at once in a retail store as a clerk. Two years later he branched out into the wholesale business, becoming a salesman and collector in the firm of Benedict, Mallory & Farnum, dealers in hats, caps, and furs. He was with this firm four years.

At the end of this period he associated himself with his brother, O. R. Keith, and A. E. Faxon, under the firm name of Keith, Faxon & Co. In 1865 Faxon retired, and Elbridge G. Keith, a younger brother, was admitted into partnership in his place, the style of the firm being made at that time Keith Brothers. The oartners were jobbers of hats, caps, furs, and millinery.

Mr. Keith’s brother, Elbridge G. Keith, is President of the Metropolitan National Bank, and Edson Keith was also a heavy stockholder and director in the same institution. Edson Keith had always had a say in management of the bank, which was one of his largest ventures. He was President of Edson Keith & Co., the firm which was the outgrowth of the first business; he was President of the corporation of Keith Bros. & Co., dealers in hats and caps; was a director in the Calumet and Chicago Canal and Dock company; was at the head of the large terminal grain elevator controlled by Keith & Co.; and until a year ago he was a director in the Chicago Edison company, having served since its consolidation with the Chicago Arc Light and Power company in 1892.

Edson Keith, committed suicide on September 21, 1896 by drowning himself in Lake Michigan at the foot of Sixteenth street. Mr. Keith resided at 1906 S. Prairie Avenue. 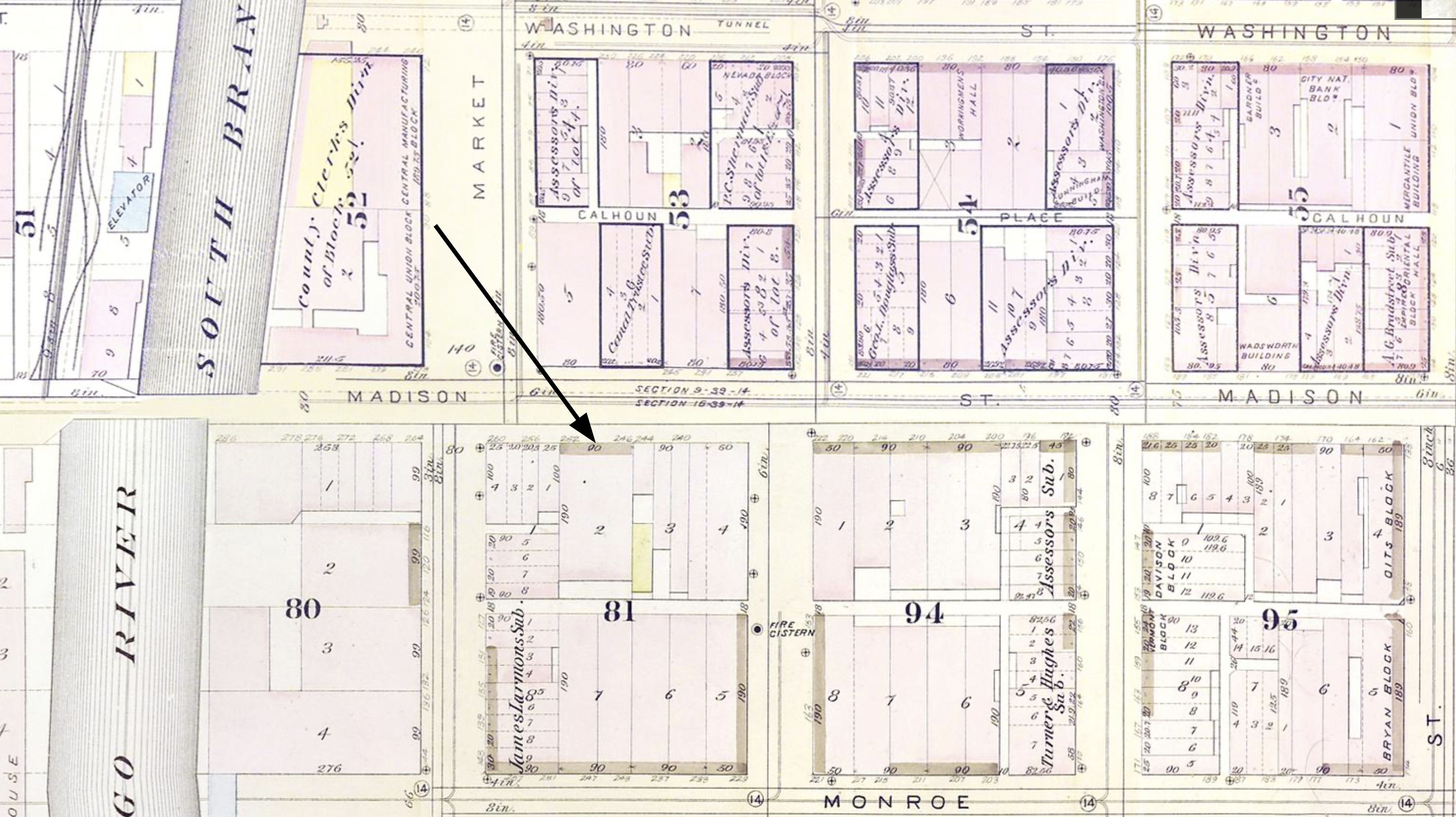 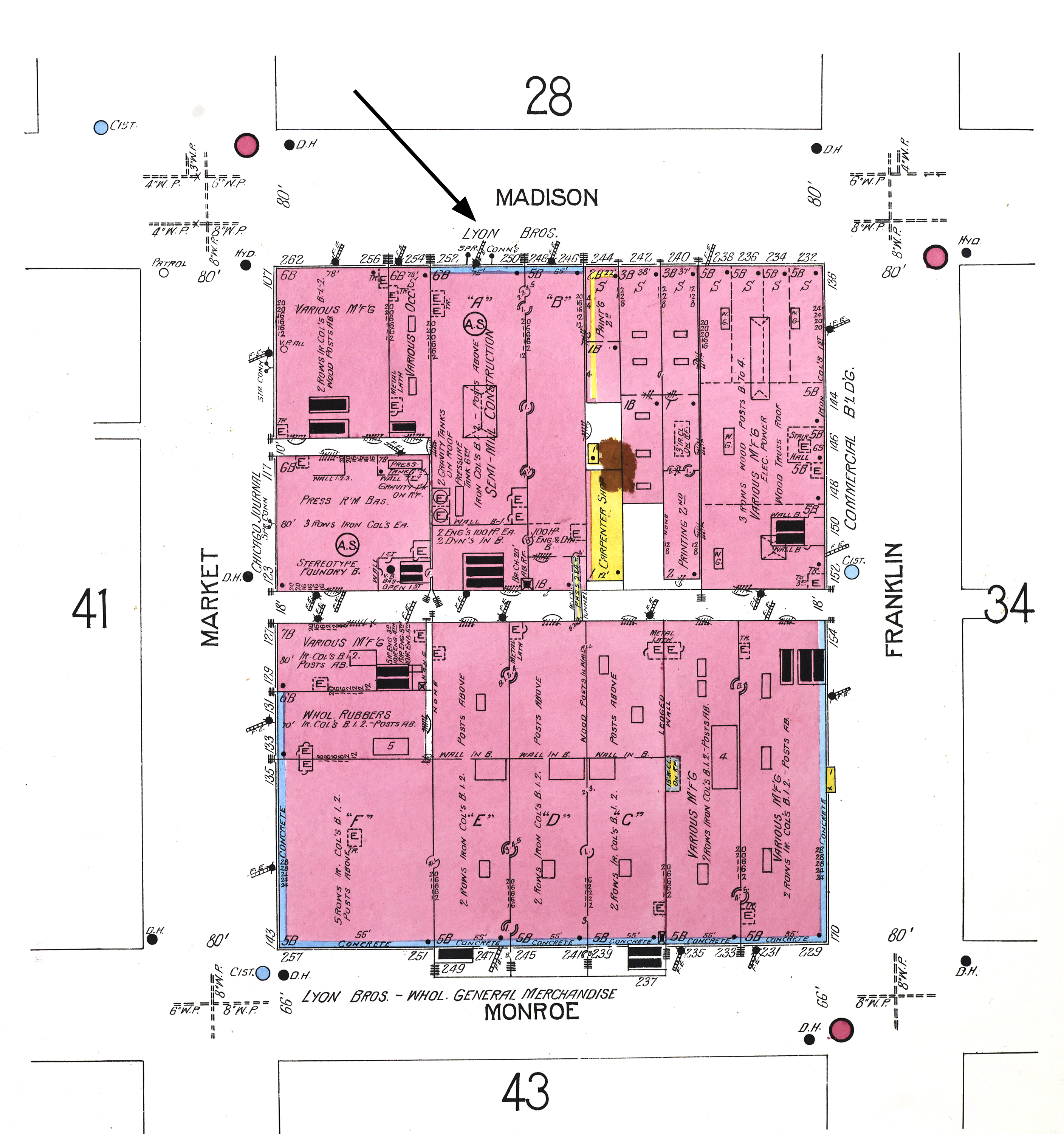