For Charles Busby, Esq., on the site of the old Mercantile Building, an office building fully equal in general character to its neighbors, the Union Building, Chamber of Commerce, and the Oriental Building. The front of basement and first story will be of iron, that of the remainder of lime-stone. The design is quite unique and original. The cost of the building—80×100 feet in size—will be $65,000.

All our citizens remember the Mercantile Building, situated just north of the Oriental, in La Salle street, as it existed before the fire, and all will rejoice at its rebuilding. The new structure which we present on page 4 of this number (below), is equal in all respects to the one destroyed, and was built by Charles Busby, a gentleman who has erected a large number of buildings since the fire. The architects are Messrs. Burling & Adler, the building being designed particularly for office purposes. The Mercantile is 80 feet front on La Salle st., by 100 feet deep, with an alley on the south side, four stories and basement in height. The style of the architecture is the Renaissance, and the stone comes from Joliet. The iron columns are from the Union Foundry. The locks are from Sargent, Greenleaf & Brooks. The cost of the structure is $75,000. 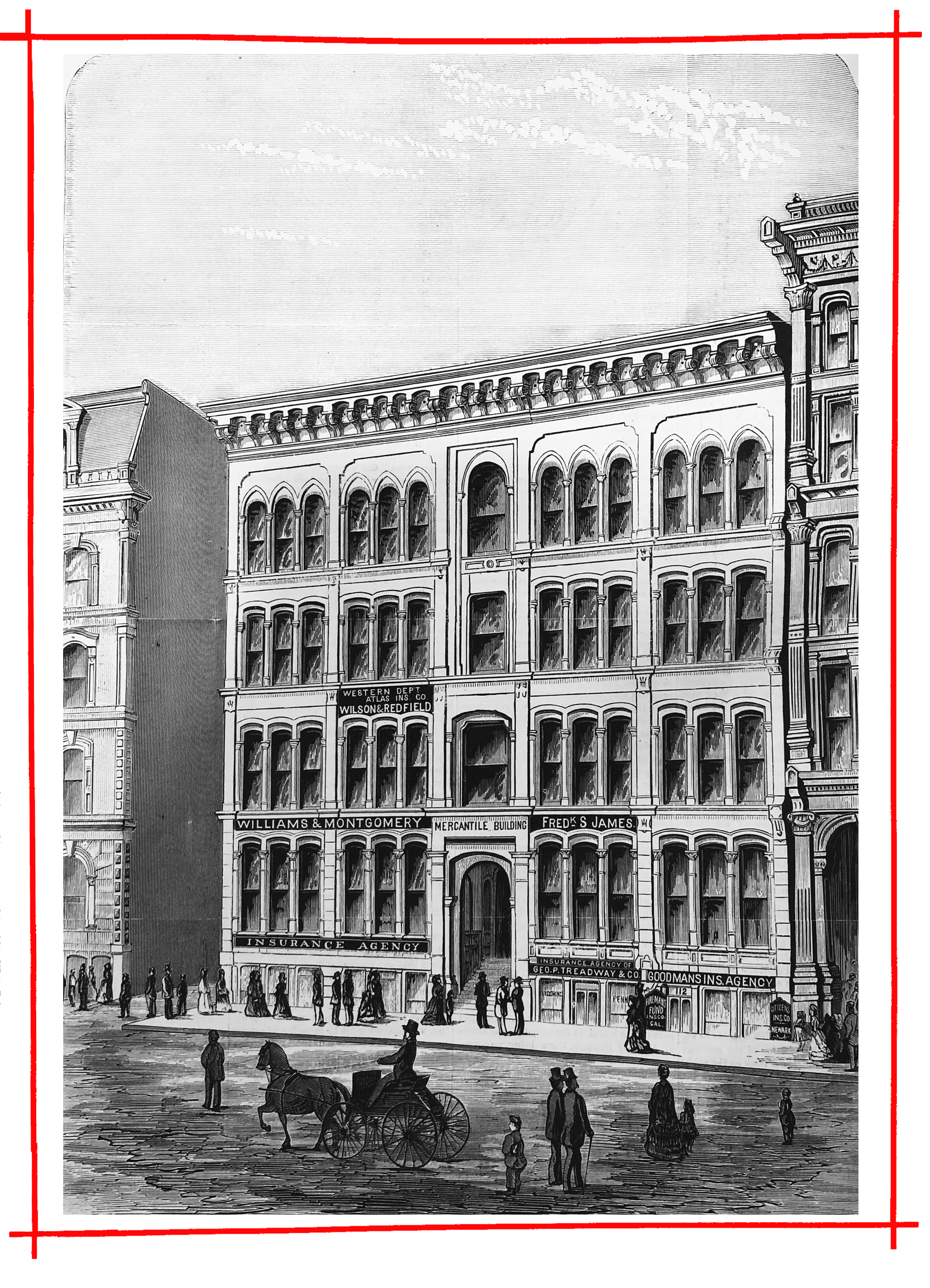 WILLIAMS & MONTGOMERY.
This insurance firm occupy one of the main front offices in the new Mercantile, which they have fitted up in a very elegant and tasty manner, and where they transact a large business. 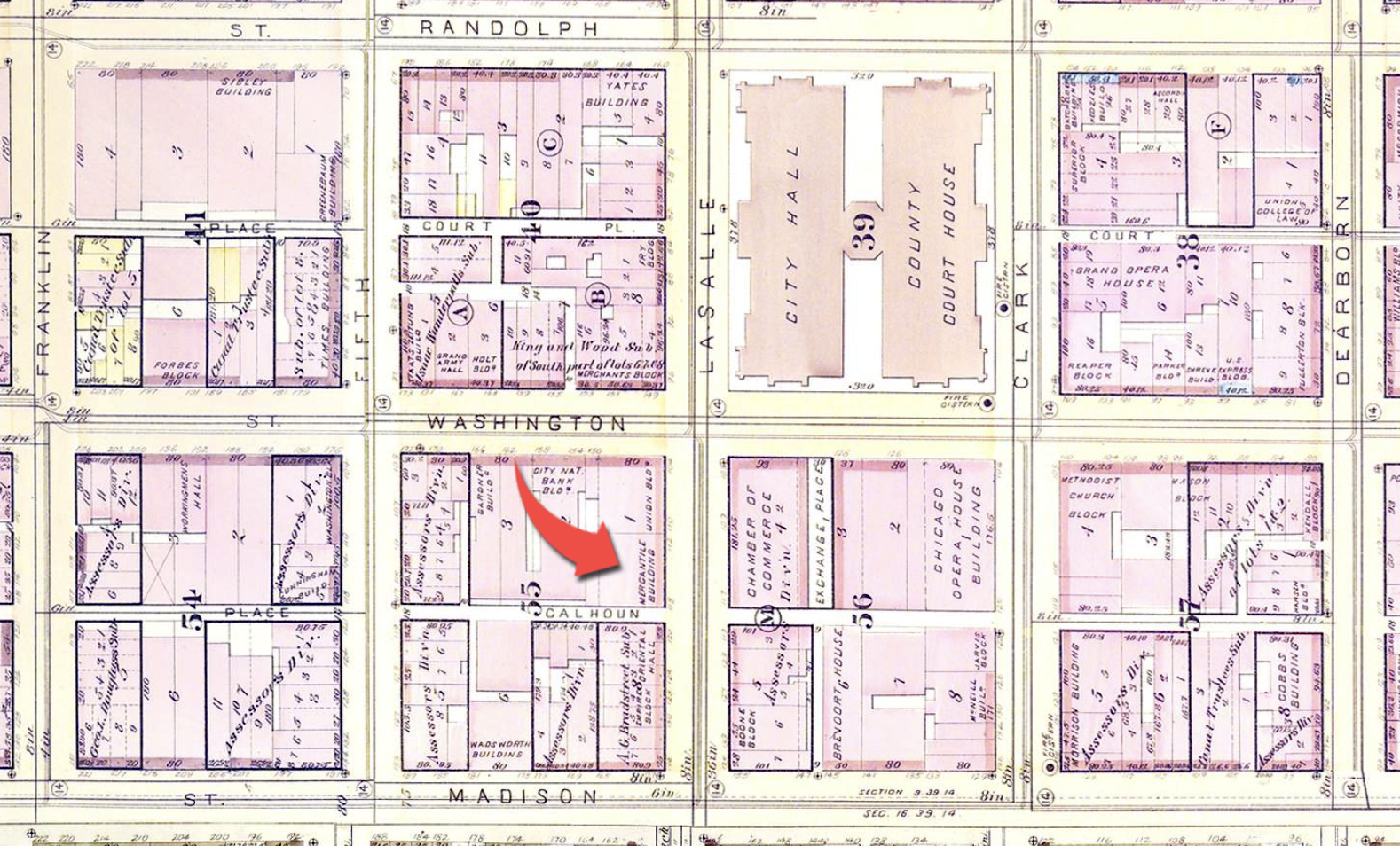