We illustrate, on page 40, one of the most beautiful and pleasing buildings yet designed since the fire, to be known by the good name of Constitution Block. This business palace is to be immediately erected at the south-east corner of Monroe and Clark streets, by joint owners—the Hon. Thos. Hoyne, Messrs. Larmon, Rubel, bailey, Page and Bigelow. When completed next fall, it will be the most attractive structure in that section of the burnt district. The front on Clark street 190 feet, and 90 on Monroe, adjoining the building now in process of erection by Messrs. Culver, Page, Hoyne & Co. The Clark street front presents a beautiful facade of iron and plate glass for the first story, and Constitution sandstone,1 from the southern part of Ohio, for the upper stories, finished on top with iron cornice, pedimented and balustraded, making a distinct front for every 48 feet. The corner on Monroe street is quarter rounded, and has an imposing portico for the main entrance to the store—all to be of iron, and handsomely ornamented. The stores are all built in such a manner that two of them—each 24 feet—can be thrown into one. The second and third stories are well arranged for offices. There will be brick fire-proof vaults in all the basements and second floor. The fourth story over the Masonic lodges, there being entrances from both Clark and Monroe streets. It is expected that the building will be ready for occupancy in September. The cost will be $150,000. Mr. Otto H. Matz is the architect.

The south 50 feet of this block, belonging to Mr. Bigelow, will be divided into large salesrooms, which, having side lights on the alley, will render them especially desirable. They will have elevators, and everything needed by business houses.

The design of this block render it one of the most attractive structures of our rebuilt city. 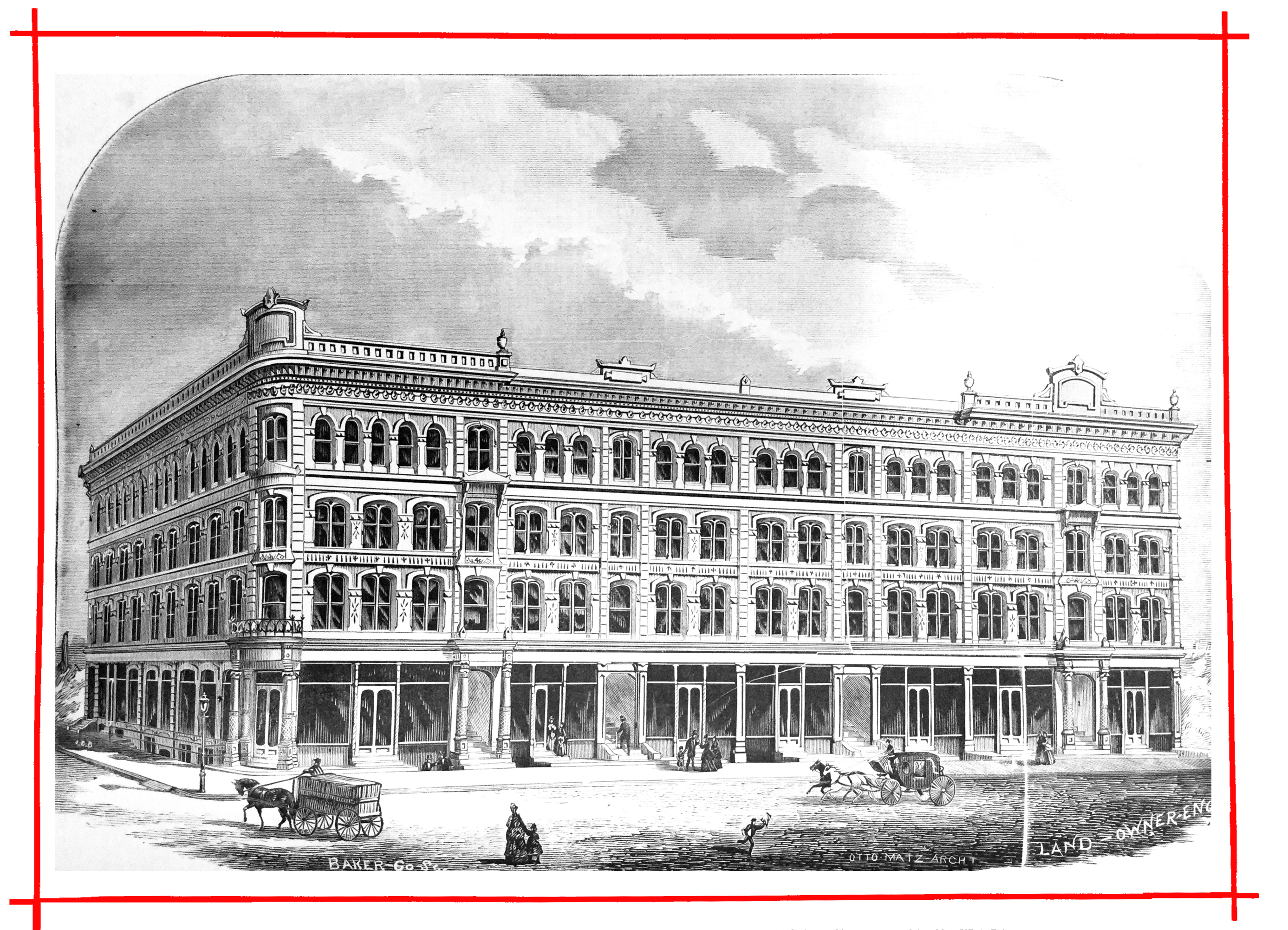 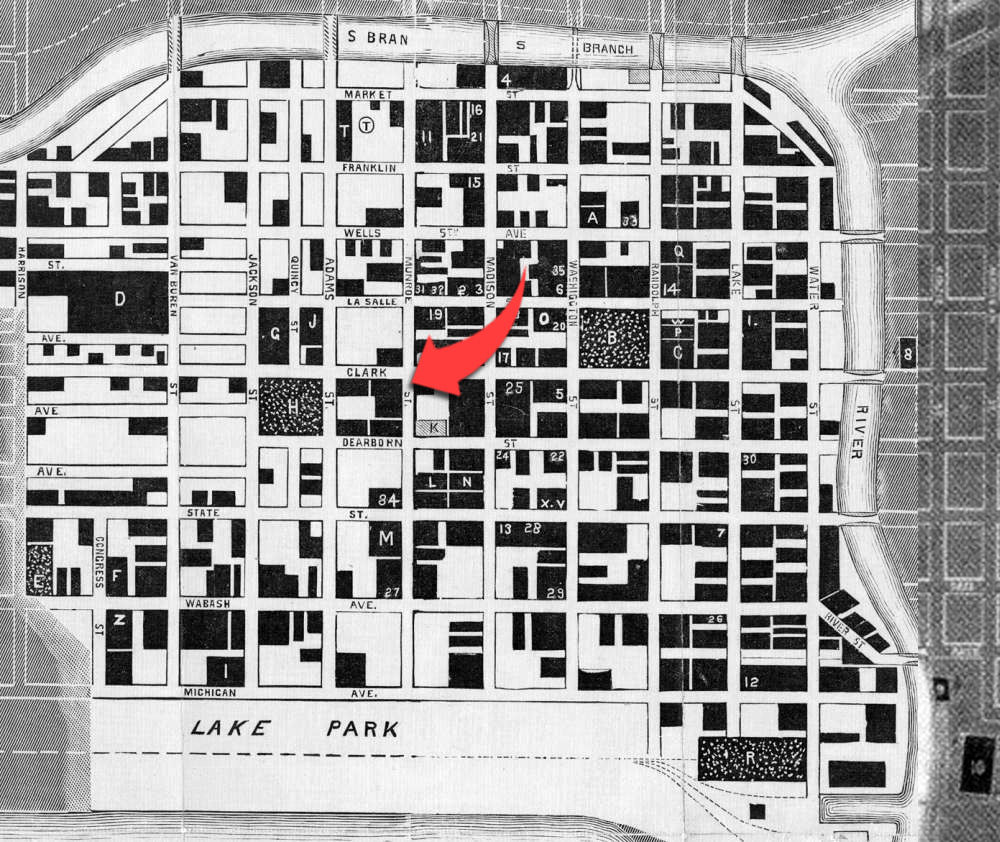 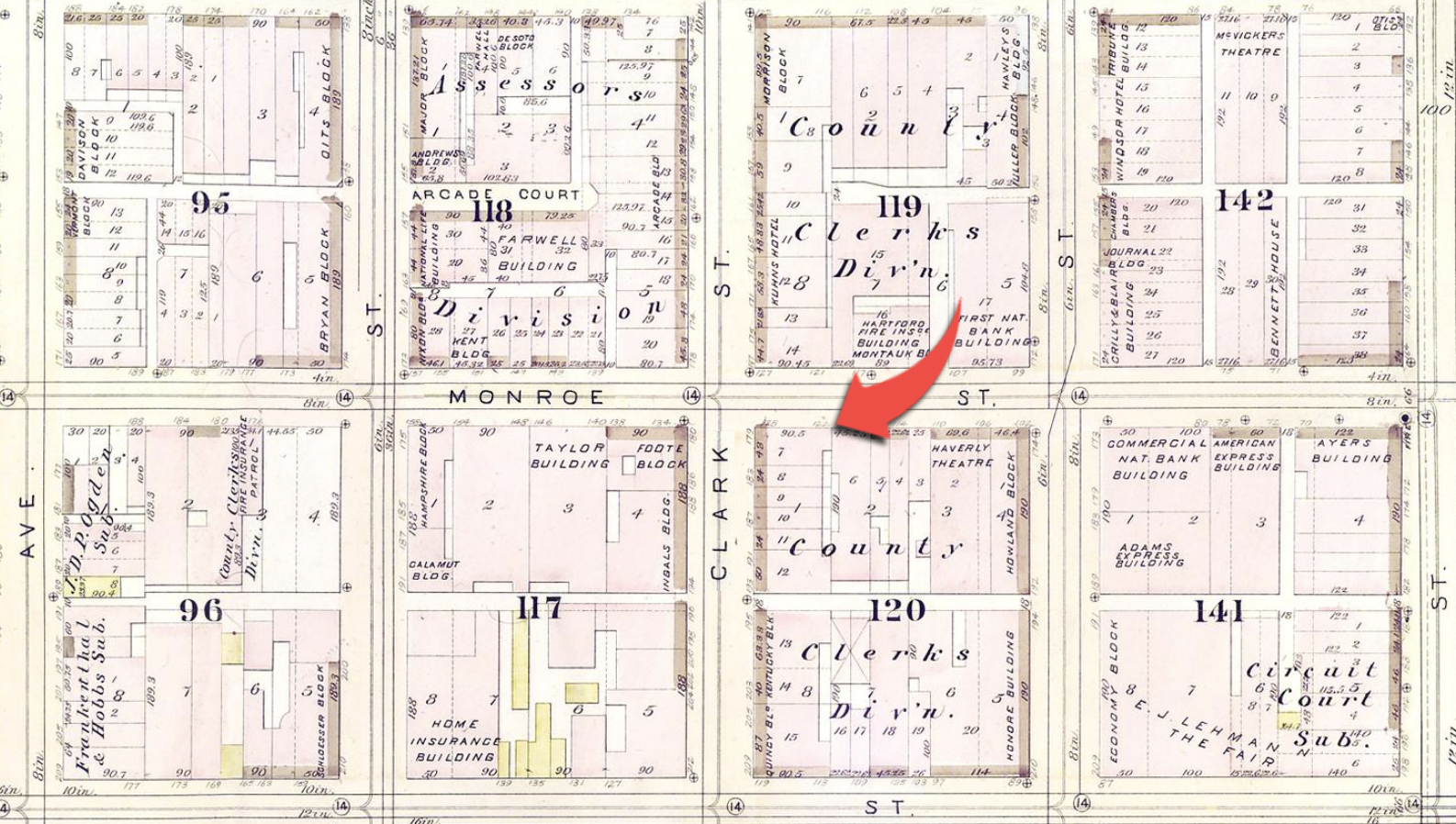 Working drawings for the new Rector building at the southeast corner of Clark and Monroe streets are now being perfected by Jarvis Hunt, with a view to begin work as soon as the present structure can be demolished. The razing of the old building will begin promptly on May 1.

1 Sandstone that was purchased from the Constitution Stone Co. in Washington County, Ohio. The company closed just short of its 100th anniversary in 1970. Up until the 1960s, Ohio produced over 90 percent of the 4.5 million tons of sandstone-grindstones produced in the U.S., and Washington County led Ohio production.