This massive structure, erected by two of our most respected citizens, Mr. A. N. Fullerton and Mr. Tuthill King, adds still another star to the great galaxy of our new Chicago, and admirably fills out the fourth important corner of Dearborn and Washington streets. The building is solidly built, its architecture is good and its appearance from the street is both grand and imposing. It will long remain a monument to its owners, who have watched its construction carefully and have introduced into it all the modern improvements of ventilation, strong vaults, and perfect adaptability to business purposes. The fronts are of stone, elaborately cut and perfectly fitted, the cornice is of galvanized iron, and the foundations are superior in every respect. 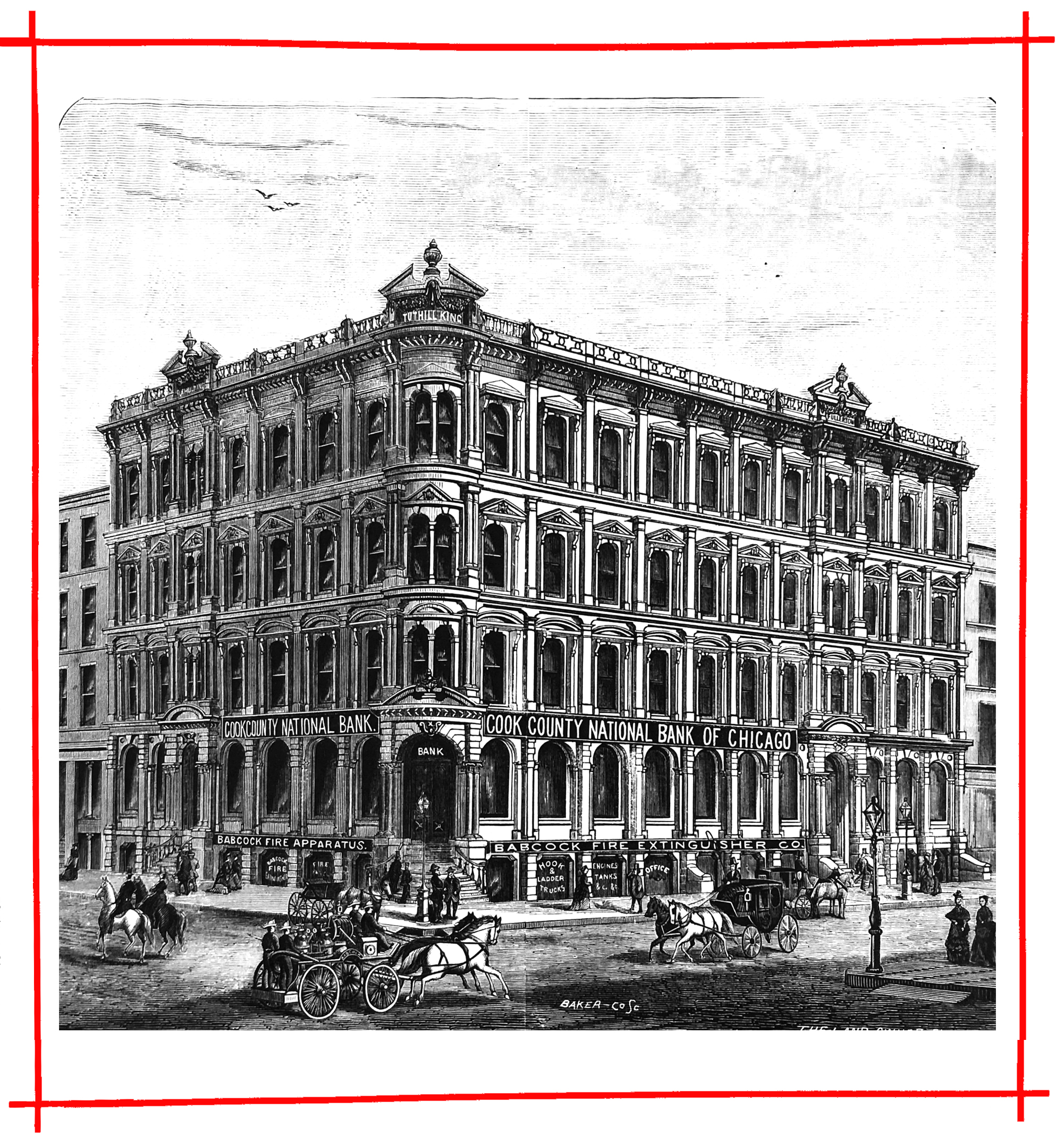 THE COOK COUNTY NATIONAL BANK.
This staunch institution occupies the main corner office in this building, where it has the best accommodations it has ever enjoyed since its establishment, just preceding the great fire. The banking-room is large and commodious, provided with fir and burglar proof vaults, and was built and arranged expressly for its use. It is perfectly adapted to the transaction of the large business bank. The counters and offices are among the most elaborate in the city, which is saying much, as new Chicago is acknowledged to have some of the most elegant banking offices in the world. The location is in every way a most desirable one, at the corner of two of our best business streets, and here the Cook County National Bank will probably remain for years to come, growing stronger and stronger every day, as it has since its doors were first opened, in the Honore Block, where it was located at the time of the fire.

The Cook County National Bank has a paid in capital of $500,000, and has been designated as a United States Depository.

In moving to its new quarters, the Cook County has taken another manifest step in its advancement.

THE BABCOCK FIRE EXTINGUISHER.
The Babcock Fire Extinguisher Company occupy the room under the bank. It is a fine office, 27 by 50 feet, without a break, with full plate-glass windows, fire-proof vaults, closets, etc., and is one of the best lighted offices in the city.

The Babcock Company are well known as the manufacturers of self-acting fire apparatus. It is purely Chicago organization, and owns the original French patents, with twelve American improvements that cover the exclusive right for manufacture, use, and sell apparatus for extinguishing fires with carbonic acid gas and water. It has met with a remarkable success, their sales of the Portable Extinguishers approximating one thousand monthly, while their large Fire Engines and Stationary Tanks cannot be manufactured fast enough to supply the demand. The company have been compelled to increase their manufacturing facilities, and have just completed a new manufactory, 100 by 125 feet, with capacity to work 250 men for the exclusive manufacture of their apparatus. Below will be seen a view of the building. The prejudice that was first shown against the Babcock Fire Extinguisher has almost entirely disappeared, and to-day it is an acknowledged necessity to those who have property to protect. Nearly every leading insurance company in the country has endorsed it, and it has been adopted by the United States Government, almost every military post being provided with them, and the great public has pronounced its confidence in it, by not only purchasing the machine by thousands, but also furnishing the company with hundreds of testimonials of work done in the shape of over one thousand actual fires put out by the Babcock, a list of which can be seen at the company’s office at any time. We only re-echo public opinion when we fully endorse it. 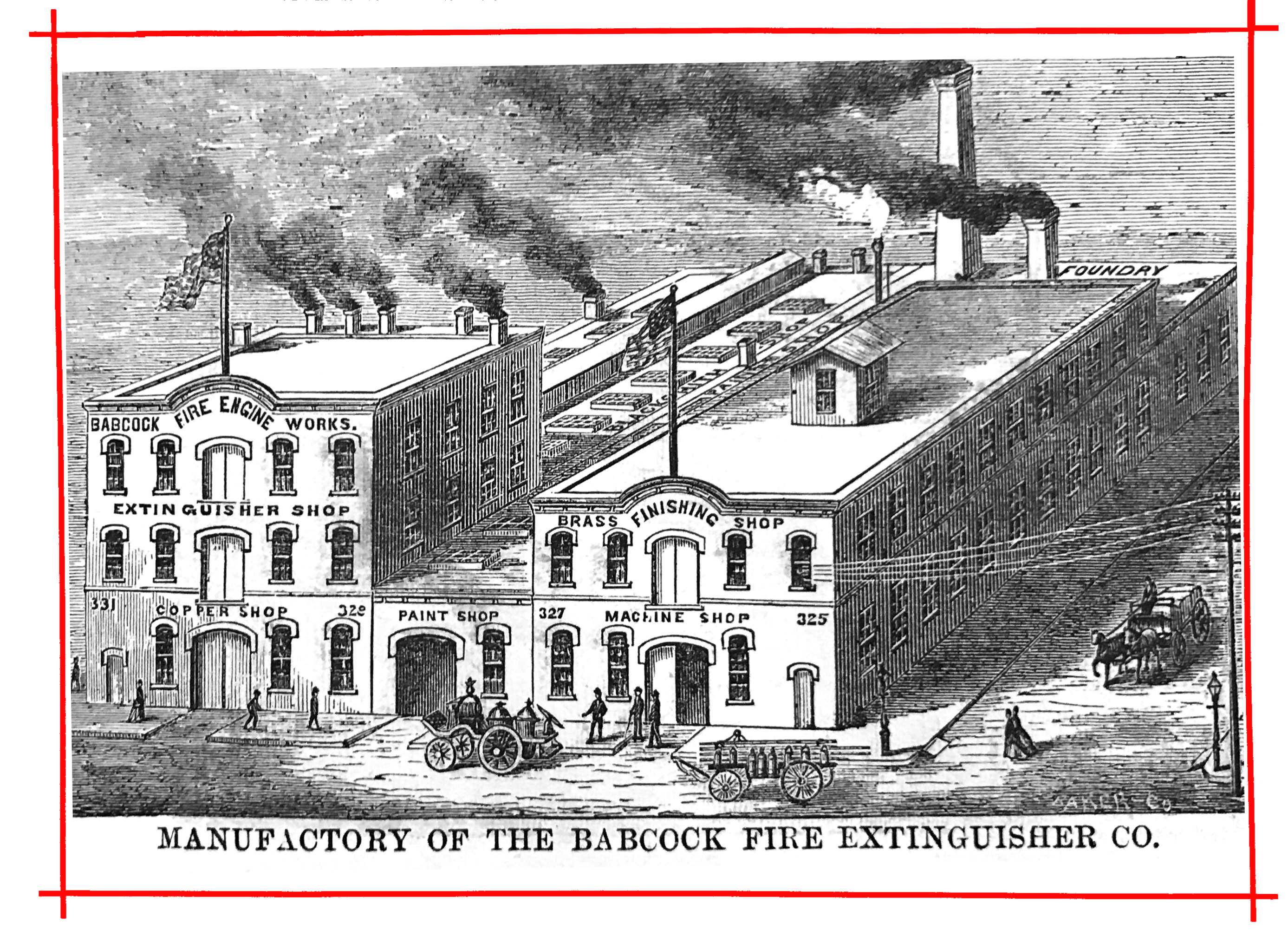 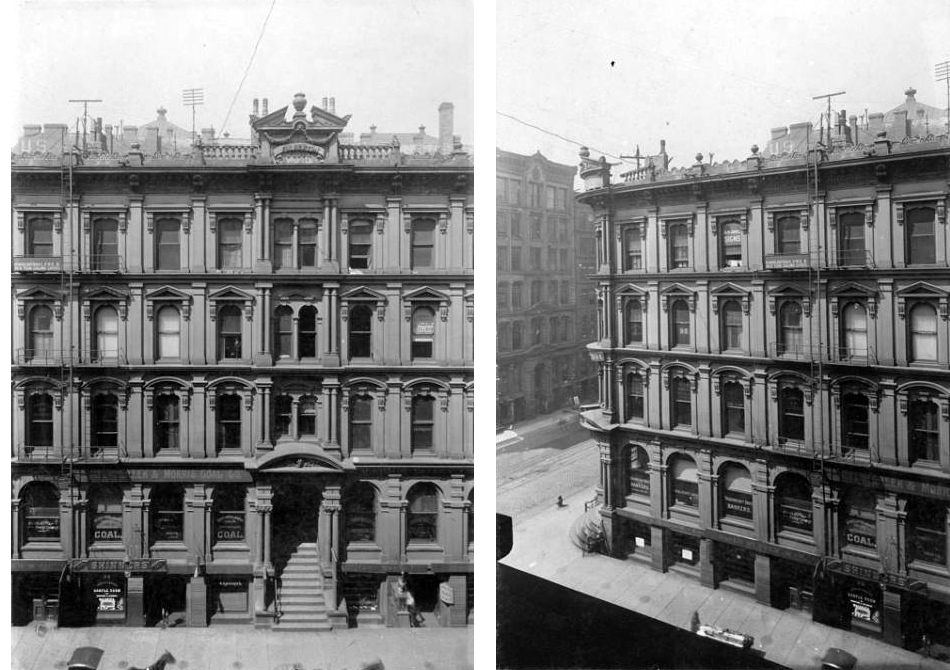 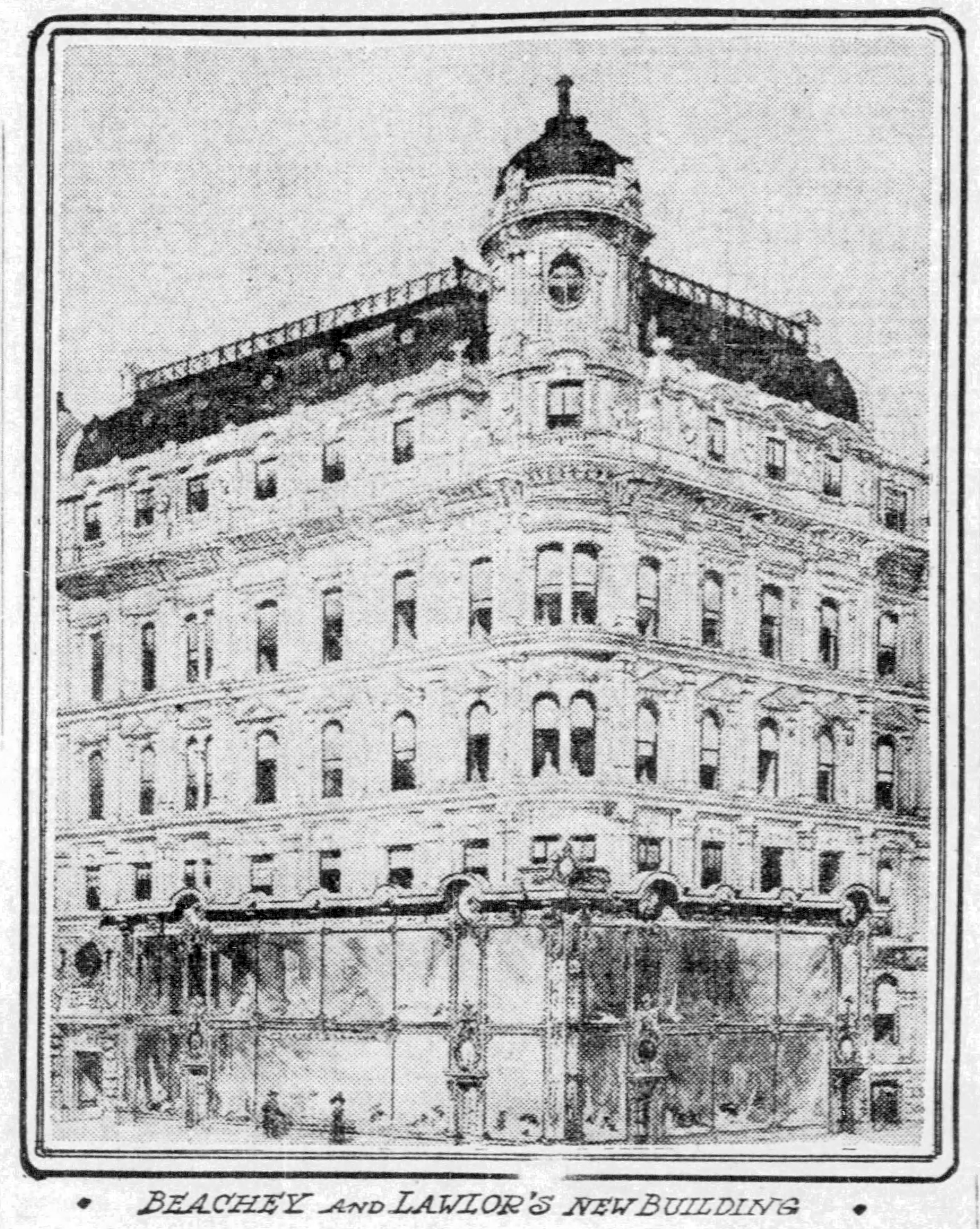 One of the most significant plans now in contemplation in the central business district provides for the reconstruction of the Beachley & Lawlor building at the northwest corner of Dearborn and Washington streets, This property is a landmark in the business district. The land and building belong to the heirs of the late Tuthill King, and it was on this spot that W. D. Kerfoot erected the first real estate office in the ashes and ruins of the great fire of 1871. Beachey & Lawlor, haberdashers, who have now taken a lease on the property for a term of twenty years from May 1, 1911, at an annual rental for the first ten years of $20,000 and for the succeeding ten, $22,500, and who will occupy it with one of their stores, have had plans prepared by Architect Zachary T. Davis for a complete reconstruction of the building, including the addition of one story. The reconstruction is a novelty in the way of design in Chicago. It is in the modern French style of architecture and will brighten up that locality materially. The framework of the first story will be white and green marble, and above that the metal will be of bronze and the top story of stone or plaster, while the roof will be of tile. The colors, it is thought, will be effective. 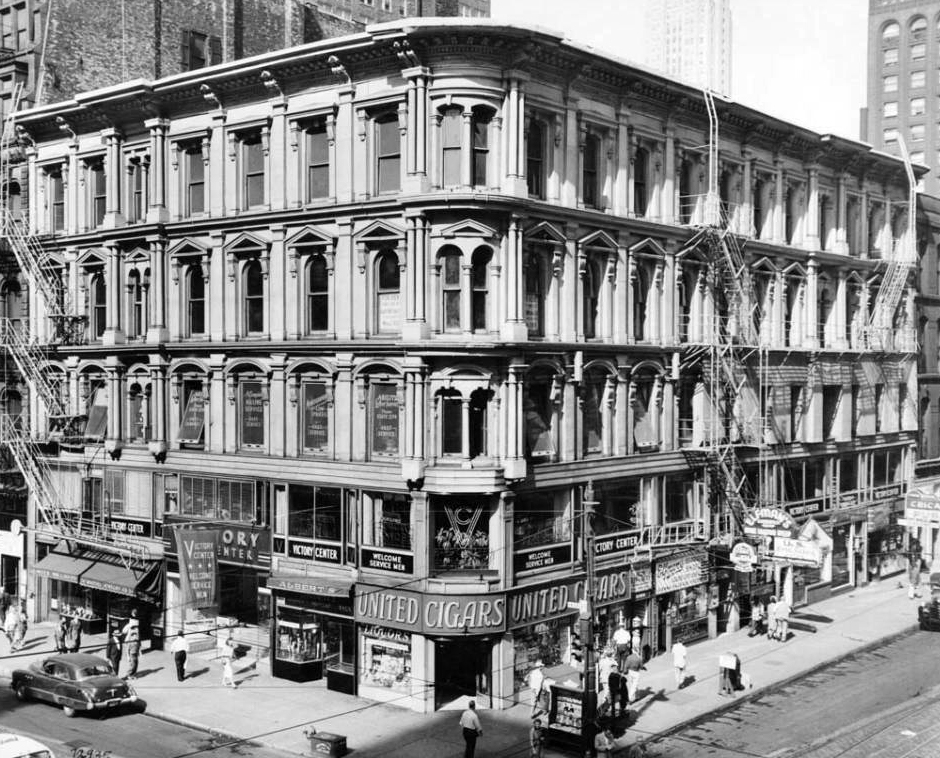