ALMOST A RIOT.
A Party of Workmen Take Possession of a Building and Drive off the Police Sent to Arrest Them.
A serious disturnance occurred on Saturday evening in the new building at the corner of Clark and Monroe streets. D.S. Moore & Co., contractors, constructed the edifice for Pillips & Buffington, at agreed price of $33,000. Only $15,000 of the money had been paid, and the contractors and their workmen took possession of the building. A warrant was issued for the arrest of the men, and Officer Brown and four other policemen were detailed to serve it. On arriving at the place they attempted to oust the parties, and were met with a shower of bricks, and a volley of pistol shots. Brown was severely bruised and retired to the station to report. Sergeant Buckley subsequently visited the building with a posse of men and arrested the men, who gave their names as follows:

Justice Banyon immediately released the prisoners on the bond of Mr. Moore, and they returned and took possession of the building.

“The Finest in the City.”
Messrs. Harris & Hall, northeast corner Monroe and Clark streets, have one of the most magnificent hat stores that can be seen anywhere, and one that Chicago should be proud to own. On entering the store one is struck with the grandeur and beauty of the large and stately mirrors which are seen; indeed it is a feature entirely new and novel, as it is intended to show how shabby and awkward a man looks with an old hat on, and the material change it makes with a new one on going out of the store. Messrs. Harris & Hall keep in their line all of the latest styles and fashions, and are direct importers. Those who have not visited their beautiful store should not fail to go and see for themselves.

GEORGE H. BENEDICT & CO.
We recently had the pleasure of inspecting the premises occupied by Messrs. George H. Benedict & Co., the well known engravers and zinc etchers, at 175 and 177 Clark street, Chicago, which have recently been entirely remodeled and enlarged, and now comprise one of the finest plants of the kind in the country. The cutaccompanying this description is a faithful representation of the building occupied by the company. This firm furnishes a good example of what a determined effort to make a prominent place among the multitude of individuals and corporationsengaged in a similar line of business can accomplish , and anyone visiting the establishment who reflects on its comparatively recent origin cannot but be agreeably impressed with the enterprise which has been displayed. Like most of our more widely -known establish ments of a like nature this firm came to the front as a competitor in a very modest fashion, but the excellence of thework produced was soon observed, and the subsequent demand therefor bears tribute to it.

In a brief mention of an establishment of this kind it will be impossible to go into details , but the mere enumeration of the equipment of the various departments will prove that no portion of the plant has been made to suffer, but that each is as completely and perfectly fitted up as modern ideas would allow . Starting at the office, which is conveniently situated with reference to the various branches of the business, one passes first into the electro type foundry, a spacious room , in which every conceivable inven tion for the perfectproduction of platesmay be seen , and the eye at a glance takes in the batteries, saws, routers, planes, trimmers, moldingmachines and other pieces of machinery, tools and appli ances, that go to make up a first-class foundry. On the same floor with the office, but entirely separated , we also find the artists’ apartments, where the many beautiful designs, illustra tions, etc., turned out by the firm are drawn for the operators in other departments. Adjoining this and most pleasantly located, are the map and wood engraving departments, both ofwhich are kept constantly busy, the former especially being crowded to its utmost capacity.

On the floor above are situated the photographing room , and the department in which the half-tone, zinc etching and general process engraving are conducted. Four of the largest cameras are required to keep up with the orders, each being operated by a separate artist. The amount of work in this particular line turned out by Benedict & Co. is simply surprising, and can only be appreciated by a visit to this department. The visitor glances about in a mystified way, and wonders what becomes of all the work, and the noise of the dynamos, the glare of the electric lights, the motion of the etching boxes, rocking automatically as they do, only increases his interest in this process work. We have thus them best, a personal visit must bemade. To the uninitiated the perusal of a descriptive leaflet entitled “ Our Trumpet,” published by this firm , will prove interesting and instructive. The various methods of the engraver’s art are briefly but very comprehensively set forth in it. Copies may be obtained upon application to the firm. Write for one.

One of the largest engraving firms in the United States, located at 175 177 Clark st. Mr. Geo. H. Benedict is the sole member of the firm (the “Co,” being nominal) and who gives his entire attention to the details of the business, has had eighteen years experience in the various branches of the printing, publishing and engraving business.

He is highly spoken of by the trade generally, and has an unbroken record for honesty, square dealing and success. Mr. Benedict is a native of New York. He early applied himself to a thorough acquisition of his trade in all its branches, and although still but a young man, he has gained for his establishment a most enviable reputation for the artistic beauty and general excellence of their work, as well as the prompt and reliable manner in which they execute all commissions intrusted to them. He founded his present business in 1886, and from the start became the recipient of a large, influential and wide-spread patronage. 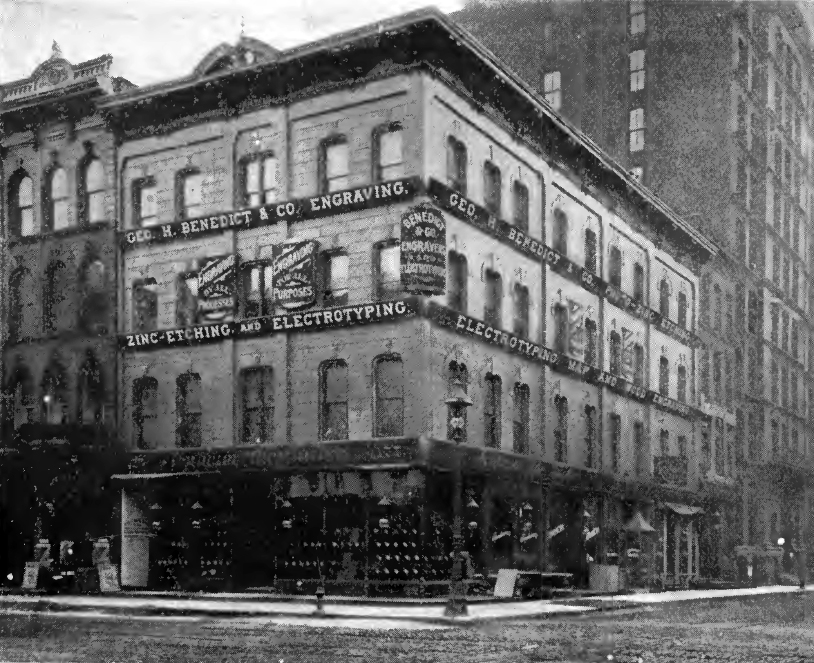 Title to the property at the northeast corner of Clark and Monroe streets, 66-5/8×90-1/2 feet, where building operations now are going on, has been transferred by the Equitable Trust company, as trustee of the estate of the late John D. Jennings, to Edwin A. Potter, acting for the American Trust and Savings bank, for $450,000.

“GEORGE DID IT”
Being a Testimonial in Honor of George H.Benedict. 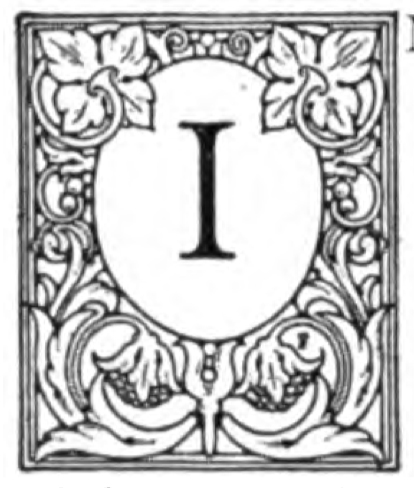 n the report of the photoengravers’ convention, appearing in the July issue of this journal, reference was made to the presentation by the photoengravers of a handsome Peerless automobile to George H. Benedict, of Chicago, in recognition of the years of study he has given to deter mining the cost of and the propermethod of charging for photoengravings. Accompanying the automobile was a good sized check, and also a beautiful leather bound volume bearing the inscription “George Did It,” and containing reproductions of the many letters of appreciation sent in response to a request for subscriptions toward a fund for the purchase of a suit able gift. Thus, “while he is still alive and capable ofappreciating it,” the photo engravers of the country have shown in substantial form the regard in which they hold the “ Grand Old Man” of their industry—though he is not so old at that, but still has a good many years before him in which to continue his activities as well as enjoy the good things of life.

It is fitting that George H. Benedict should be honored in this way, for the results of the work he has done in his quiet, unassuming way can never be measured by those who have benefited thereby. To realize this, it is but necessary to look back a few years and compare conditions prior to the introduction of the standard scale with those existing in the industry today. It is well known that for years the photoengraving industry merely existed, drifting along in an unorganized state, with very few , if any, of the engravers knowing anything about the cost of producing their product. It was due to the efforts of Mr. Benedict, who gave unstintingly of his time and effort and worked out the standard scale now used throughout the country , that these conditions were reversed and photoengraving is now on a solid business foundation.

As the head of one engraving establishment remarked to the writer:

It is not a great many years since George stood outside the door of the engravers’ convention hall handing out leaflets describing the standard scale for photoengravings which he had devised, practically ostracized and looked upon as merely another freak with a new idea.

That there has been a change of attitude, however, is apparent, and for some years past Mr. Benedict has been at the head of the cost committee of the photoengravers’ association, and it has been “Let George do it” whenever any question has arisen regarding costs of production—and “George did it.” 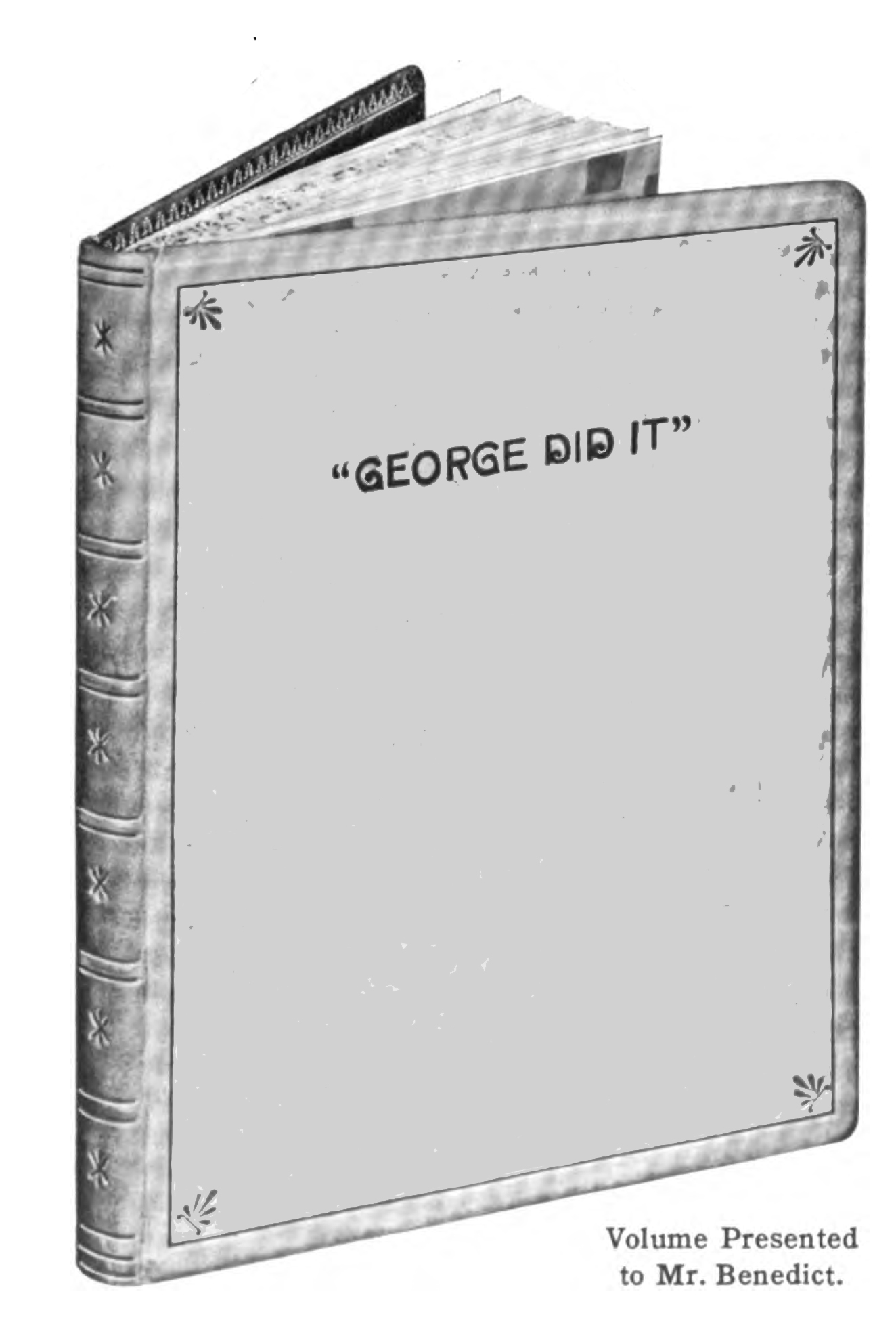 Mr. Benedict may be described as a man of many and varied accomplishments. His principal hobby, aside from driving a car, is the study of astronomy and mathematics. This has led to his devising a number of scales, charts, etc., such as the automatic reduction chart, photographers’ focusing index and proportional divider; logarithmic scale of proportions; the labor cost calculator; tables of wages; scale of type and surface measurements, as well as the standard scale of prices for halftones and zinc etchings, and the standard electrotype scale. In a recent conversation Mr. Benedict stated that he considers the best and most important thought that ever came to him was that the hour cost is one twentieth the amount of the weekly wage, and the amount for depreciation is ten cents per hour per thousand dollars of cost of the machine.

Born in Warsaw , New York , on August 12, 1857, and moving to Chicago with his parents in 1864, he has made this city his home and the center of his activities since that time. In 1875 he secured a position with Rand, McNally & Co., where he started to serve an apprenticeship in the map engraving department. Gifted with a fund of originality and resourcefulness, devoting considerable time outside of working hours to study and experimental work , he made rapid progress, and before he reached the age of twenty-one he was given the position of foreman and manager with another Chicago engraving house. One of the first in the city, and in fact, in the West, to recognize the importance of photoengraving at the time of its introduction, Mr. Benedict lost no time in making himself proficient in the new art, and shortly afterward opened a business of his own . A disaster to one of the principal customers upon whom the business depended for the greater part of its work swept the promising engraving plant out of existence. But a year later Mr. existence. But a year later Mr. Benedict made another start, devoting his entire attention for a time to wax engraving, and from this beginning has grow his present business. A photo-engraving department was added in a short time, then it became necessary to install wood engraving and electrotyping departments. In 1903 the George H. Benedict Engraving Company united its forces with those of the Globe Electrotyping Company, since which time it has been known as the Globe Engraving & Electrotyping Company, with Mr. Benedict as treasurer, and the firm has grown to be one of the leaders in the industry. 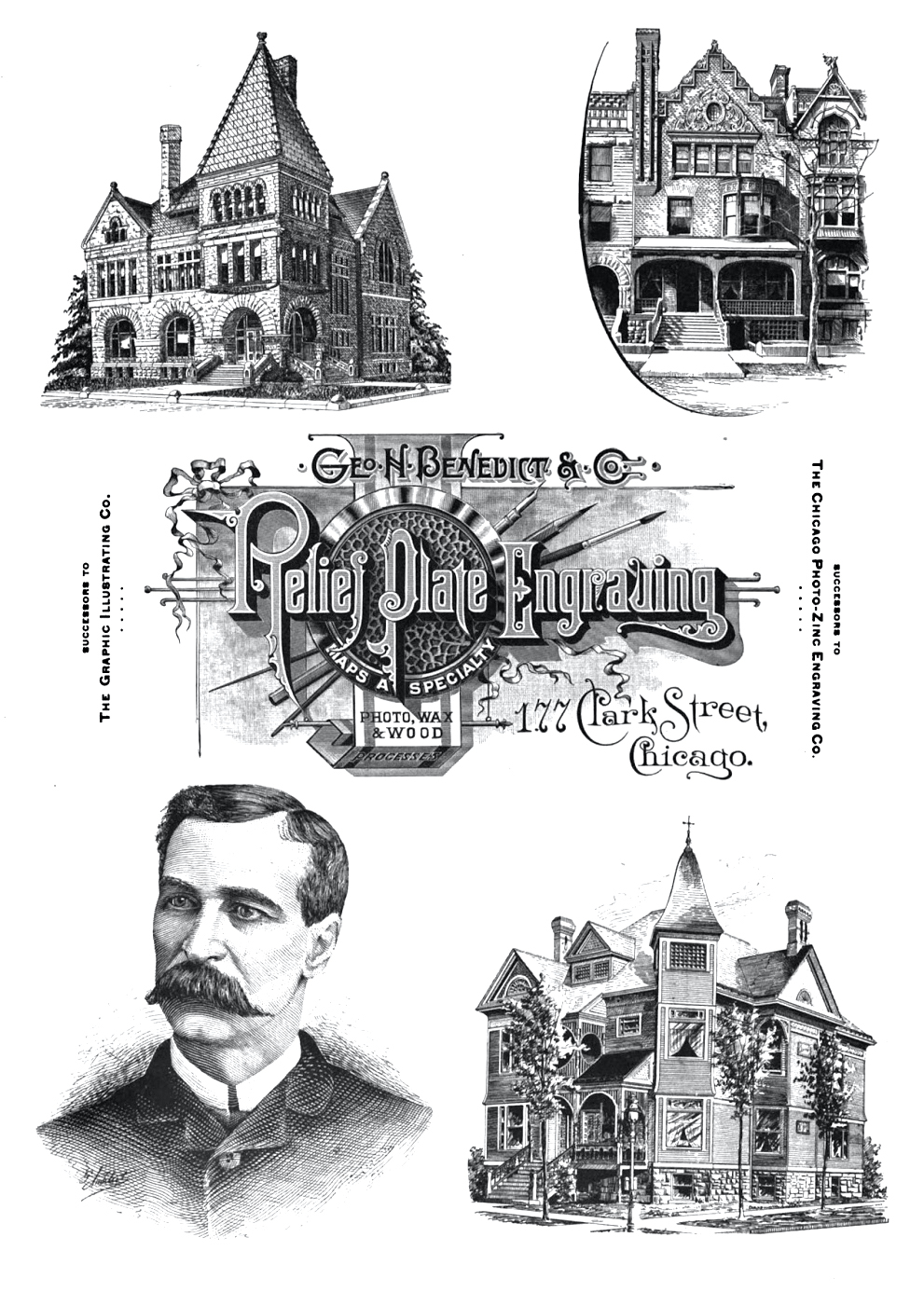 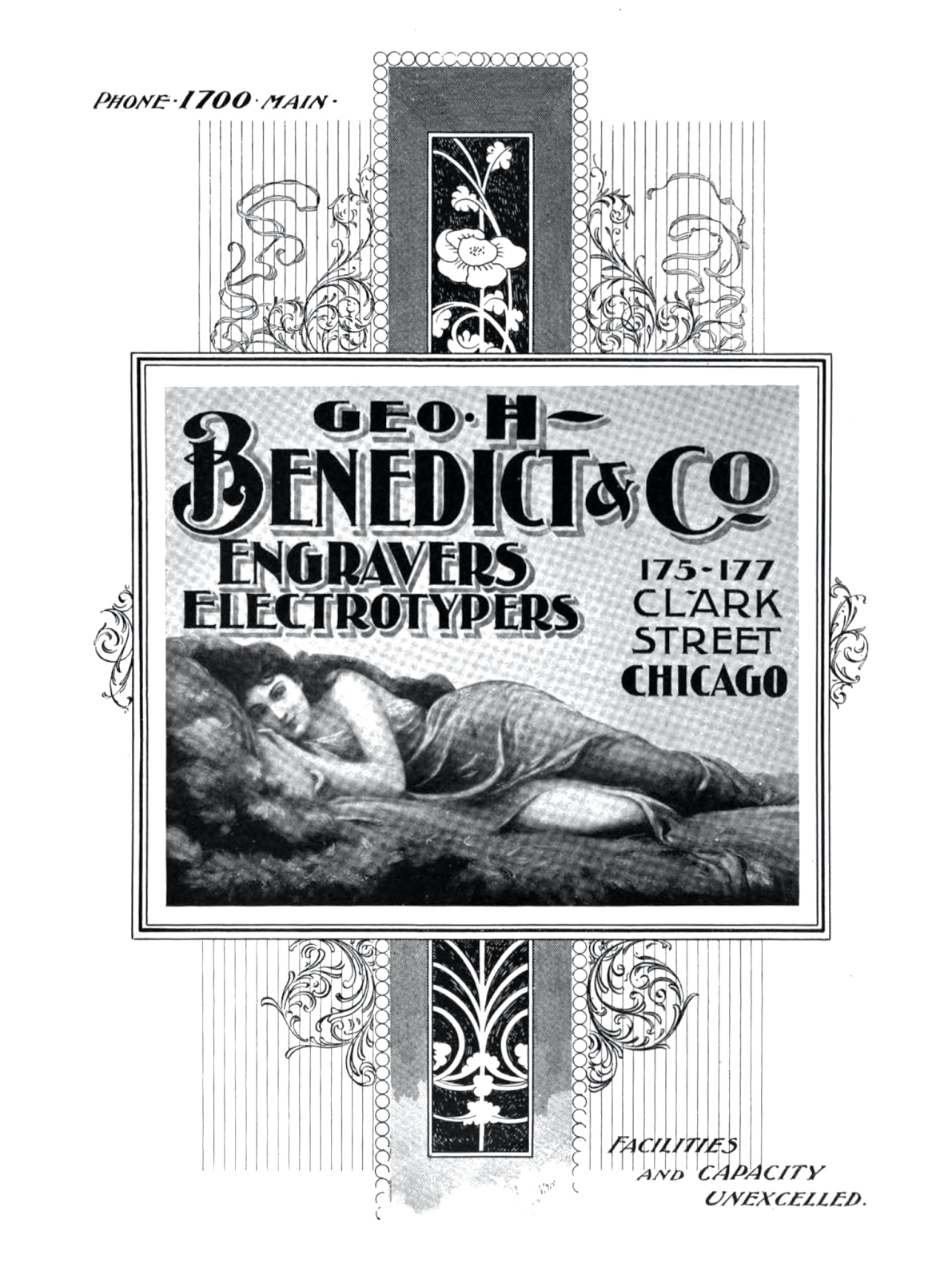 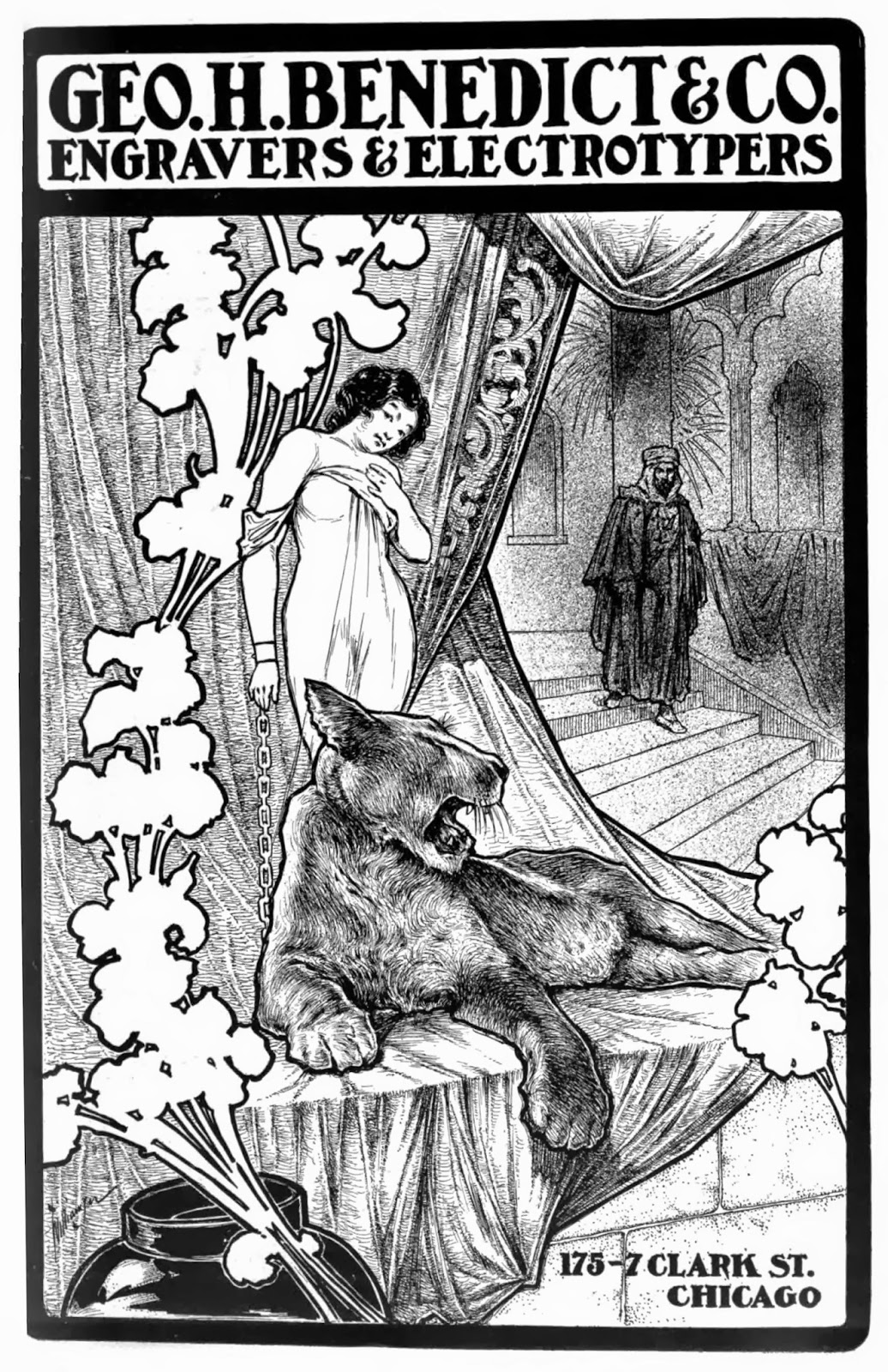 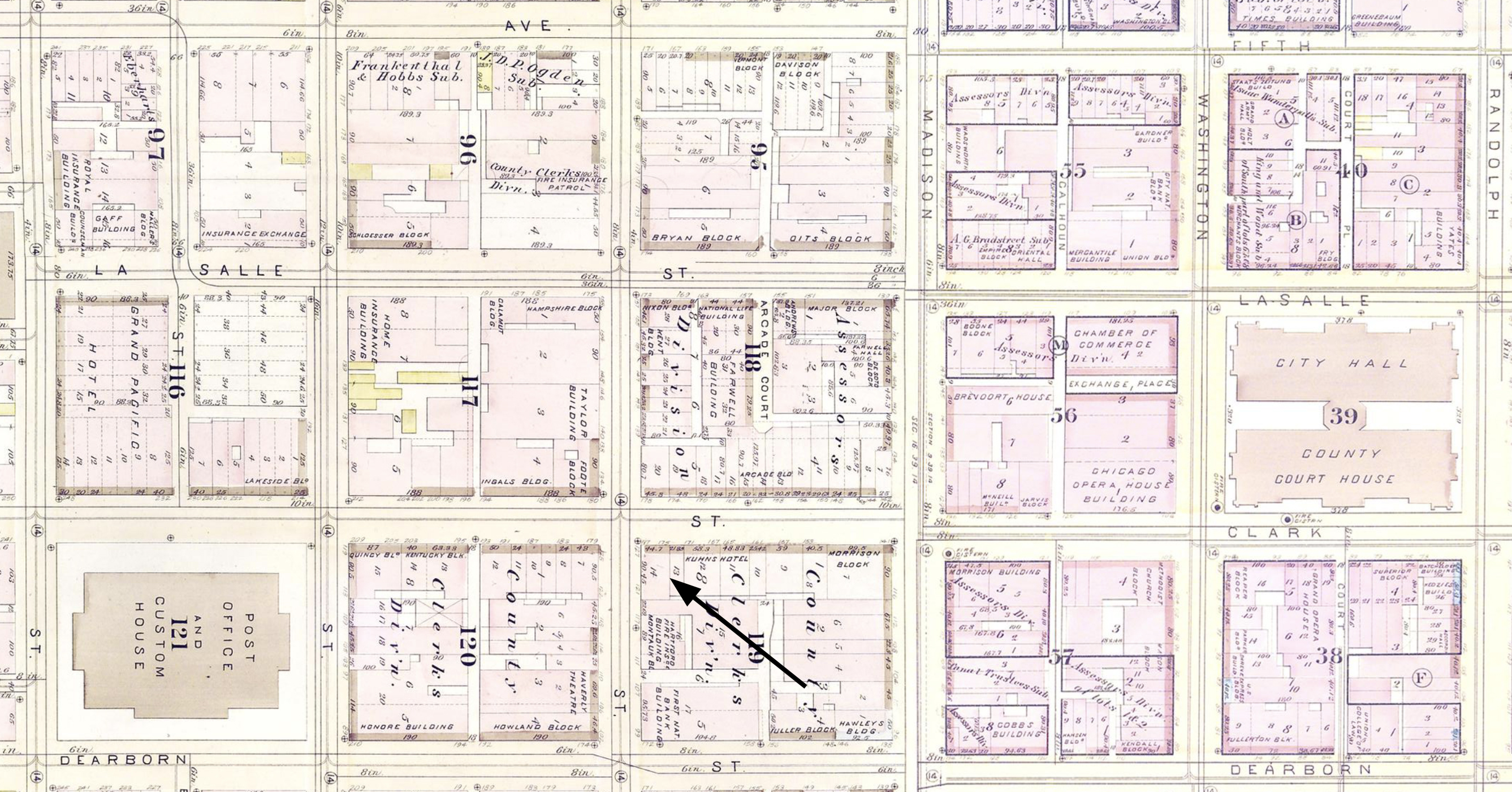