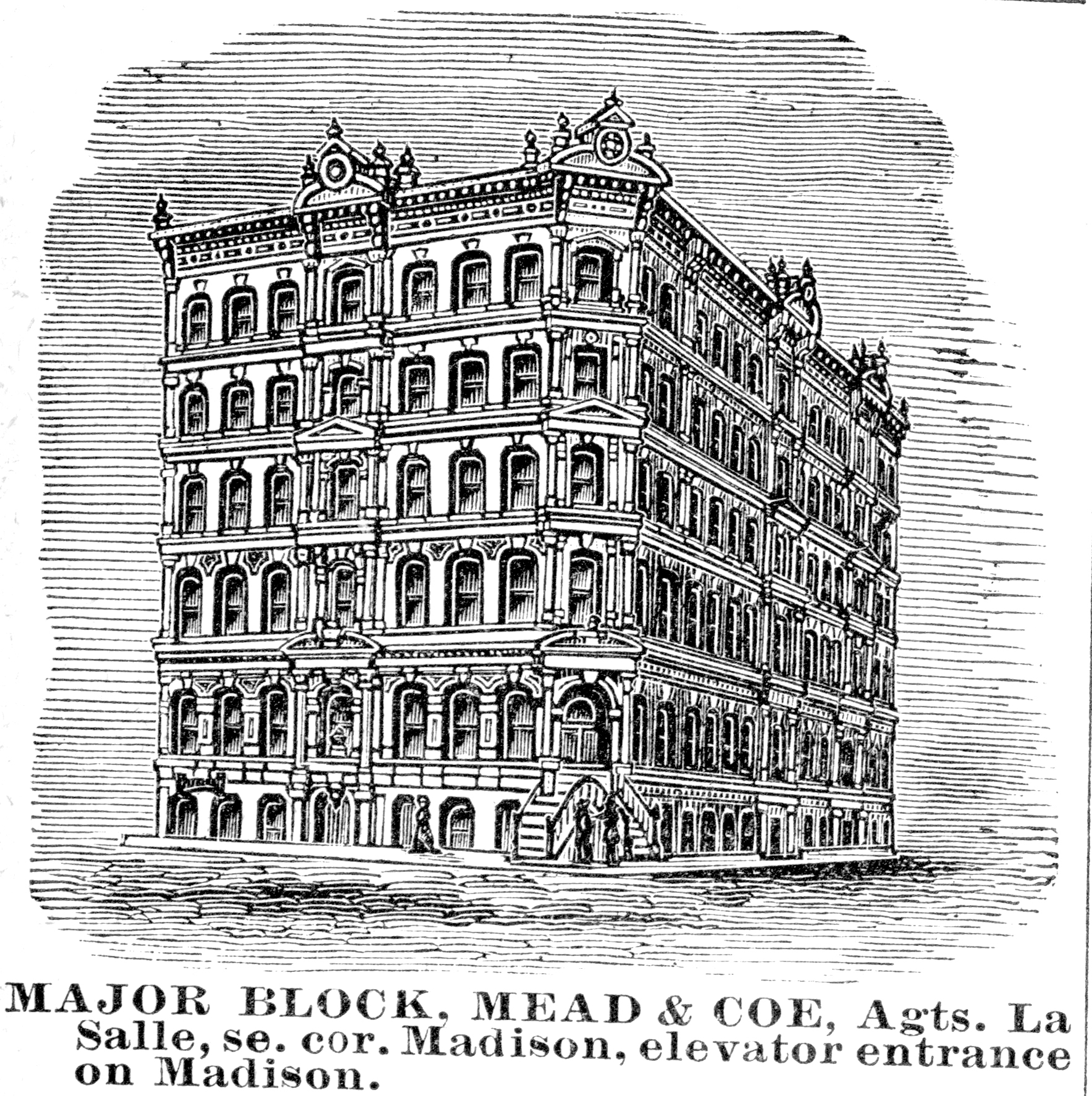 The New Major Block.
Messrs. Dixon & Hamilton have kindly given us the following particulars concerning the new Major block, on the southeast corner of Madison and LaSalle streets, streets. It will be the same size as the old building, which was 66 feet on Madison street, and 135 feet on LaSalle street and will be four stories above the basement. The building will hive two entrances from LaSalle street and one from Madison street, with corner entrance to banks in basement and principal story. There will be large fire-proof vaults to all offices. The basement and two principal floors above the basement will be finished in hard wood, and the second stories will be approached by a grand stairway, and also by a steam elevator from basement to upper floor. The building will be ready for occupancy by the 1st of October.

LA SALLE AND MADISON STREETS, where the Gallup & Hitchcock Building and Major Block are rivals, if not in design, at least in position. Both of the buildings are in the somewhat gloomy, but rich and handsome, Buena Vista stone, and are good types of the class of buildings which we have noticed above. The former is very elaborate, and the Chicagoan who remembers the building formerly occupying the site will scarcely regret the Old Chicago. 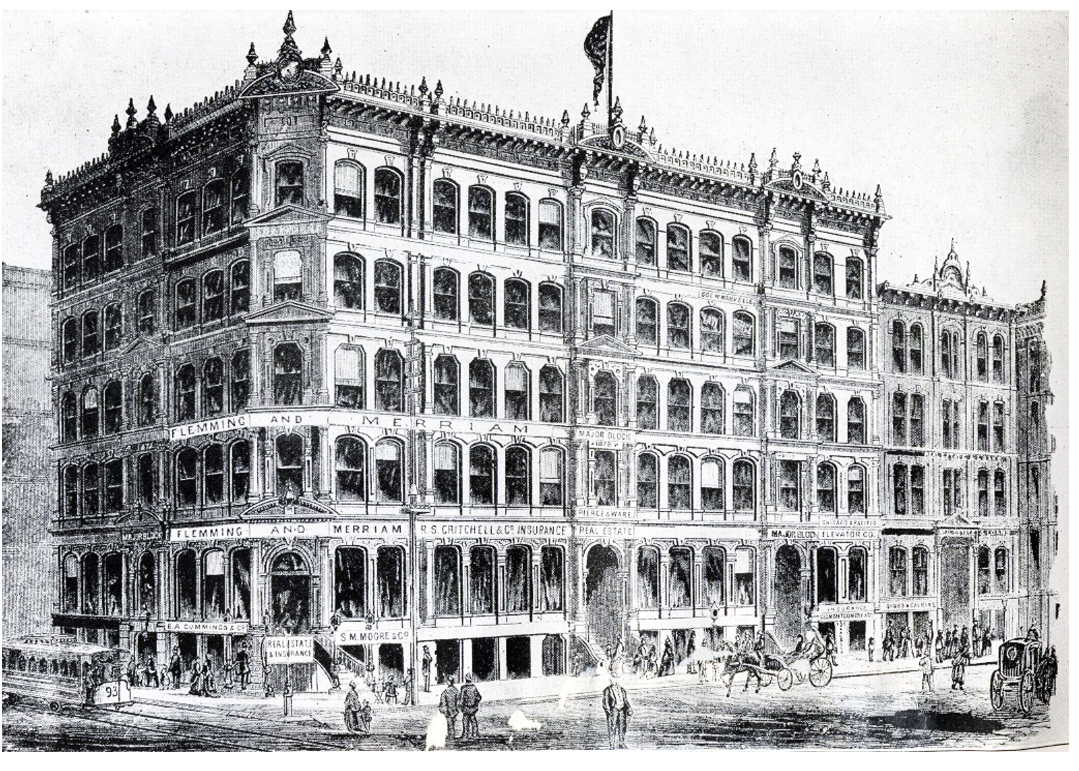 This building fronted 136 feet on LaSalle and 66 feet on Madison. It was seven stories high, with one basement, on spread foundations. This was one of the first buildings to be rebuilt after the Fire of 1871. It’s name was changed to Roanoke.

From June 8, 1873 to January 1, 1887 the original Roanoke building served as the Chicago location for the National Weather Service Weather Forecast official climate site. The building is mentioned in Saul Bellow’s More Die of Heartbreak but there it is referred to as a wealthy residence building and not as an office building

Will Raze Roanoke Building.
Another important development of the week was the announcement that the Leander McCormick estate is preparing to wreak the old Roanoke building at the southeast corner of La Salle and Madison streets, preparatory to the construction of a great office building to be known as the Lumbermn’s exchange. Notices are being served to tenants in the Roanoke building to vacate by May 1, when the work of razing the building will begin.

The fact that the McCormick estate has had under consideration for some time the destruction of this building has been known. A year ago negotiations were begun between the estate and the Lumberman’s Association of Chicago, the estate being unwilling at that time, in view of the overbuilt condition downtown in an office building way, to undertake the construction without a rental guarantee from the association covering, it was said, about eleven floors of the floor. The association was for a time so successful in its labors that the erection of the building under this plan was assured. Later it was reported the association had not been able to secure guarantees covering the specified space, and that the construction of the building had been postponed. While representatives of the estate are unwilling to state the present arrangements with the association, it is evident they are of a satisfactory character. 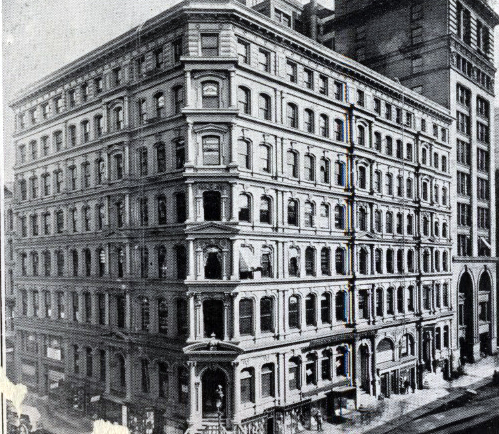 Roanoke Building
At the right is the Y.M.C.A. Building which was built in 1893 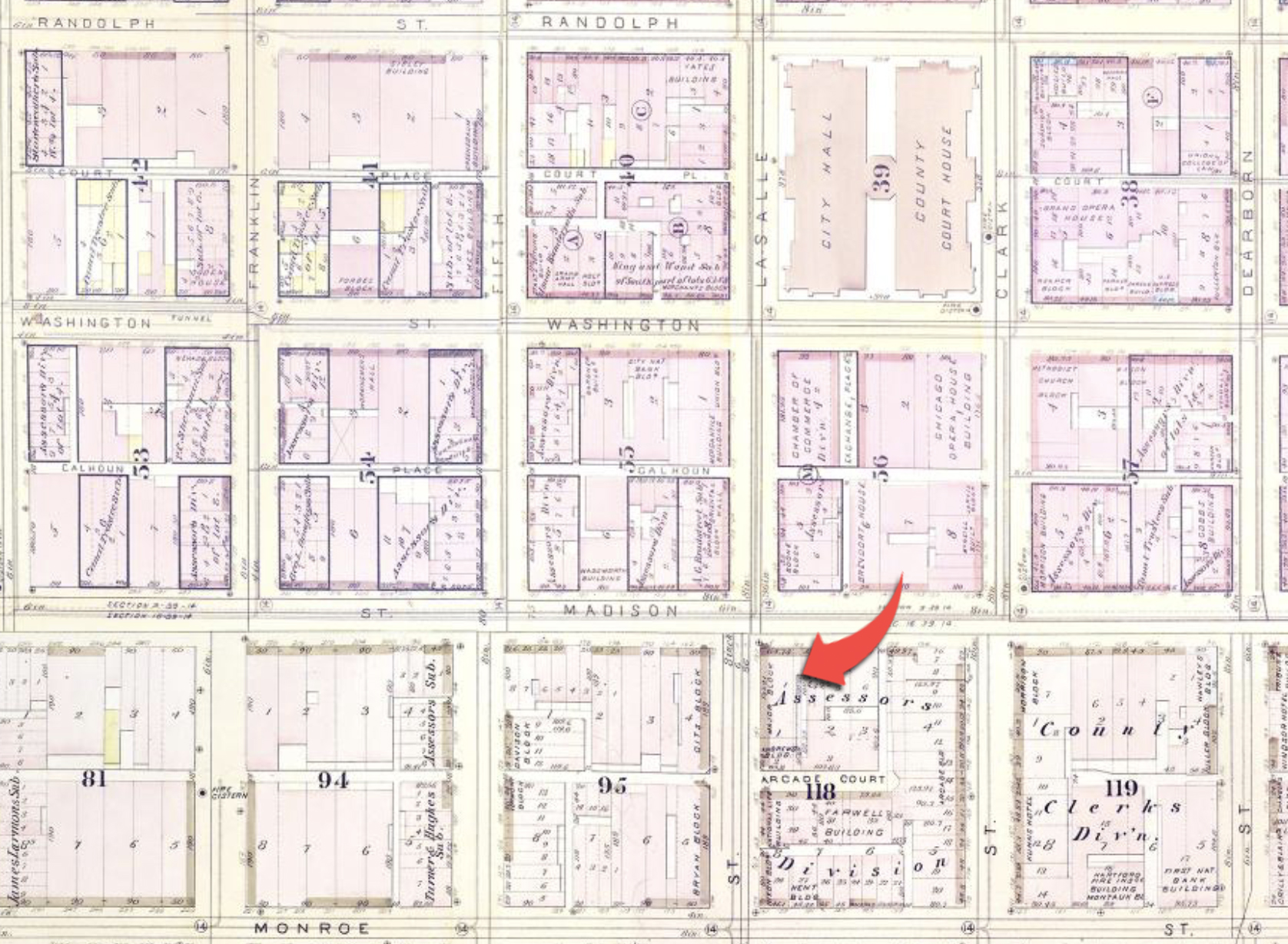