The Royal Palm, also known as the Bennett House, was a four-story building and was a favorite resort, where a large variety of palms were on exhibition. The North American building includes this site. 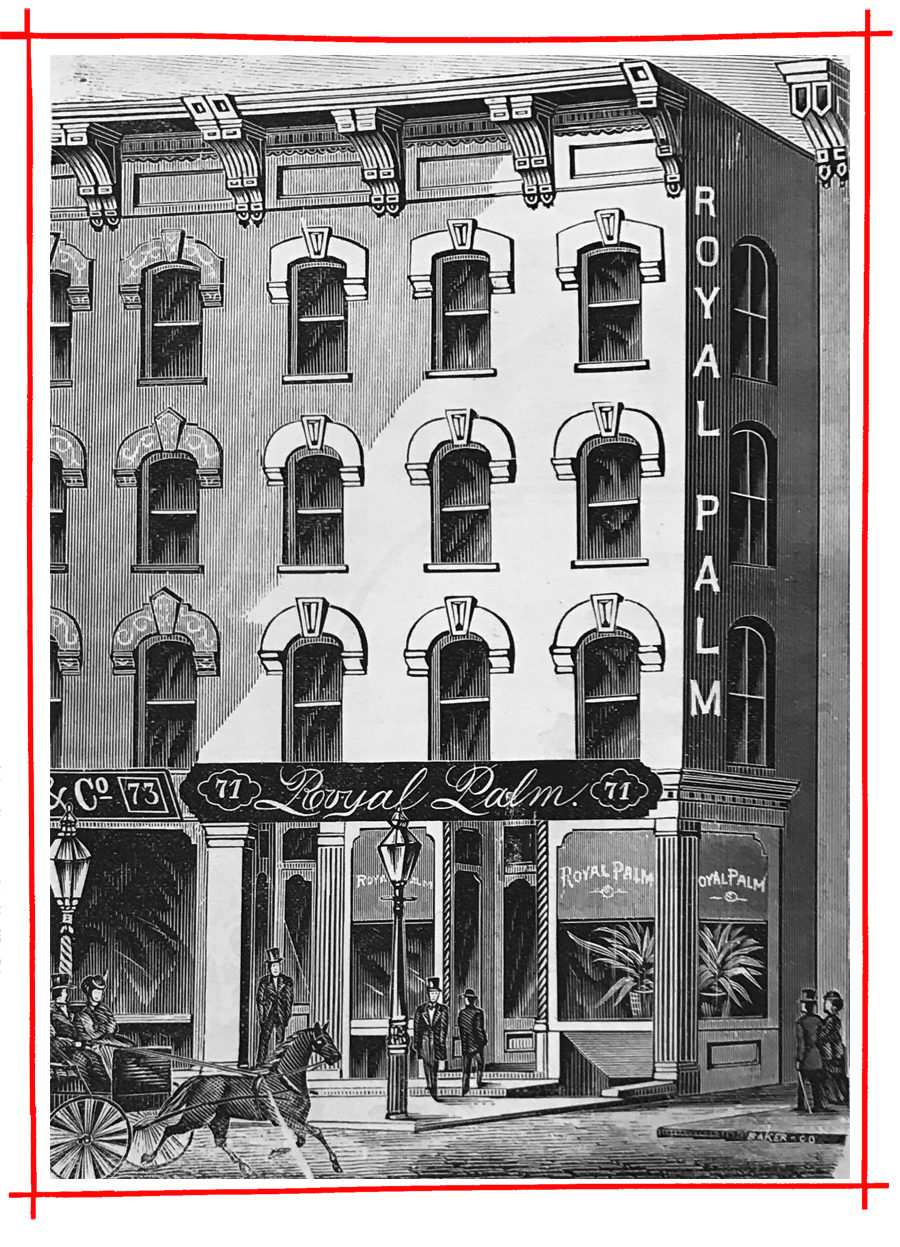 The rebuilding of Chicago’s mercantile and business structures, government buildings, hotels and railroad depots has been followed closely by the re-opening of many of the old popular resorts of the city. This is most noticeable in the opening of The Royal Palm, at 71 Monroe street, near State, an illustration of which we present herewith. In the windows of this sumptuous establishment are seen living specimens of the royal palm, from which it takes its name. These superb plants flourish here in all their glory, and are an attractive feature of the room, well worth a call to see. Others are on their from the South.

Messr. John Garrick and S. L. Cather, the proprietors of The Royal Palm, have taken a decided departure from the old sample room style in fitting up this place, and have inaugurated a new era in interior decorations. The woodwork is pure white, with mirror settings throughout, presenting a most dazzling, and, at the same time, unique appearance. Under the light of the heavy chandeliers and reflectors, these rooms present an appearance of almost oriental splendor, reminding one of the state apartments in some of the old palaces of Europe. Paris, before the war, in the palmy and gorgeous days of the Empire never boasted of such apartments, and even the famous Cafe Hidare and Cafe de l’Europe were tame beside it.

Above the sample room is an elegant billiard parlor and reading room, fast becoming a favorite among the patrons of the gentleman’s game.