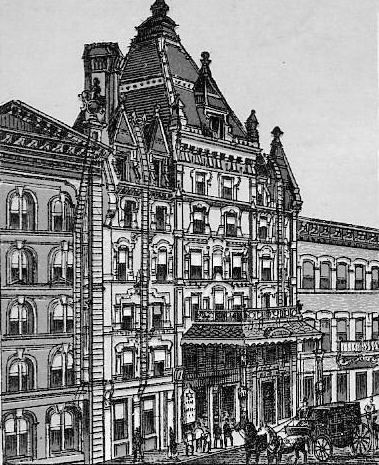 In 1882, when J. H. Haverly’s lease to the ground on which the old Adelphi Theater stood, expired, he secured the financial co-operation of John B. Carson, then of Quincy, 111., but now of Chicago, to construct a new theater building. The site selected for the new structure was on a lot just west of Dearborn Street on Monroe Street, facing north. The design of the new theater was made and carried out on a most elaborate plan, and it is notable that the building was constructed and opened to the public within eighty-eight days after the ground was broken, James D. Carson having control of the building operations. 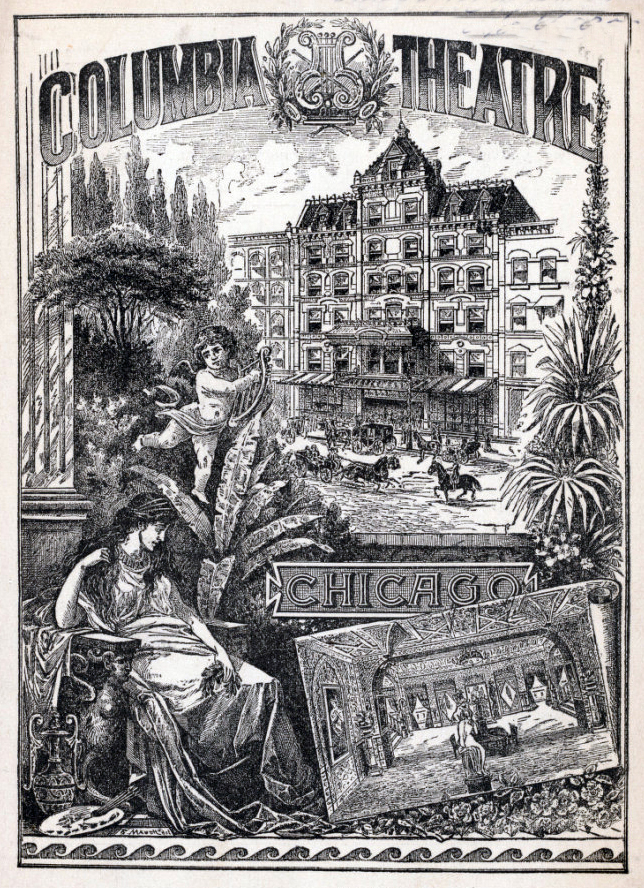 The building is seventy feet wide and has a depth of one hundred and ninety feet. It is six stories in height and is surmounted by a pyramidal tower. The firststory front is constructed of iron, and the upper portion is built of finely polished white Lemont stone in a composition of the French Renaissance and Queen Anne style, and the whole presents an ornamental, yet substantial and imposing, appearance. The total seating capacity of the entire house is two thousand. The stage is seventy by fifty-four feet and is provided with every appliance to make it complete, having large and well appointed dressing-rooms on the main floor for the use of the “stars,'” while others equally convenient and well arranged are provided for the support of the companies playing.

The theater was opened by Mr. Haverly on September 12, 1881, Robson and Crane appearing in Shakespeare’s Twelfth Night. He continued as proprietor until June, 1883, when financial reverses caused him to re-lease the property to Charles H. McConnell, who became the proprietor at that time. During the summer following he made such alterations and additions as gave that theater a world -wide reputation. The changes were made in the front of the building and in the lighting and ventilating facilities. But the chief attraction now is the art galleries, which were added to the theater in the summer of 1884. The two stores, which formerly occupied the space on each side of the grand entrance, were entirely transformed, and the foyer was re-arranged. The ceilings and walls of these apartments are a mass of golden Lincrusta-Walton, and the whole is made resplendent by blazing incandescent lights. The foyer is separated from the auditorium only by portie’res, and the apartment is decorated in a royal manner. Two marble statues, ” Ino and Bacchus” and ” Jephtha’s Daughter,” from the chisel of C. B. Ives, of Rome, occupy a conspicuous position, and the walls are hung with high-class paintings of the modern school. The art galleries were Mr. McConnell’s pet project, and they have proved to be a most attractive feature For a considerable time afternoon receptions and concerts were given by the management semi-monthly, and these were always attended by the fashionable people of the city. The collection embraces some very notable paintings, which are classified under the chapter devoted to a consideration of Art in this volume. A terra-cotta bas-relief of Sarah Bernhardt is shown, and Venetian carved ebony figures of male and female Egyptians, and “The Seasons” inlaid in copper, on panel, with ebonized frame, are conspicuous art objects exhibited. The art apartments are further embellished with cabinets, mantels, bronzes, bric-a-brac, Bohemian-glass vases, settees, screens, ebony, gilt and marble pedestals, bronze busts, Egyptian lamps, etc.

On February 2, 1885, a stock company was organized, and Mr. McConnell sold out a large interest in the theater. The same day, Mr. McConnell transferred the theater to the Columbia Theater Company, incorporated with a capital stock of $200,000, of which, J. M. Hill is president and manager; J. S. McConnell, treasurer and acting manager; and C. H. McConnell, secretary. The change of name from Haverly’s to the Columbia Theater occurred at the close of the Irving engagement, Miss Ellen Terry, the actress, having had the honor of re-christening it.

On 30 March 1900, It was destroyed by a fire that lasted thirty minutes. A cast in rehearsal escapes, but five other people were injured. 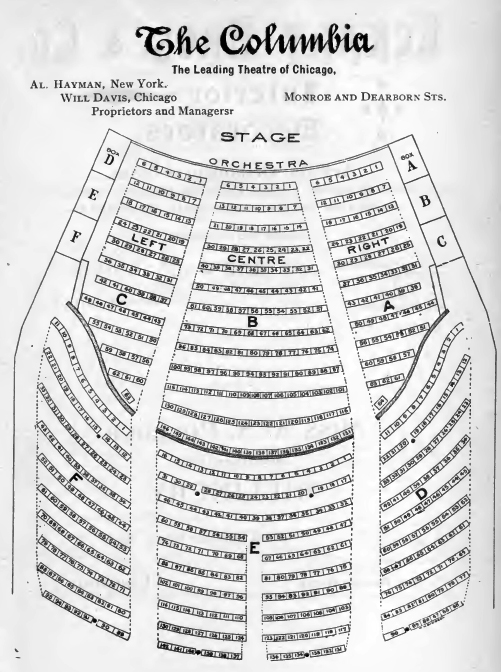 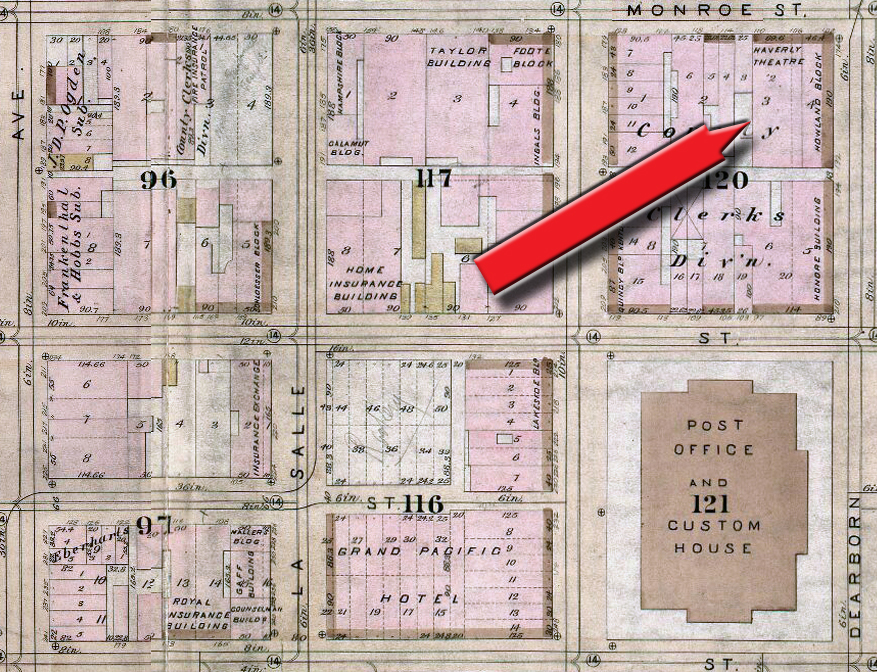