The massive and imposing block, illustrated herewith, stands at the corner of Clark and Monroe streets, directly opposite the office of The Land Owner. It is built of iron and stone throughout, and well-lighted halls, thorough ventilation, and al the modern improvements have been embodied in its construction. 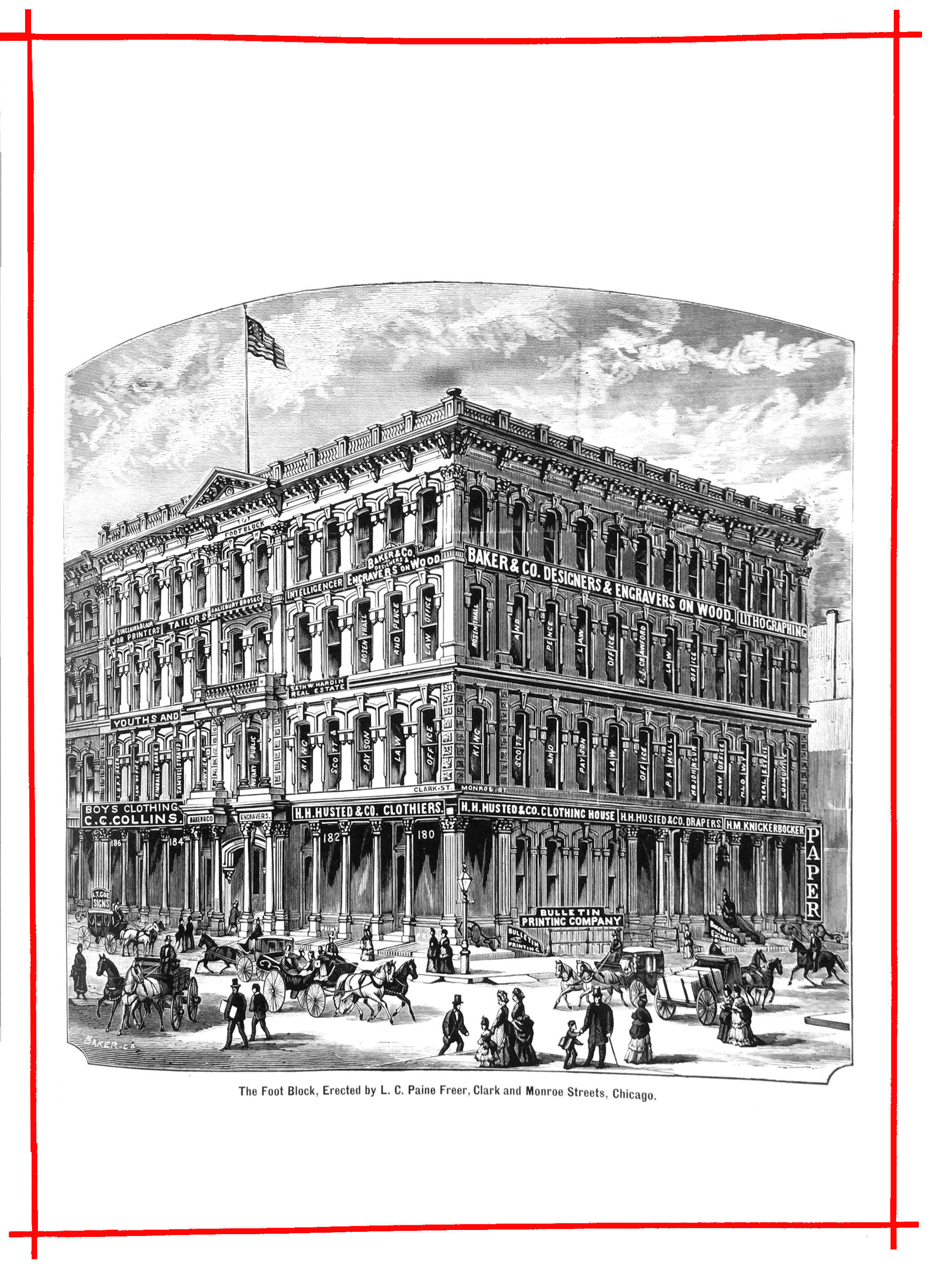 H. H. HUSTED & CO.
We would call the attention of our readers to the old and reliable clothing house of H. H. Husted & Co., now located in the Foot block, at the southwest corner of Clark and Monroe streets, who have carried on a successful business in this city since 1843. Previous to the great fire, they were under the Sherman House, where they lost their entire stock, but with the pluck and courage characteristic of Chicago people, they immediately ordered a new stock, and re-opened in a small store on State street.

They are now permanently located in this block, where they occupy a large and elegant double-store, and are prepared to suit their old friends and the public generally. In their custom department, they always keep a full stock of fine and medium clothing. In gentlemen’s furnishing goods, all the latest novelties will be found upon their shelves. Their elegant store is one of the most attractive of the many on Clark street.

C. C. COLLINS, JUVENILE CLOTHING.
This is one of the institutions of Chicago, we might say of the Northwest. Mr. Collins was burned out at 74 Randolph street, in the great fire, but immediately resumed business business on Wabash avenue, with a branch on West Madison street. Now we can find him located in the Foot block, at 184 and 186 Clark street, where he has the largest establishment of the kind in the United States, or the world, devoted exclusively to boys’ and youth’s clothing and outfitting. The store is handsomely fitted up, and has a thousand attractions for the boys.

The secret of Mr. Collins’ success is the uniform good and workmanship and quality of materials used in the manufacture of all his garments. He confiners himself entirely to retail business, and some idea of its extent may be had when it is added that the past year’s sales exceed one hundred thousand dollars. 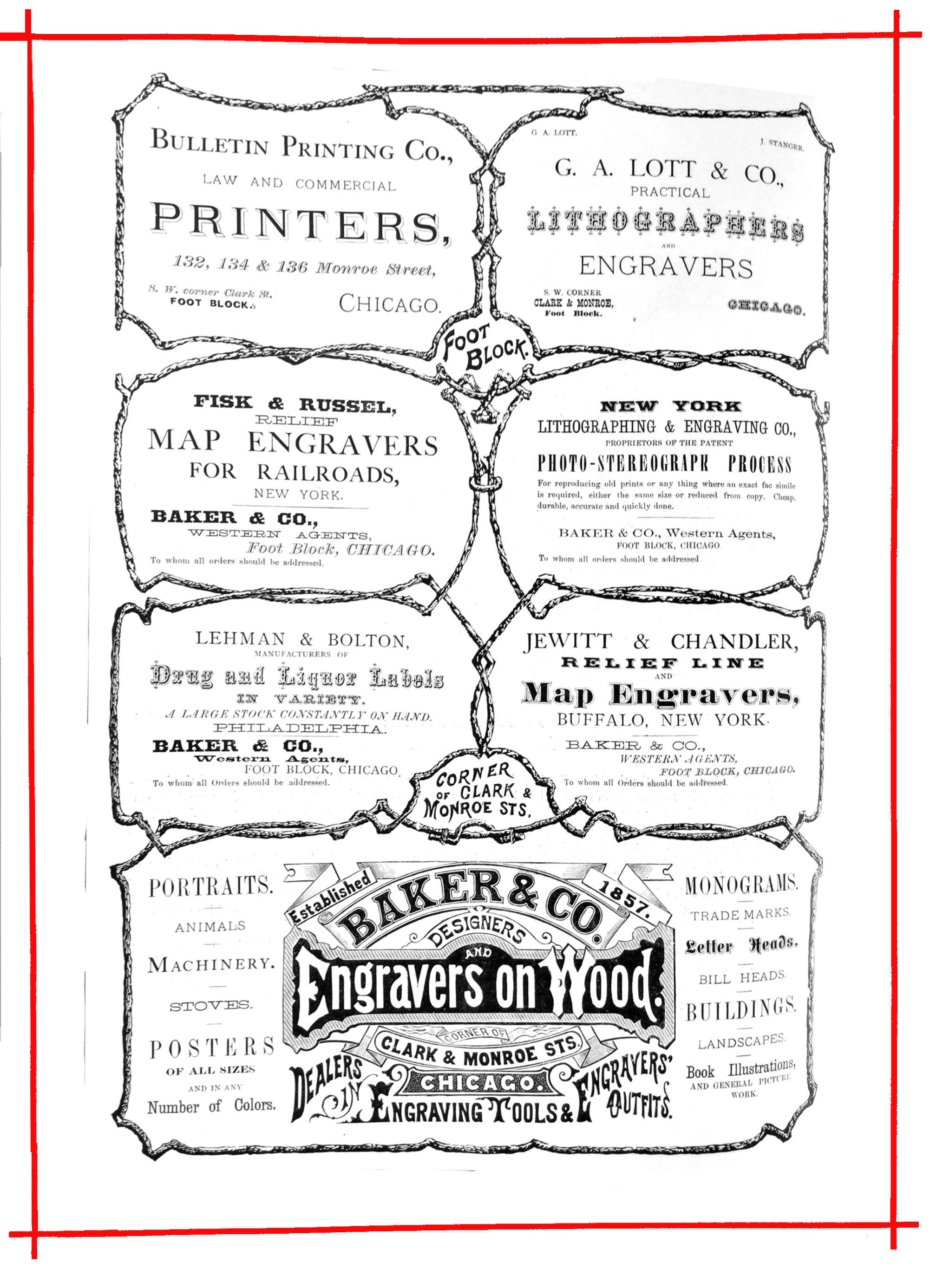 MESSRS. SINCLAIR & BLAIR.
This firm are located in the third story of the Foot block, where they have a very complete job printing establishment. The firm was established in 1865, and is composed of practiced printers who attend personally to the supervision of all work entrusted to them, and they allow nothing but perfect work to leave their office. They make a specialty of bankers’ blanks, for the execution of which they are well prepared.

KING, SCOTT & PAYSON.
On the second floor of the block, in the large and comfortable corner offices, we find this excellent law firm, in quarters admirably suited to their large legal business. The firm is made up of three attorneys well known at the Chicago bar, William H. King, Ira Scott and George Payson.

ROSENTHAL & PENCE.
This firm of lawyers occupy the corner offices on the third floor, the firm being composed of Julius Rosenthal, Public Administrator, which we illustrate elsewhere, and is a gentlemen favorably known in this city. The film make a specialty of Real Estate Law, in which they have won a large reputation.

H. LOWY.
This gentleman, who has just opened his office in this block, Room 5, is a private banker and broker, well known in financial circles. For the advantageous negotiation of loans he may be relied upon, as he owns as well as controls large capital. Mr. Lowy was established in 1864. He has an extensive knowledge of land matters in Cook county, and non-residents looking to the safe investment of capital will do well to correspond with him.

WILSON, PIERCE & CO.
This firm are engaged in the successful introduction of their celebrated weather guards, and also in the publishing business. Their weather guards render the use of weather strips useless, and they refer to the Gardner House, O. F. Fuller, John M. Van Osdel, S. M. Moore, Chas. L. Wilson, and hundreds more who use them. Our best architects say that no building is complete without them.

BAKER & CO.
In closing our sketch of this fine structure and its tenants, we cannot fail to mention Baker & Co., the well known wood engravers, whose artistic workmanship has so long graced the columns of this journal. This firm occupy the upper story of this building, where they have the peculiar north light required by their artists, and all other necessities of their business. This is the largest engraving establishment west of New York, working constantly about fifty men in its various departments. It turns out more work annually than all the other establishments in the city. 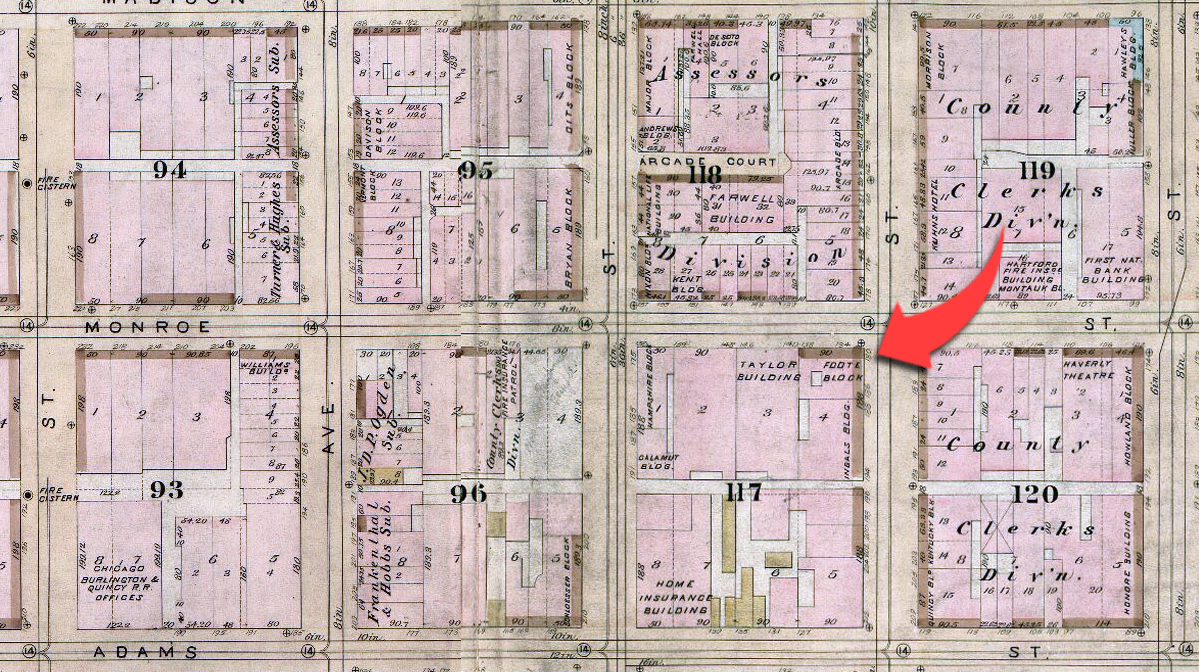