THE REPUBLIC LIFE AND JOHN V. FARWELL’S GOVERNMENT BUILDING.
This massive and imposing block of buildings stood the test of the fire better than any other in the city, exception, perhaps, the First National Bank building. The Republic Life Insurance Company immediately began to rebuild their edifice—the main front building, as shown in our engraving, and Mr. John V. Farwell also set about replacing his large and roomy building adjoining it in the rear, the entrance to which is on Arcade court, and through the Republic building. The work has so far progressed that the Republic Life now occupies their old rooms for business, and the rear building will soon be tenanted by the U. S. Government offices, Mr. Farwell having leased it to the United States Government till the new custom house is completed.

These buildings are among the most costly and imposing in our rebuilt City, and have been repaired in the same style as originally built, with only such alterations as have been suggested by the lessons learned in the fire. They form one of the land marks that will ever stand to connect us with the past great city—monuments of our anti-fire days.

The Republic Life Insurance Company, of John V. Farwell is President, A. W. Kellogg, Vice President, and John F. Collins, Secretary, came through the fire with securities unimpaired, and still maintains the old time reputation, and is increasing its business already large before the fire. It offers life indemnity, on equally secure and far more favorable terms than the older companies of the East, and should be closely examined. and when examined, will be patronized by all true western men. 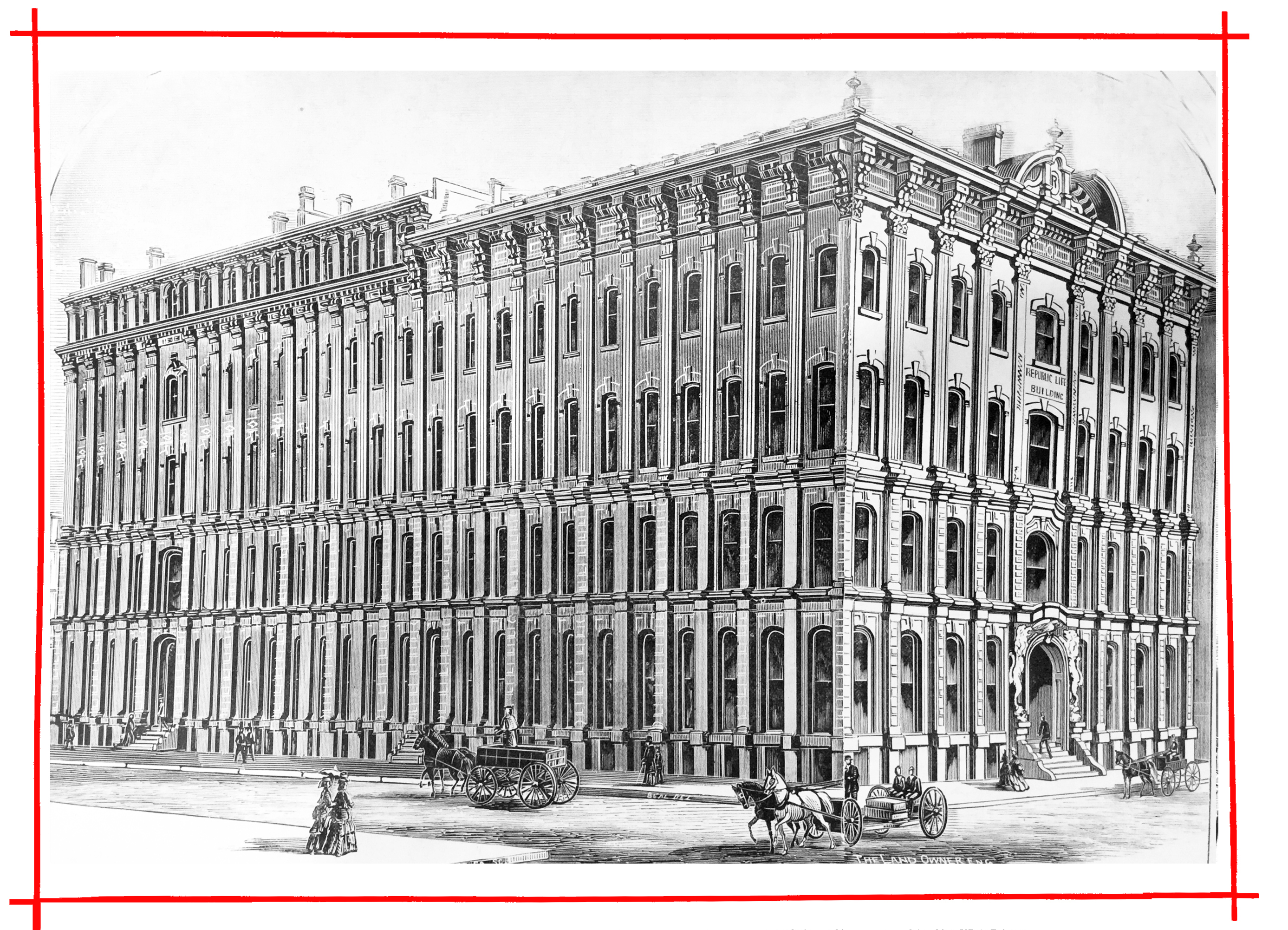 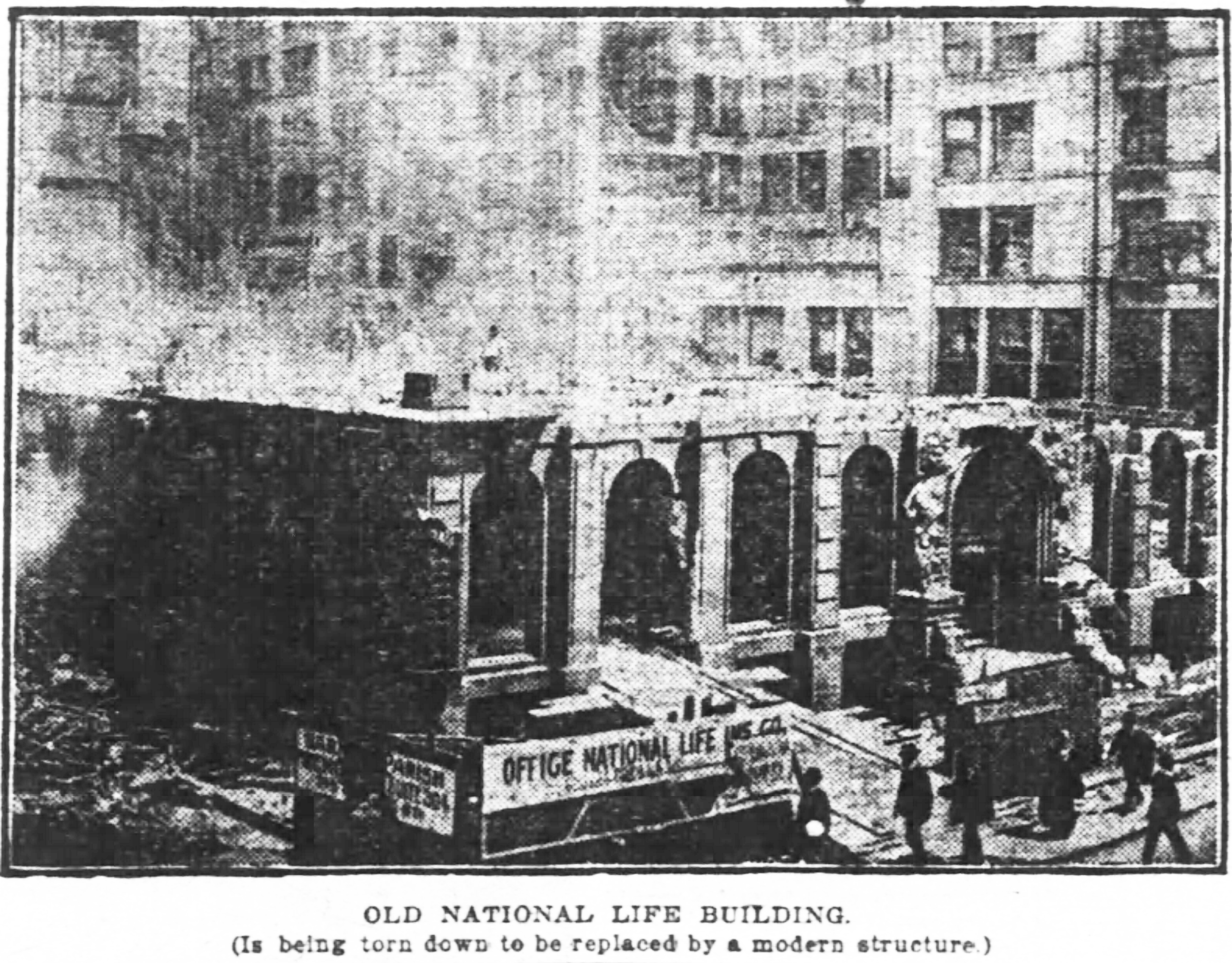 The National Life Building, formerly the Republic Life Building II, being torn down to be replaced by the Equitable Building (1902-Present). 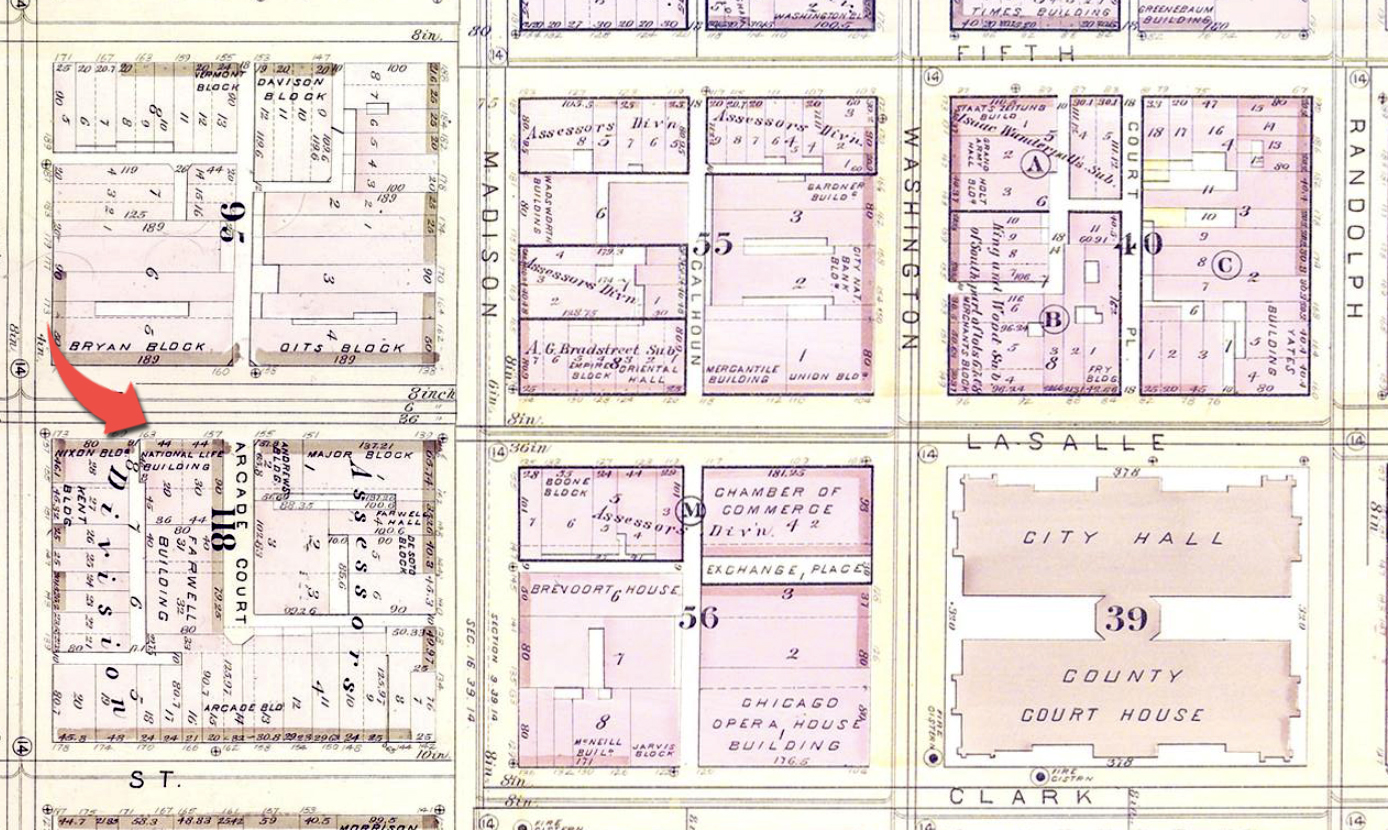