The elegant and commodious building, of which we present an engraving below, has just been completed at the southeast corner of Madison and Market streets, and will be occupied as a boot and shoe manufactory and salesrooms by the well known firm of M. D. Wells & Co. This building is one of the best built and arranged of our New Chicago, its cost being $100,000. It has a front of Philadelphia pressed brick, with Ohio trimmings, upon both Madison and Market streets. and a presents a massive and attractive appearance. The firm of Messrs. M. D. Wells & Co., composed of M. D. Wells, R. Benedict, H. J. Macfarland, and S. P. McIntyre, is one of the oldest in the wholesale trade in our city. It was established in 1852 at 145 South Water street, and was burned out October 9th, at 114 and 116 Wabash avenue. This house was then occupying the finest wholesale boot and shoe store in the West. They will use the upper stores of the new building for their manufactory, and the lower floor and basement for salesrooms.

The main entrance to the store are upon Madison street, at Nos. 256, 258, 260 and 262. The entrance to the manufactory and shipping department are upon Market street, and this being the widest thoroughfare in the city, gives them ample facilities for conducting their extensive business.

The building is thoroughly heated by steam, having steam elevators and steam power in the factory. The store and factory are well worth an examination of the trade in this line, as they are both models of business economy, and monuments of well deserved success. 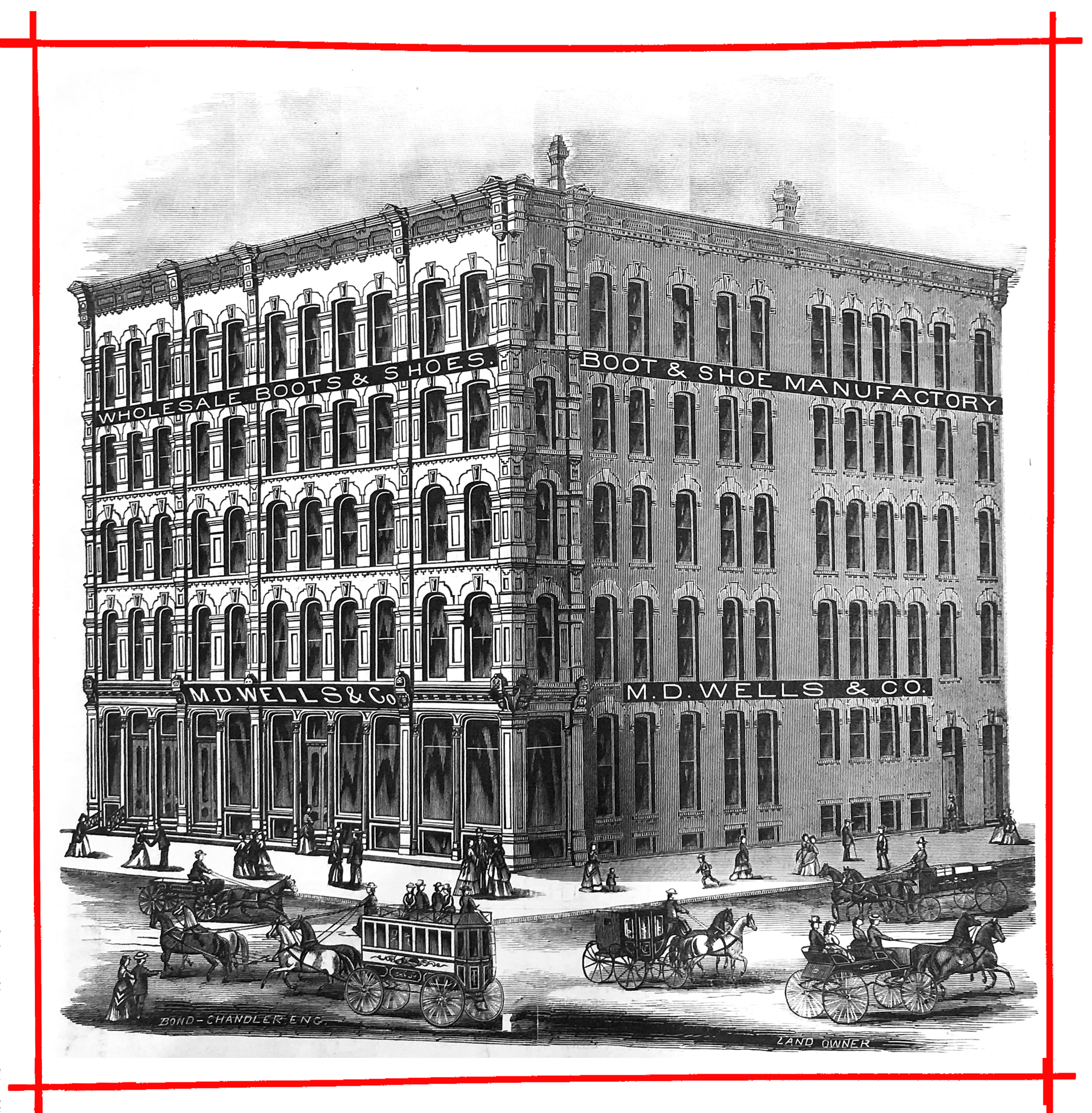 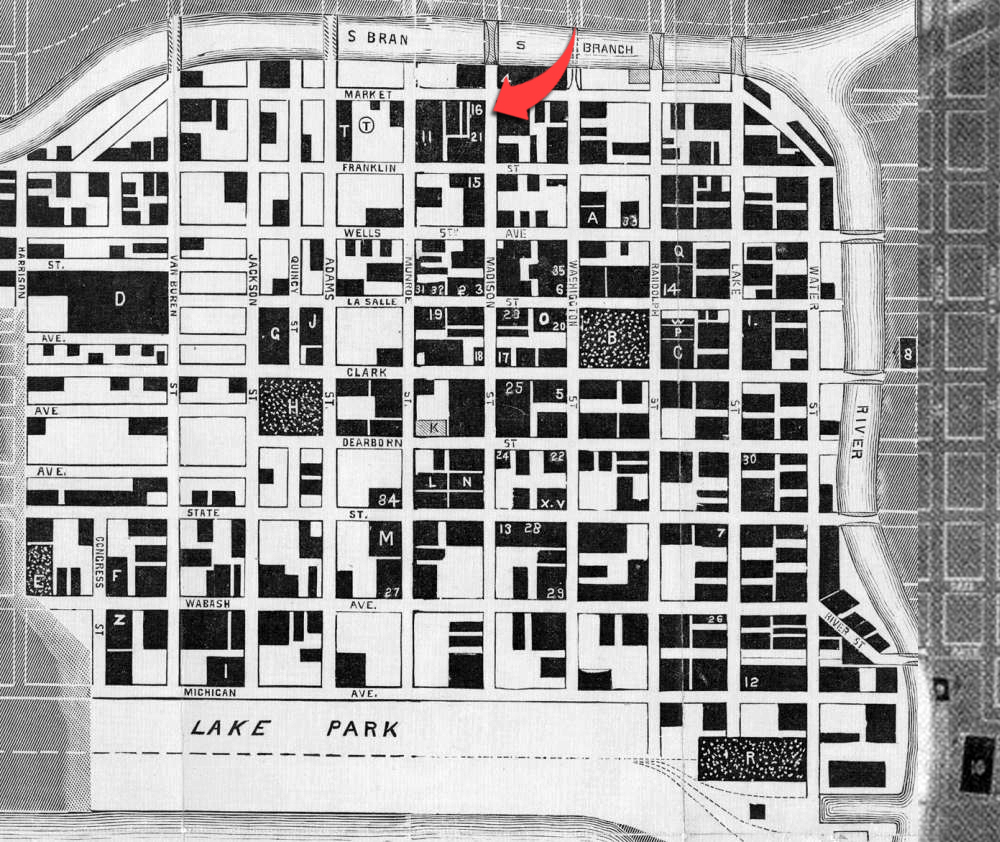 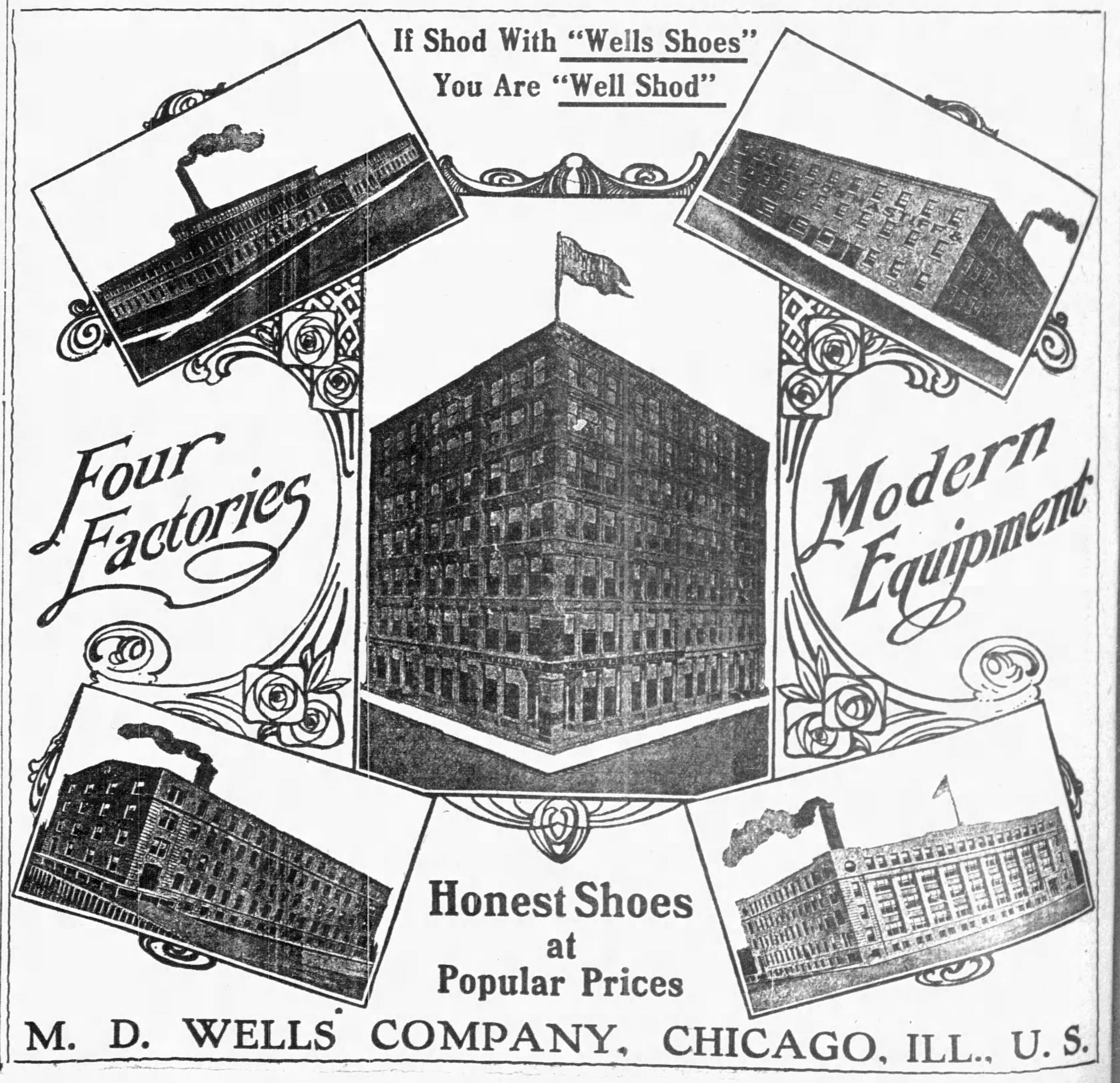 Moses D. Wells, a pioneer Chicago business man, died yesterday at his residence, 2550 Michigan avenue, at the age of 73.

Mr. Wells came to Chicago twenty years before the fire and established what probably was the first shoe factory in the west. He had been continuously in business in this city since until his retirement six years ago.

He was born in Otis, Mass., in 1837, and came to Chicago in 1852. He was married to Miss Fannie Searles of Buffalo, N. Y. She died in 1873. Their two daughters, Mrs. Charles F. Atkinson and Mrs. Hayward Van Doren Shaw, reside in Chicago.

In 1883 Mr. Wells married again, his wife being Miss Elizabeth Corwith, daughter if the late Nathan Corwith. Their elder daughter, Mrs. Russell B. Lowe, resides in Fitchburg, Mass., and the younger, Miss Elix=zabeth Wells, is a student at Briarcliff school.

He was a charter member of the Chicago club and the Calumet club.

The funeral services will be held at his late residence at 1 p. m. tomorrow. Interment will be private. 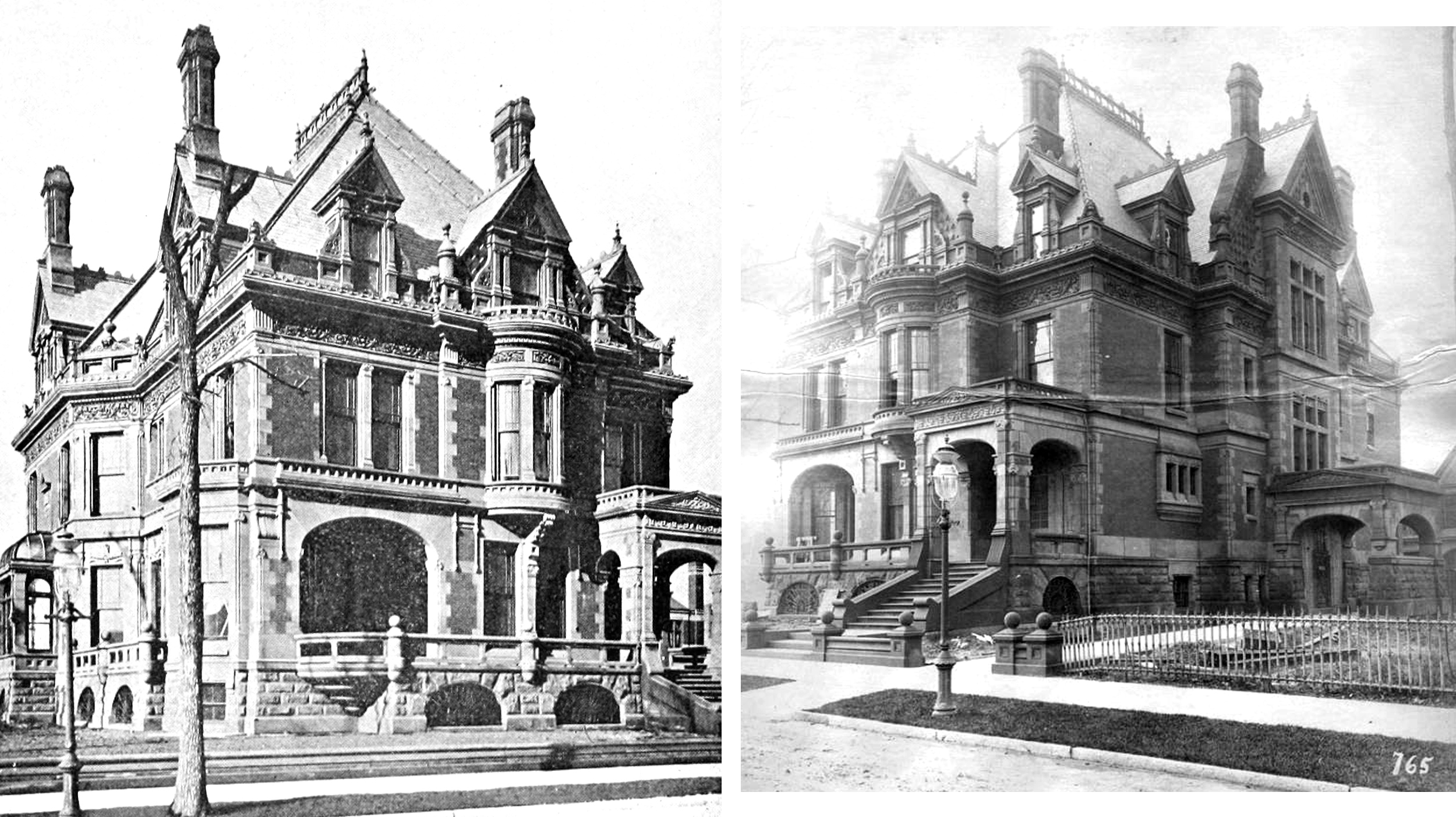 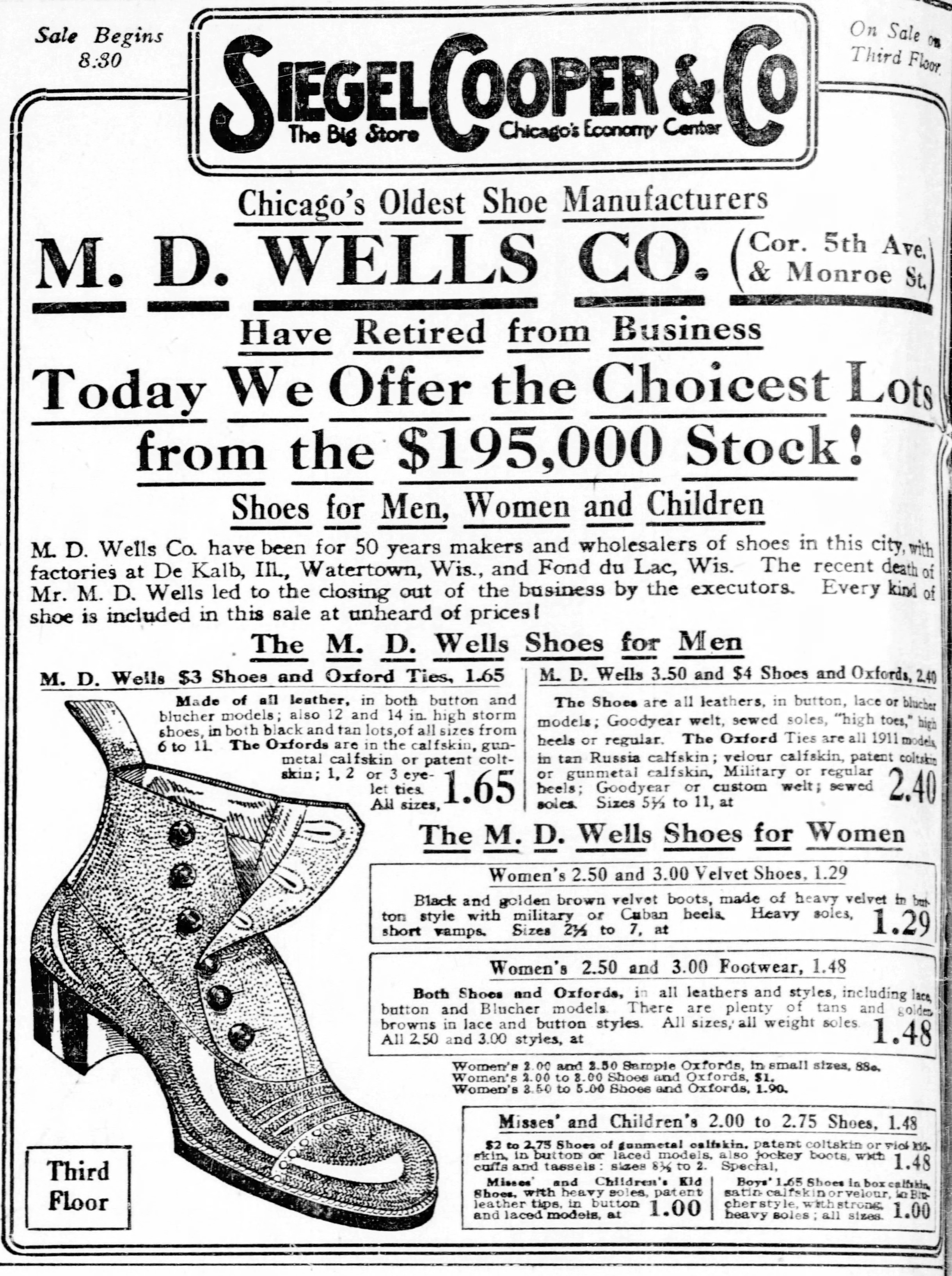 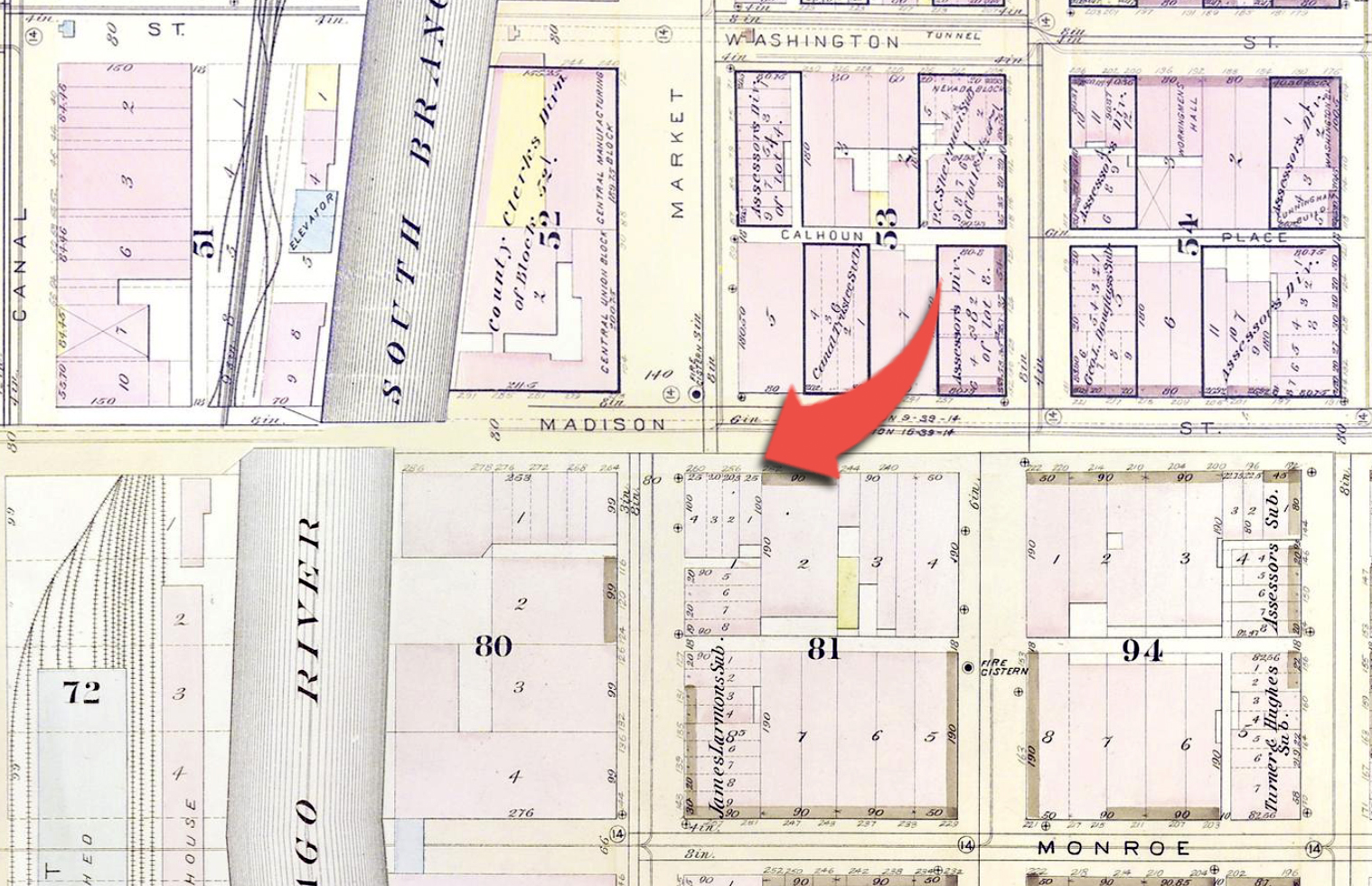 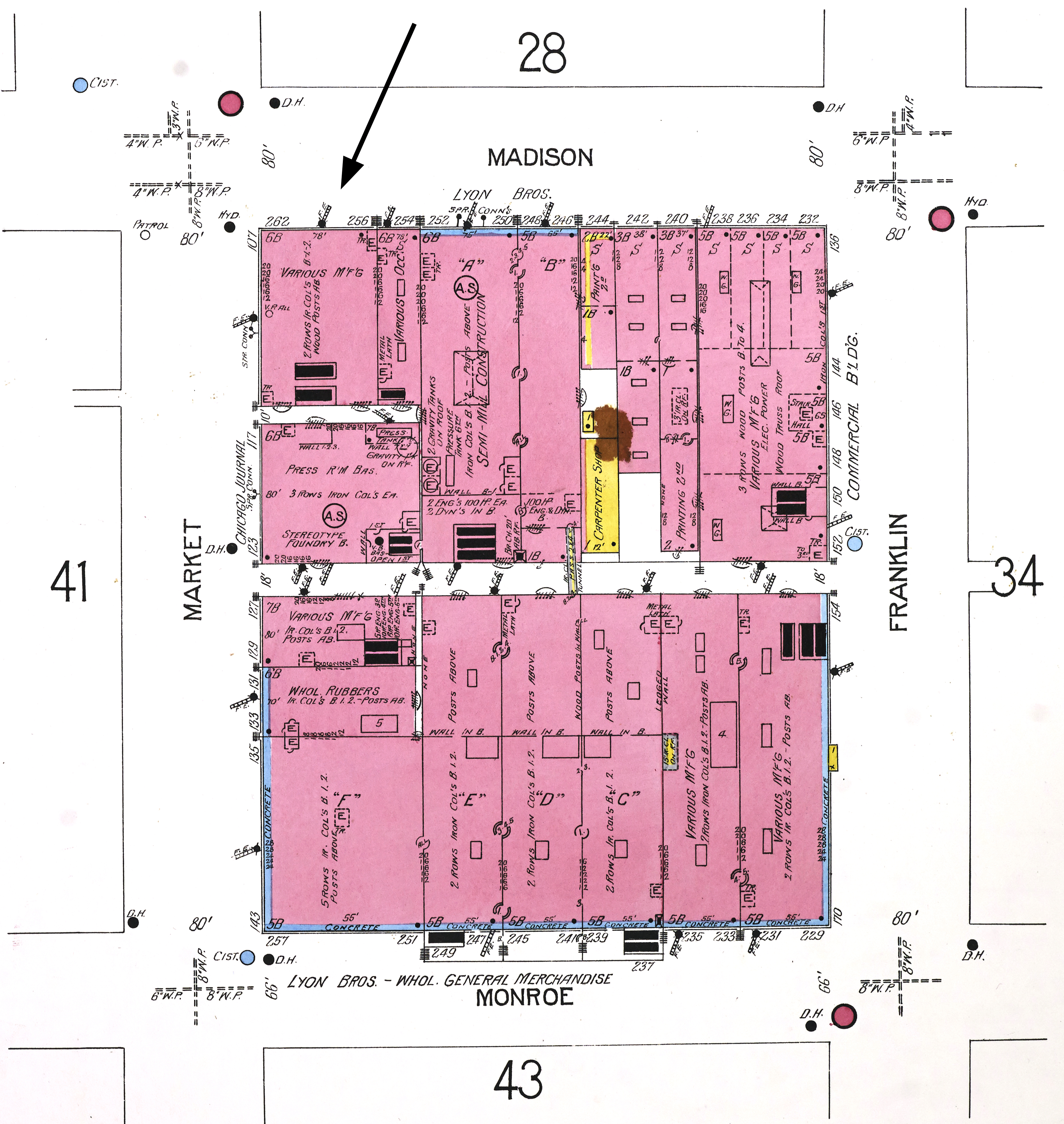