Hon. John C, Dore has purchased from Ira Holmes the lease of the site of the old Raymond Block, northwest corner of State and Madison streets, being 66 feet front on State and 125 on Madison, and will immediately commence the erection of an elegant business block, suitable for stores. 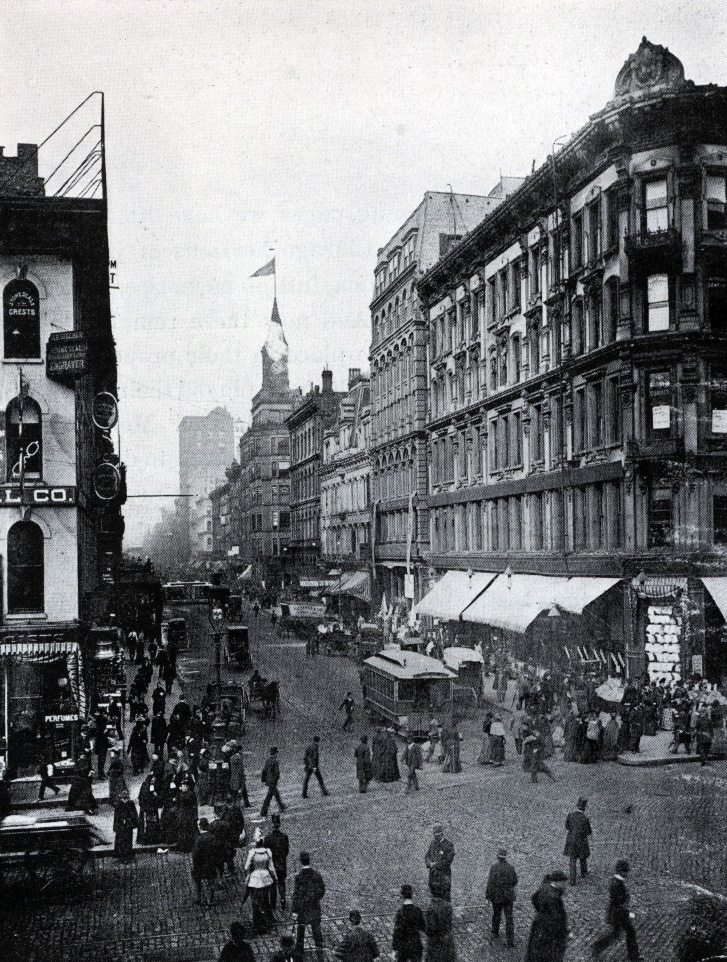 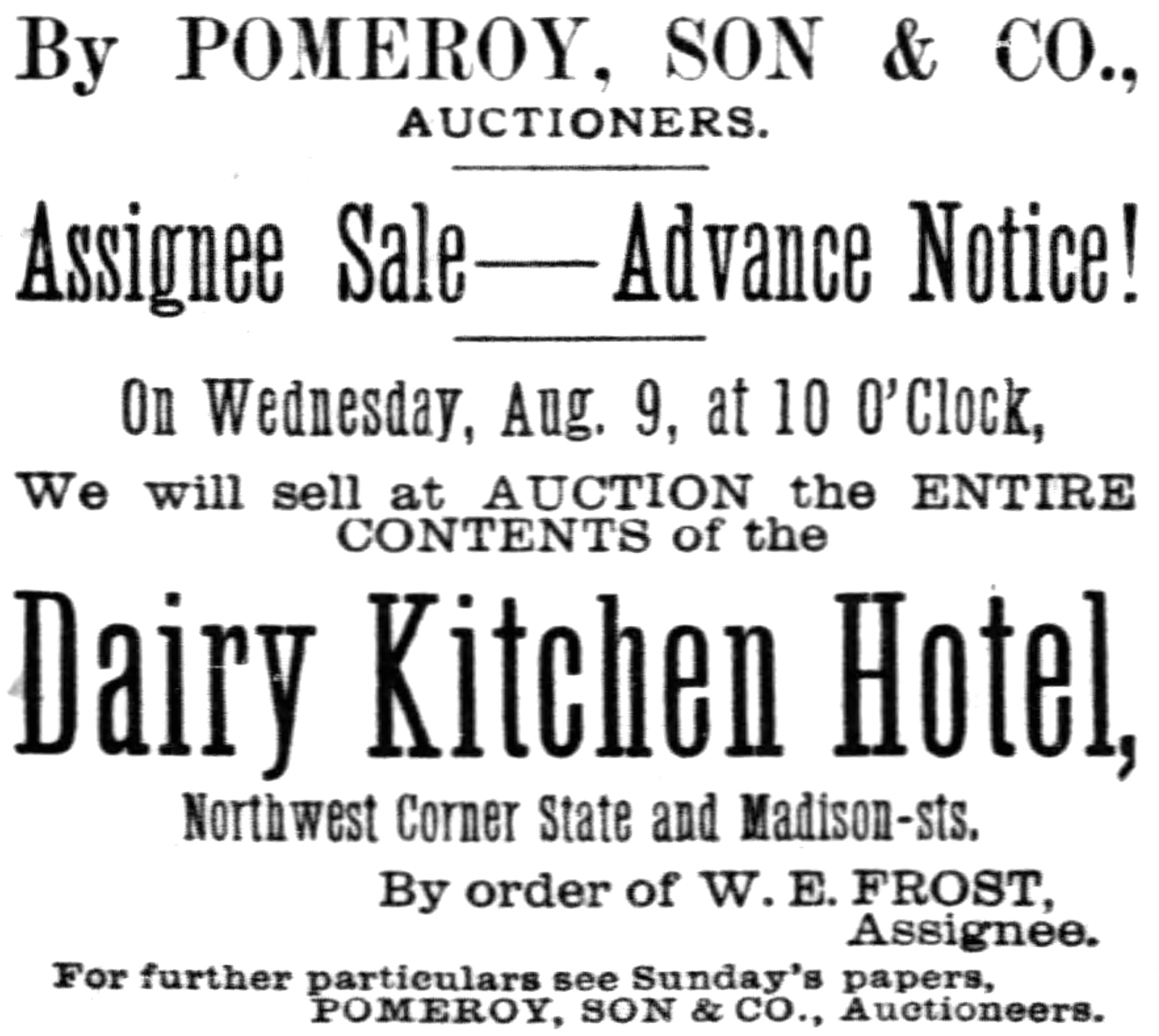 DAIRY KITCHEN CLOSED BY SHERIFF.
Employes Left with Neither Money nor Food—Liabilities, $34,000.
The Dairy kitchen and hotel and restaurant, State and Madison streets, was closed by the Sheriff yesterday afternoon. As a result 150 employes are turned out with considerable back pay owing them, and may of them without the price of a meal or bed. Up to a late hour the employes thronged about the barred doors, and it was only when informed by the receiver that they would all be paid Monday that the angry crowd disbanded, The liabilities of the concern are $34,000, and the assets, which consist only of a short-time lease on the building and some paid furnishings, $8,000. George D. Smith, proprietor of the place, came from New York last June and rented the building for $250 a day. He fitted the rooms with bunks, four and six in a room, which he proposed to rent at $3 each. About half the employes had rooms in the hotel, and the receiver notified them that they must vacate by tonight. Many of them were left without a cent, and were already suffering from hunger as they had eaten nothing since noon. One man, with a family to support, asked that they might be allowed to have the provisions that were left over from the table during the afternoon, but even this was refused. The men were told that wages were always the first debts to be paid and that the receiver would ask the court early in the week to allow him to pay them. The men received the words kindly, notwithstanding their growing hunger. The principal creditors are: W.E. Frost Manufacturing company, $8,000; Sprague, Warner & Co., $6,000; Burley & Co., $4,000. The furnishings are covered by a $6,000 mortgage in favor of the W.E. Frost company. Smith has two places on Union Square in New York, one called the Columnia, on Fourteenth street, and the Union Square, on Broadway. Both were attached on judgements last week in New York. 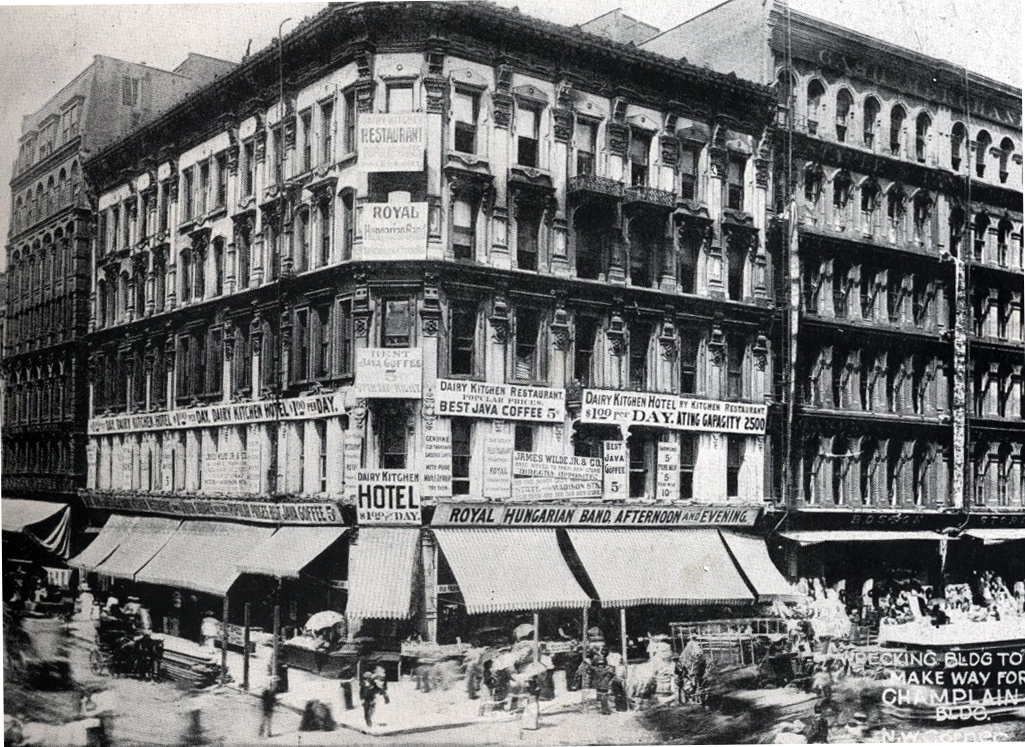 Dore Block as the Dairy Kitchen Hotel in 1893