This hotel was built in six stages, the first of which was opened as the Albany Hotel in April, 1873. Its four stories became the present (1985) six in 1883, and it was renamed the Grand Palace Hotel around 1888.

The cornice at the top of the building, the lintels over the windows and the ornamental designs over the bay windows are signatures of the era and of architectural interest. Sometime in the decade following a $90,000 remodeling in 1914, the Grand Palace was renamed the St. Regis after St. John Regis (1597-1640), a French Jesuit who ministered to the sick and founded a refuge for wayward women.

In its heyday it was one of the “theater hotels” serving the stars who played in the Loop. Bing Crosby, legend has it, favored the St. Regis when he appeared here. 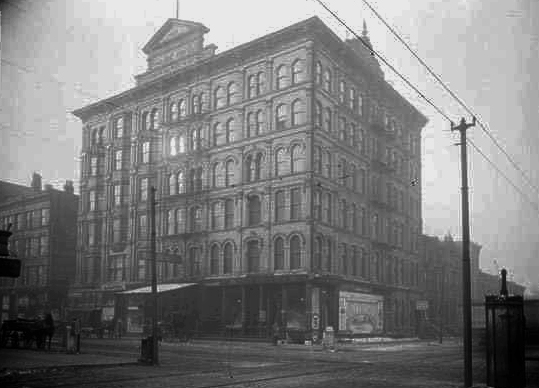 Opened in April, 1873; six stories and one basement high, on spread foundations. The north corner portion, 54 feet by 80 feet, was renamed The Palace Hotel. From an examination of the exterior building fabric, fenestration, and ornament, it would appear that the present structure is the result of several additions. The south three, six-story bays are distinctly one building, perhaps added later. The north five bays, up to the fourth story, are probably the original building, upon which two additional stories were added. Thus, the present building is composed of eight irregularly spaced bays, all six stories in height and united by a continuous cornice.

Approximately 80′ x 100′. Six stories and basement. Eight bays on east (Worth Clark Street) front; south three equal; and north five have 2-1-2-1-2 rhythm (beginning with the fourth story – which was probably the top story of the original building – the narrow bays have two windows below a single hood-mould.) Bays on north (West Grand Avenue) side have 2-3-2-3-2 rhythm. 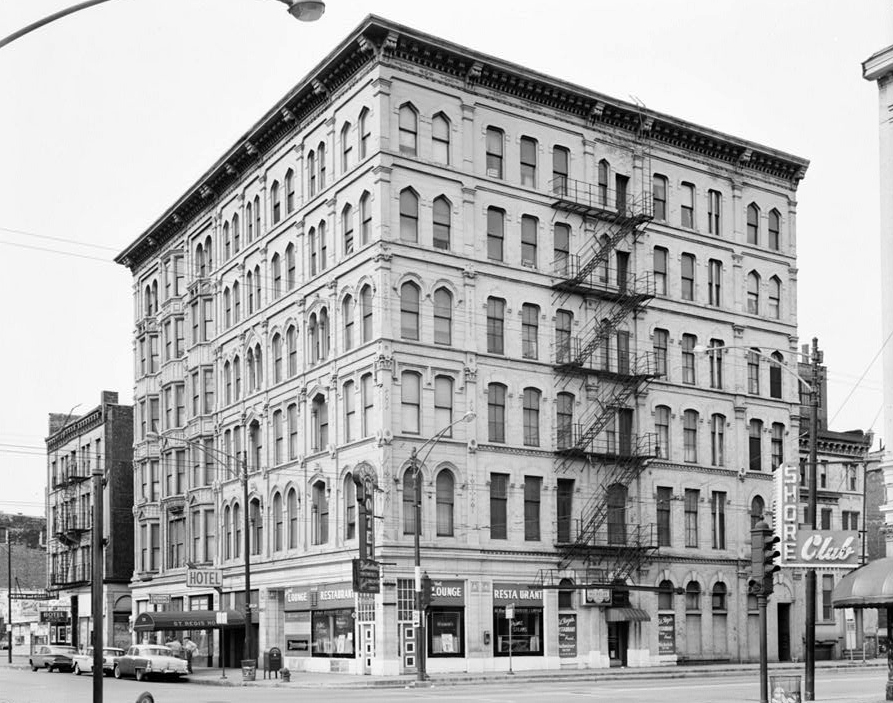 The scheme for extending this hotel is to result in establishing one of the greatest hostelries in the world on the North Side. It is to contain 800 rooms and to cover two entire sides of a block. The plans, which have been prepared, provide for a seven-story building, to extend from the corner of Clark and Indiana (Grand) streets south to Illinois street and west on Illinois street The Palace Hotel, 100 feet on Clark street and 80 feet on Indiana street, occupies the corner. It is seven stories and basement high. Next to this is an alley. South of this is a four-story building, and on the corner is a building five stories high. The entire Clark street frontage is to be brought up to the height of the Palace Hotel, the additional stories will be of the lightest possible composition. The walls will probably be built of hollow brick and terra cotta. It has been decided to build bay-windows over the alley. On the Illinois street side the plans are not so well developed. The hotel company has leased eighty feet in addition to the eighty-foot corner. This will be built up eighty-three feet high, to correspond with the Clark street frontage. The reconstructed building is to be known as the Grand Palace Hotel, and will cost $300,000, and will be under the management of C . P. Newberry, owner and proprietor of the present Palace Hotel 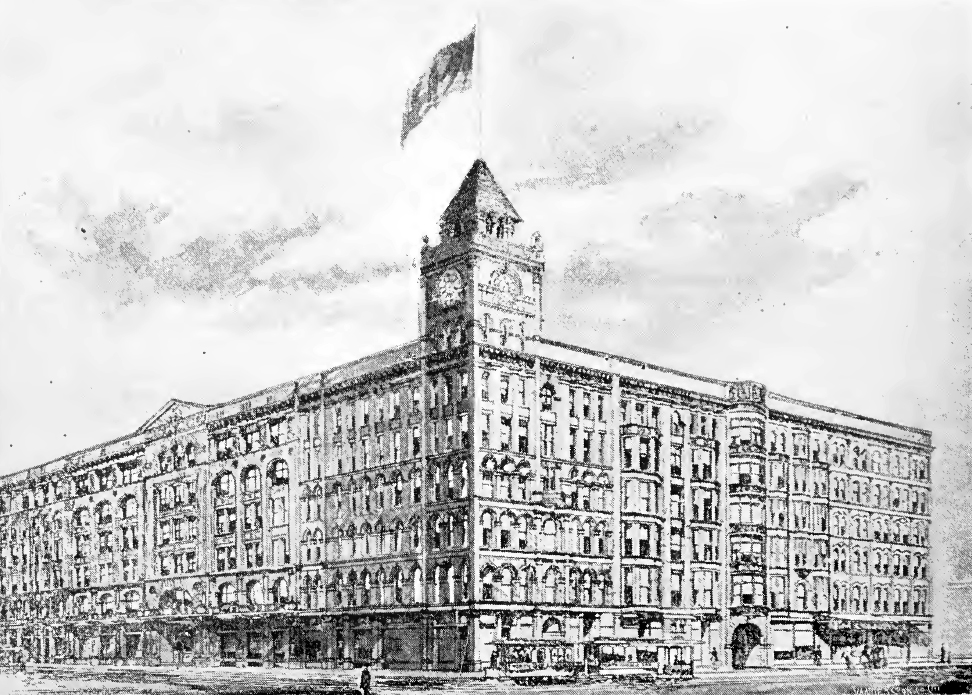 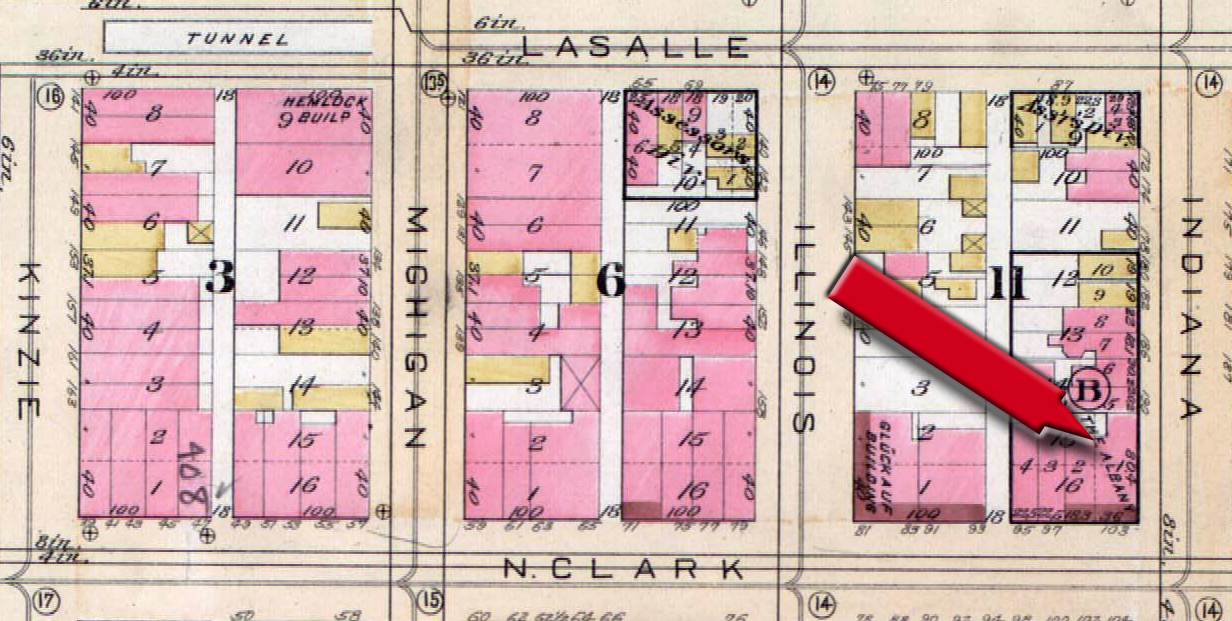