733 N. State street, on the northeast corner of E. Superior street, was built in 1874-75 by Brooklyn Architect Patrick Charles Keely. An addition was by Henry J. Schlacks, architect. Spread foundations were used, but in 1915 four caissons were built under the spire, which is 210 feet high.

In 1888, the first of several Cathedral renovations begins. The quick, post-fire construction has left Chicago with a cathedral literally “sagging” on its Superior Street side. 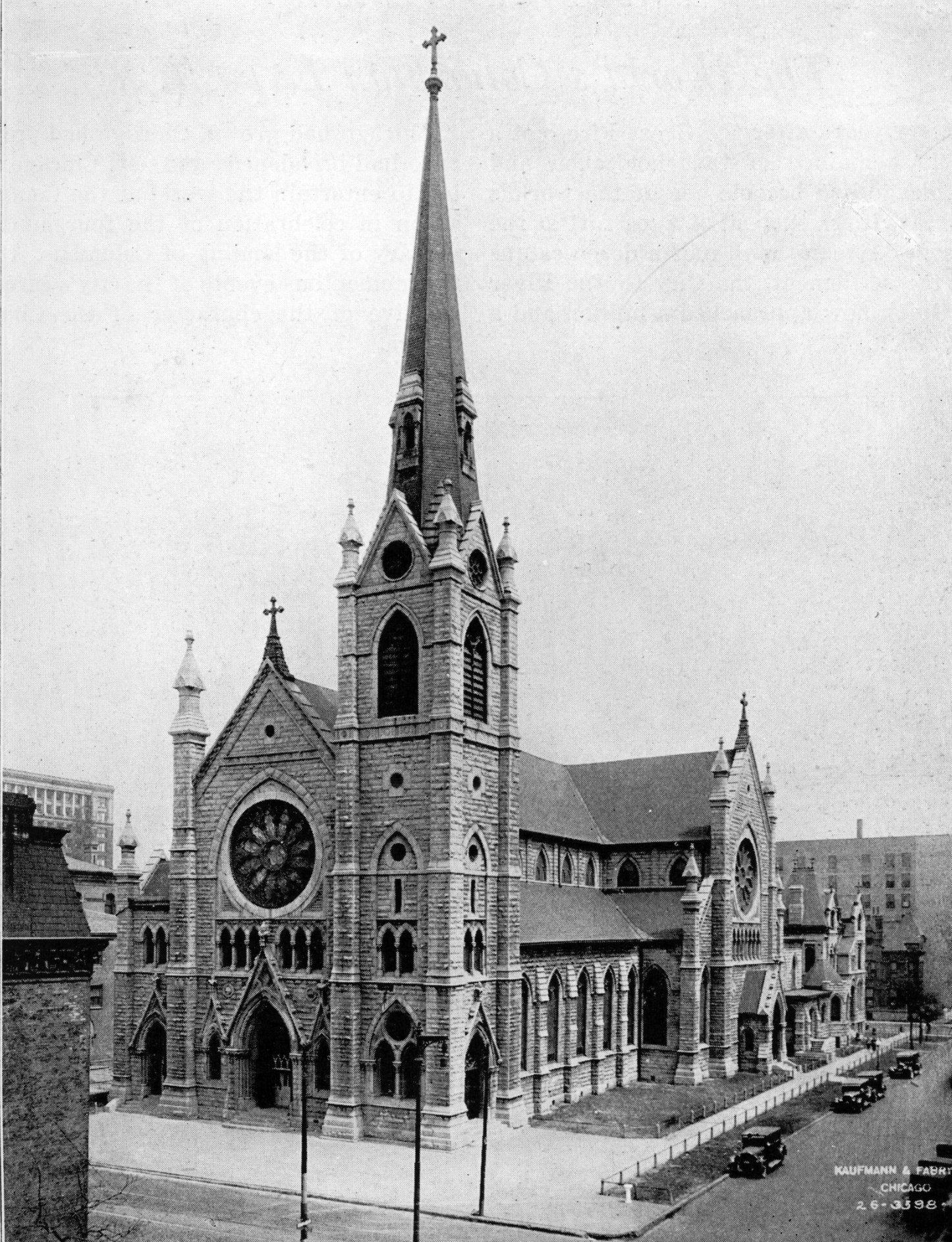 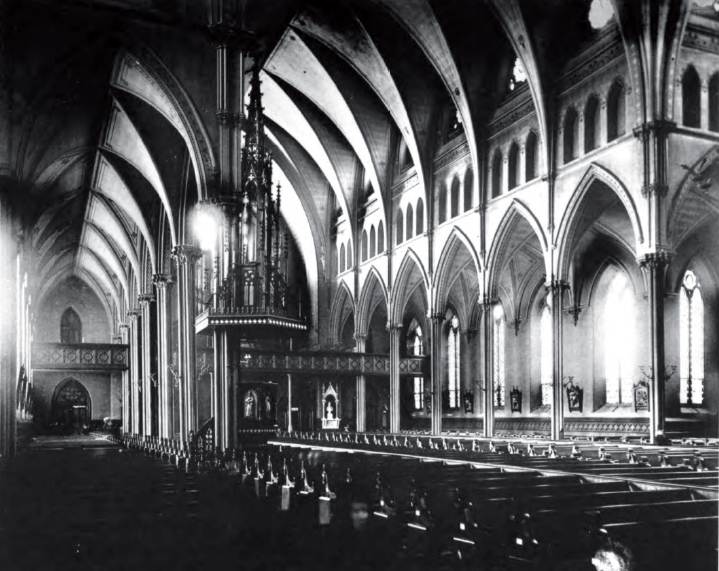 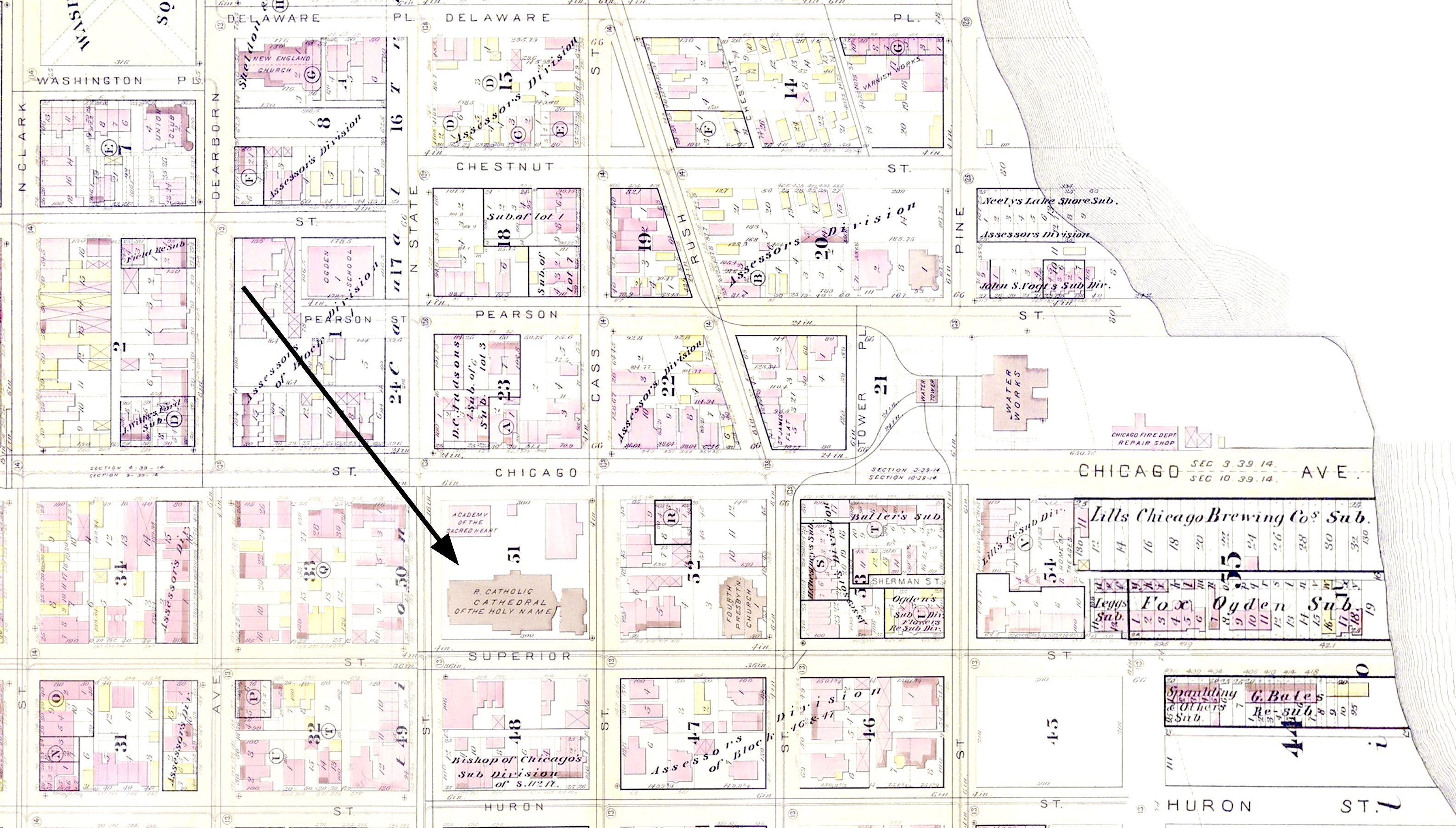 The first church in the current site, on the northeast corner of State and Superior streets, began with a small building erected in the early 1850s. With the increasing number of Catholics in the North Division, the Catholic Church hierarchy authorized a much larger building that would be the cathedral of the Chicago Diocese.