1892 was the four hundredth anniversary of Christopher Columbus’ historic voyage to the Americas and there was going to be a celebration. In a fierce competition of world-class cities including New York, St Louis, Chicago and Washington DC to host the event, President Harrison announced on 25 April 1890 that Chicago will the chosen site.

Extending from Cottage Grove Avenue to Lake Michigan, and from 56th Street to 67th Street, the grounds for the World’s Columbian Exposition was the site of a massive building effort. If Chicago owes its physical supremacy directly to the Great Fire, which swept away the cheap wooden and flimsy structures and left a clear field for a city of stone, steel, glass and cement, it owes its cultural supremacy and its international fame to the World’s Columbian Exposition.

It was decided early in the planning that in order for the Fair to succeed it would have to be held during the summer months. Due to New York’s Grand Parade on Columbus Day, 1892, Christopher Columbus’ birthday, the Chicago ceremonies started on 21 October 1892 with a Dedication Day Parade. The date coincided with the actual date of Columbus’ landing in the Americas. The formal opening was held on 1 May 1893, but all the buildings were still not completed and some scaffolding still in place, nevertheless the celebrations continued.

Present at the opening day ceremonies were President Grover Cleveland and the Duke of Veragua who was a linear descendant of Christopher Columbus.

Due to the temporary building material used, only two of the 200 buildings of the Fair survived â€“ the Columbus Memorial Building, which is now La Rabida, a hospital for cardiac children, and the Fine Arts Building, which eventually became the Museum of Science and Industry. In addition, the current Osaka Gardens, originally the Ho-o-den exhibit from the Wooded Island, continues to this day in Jackson Park. Between the time of the Fair and the 1933-1934 Century of Progress Exposition, the Fine Arts Building was the original Field Museum of Natural History. After the exposition, the museum moved to it’s current Grant Park location. A 24-foot replica of the original 65-foot Statue of the Republic stands at the foot of 65th Street. Another building, the German Building, served as a museum till a fire destroyed it on 31 March 1925.

Many prominent civic, professional, and commercial leaders from around the United States participated in the financing, coordination, and management of the Fair, including Chicago shoe tycoon Charles Schwab, Chicago railroad and manufacturing magnate John Whitfield Bunn, and Connecticut banking, insurance, and iron products magnate Milo Barnum Richardson, among many others.

During the six months that the Fair was open, 27,539,000 visited the Fair. The Fair’s last day was 30 October 1893. The biggest single day of the Fair was Chicago Day, which commemorated the anniversary of the Great Fire of 1871. 716,881 people attended that day. The exposition was such a major event in Chicago that one of the stars on the municipal flag honors it

The Fair, however, did not close on a very positive note. Just three days prior to its closing, Chicago’s mayor, Carter H. Harrison, Sr., was shot five times by a visitor in his home. This visitor was Patrick Eugene Joseph Prendergast, a follower of the single tax enthusuast, Henry George. The motive of Mr. Prendergast was to get even with the mayor for not appointing him as corporation counsel. Mr. Pendergast turned himself in and the jury took only an hour to find him guilty of first degree murder. This was Clarence Darrow’s first murder case, unsuccessfully arguing that his client should be declared mentally unfit to stand trial. It was a very somber closing of the Fair.

For though the buildings remain, and the “people” at the last have their own, the White City is gone. It can never come again. Out of the ashes something may come more beautiful than we knew before, but never again will come what ’93 has given to us. The White City is lifeless. Only the shell remains. It is heaven untenanted 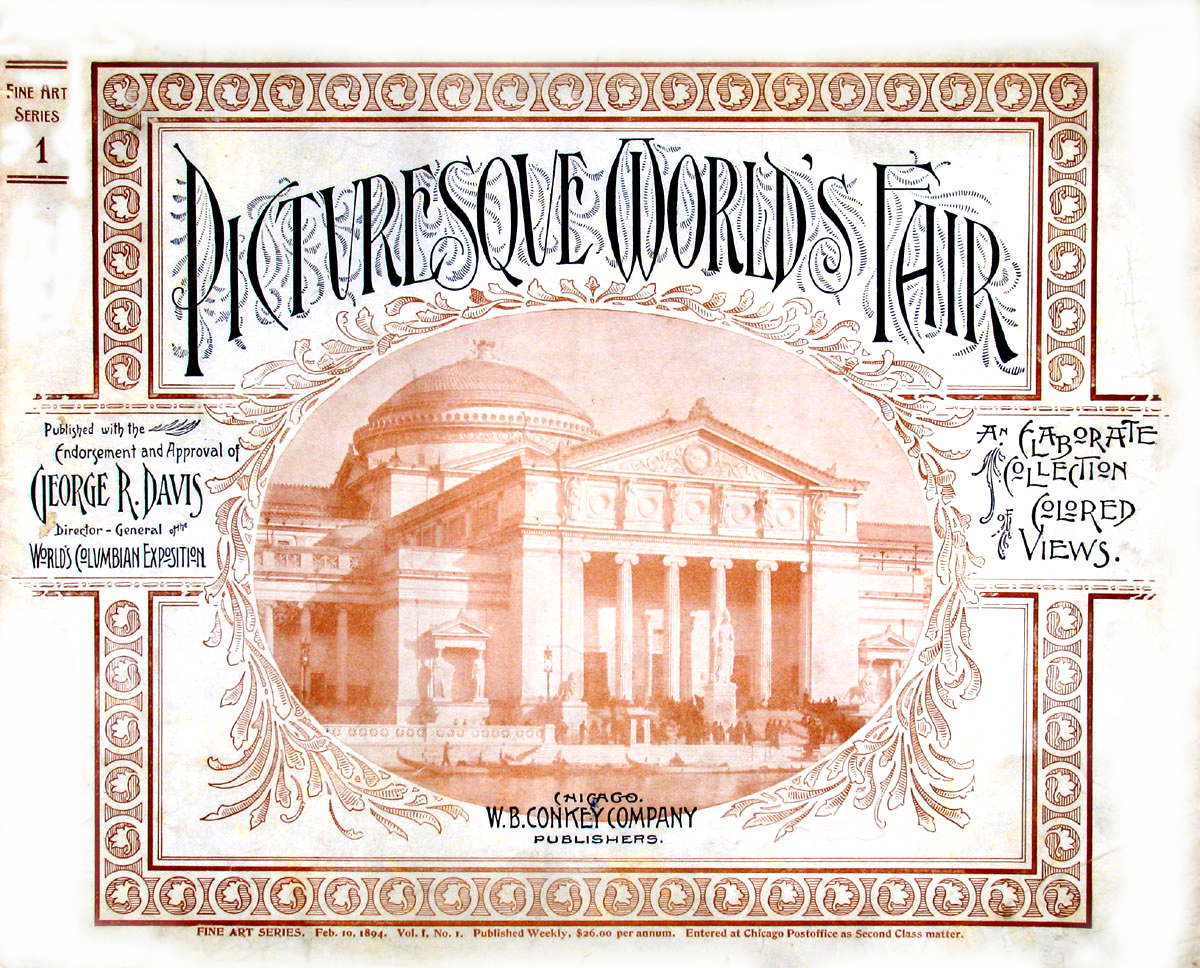 Gallery above includes several images from this collection.