Picturesque World’s Fair
An Elaborate Collection of Colored Views
Published with the Endorsement and Approval of George R. Davis,
Director-General of the World’s Columbian Exposition
1894 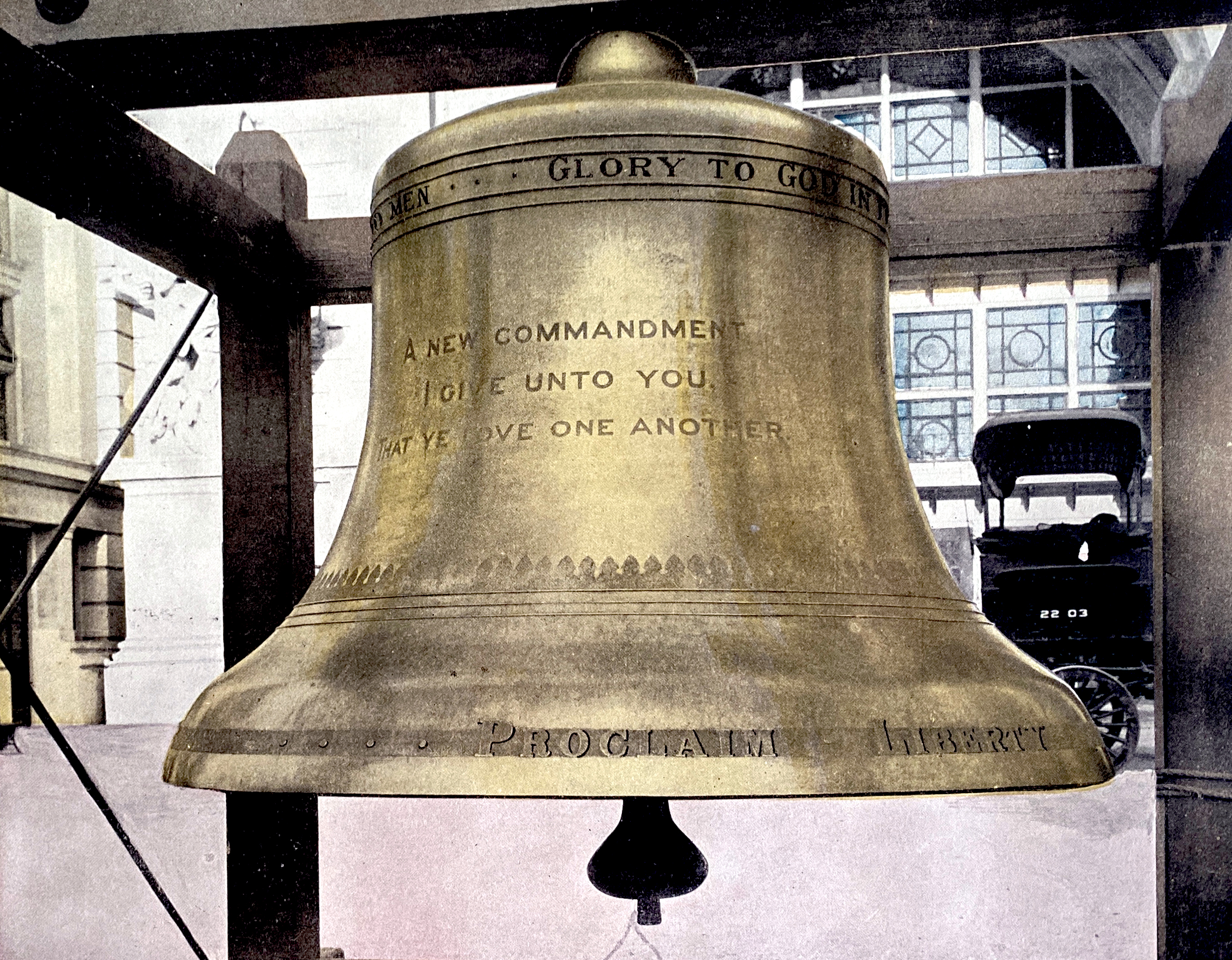 THE COLUMBIAN LIBERTY BELL.—Not least among the ideas natural to the Columbian year, and which finally embodied themselves, was that of casting a new Liberty Bell, one the very metal of which should have associations connected with the thought of liberty and a universal brotherhood. The plan of such a bell was conceived by Mr. William McDowell, of New Jersey, and it was he who carried it into execution. Correspondence was entered into on an extensive scale, contributions for the bell came from hundreds and thousands of sources, and it was cast in time to be one of the features of the Exposition, occupying a prominent place on the Plaza just west of the Administration Building, and being rung on different notable occasions. Unique gifts contributed to make the composition of the new Liberty Bell remarkable. The keys of Jefferson Davis’ house, pike heads used by John Brown at Harper’s Ferry, John C, Calhoun’s silver spoon and Lucretia Mott’s silver fruit knife, Simon Bolivar’s watch chain, hinges from the door of Abraham Lincoln’s house at Springfield, George Washington’s surveying chain, Thomas Jefferson’s copper kettle, Mrs. Parnell’s earrings and Whittier’s pen are all among the articles melted to make the bell. Surely if there be anything in association it should always ring strong and true for liberty. It was first sounded on the occasion of the opening of the World’s Congress of Religions, than which there could have been no better occasion for declaring the grandest liberty of all–liberty of thought. The bell is seven feet in height and weighs thirteen thousand pounds. 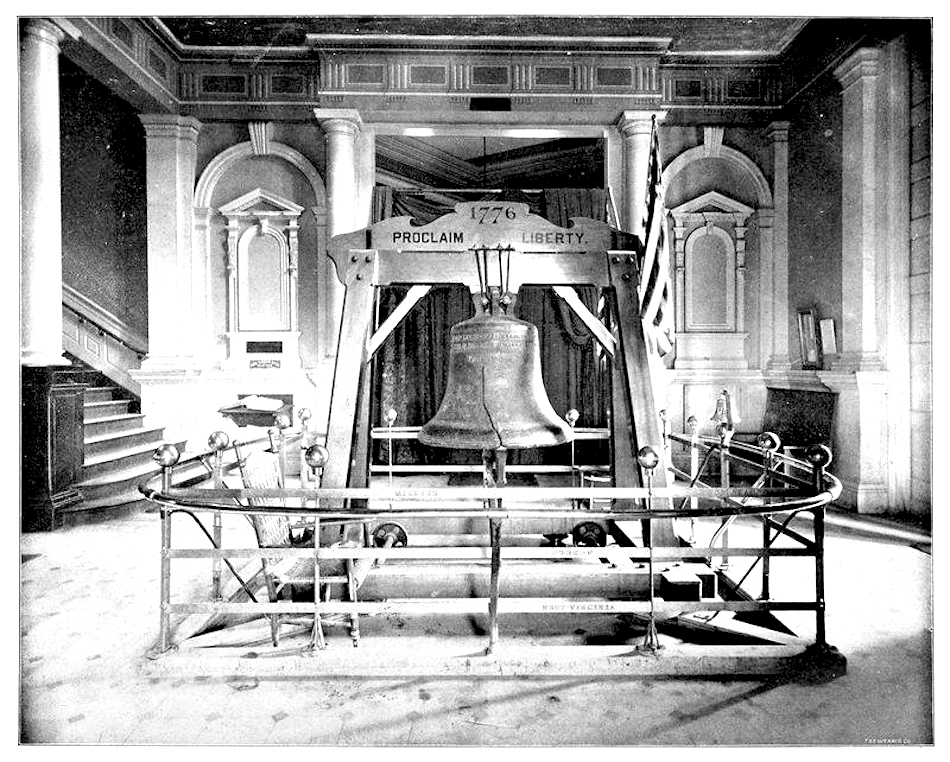