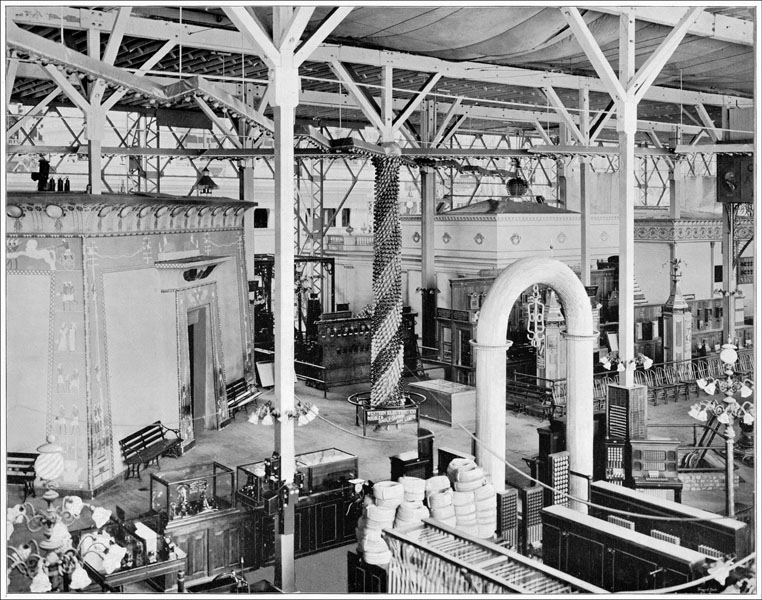 The next most prominent exhibit in the building is that of the Western Electric Company, of Chicago, immediately to the east of the main south entrance. This company has three pavilions, one an Egyptian temple paneled on the outside most uniquely with Egyptian figures and groups associated with electricity. For instance, there is a group of Egyptian maidens, of the time of Rameses the Second, operating a telephone board, and another group is of men of the same period laying telegraph lines. The conceit is very popular. The two other pavilions are an instrument room, serving also to exhibit show case and show window lighting, and as a model theatre, one of the most interesting of all the exhibits. A firm of scene painters, Sosman & Landis, prepared the interior most elaborately, and the most artistic lighting known is employed to make a moving picture of the (24) hours of the day, with all the soft tints of daylight and dusk, the long shadows of evening, and the mellow light of the moon, as well as the Mare of the mid-day sun. A tower covered with lamps, from the top of which are made to shoot in four directions long streaks resembling forked lightning, is an exhibit that holds the crowds longer than most other exhibits.

The line of exhibits by this company is fuller and more varied than that of any other company, and they cover almost the whole field of commercial electricity. History has not been neglected and the early work of one of the greatest electricians, Prof. Moses G. Farmer, is shown in model form. An incandescent lamp, used with others like it to light his house in 1847, was a platinum filament and a glass case closed at both ends with copper plates. The current was generated by a primary battery, as the dynamo had not been invented. A railway motor made about the same time is also shown. 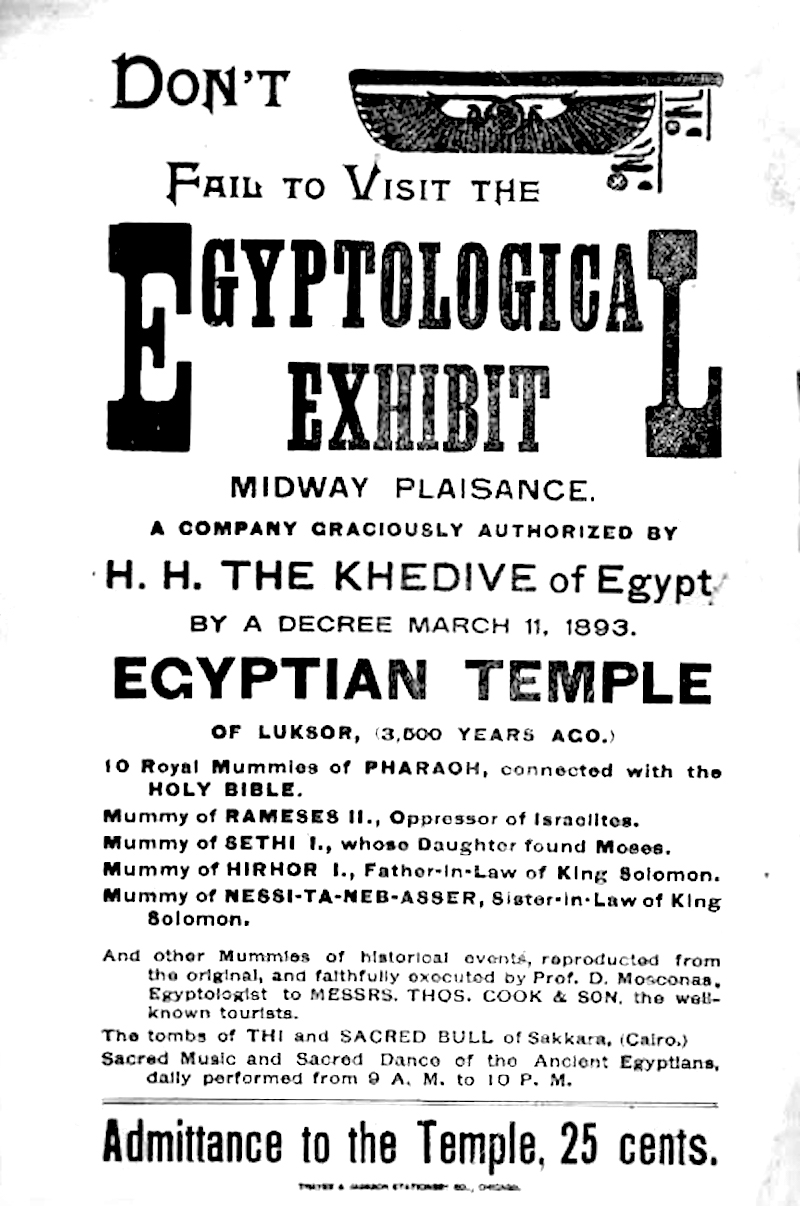