A strip of land 600 feet wide and seven-eighths of a mile long, between Fifty-ninth and Sixtieth streets, containing 80 acres, connecting Jackson and Washington Parks. In this section are located many of the amusement attractions outside the main exhibition buildings, all of them being private concessions 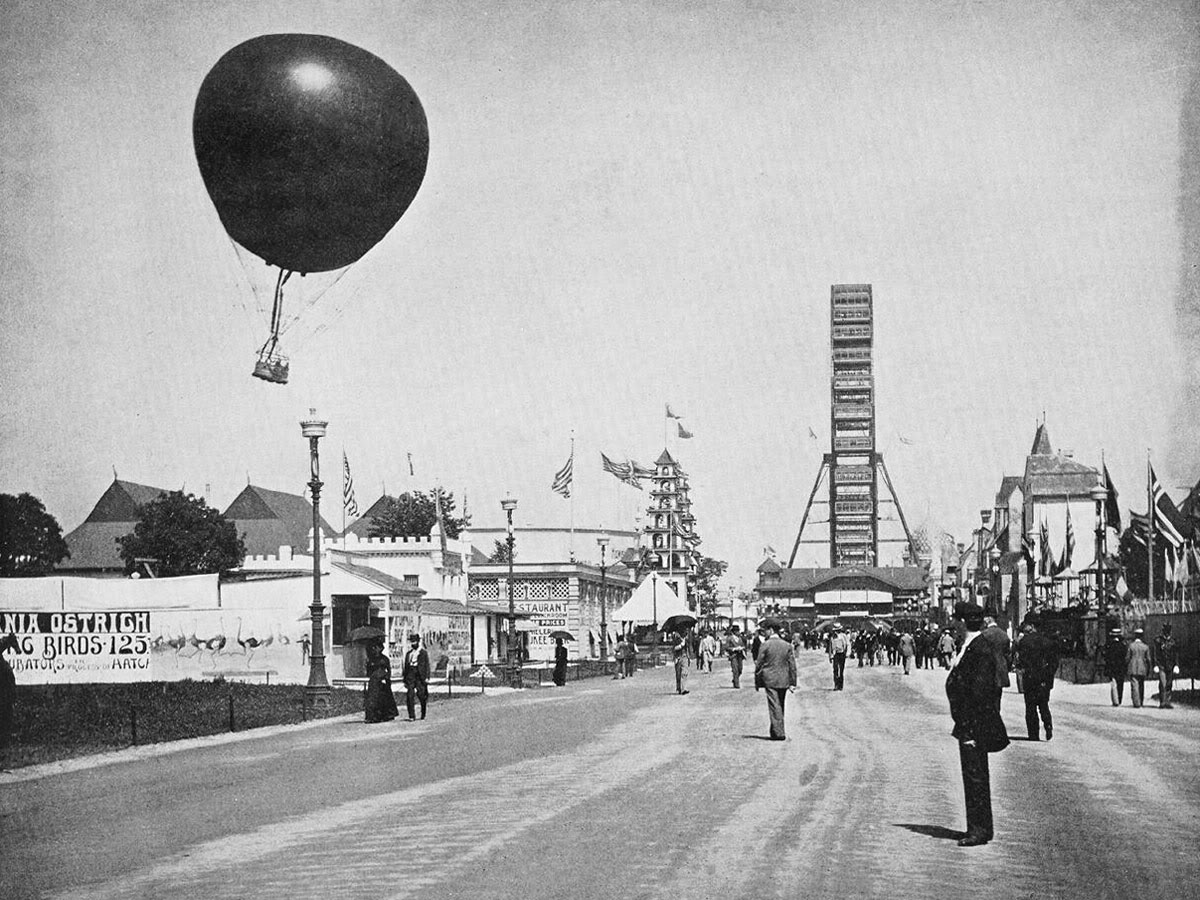 This scene shows the Plaisance before the Captive Balloon was torn by the gale and collapsed in the financial panic. This Midway entrance was one mile west of Jackson Park. After the collapse of the Captive Balloon the Exposition itself gave public acrobatic exhibitions at this end, where tens of thousands might freely behold acts on the trapeze and cross-bars.

The mile long Midway Plaisance, ran from the eastern edge of Washington Park on Cottage Grove Avenue, to the western edge of Jackson Park on Stony Island Avenue. 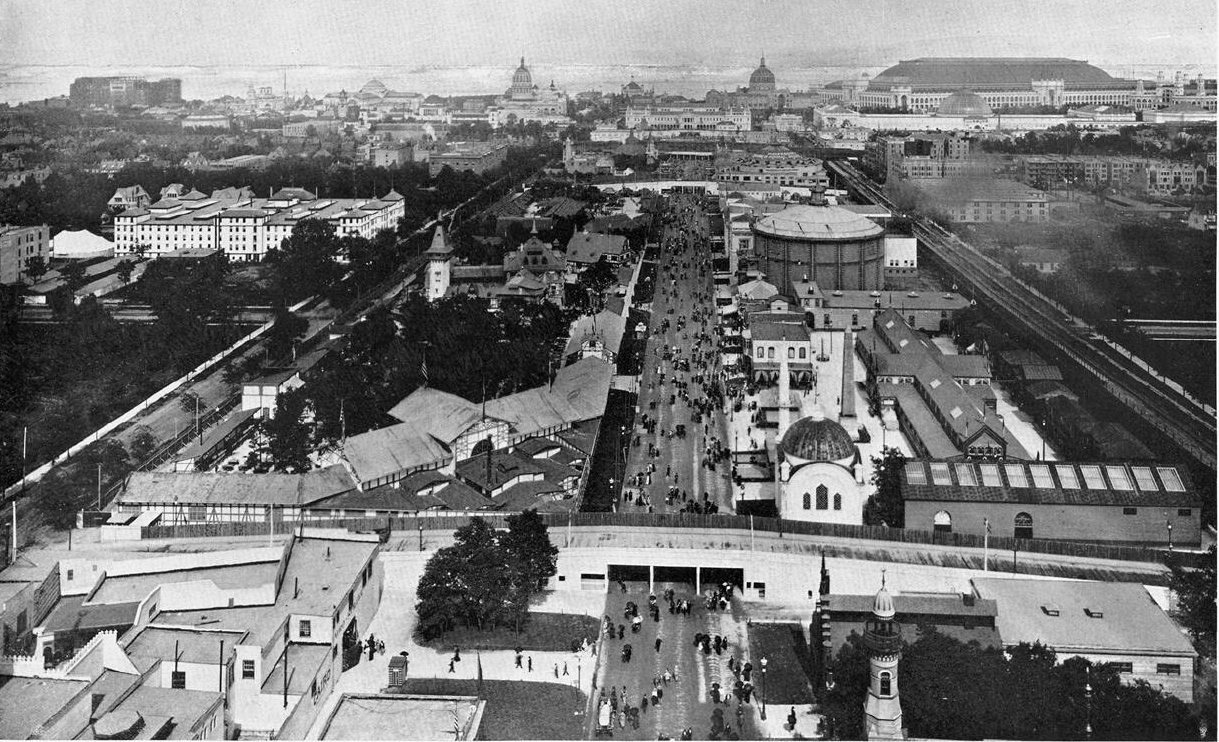 Midway Plaisance as seen from the Ferris Wheel

A VIEW IN MIDWAY PLAISANCE.—A city in itself was the Midway, picturesque certainly, and educational as well, however meretricious some of its droll features. It was the playground of the multitude and they learned much while they ate, drank, stared and were merry. The view above presented is from a point about the center of the west half of the Plaisance and a little west of the Ferris Wheel. On the right appear the fronts of Old Vienna and on the left the entrance to the Chinese Village and Theatre, the difference in styles of architecture affording a striking contrast. Still further on the left rises the front of the panorama of the volcano of Kilaueau, and in the remote distance may be dimly perceived the domes of the great buildings of the Exposition proper. The particular locality represented in this illustration was one exceedingly popular with visitors, and the number of people appearing in the broad thoroughfare at the time the photograph was taken is by no means up to the standard of crowded days at the Fair. The three or four attractions here grouped together always commanded their laughing great constituency. From Pekin to Vienna is a far cry, and from thence into space on the wings of an American inventor is another remarkable bit of travel, but hundreds of thousands of people made the journey within the limit of an hour or so. The view, it need not be said to the observer, is an admirable one, the familiar fronts being reproduced with a fidelity which speaks for itself. 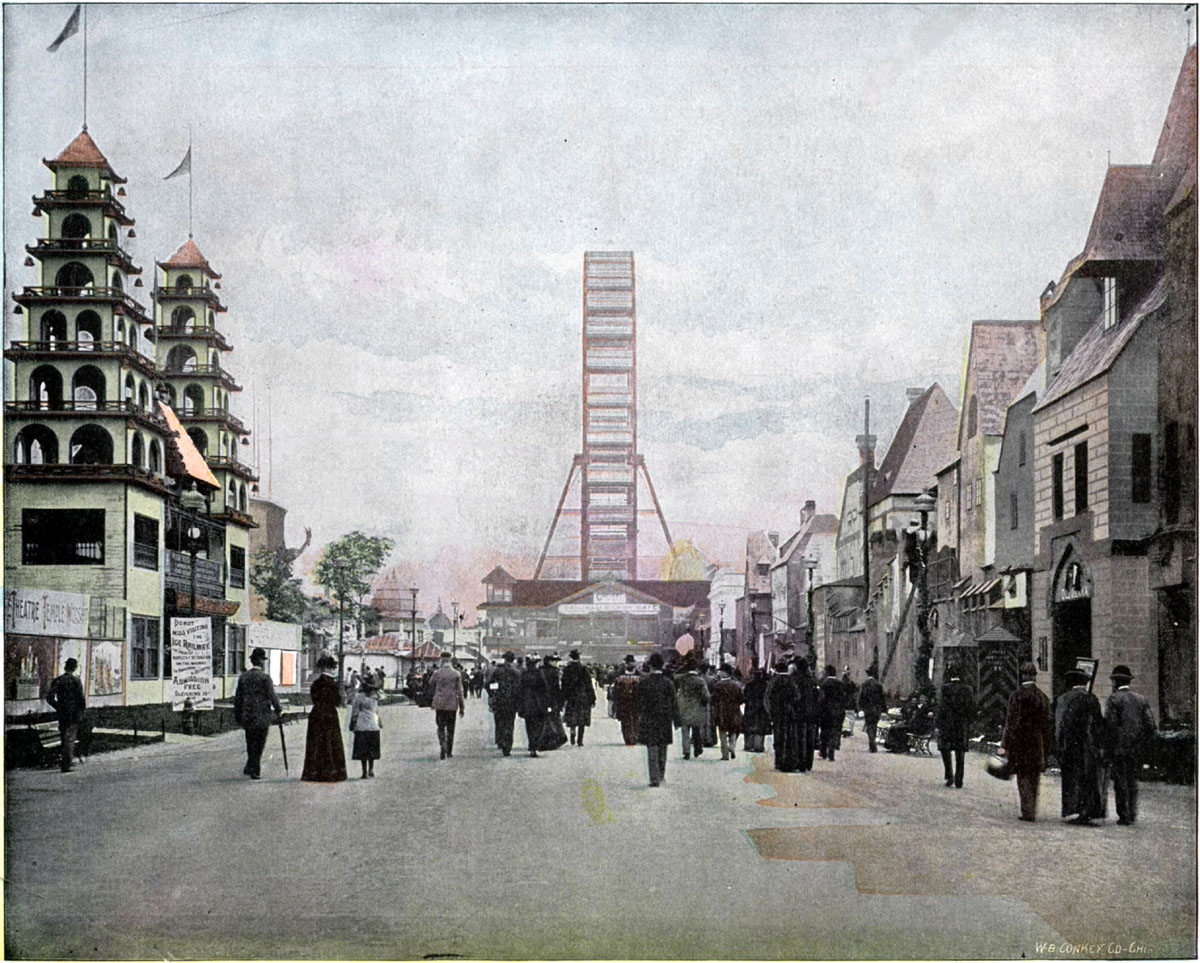 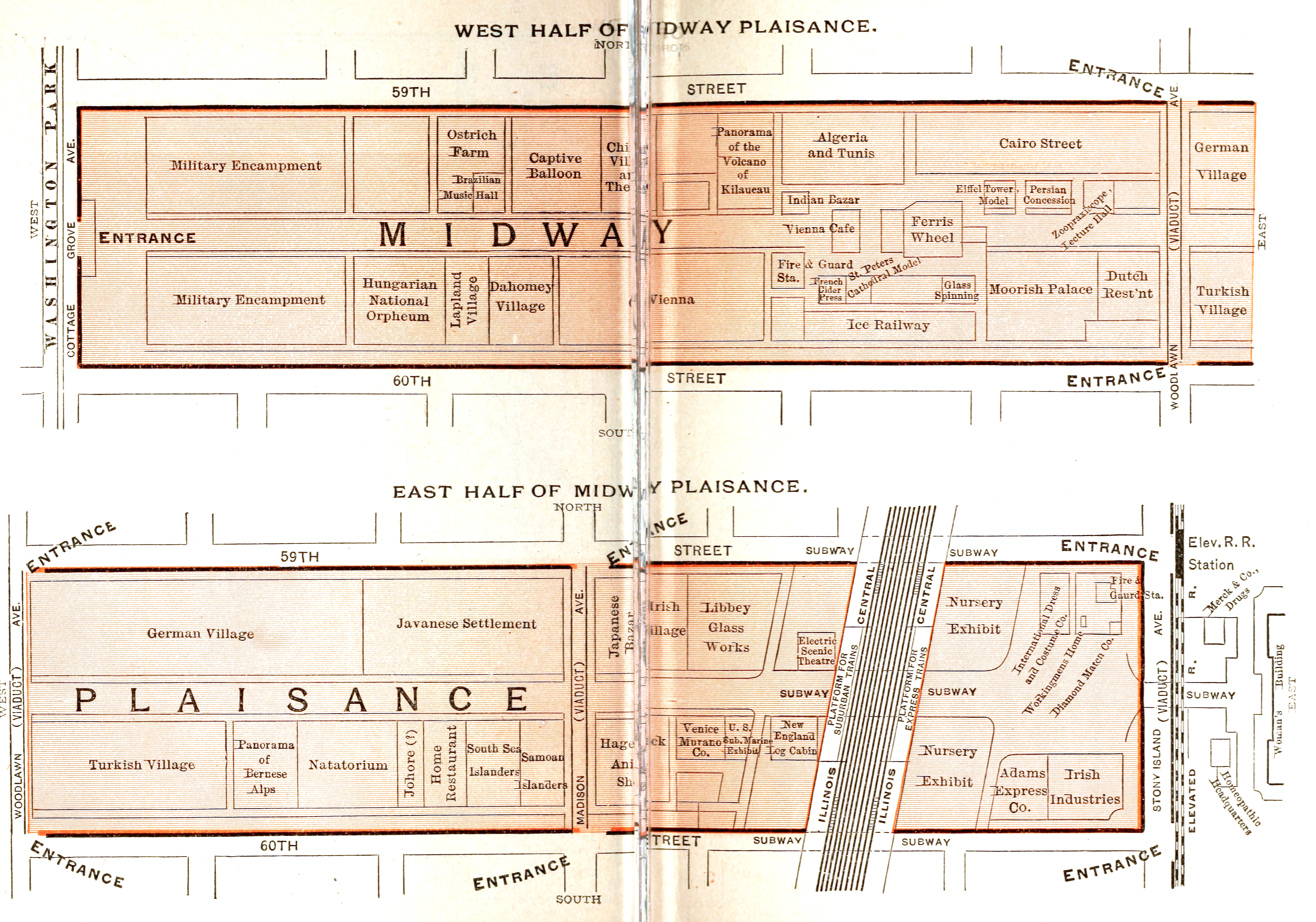