Having been delightfully located, the Government Building is set off to great advantage, being placed near the lake shore, south of the main lagoon and of the area reserved for foreign Nations and States, and east of the Woman’s Building. The buildings of England, Germany, and Mexico are near by to the northward. The Government Building was designed by Architect Windrim, now succeeded by W. J. Edbrooke. It is classic in style, and bears a strong resemblance to the National Museum and other government buildings at Washington. It covers an area of 350 by 420 feet, is constructed of iron, brick, and glass, and cost $400,000. Its leading architectural feature is a central octagonal dome 120 feet in diameter and 150 feet high, the floor of which will be kept free from exhibits. The building fronts to the west, and connects on the north by a bridge over the lagoon, with the building of the Fisheries exhibit. The south half is devoted to the Post Office Department, Treasury Department, War Department, and Department of Agriculture exhibits; the north half to the exhibits of the Fisheries Commission, Smithsonian Institute, and Interior Department. The allotment for the several department exhibits is: War Department, 23,000 square feet; Treasury, 10,500 square feet; Agriculture, 23,250 square feet; Interioi, 24,000 square feet; Post Office, 9,000 square feet; Fishery, 20,000 square feet. 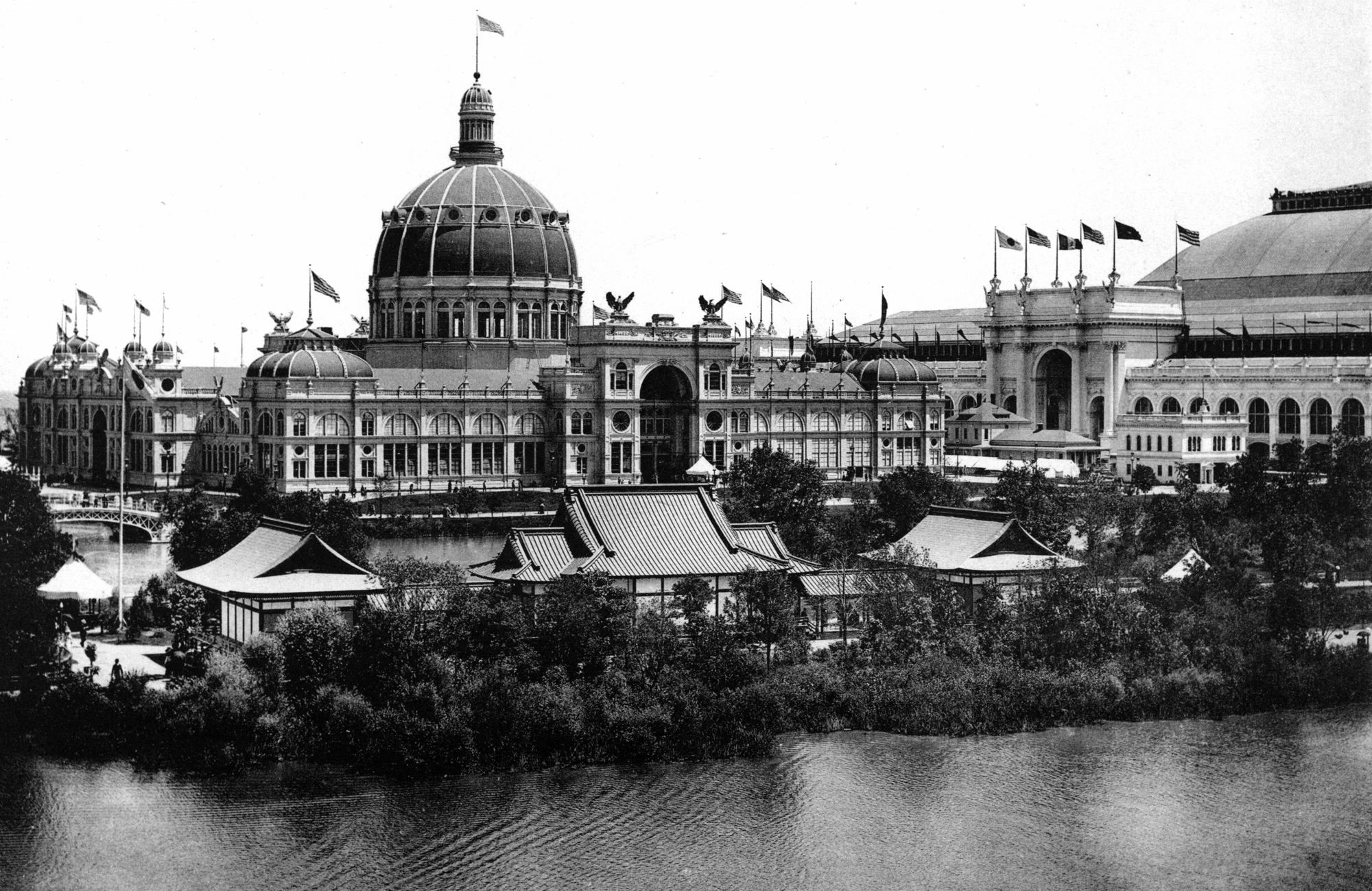 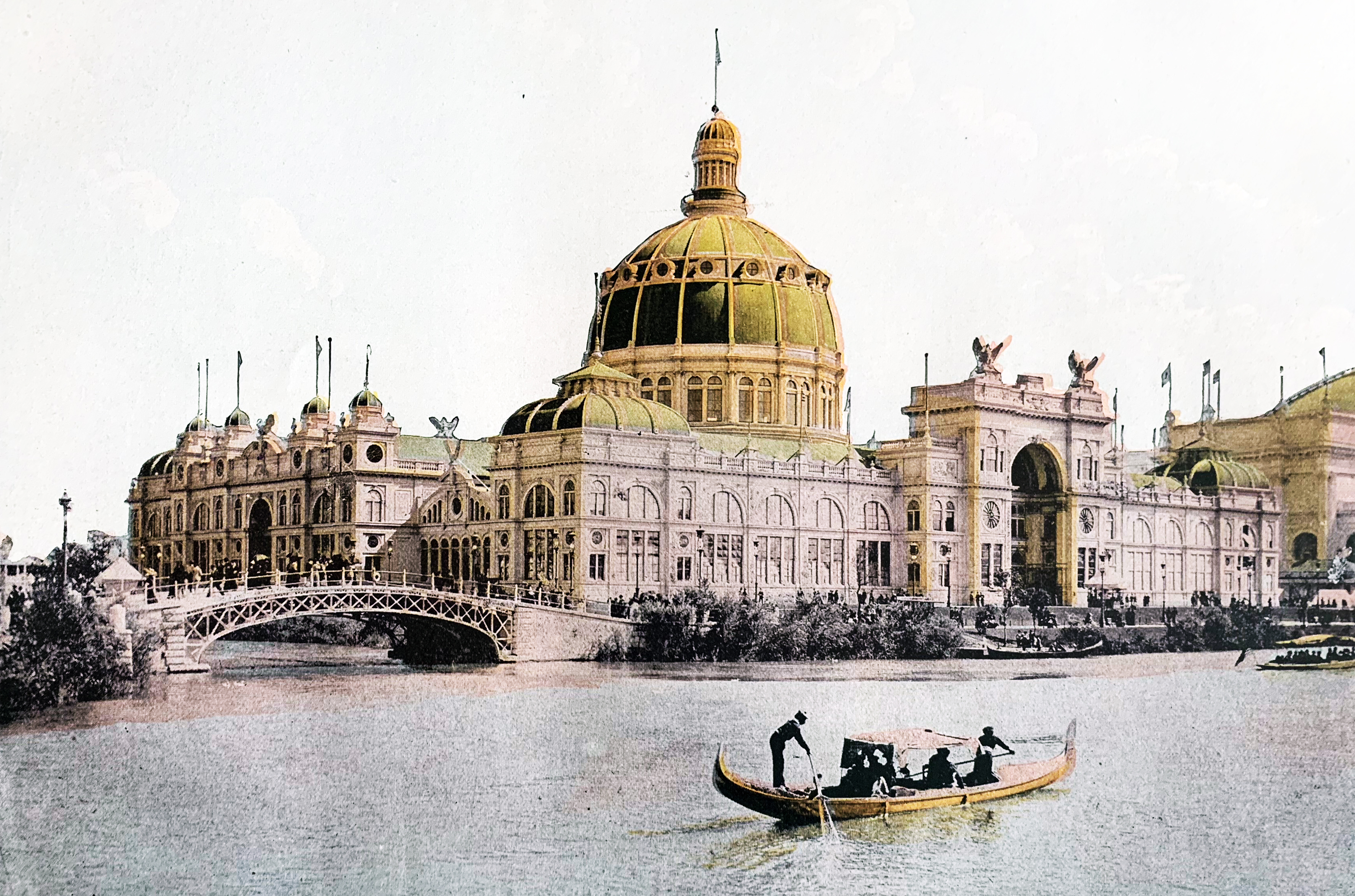 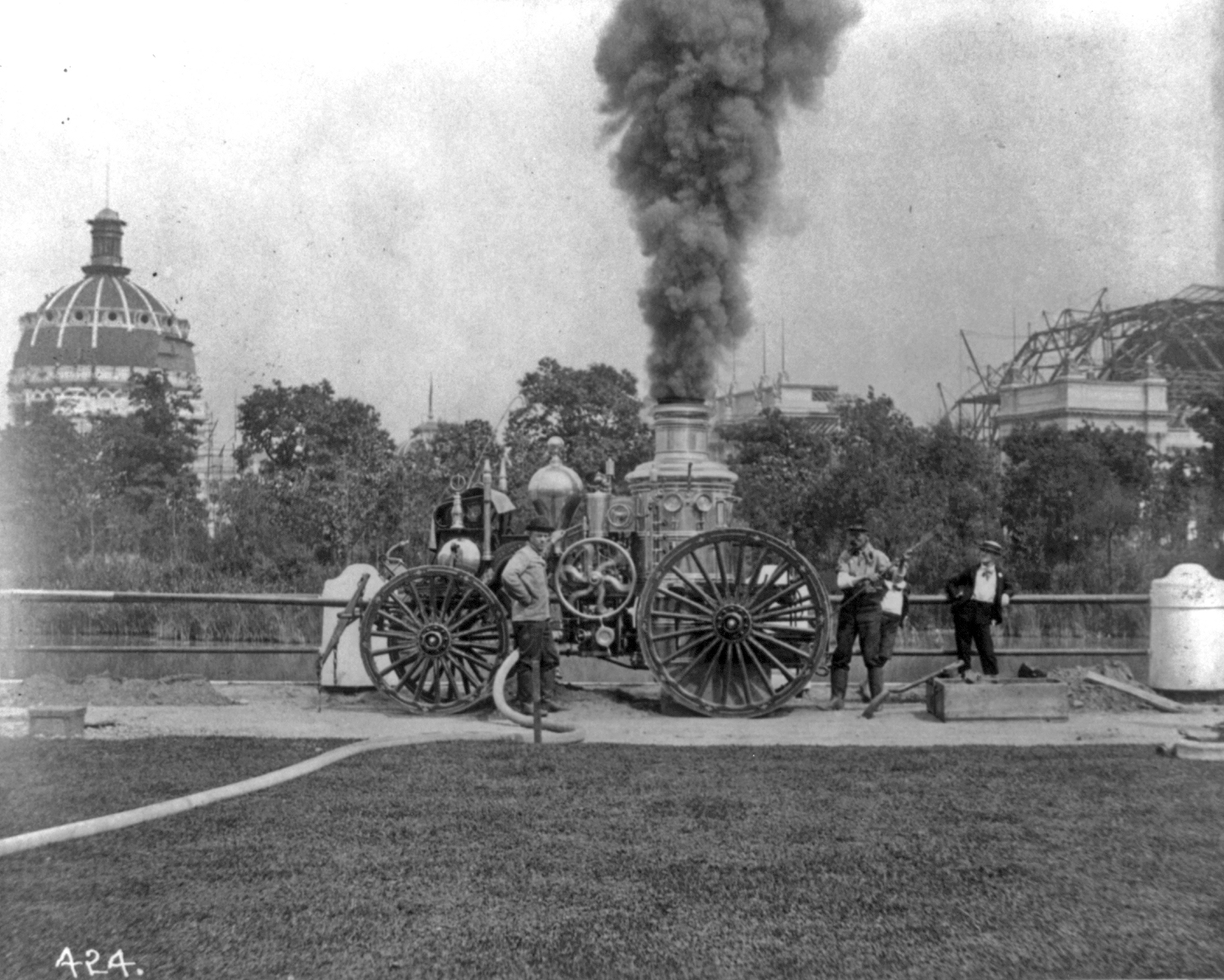 Fire engine at World’s Columbian Exposition grounds while buildings were under construction. The Government Building dome is in the background.
Photographer: C. D. Arnold, 1891 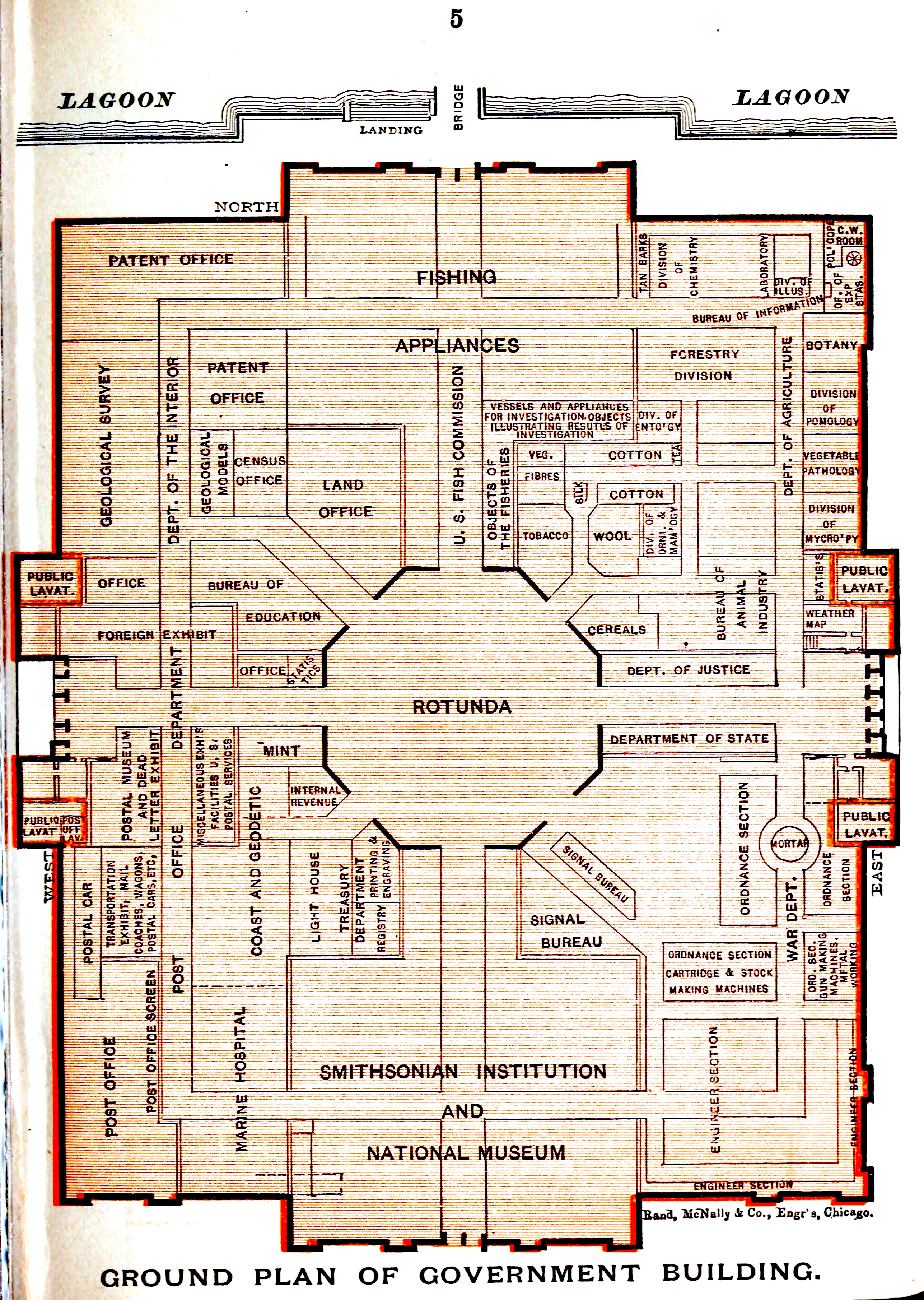