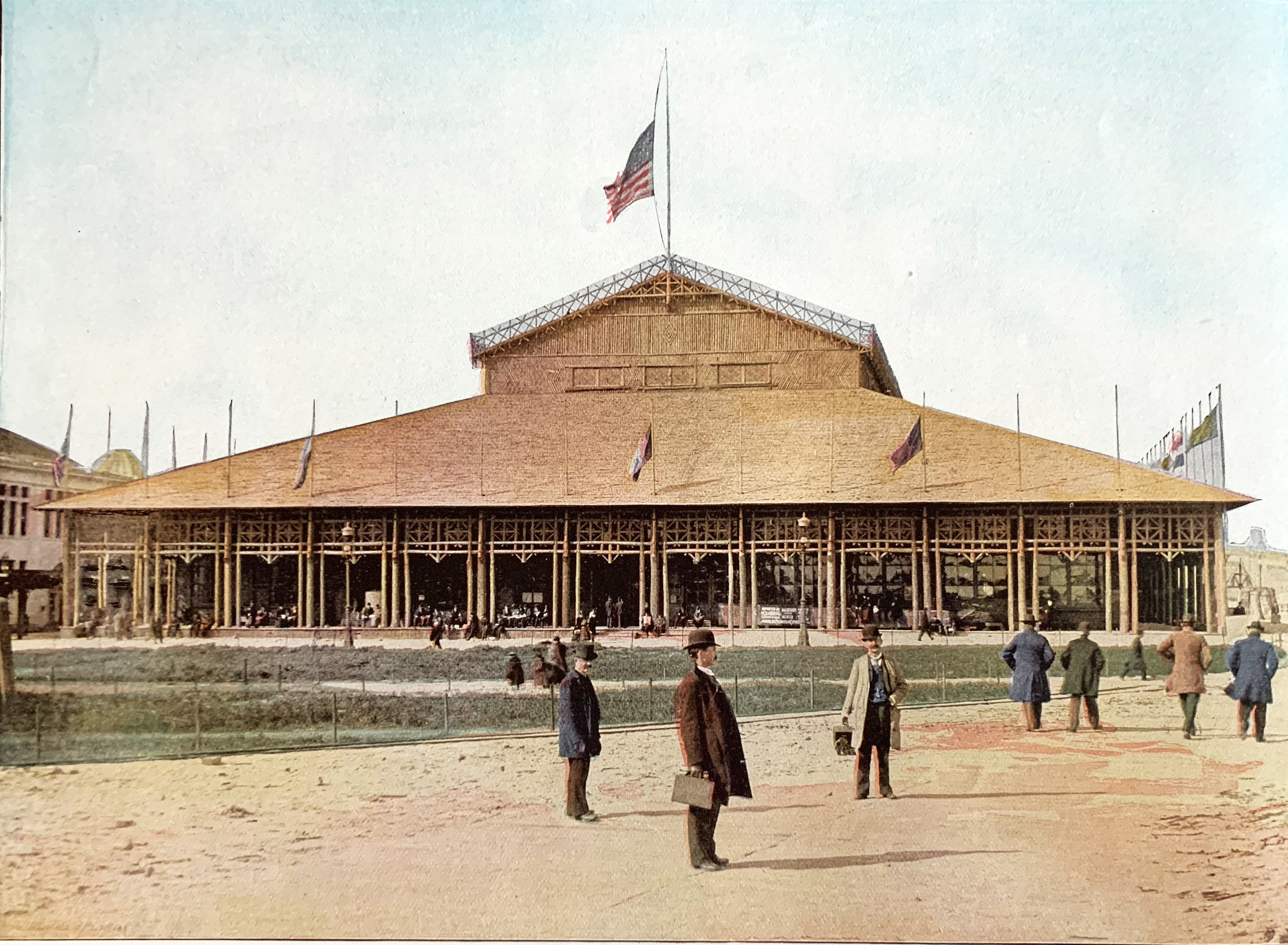 The Forestry building is the most unique of all the Exposition structures. Its dimensions are 200 by 500 feet. To a remarkable degree its architecture is of the rustic order. On all four sides of the building is a veranda, supporting the roof of which is a colonnade consisting of a series of columns composed of three tree-trunks, each 25 feet in length, one of them from 16 to 20 inches in diameter and the others smaller. All of these trunks are left in their natural state with undisturbed.

They are contributed by the different States and Territories of the Union and by foreign countries, each furnishing specimens of its most characteristic trees. The sides of the building are constructed of slabs with the bark removed. The window frames are treated in tlic same rustic manner as the rest of the building. The main entrances are ehdi’mitcly tinislii-il in different kinds of wood, the material and workmanship being cdutrilmtvil by several prominent lumber associations. The roof is thatched with tan and other barks. The visitor can make no mistake as to the kinds of tree-trunks which form the colonnade, for upon each is a tablet upon which is inscribed the common and scientific name, the State or country from which the trunk was contributed, and other pertinent information, such as the approximate (juantity of such timber in the region whence it came. Surmounting the cornice of the veranda and extending all around the building are numerous flagstaffs bearing the colors, coats of arms, etc. , of the Nations and States represented in the exhibits inside. 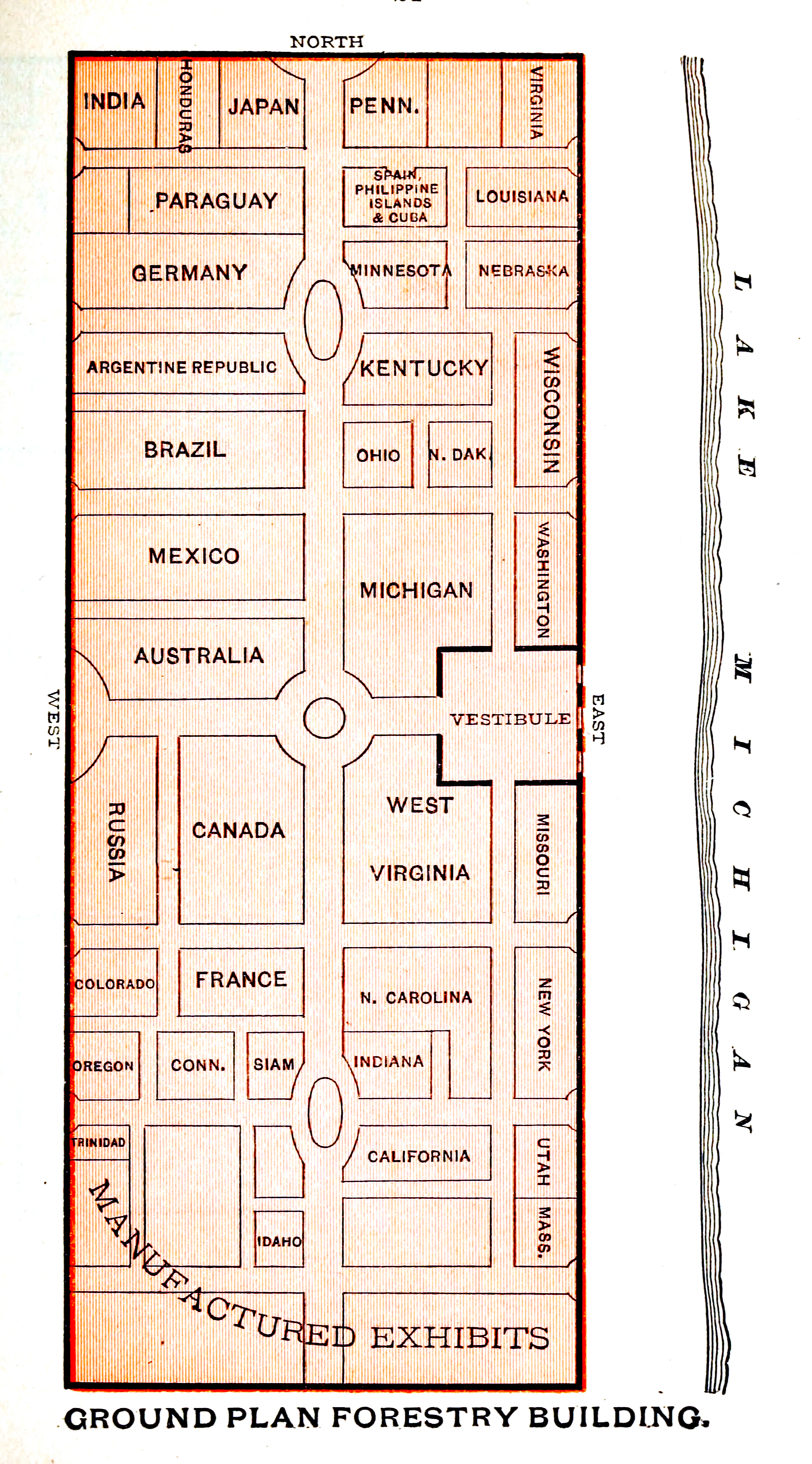