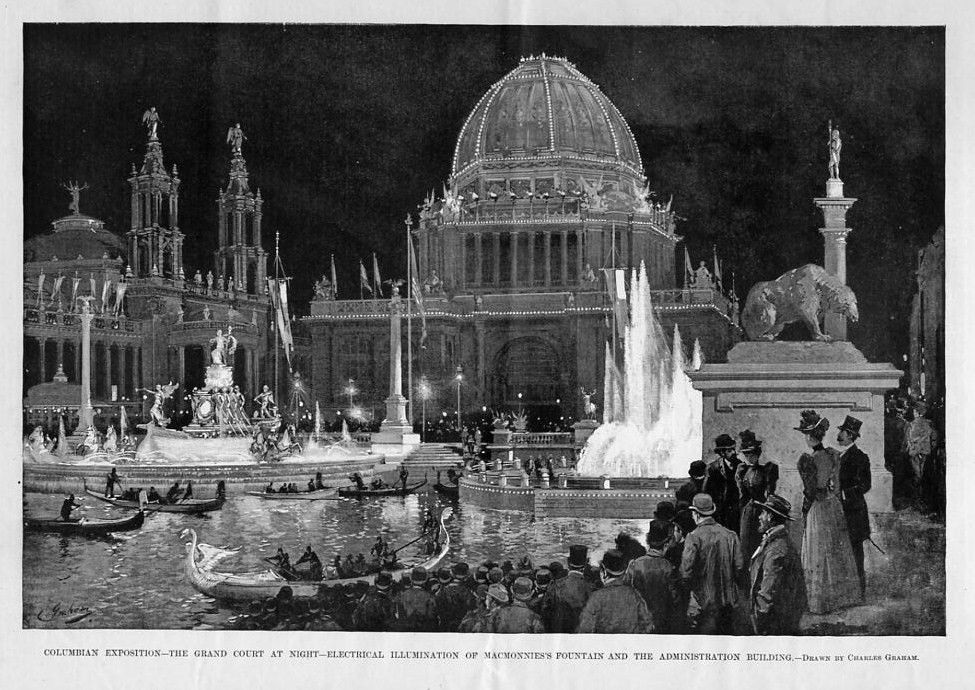 Frederick MacMonnies was entrusted with the design and construction of the central fountain at the Fair, and $50,000 were placed at his disposal for the purpose. Of this amount, it is said that the ardent lover of sculpture actually expended fully $48,000 in bringing his great conception to successful completion. The fountain shows Columbia sitting aloft of the Barge of State, heralded by Fame at the prow, oared by the Arts and Industries, guided by Time at the helm, and drawn by the sea-horses of Commerce. The prow of the barge is ornamented with an eagle’s beak; its sides are bordered with dolphins in relief; and horns of plenty pour their abundance over the gunwales. The pedestal on which Columbia sits, bears a national shield in front, and the throne is supported by four kneeling children, who also bear heavy garlands. A torch at rest is in Columbia’s hand. The rowers on the right are Music, Architecture, Sculpture and Painting; on the left, Agriculture, Science, Industry and Commerce. Time has improvised a helm by using his scythe. This barge stands in the center of a circular basin, one hundred and fifty feet in diameter, which at its eastern periphery flows in circular cascade in many falls to the surface of the Grand Basin of the Exposition, twelve feet below. In the basin of the fountain, four pair of sea-horses, mounted by riders who represent modern intelligence, draw the barge. Near the semi-circular balustrade which guards the rear of the fountain, dolphins send streams upward, and mermaids and tritons at various places add to the fleecy display of high-thrown water. The general effect of the MacMonnies fountain was marvelously beautiful, and thousands of visitors gained their chief enjoyment in sitting near by and enjoying the principal scene. It was said to be the largest fountain in the world. 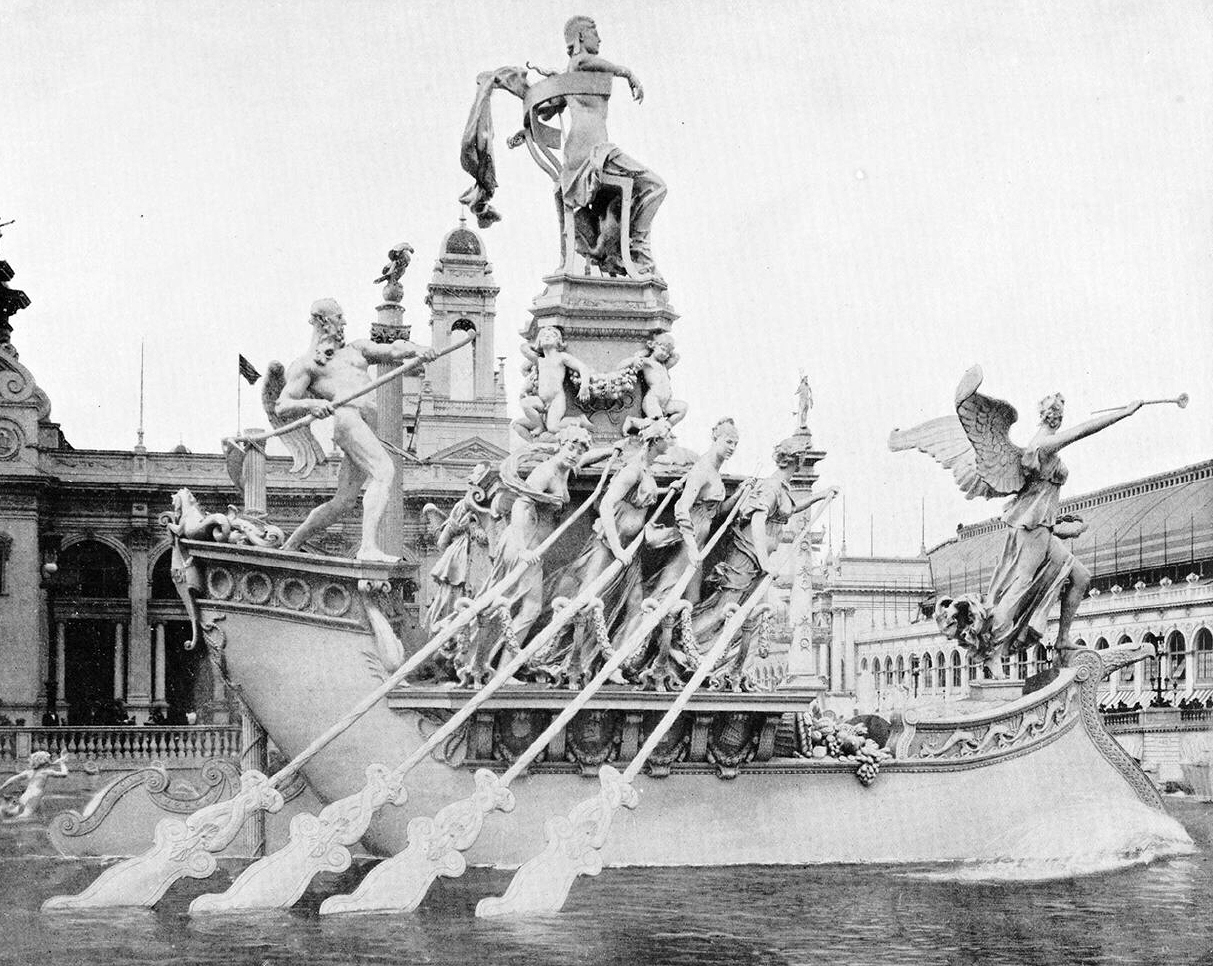