In the Transportation department power was furnished by electricity or compressed air for the operation of machinery; but the use of steam was avoided as far as possible; nor were any lines of shafting erected within the building. As a precaution against accident, all exhibits of machinery in motion were enclosed by a railing.

Included in the railway division of this department is the terminal station, with its 30 lines of track, erected at a cost of some $400,000, with ladies’ parlor elegantly furnished, a bureau of information, and several well appointed restaurants. A special feature is a series of 24 clocks placed upon the walls of its rotunda, whereby the visitor may ascertain the hour of day at as many of the great cities of the world. The clocks are regulated by United States observatory time.

The intramural or elevated electric road, operated within the Exposition grounds, is also included in this department. In its power plant are the great dynamo and engine. Its system is about six miles in length and the circuit is made in less than half an hour, affording an excellent view of the external features of the Exposition. The intramural road, it may here be stated, cost $1,000,000, and though carrying nearly 6,000,000 passengers during the term of the Fair, resulted in a heavy loss.

Along the south side of the Midway plaisance is another elevated road, which is also considered as a portion of the Transportation department. Its cigar-shaped cars travel at a high rate of speed, being provided with runners or shoes, and propelled by turbine motors. Not only is water the motive power, with a pressure of about 150 pounds to the square inch, but the cars slide upon a film of water which issues from a small pipe behind each shoe. The rail covered by the water film is about eight inches wide, and beneath the track is the main pipe from which the power is derived. This invention first had practical demonstration at the Paris Exposition of 1889, the European patents [being controlled by Prince Andre Poniatowski, who claims that his system will work a revolution in the domain of transportation. 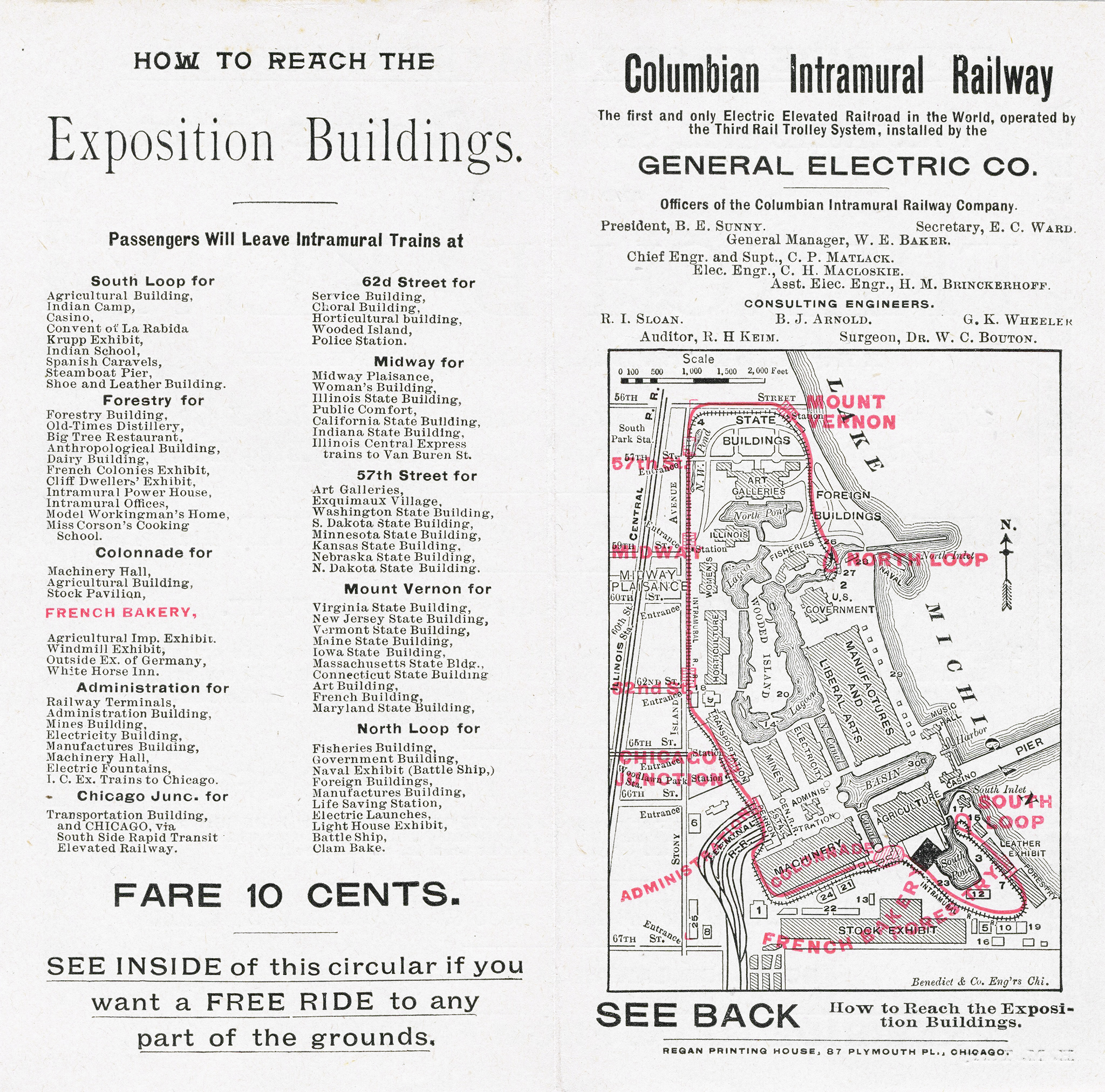 How to Reach the Exposition Buildings 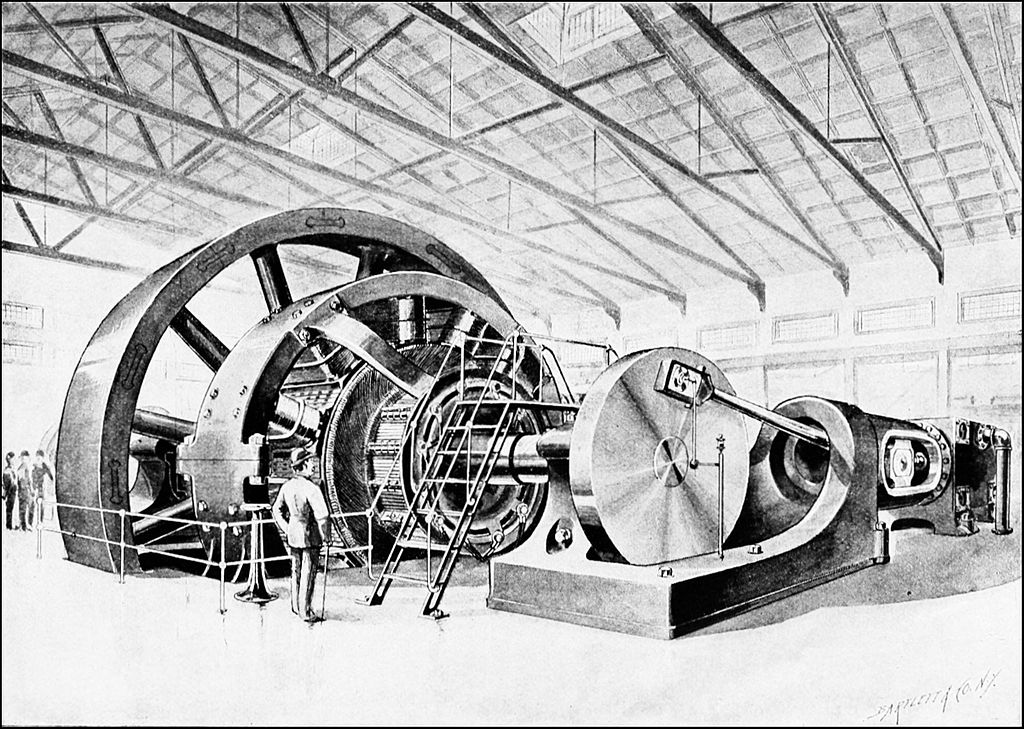 The following article is an excerpt from Popular Science Monthly, October, 1893:

If any demonstration were needed of the capacity of the electric motor to take the place of steam on such roads as the elevated in New York and Chicago, or of the enormous superiority of electric traction in the matter of cleanliness, comfort, and freedom from noise, the intramural would furnish it to the satis- faction of any impartial observer. This road is a double-track elevated structure something over three miles in length, which forms the highway of communication between the different buildings. It is purposely laid out with many an unnecessary curve, to accentuate the conditions of actual travel, and demonstrate the ability of electric traction to do its work satisfactorily under extreme conditions. The trains are made up of a motor car and three trailers, all four cars being arranged to seat passengers, the space occupied by the motorman at the extreme front end of the motor car being no greater than that of the ordinary trolley car. The cars are open, with the seats extending clear across the car body, each pair facing upon the entrance aisles. These aisles are closed by sliding gates, which are connected so that all those on one side of the car may be opened or closed at the same time by the movement of a lever at the end of the car. This construction might be very readily adapted to a closed car, and would seem to be admirably suited to cars having the phenomenally heavy traffic of those on the elevated roads of New York. A very noticeable feature of the cars is the perfection of the lighting. Too often, when electricity has been called upon for the lighting of public conveyances, there has been but little improvement over former results, due both to the bad habit of placing the lights in the aisle spaces and stinting in the candle power. In the intramural cars particular attention has been paid to securing abundant light, the lamps being up to candle power and placed in the most effective position along the sides near the car roof.

The electrical equipment of the motor car consists of four motors having a combined capacity of over five hundred horse power. These are geared to the axles by a single reduction gear, and take their current from side rails through the medium of sliding shoes. The side rail was adopted in preference to a central one on account of the greater simplicity of the switching arrangements, the facility in getting at the contact shoes, and the very imited space between the motor and road bed in whicli to make a satisfactory rail contact. The return path for the current is through the traffic rails and iron girders of the elevated structure, the rails being un-banded at the joints and joined by bands of the same material to the girders. Feeder rails extend from the power house for three fifths of the length of the line and are cross connected to the supply rails at every rail joint. The train equipment of the road consists of eighteen trains, weighing when loaded about ninety-six tons each, the motor car accounting for thirty tons of this weight and the other cars for twenty-two tons each. 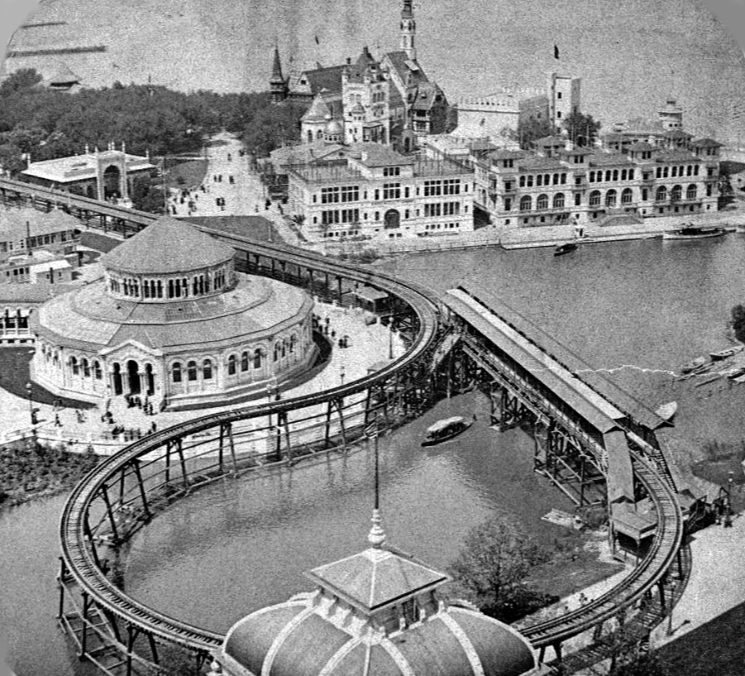 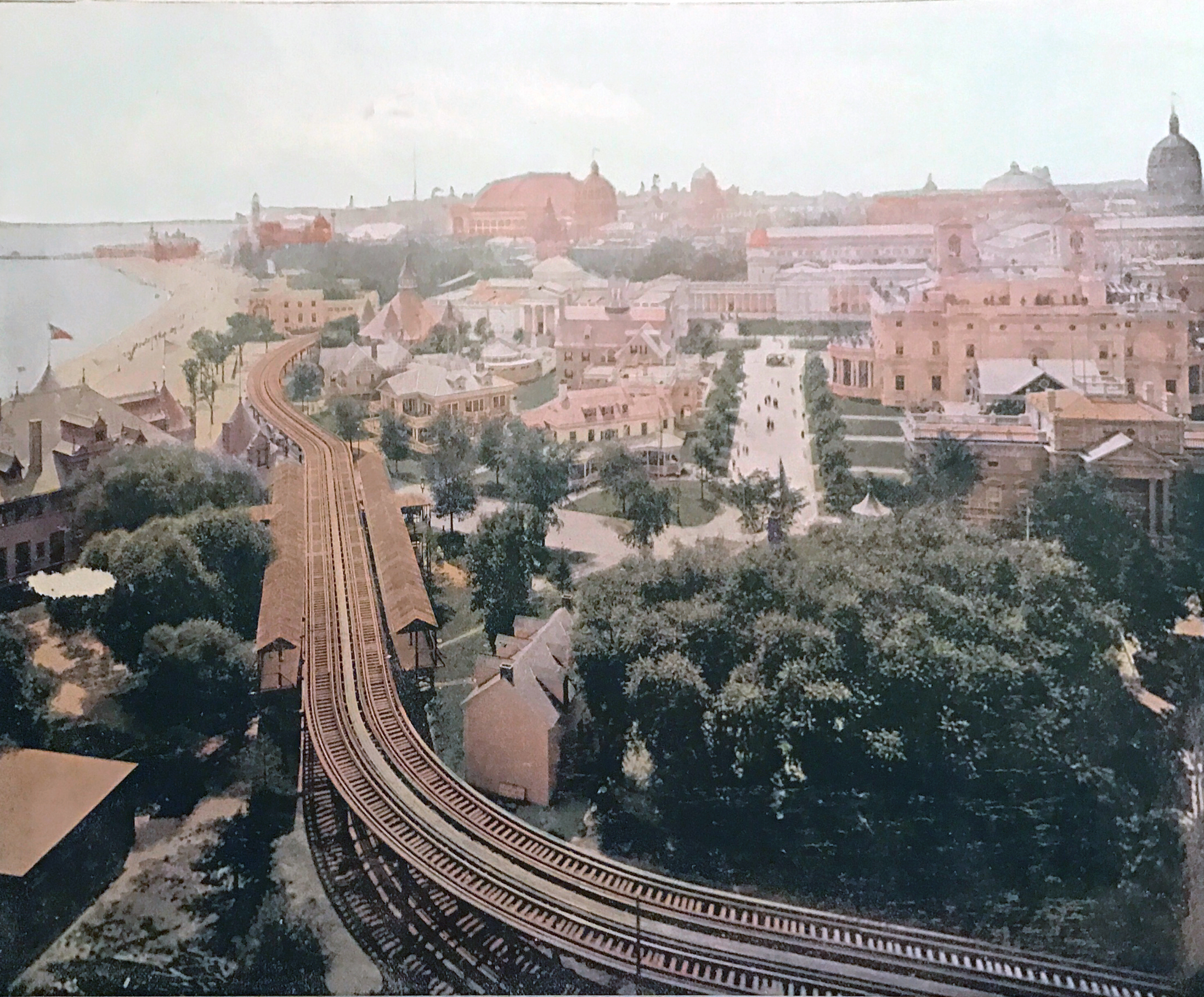