The Rand McNally Building (1889-1911), in Chicago, was designed by Burnham and Root. It was located at 160-174 Adams Street (208 S. LaSalle, today) and was the building where the World’s Fair headquarters were located.

CHICAGO DESIGNERS.
It was no simple affair to draw, edraw, design, and put into blue prints and first lines the various maps and architects’ plans of the Columbian Exposition. From half a dozen large cities in the country were sent the first plans of the structures to the office of the chief architect in Chicago. A full set of facades and elevations, interior divisions, ground plans, and what not was supplied by the designer. Having made one set, the designers of the originals considered their work comfortably at end. But where their work ended, that of the architecture-in-chief began. A large force of draughtsmen were put to work under a director, and hundreds of copies were made. Now that the buildings are almost finished—finished, that is, so far as the plans are concerned—the draughtsmen of the architect’s office have little to do.

This is not true, however, of the department engineering, which may be said to have only begun its labors in earnest. In a low two-story frame house erected within the enclosed grounds at Jackson Park, are two rooms given over to the working force of the engineer. Generally, they resemble the draughting room of a prosperous architect, the main difference between that and them being in size—for there is much to be done—the tables are extensive and force large. 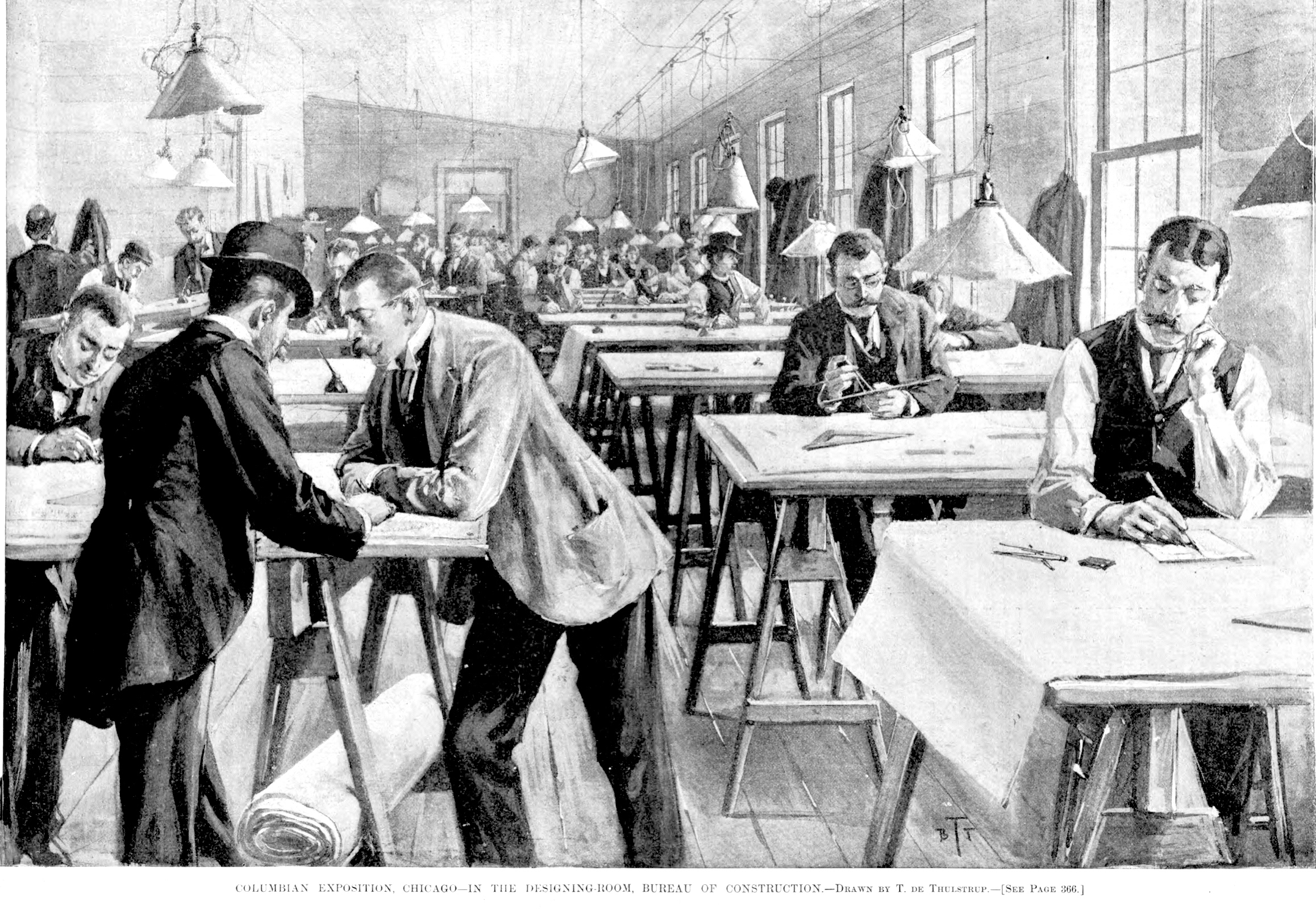 Director-General Davis will today or tomorrow move his entire force from the Rqnd McNally Building to Jackson Park. Quarters in the Administration Building are nearly completed, and if practicable the exodus will begin today. Col. Davis is especially anxious to take with him at once Chief Fearn of the Foreign Affairs Department and Maj. Handy and his staff. Next will follow Chief Allison of the Manufactures Department, Chief Peabody of the Liberal Arts Department, Secretary Hornsby with the Department of Electricity, Chief Halsey Ives and the Fine Arts Department, and Secretary Hirst of the Installation Office. Commissioner-at-Large Thomas B. Bryan may remain for several weeks at the Chicago headquarters to receive the several people who will call on the Director-General and to facilitate their business. All the executive heads, with the exception of President Higinbotham is there almost daily now.