From Picturesque World’s Fair, An Elaborate Collection of Colored Views
PUBLISHED WITH THE ENDORSEMENT AND APPROVAL OF George R. Davis

THE MOVABLE SIDEWALK—The beauties of Lake Michigan and the charm of Chicago’s almost continuous northeastern breeze, which with its invigorating qualities, has probably done as much to make Chicago what it is as any other accidental natural advantage, were made evident during the World’s Fair to as great host of people. There were days when it was uncomfortable upon the broad thoroughfares of the Exposition grounds. There were days when the masses gathered there longed for a breath of fresh air with no dust in it and a shade above them. Their longing was gratified. They knew the way and followed it. They passed in throngs through the broad arch of the Peristyle and went out upon a great dock opening upon the lake, and there was a great tongue of a pier reaching far out into the blue waters. Along this tongue on one side and coming back on the other ran a commonplace railroad track with cars above it—though the cars were but a continuous string of ordinary seats and an extended shed above them—and they found that they could sit down and ride away out into the lake and back again and get rested, cooled and refreshed by the easy seat and the stiff breeze from the northeast. This was a daily experience. This was one of the incidental and almost accidental features of the Fair, yet mightily potent in its effect upon the comforts of the masses. The Movable Sidewalk was but a speculation, an accident, but with its track reaching out over the surface of the great lake it acquired an importance and popularity, and a proper niche in the World’s Fair history. 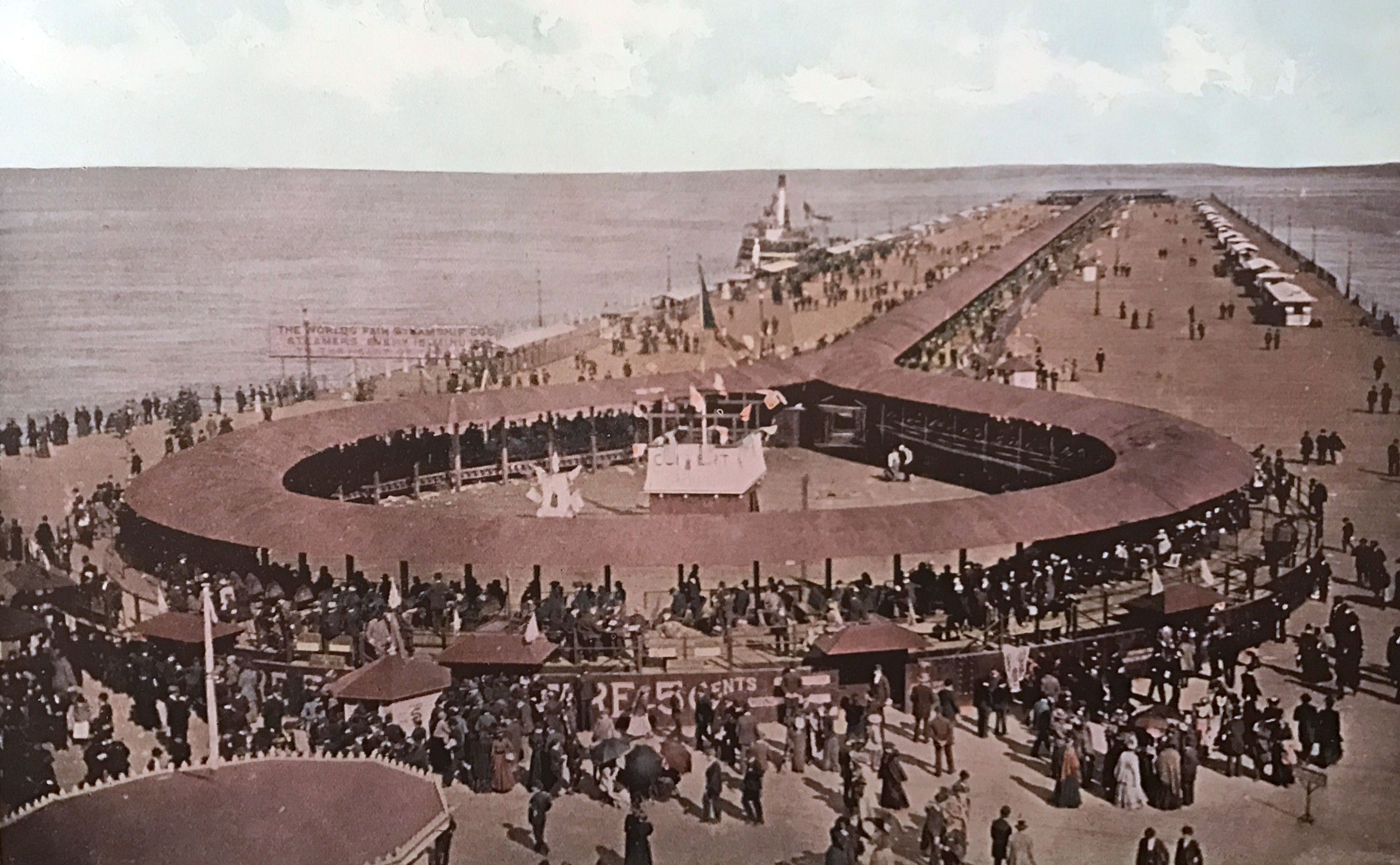 Though a very forward-thinking French engineer by the name of Eugene Henard submitted plans to include a moving platform system for the 1889 Paris Fair, those plans fell through and the first electric moving sidewalk was built for the 1893 Columbian Exposition in Chicago. The moving sidewalk featured benches for passengers and cost a nickel, but was undependable and prone to breaking down. As the Western Electrician noted in the lead up to the Exposition, there was a contract for 4,500 feet of movable sidewalk designed primarily to carry those passengers arriving by steamboats.

The Moving Sidewalk, located on the long pier east of the Peristyle, was constructed for the purpose of lessening the fatigue of visitors walking 2,500 feet from the steamships, along the pier, into the fairgrounds. Owing to numerous delays in the construction, the sidewalk was not put into operation until July, from which time until the close of the Exposition it carried 997,785 people. It was capable of carrying 6,000 people at a time, and moved at the rate of six miles an hour. Unfortunately, breakdowns were common for the movable sidewalk 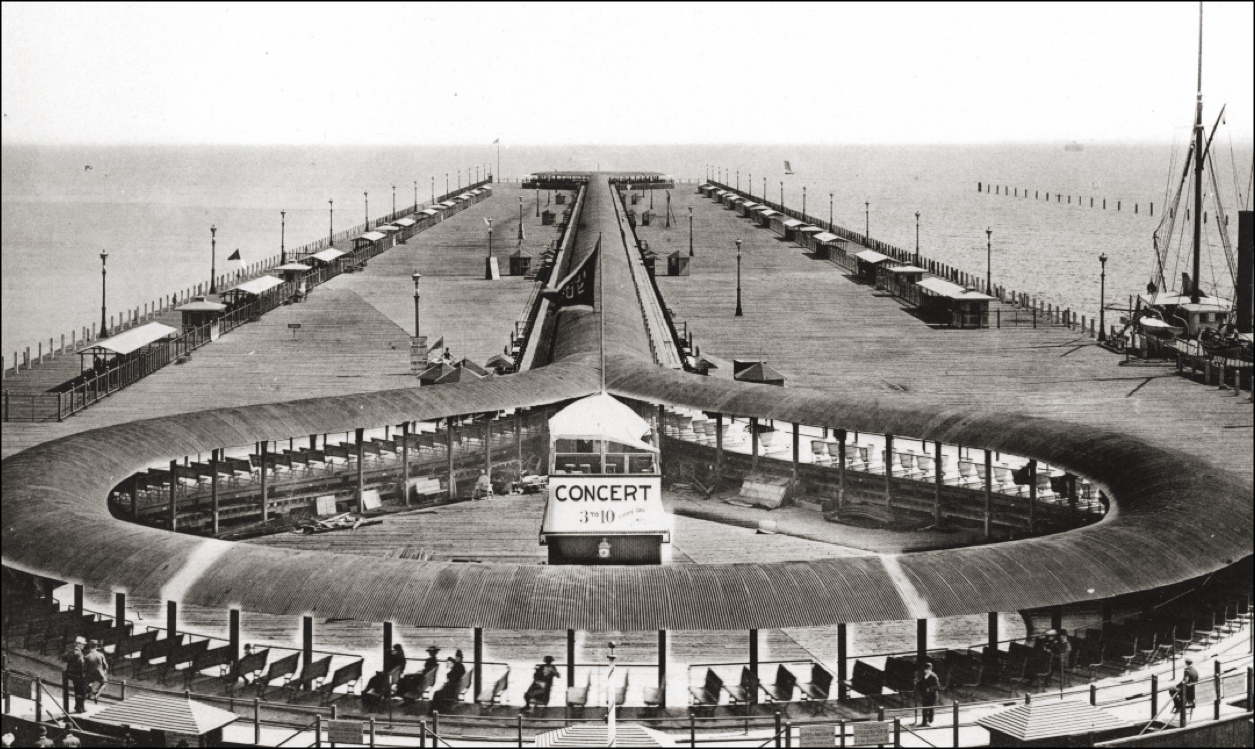 The first moving walkway debuted at the World’s Columbian Exposition of 1893, in Chicago, Illinois. It had two different divisions: one where passengers were seated, and one where riders could stand or walk. It ran in a loop down the length of a lakefront pier to a casino. 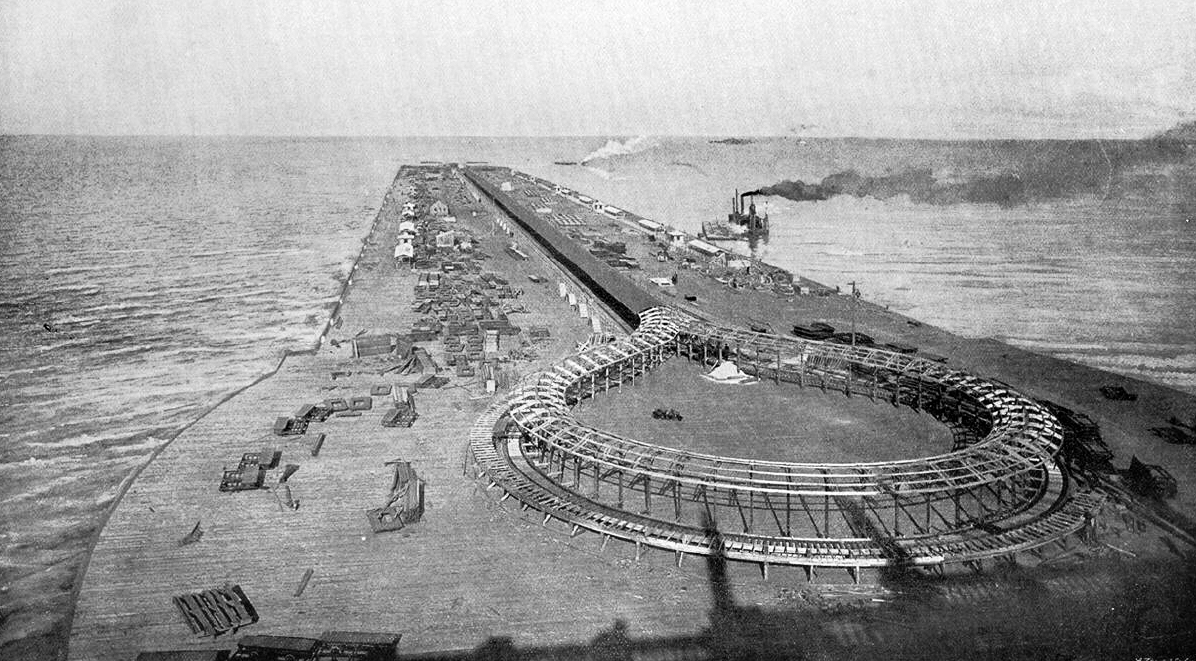 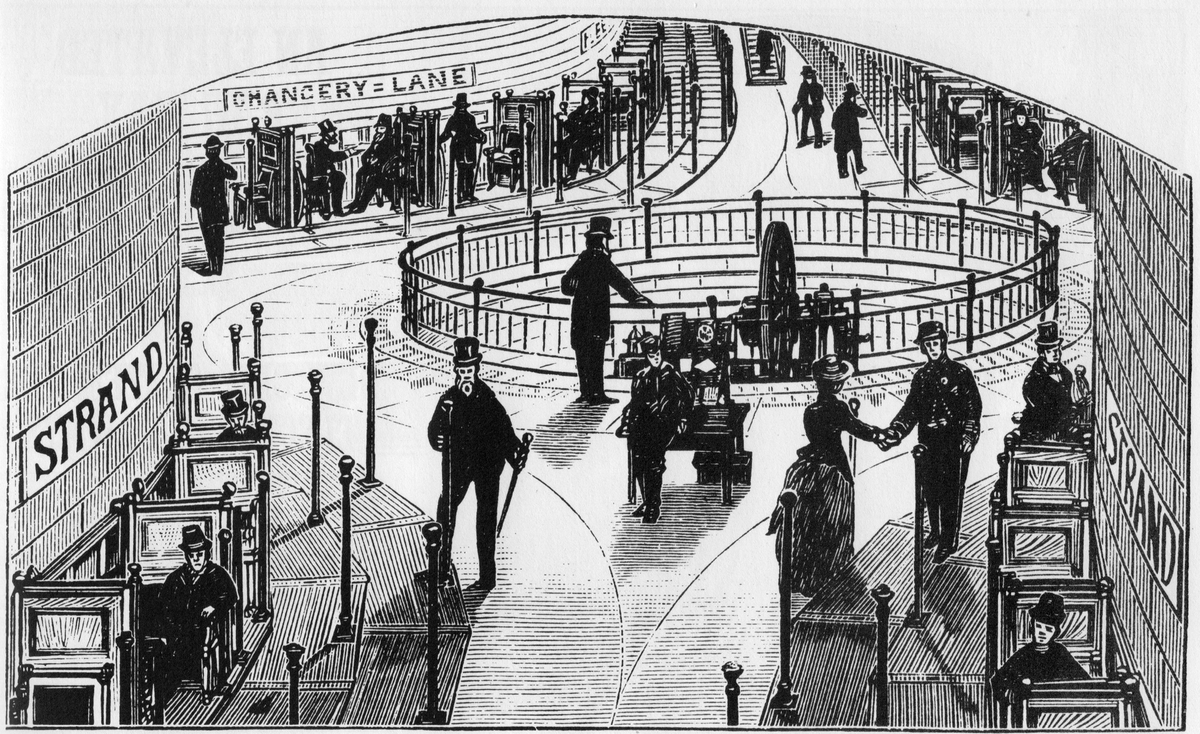 An 1890 issue of Scientific American explained just how Speer’s system might work:

These belts were to be made up of a series of small platform railway cars strung together. The first line of belts was to run at a slow velocity, say 3 miles per hour, and upon this slow belt of moving pavement, passengers were expected to step without difficulty. The next adjoining belt was intended to have a velocity of 6 miles per hour, but its speed, in reference to the first belt, would be only 3 miles per hour. Each separate line of belt was thus to have a different speed from the adjacent one; and thus the passenger might, by stepping from one platform to another, increase or diminish his rate of transit at will. Seats were to be placed at convenient points on the traveling platforms. 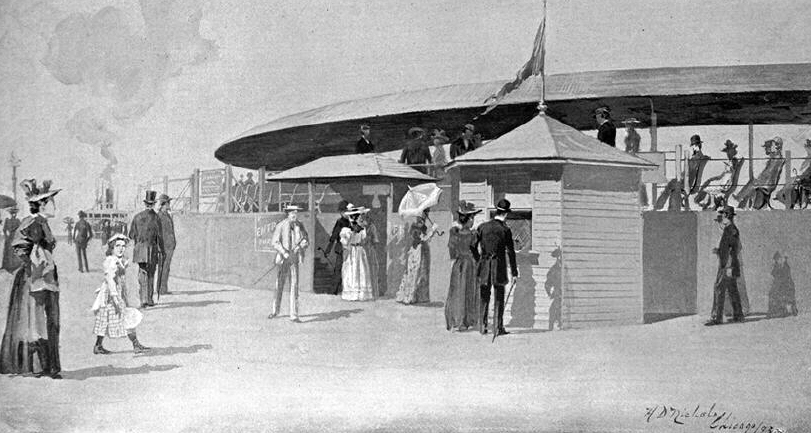 A Rear View of the Moving Sidewalk