From The Historical World’s Columbian Exposition and Chicago Guide by E. H. Morgan, 1892:

The Pier is eighty feet wide and extends one thousand feet out into Lake Michigan from the eastern extremity of the Grand Court, or avenue running from the Administration Building to the Lake. The shore on either side of the Pier furnishes broad and beautiful promenades which naturally will be thronged by thousands while resting from their sight-seeing in the
Exposition Buildings.

The Casino will stand at the extremity of the Pier thus furnishing the advantages of an insular position in Lake Michigan while at the same time insuring the proper perspective for the Exposition Buildings which the magic wand of industry will evoke along the shore. 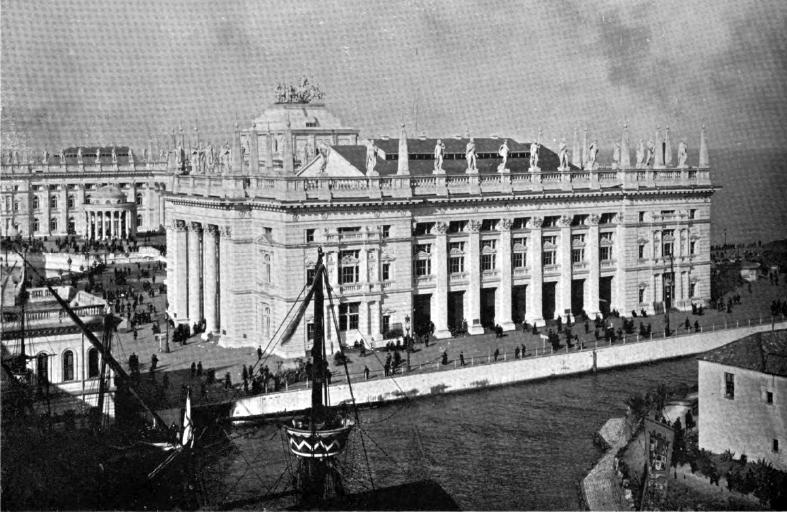 VIEW OF THE CASINO, QUADRIGA ON THE PERISTYLE AND THE MUSIC HALL

The Casino itself is a composite structure planned by Burling and Whitchouse, architects of Chicago, and embraces nine pavilions. It is a reproduction on a small scale of the far-famed city of gondolas, Venice, and the Venetian style of its architecture still further encourages the illusion. Its dimensions will be 180 by 400 feet, and it will rest upon piles. The central pavilion will rise to the height of 180 feet, while the others will be two stories in height, rising eighty feet above the waters of the Lake. Communication between the pavilions will be both by gondolas and by bridges, so that the visitor may at his pleasure give himself up to the romances of history, or exhibit the more prosaic spirit of modern rapid transit.

Around the central pavilion runs a gallery fifty-six feet in width: at the west end of the Pier stand St. Gandens’ Thirteen Original States — works in sculpture designed for the World’s Columbian Exposition.

In front of the Casino is a harbor for pleasure craft which by night is illuminated by incandescent lamps sunk beneath the water.

Here in the Casino the visitor may sit at his ease, fanned by the fresh Lake breezes, soothed by strains of excellent music, provided at pleasure with the choicest viands and refreshments, and having his comfort enhanced by the multitudinous dancing craft, the mighty steamers furrowing the waters of Lake Michigan, the magnificent spectacle afforded by the Exposition Buildings, or by the restless passing to and fro of the countless thousands upon the shore and upon the Pier.

Those especially whom necessity or preference compels to visit the World’s Columbian Exposition when fans have replaced wraps and the meditative charms of a grate fire have been succeeded by ardent yearnings for an arctic temperature, will enjoy the luxurious retreat furnished by the Casino and Pier. Those, too, whose age inclines them to romance and to what the song-writer describes as “fairy moonlight” will enjoy the very superlative of such enjoyments; for with the added chorus of good music whose distance is regulated by the changing pleasure of the hearer, there will be left no occasion for coveting the Elysium of Mohammed. So, too, the epicure and the gourmet will be able to feast all of his senses at once and to imagine himself imitating the most riotous of Roman Emperors, or the most capricious diner-out. The lover of scenery will have on the one hand the Venetian like scene of gliding gondolas and other pleasure craft and the more impressive but none the less lively out look upon Lake Michigan where the great ships and steamers furrow their pathway. On the other hand will be the buildings of the World’s Columbian Exposition representing the skill of man and charming by their magnificence and variety. 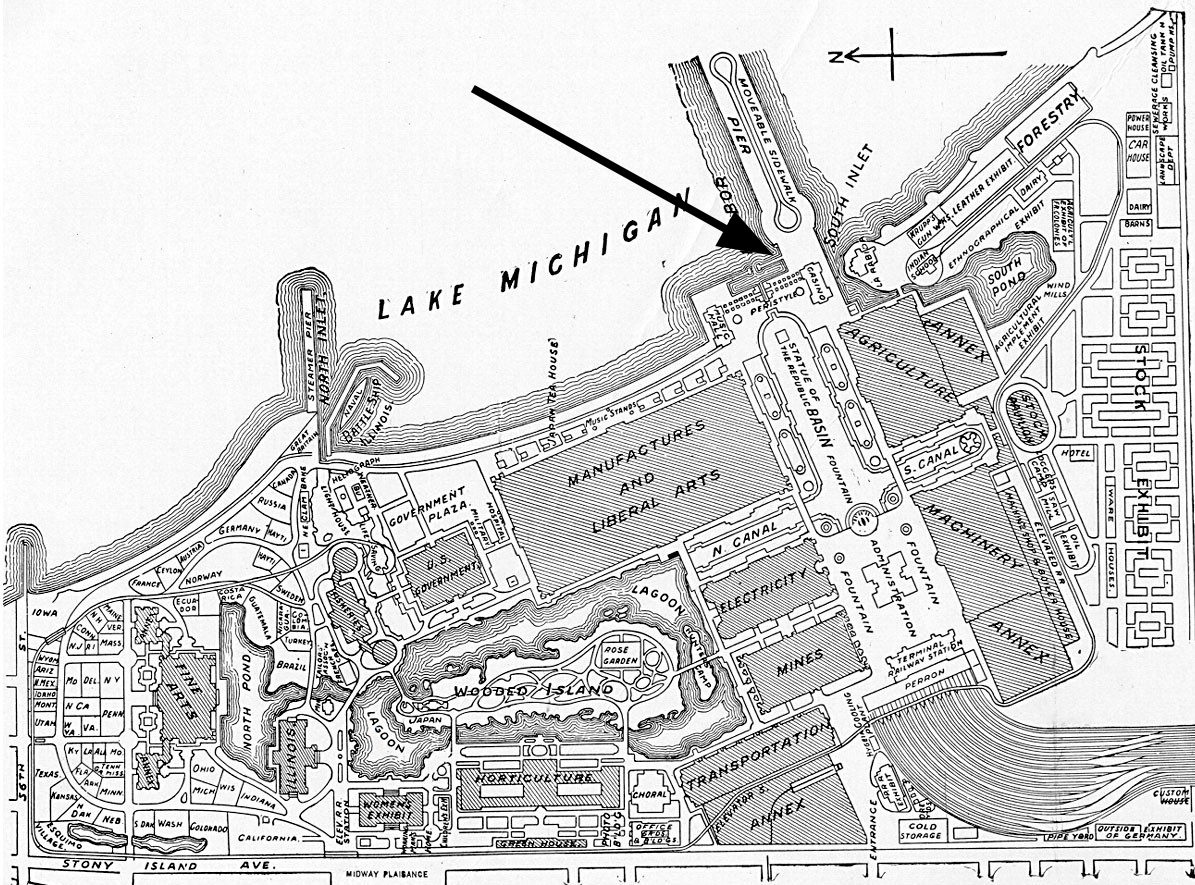