The Stony Island terminal was a big transportation hub for many years, connecting to buses, street cars and motor coaches. For a while, the line continued past this station to the Jackson Park station, built above the annex to the Transportation Building at the World’s Columbian Exposition, which was held in the South Side park from 1893-1894. During late night and early morning hours, the fair grounds were closed and trains terminated here. On October 31, 1893, Jackson Park terminal was closed, making Stony Island (then renamed Jackson Park) the end of the line.

The station was designed by Myron H. Church and built by the Rapid Transit and Bridge Construction Company. It opened on May 12, 1893, and closed on March 4, 1982, 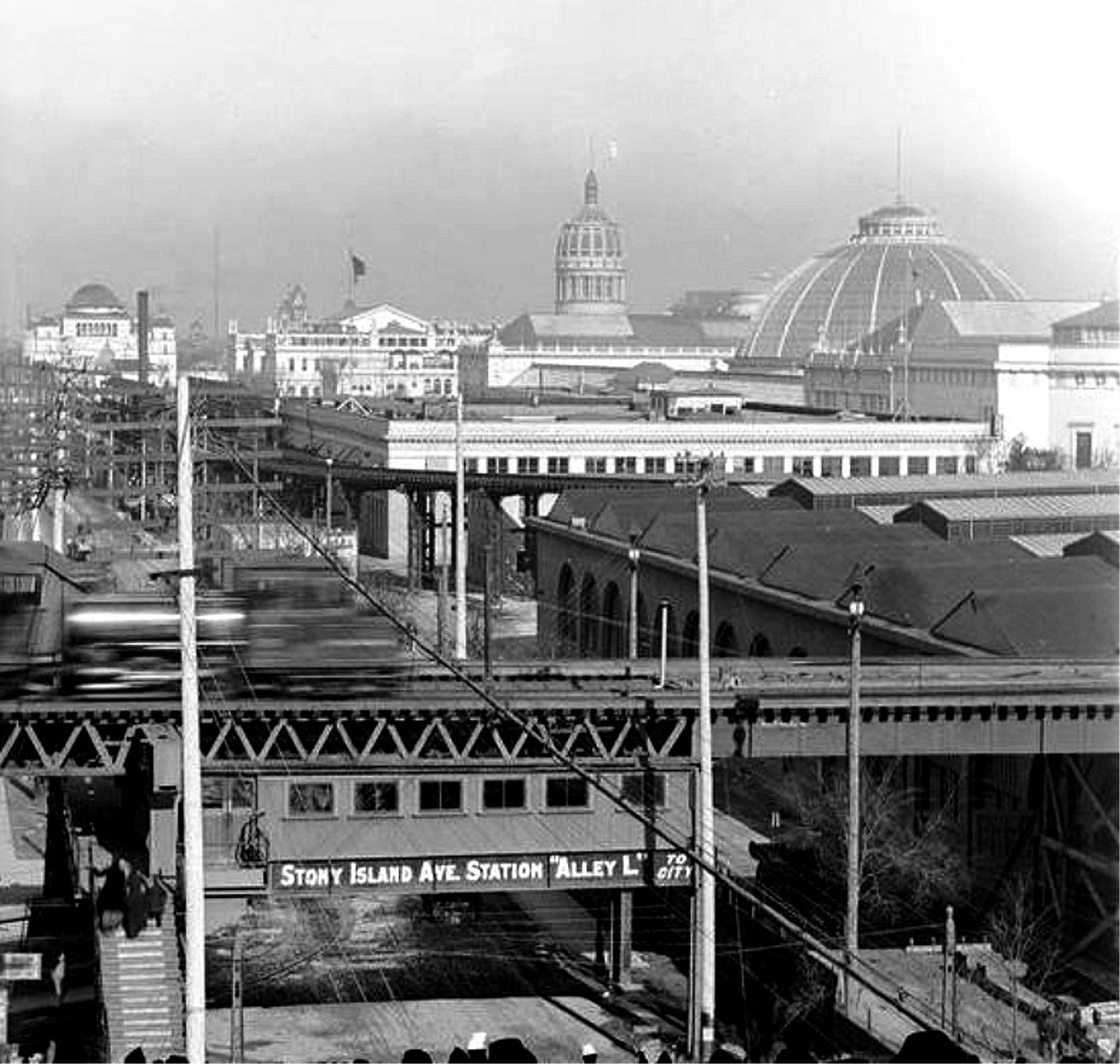 Looking toward the World’s Columbian Exposition from the 63rd and Stony Island elevated station, 1893.