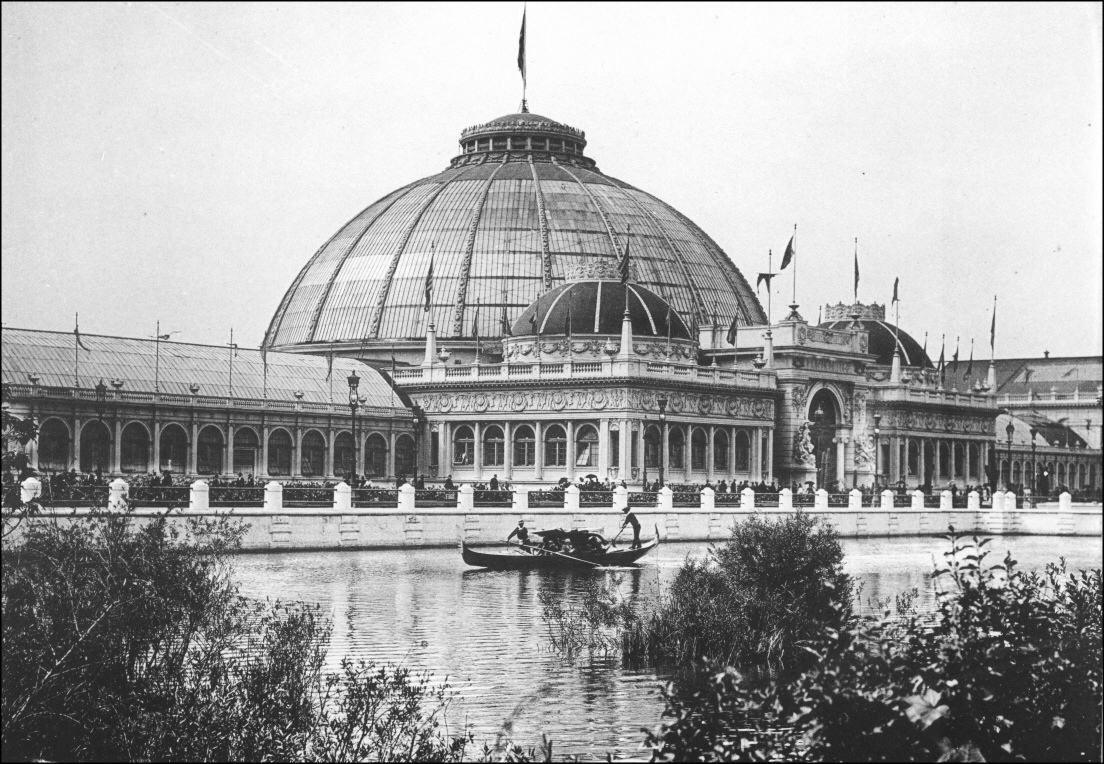 Panoramic View of the Horticutural Building from the Liberal Arts Building

FROM every point of view the Horticultural Building presents an imposing appearance. It is situated immediately south of the entrance to Jackson Park from the Midway Plaisance, and faces east on the lagoon. In front is a flower terrace for outside exhibits, including tanks for Nymphasa and the Victoria Regia. The building is 1,000 feet long, with an extreme width of 2^0 feet. The plan is a central pavilion with two end pavilions each connected with the central one by front and rear curtains, forming two interior courts each 88 by 270 feet. The courts are beautifully decorated in color and planted with ornamental shrubs and flowers. The center pavilion is roofed by a crystal dome 187 feet in diameter and 11? feet high, under which are exhibited the tallest palms, bamboos, and tree ferns that can be procured. There are galleries in each of the pavilions. The galleries of the end pavilions are designed for cafes, the situation and the surroundings being particularly adapted to recreation and refreshment. These cafes are surrounded by an arcade on three sides from which charming views of the grounds can be obtained. The front of the flower terrace, with its low parapet between large handsome vases, which borders the water, forms a boat landing at its center; this makes a highly convenient and attractive feature, and, with its fleet of pleasure boats, reminds one of Venice, 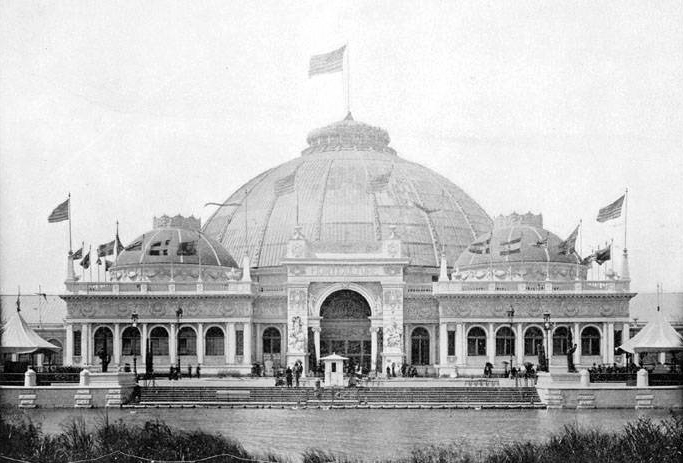 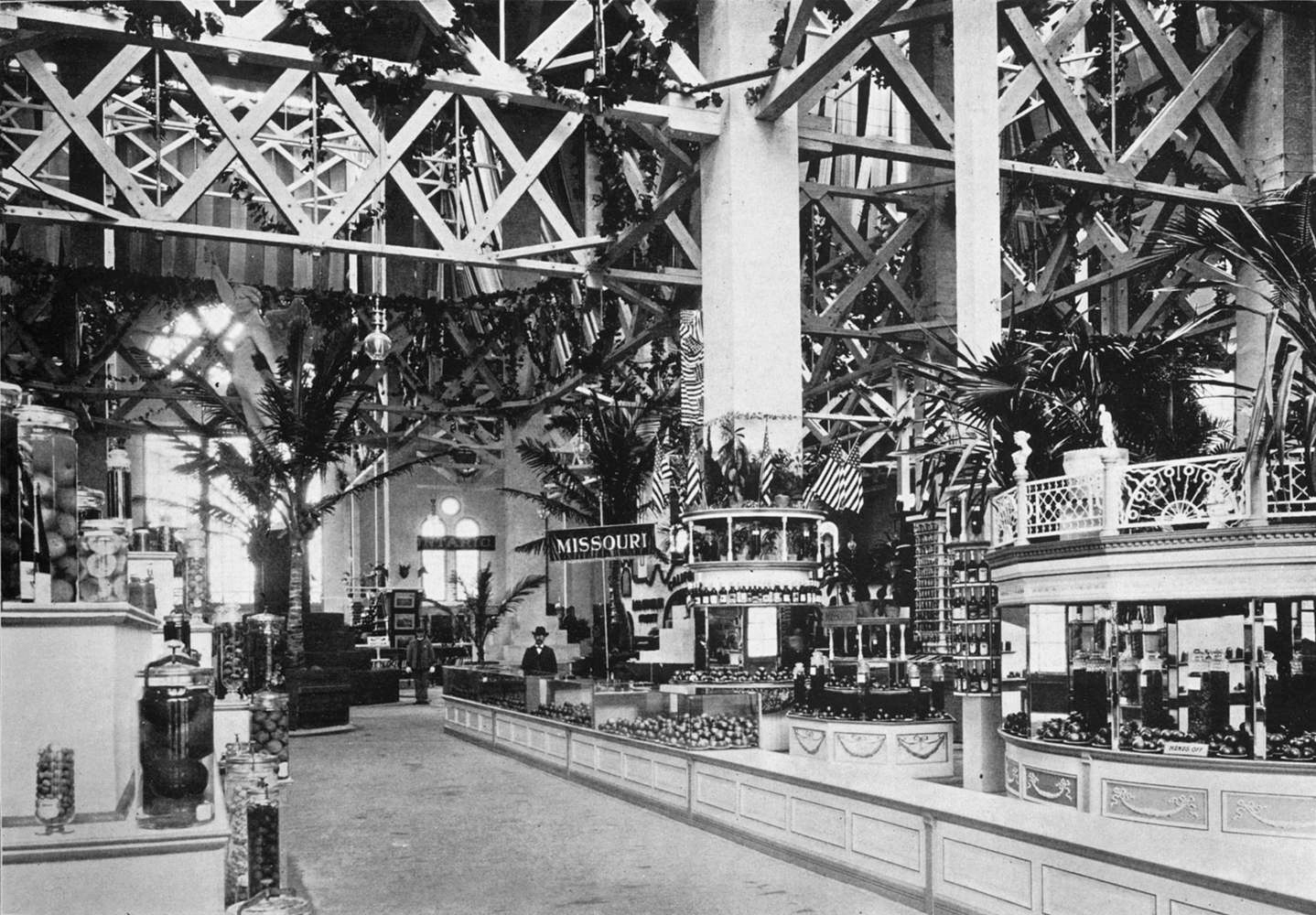 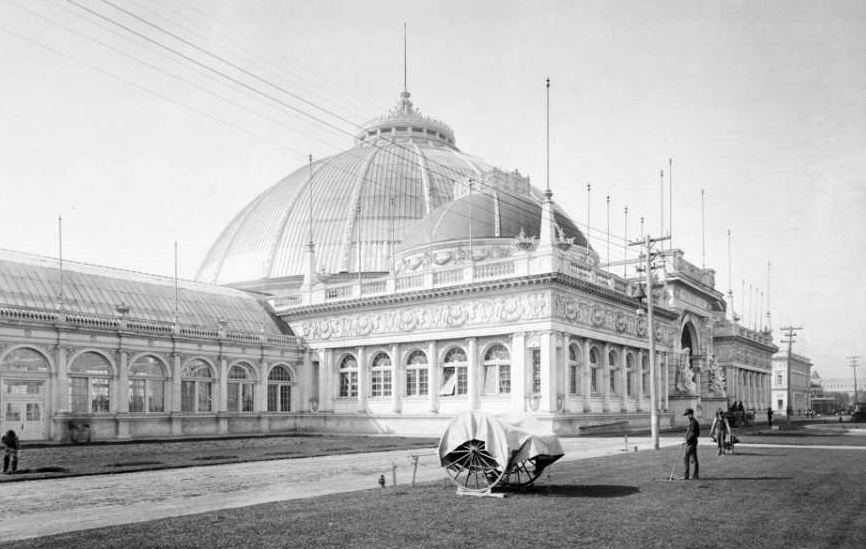 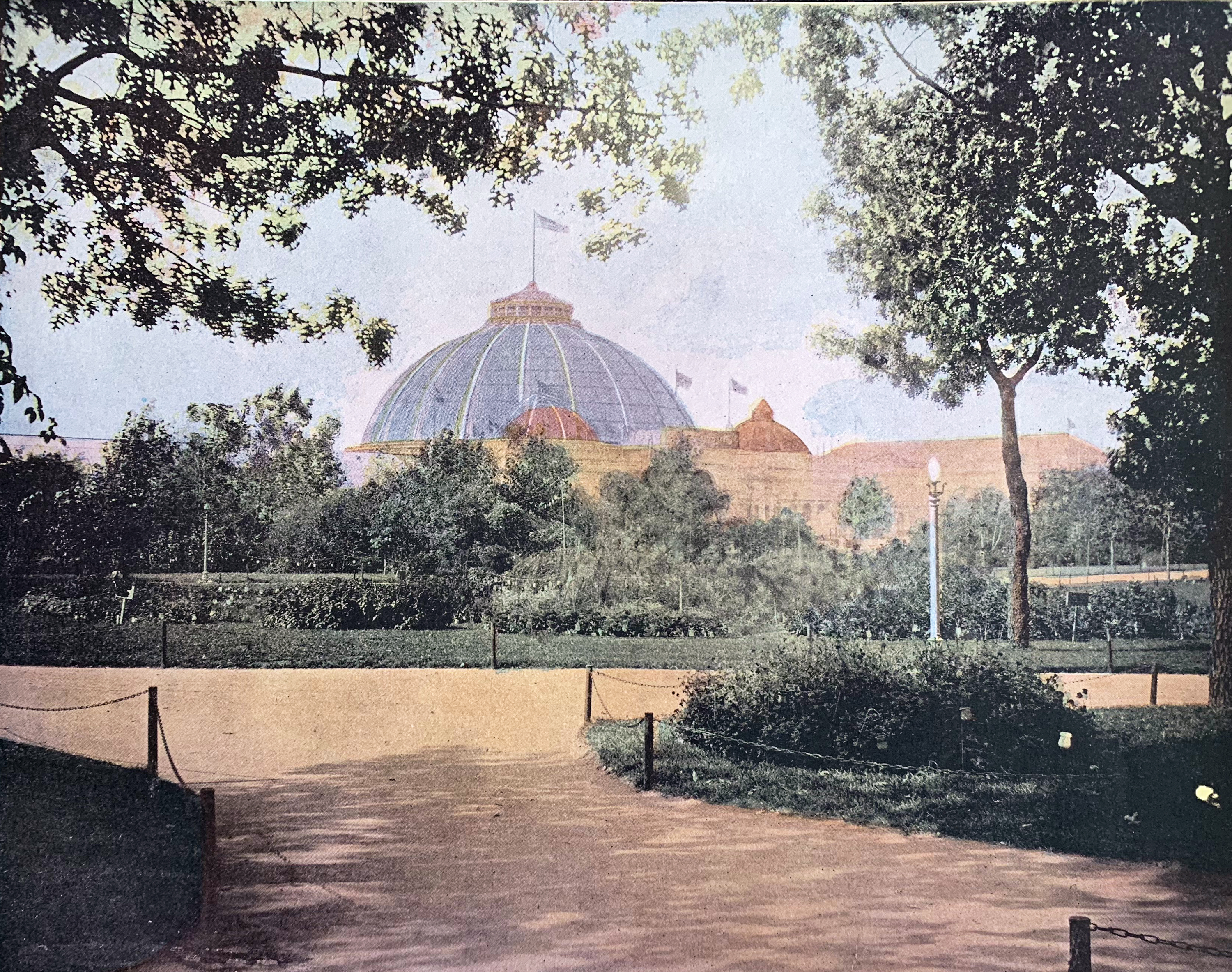 Horticulture Building From the Wooded Island