Reproductions of Columbus’ ships (caravels) the Nina and the Pinta are moored in the South Pond at the World’s Fair. Spectators stand on the sidewalk near the Agricultural Building. The Statue of the Republic is in the distance.

Caravels at the Fair

The United State Congress had appropriated the $50,000 necessary for the construction of the three caravels, and on 7 July 1893 the Santa Maria’s captain, Victor M. Concas, wrote in his log book,

147 days out of Cadiz, dropped anchor in front of the Worlds’ Columbian Exposition.

The ship was the centerpiece of the last day of the fair, Columbus Day. Scrubbed clean and fully crewed, the Santa Maria and her sister ships left their mooring space near what is now La Rabida hospital and moved to a point off the fair’s music hall where they dropped anchor about 500 yards off the beach and lowered small boats. In the first boat stood an actor portraying Christopher Columbus, sword in one hand and a flag in the other. The pageant had everything: monks kneeling in prayer at the base of a cross, natives of San Salvador ducking behind palm trees for cover, native chiefs summoned, and friendly greetings exchanged between native and foreigner. 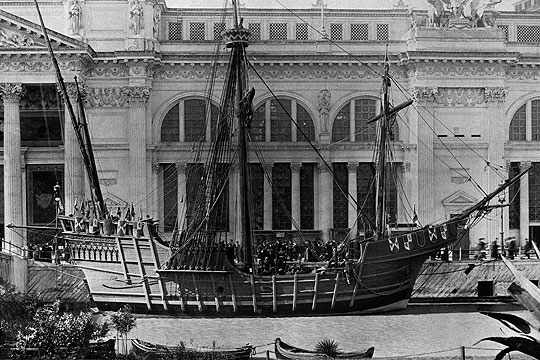 The Santa Maria at the Fair

The glory didn’t last long, and the ship rapidly faded along with the memory of the great white city of 1893. The Knights of Columbus hatched a plan to save the ship in 1900, but nothing came of it. By 1903 The Tribune in an editorial called the ships:

useless, deserted, forgotten hulks, victims of wind and storm and the prey of vandals, stripped of their furnishings and appliances, stripped even of all sentiment and associations, melancholy reminders of the festal days of the white city.

The ship did not go without a fight, though. In fact, on Columbus Day of 1911 the ships set sail again, reaching Grant Park at 8:30 in the morning as 100,000 “natives” lined the shore from Jackson to Grant Park. Even as the celebration went on, the Santa Maria struggled. At one point in the pageant, all of the crew as well as the actors aboard were summoned to the pumps as the ship’s hold began to take on water. 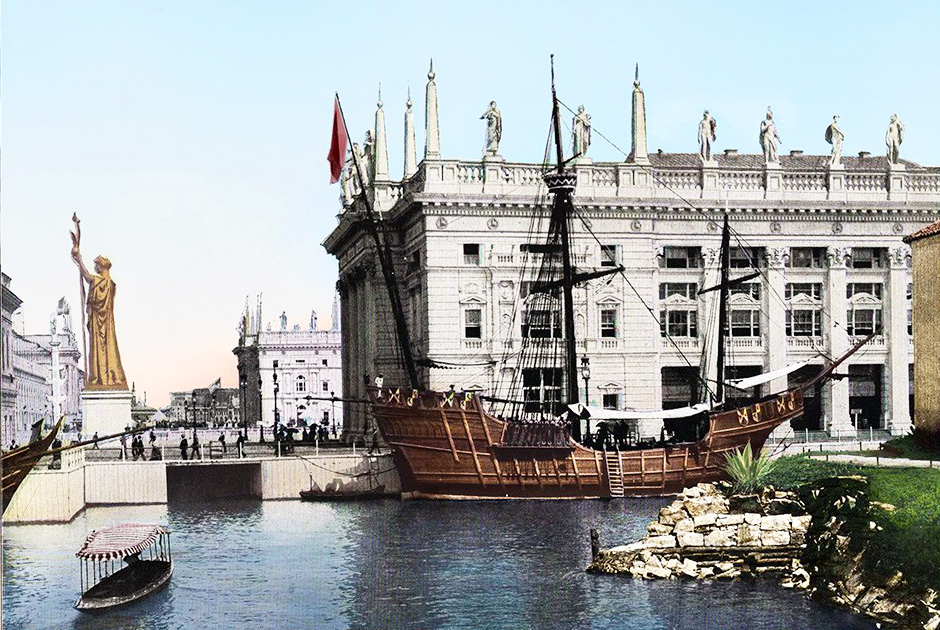 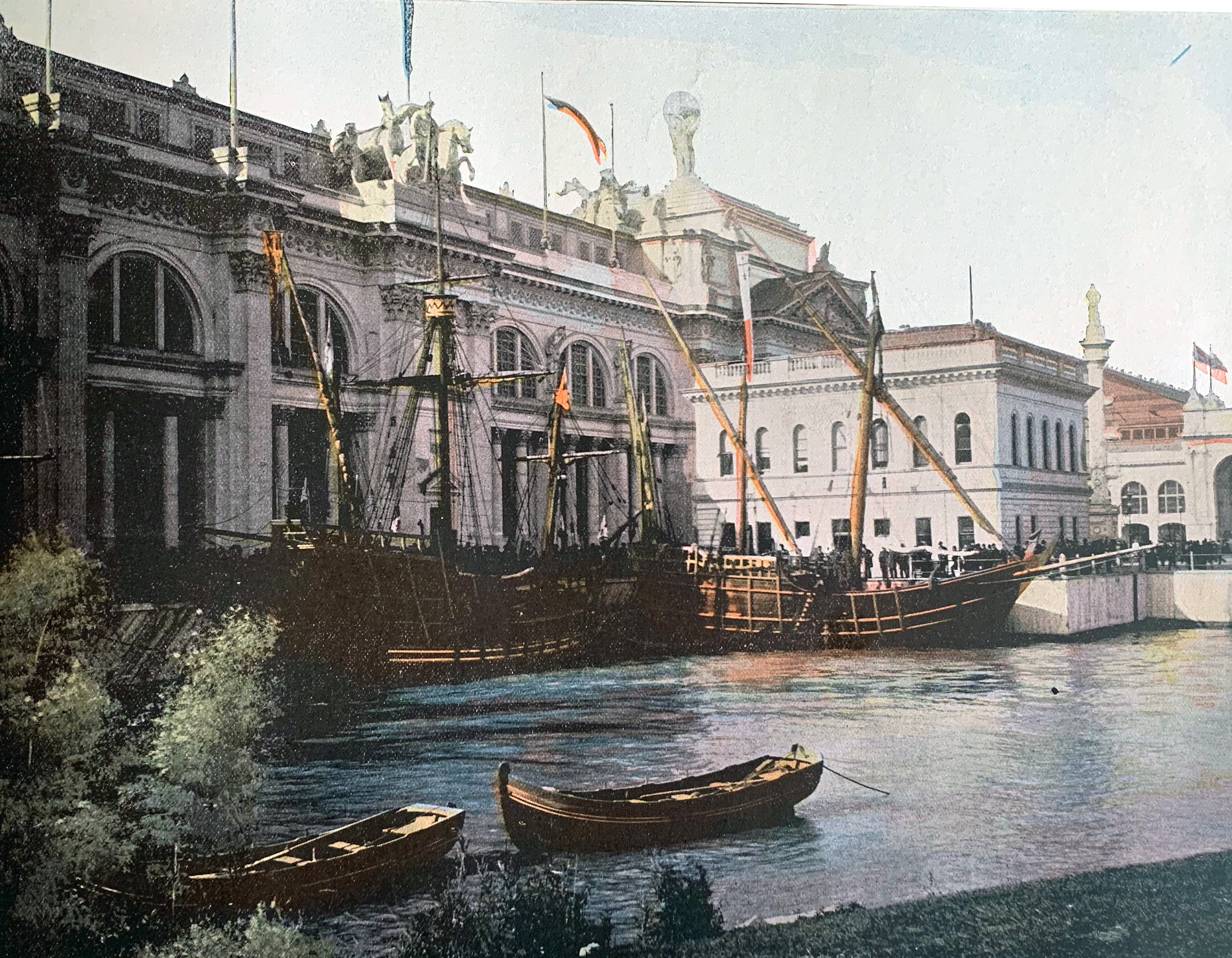 Santa Maria (top) and Nina and Pinta at the Fair