South of the Administration building, fronting 350 feet on the main avenue, and with a depth of 500 feet, is the Palace of Mechanic Arts, or as it is more commonly termed Machinery Hall, covering, with its annex, more than seventeen acres. While less than one third the size of the Manufactures building, this edifice, apart from its annex, has more than double the dimensions of the national capitol, or of the parliament houses at Westminster. The three main interior divisions resemble somewhat as many railroad sheds placed side by side, each with a conical roof 100 feet in height, supported by arched trusses 50 feet apart. Around this triple hall is a gallery 50 feet wide, and through its centre runs a transept, 130 feet in width. The internal arrangement is admirably suited to the purpose, with a structural design so simple as in a measure to dispel the sense of perplexity caused by a vast display of machinery in motion. 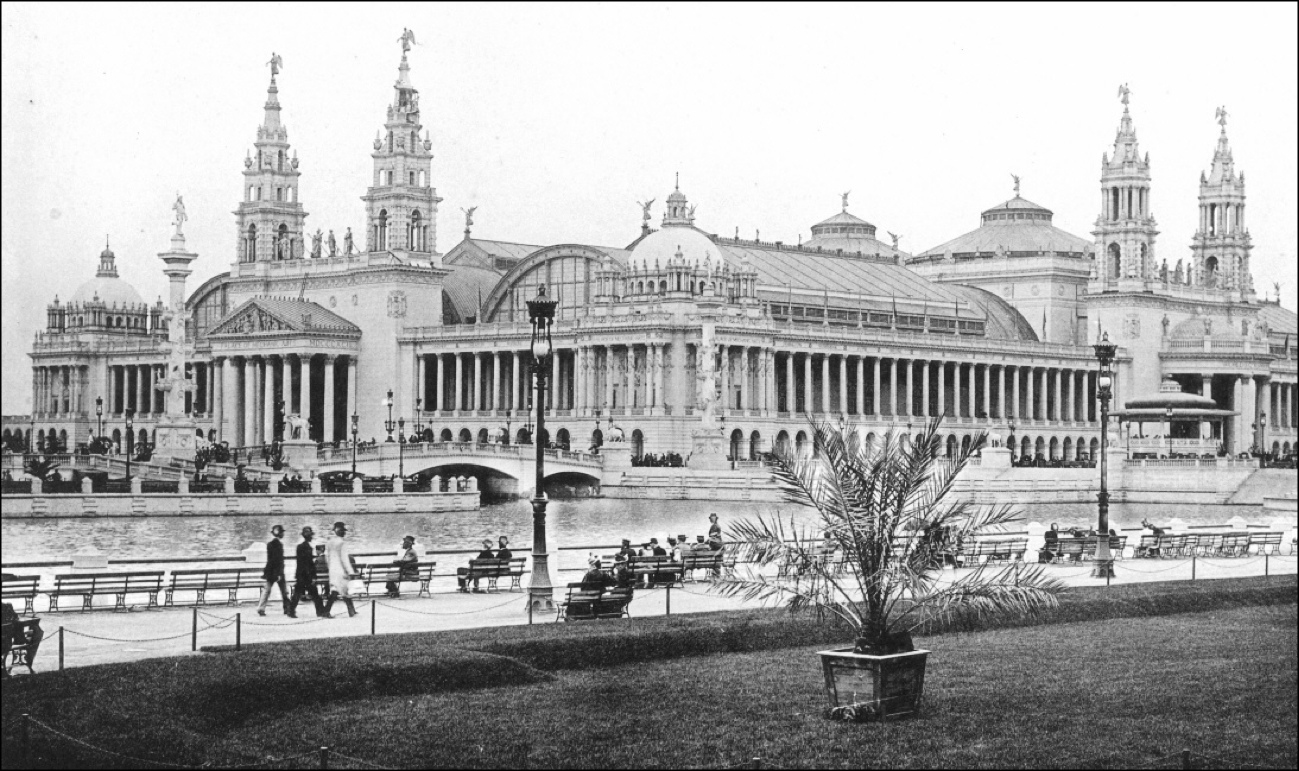 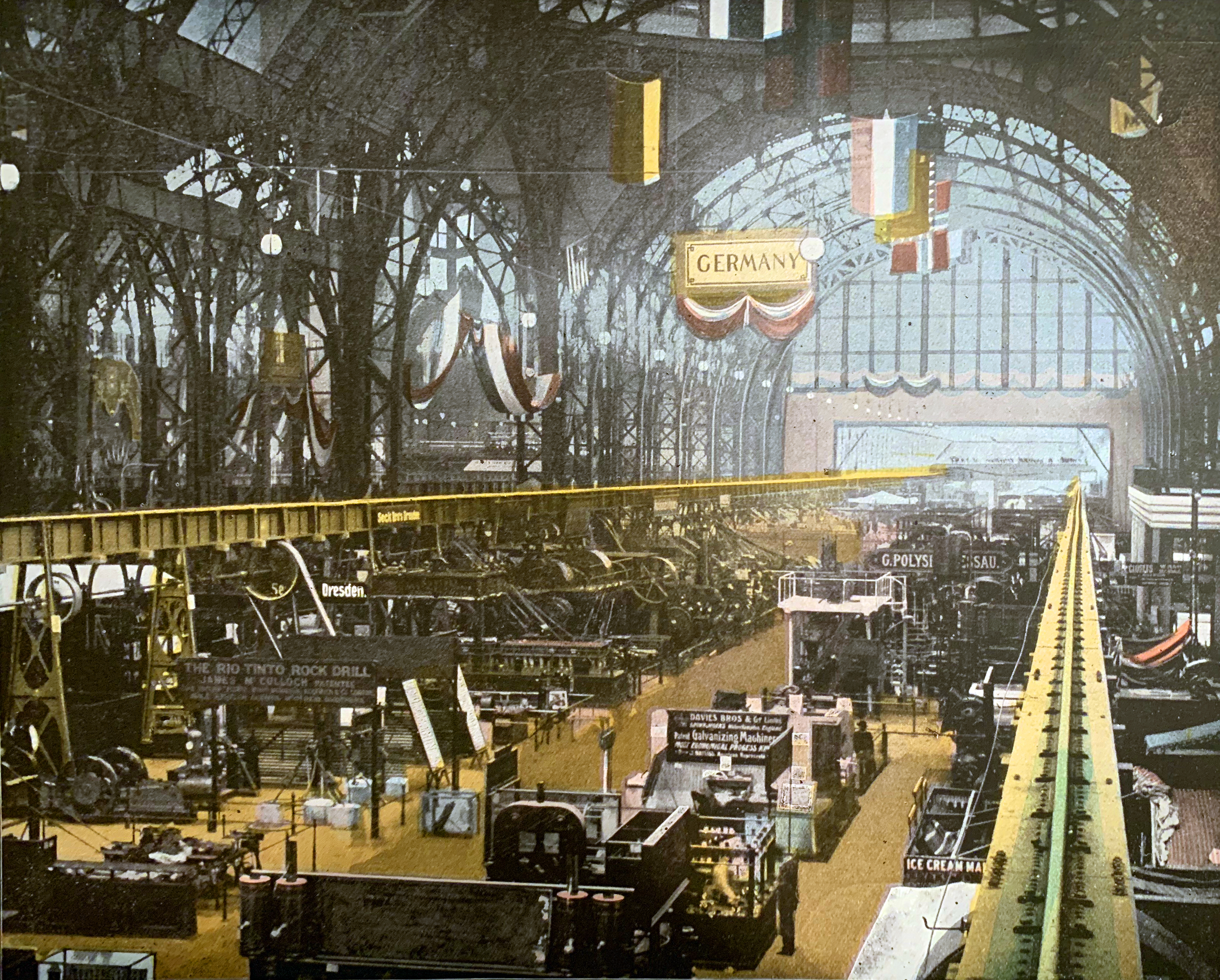 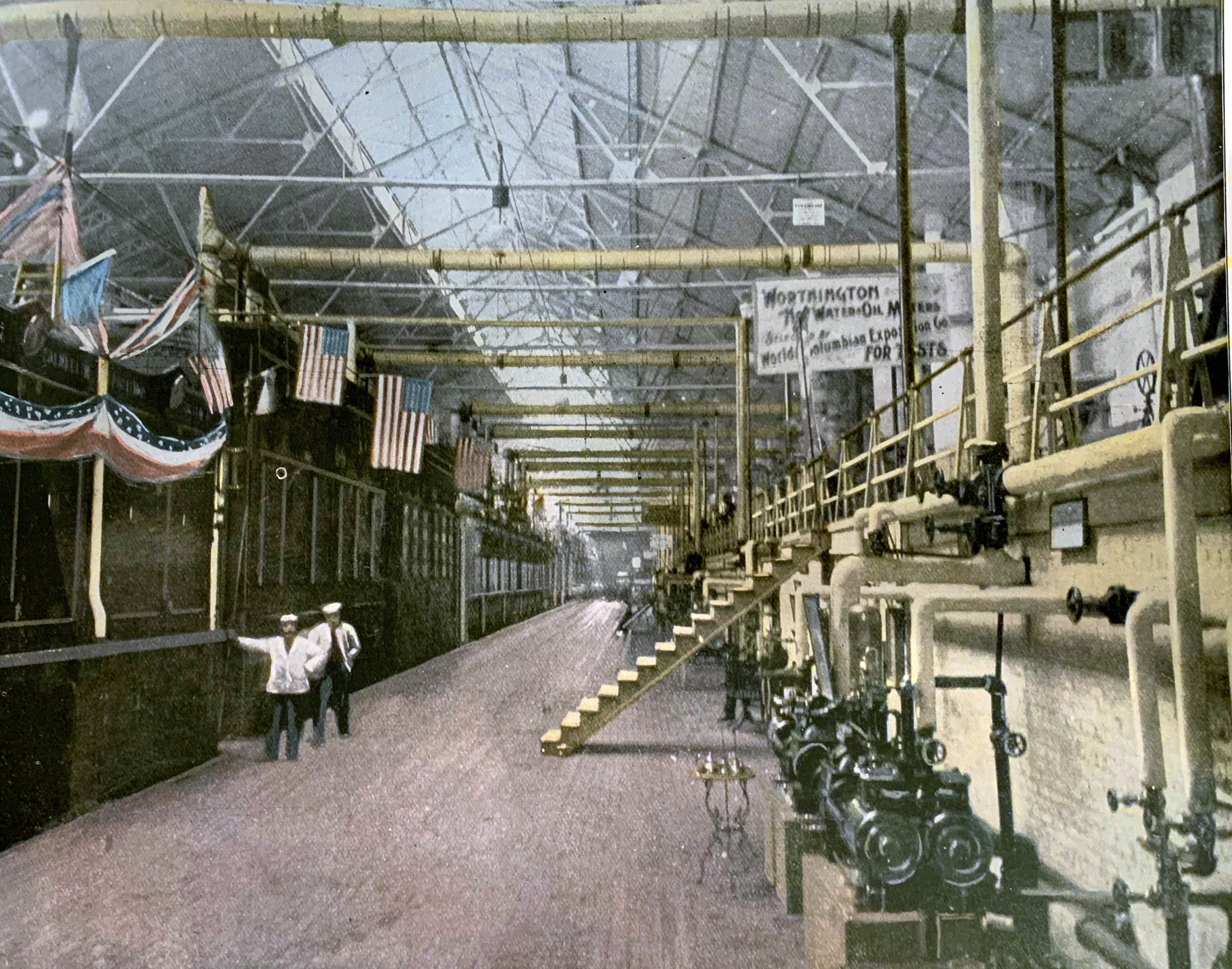 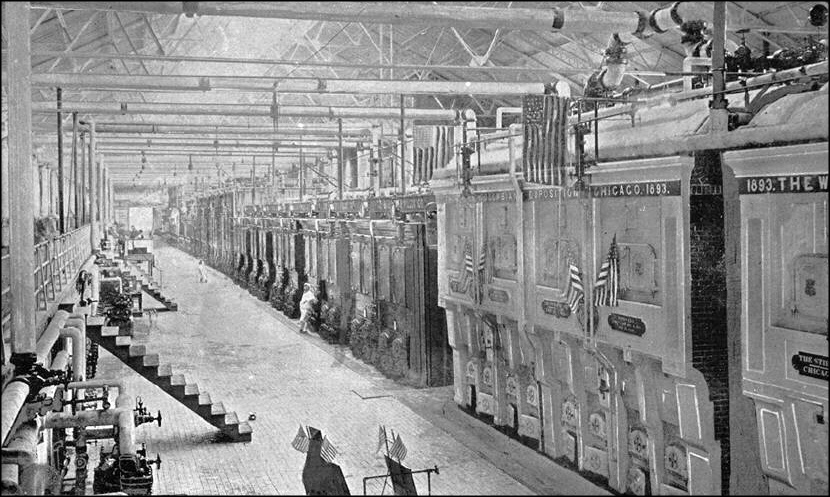 Largest Boiler House in the World

Along the southern wall of Machinery Hall extend two corrugated iron structures, in which is generated most of the power whereby the buildings and grounds and the great fountain in the central court are supplied with electricity, the power that runs the Administration elevators, furnishes exhibitors with motive force, drives the sewage of the Fair toward the lake, and sets in motion some of the machinery in the hall itself. This primary power plant, known as the boiler-house, is adjacent to the main building, the smaller section, on the other side of the southern entrance way, being called the boiler-house extension. Adjoining these and contained within the main hall and its annex are the 70 engines and 130 dynamos which complete the plant, one fully in keeping with the colossal proportions of the Exposition, and aptly termed the heart of the Fair. Of the 26,000 horse-power developed by its 54 boilers, fully two-thirds is transmitted to the engines and dynamos which generate electricity. 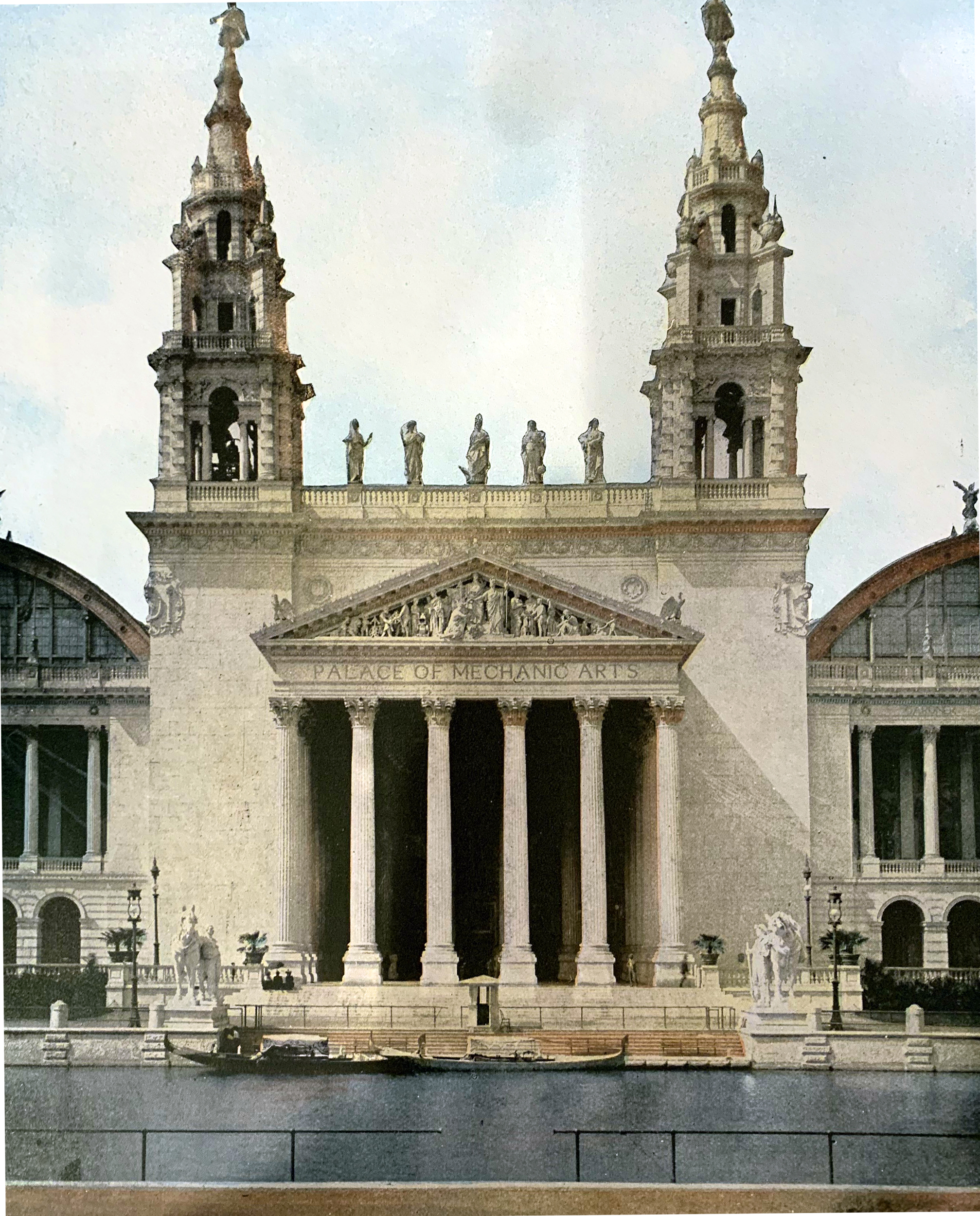 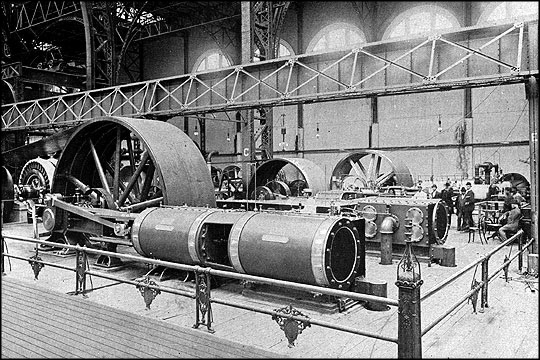 Engines like the one shown in this picture were used for many purposes. They used steam created by heating water to move mechanical arms back and forth. The back and forth motion would spin big wheels. The motion could be harnessed to power many different devices. Engines could generate electricity, lift heavy objects for construction, or turn giant drills for mining.