The exhibits proper of the Waltham Watch company consist of their various articles of manufacture, and except for a model of their works were not specially prepared for the occasion. For the most part it is restricted to watch movements, of which there are more than 2,000 varieties, the company having ceased to manufacture, as in former years, the completed timepiece. There is, however, a handsome piece of mechanism in the form of a watch made of quartz and agate, except for the wheels, which are made of the usual watch materials. It is valued at $1,700, and can be illumined by electricity so as to reveal the workings of every part. Along two sides of the pavilion is a range of machinery in motion, demonstrating the advancement made in the methods of watch manufacture from the days of the Centennial Exhibition to the present time.

The company claim to be the originators of what is known as the American system of watch manufacture, whereby machinery is used for the work which was formerly done by hand. To illustrate the progress in this direction, the machines here in operation are similar in construction, but run with a minimum of operatives. There was formerly, for instance, one operator for each machine, where now is a combination of four machines in charge of one person, who can take care of six of these combinations, doing the work of twenty-four persons, and in many respects doing it better. Another machine is of different plan, and instead of handling the work from one to the other, turns round and brings the completed work to the operator, then is re-filled and starts on its round again. In all these machines it has been demonstrated that they can perform the work of that part of a watch which requires the utmost delicacy of touch, and which it was though until recently could only be done by hand. 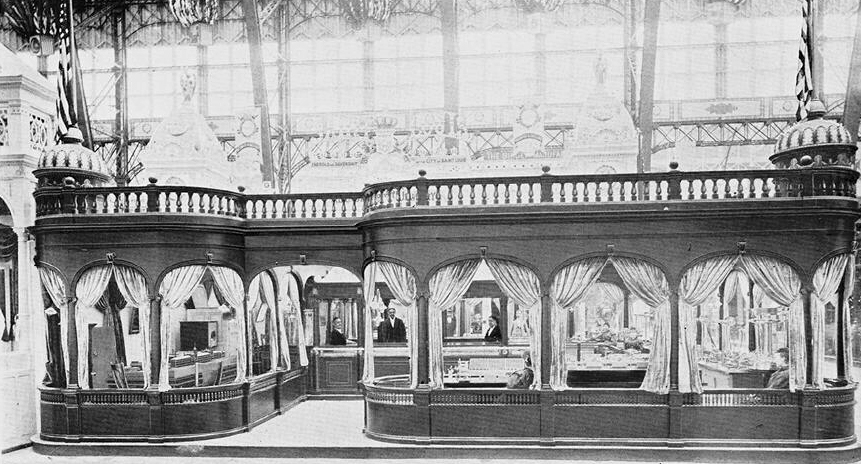 These machines were featured in the 13 January 1894 issue of Scientific American Magazine.