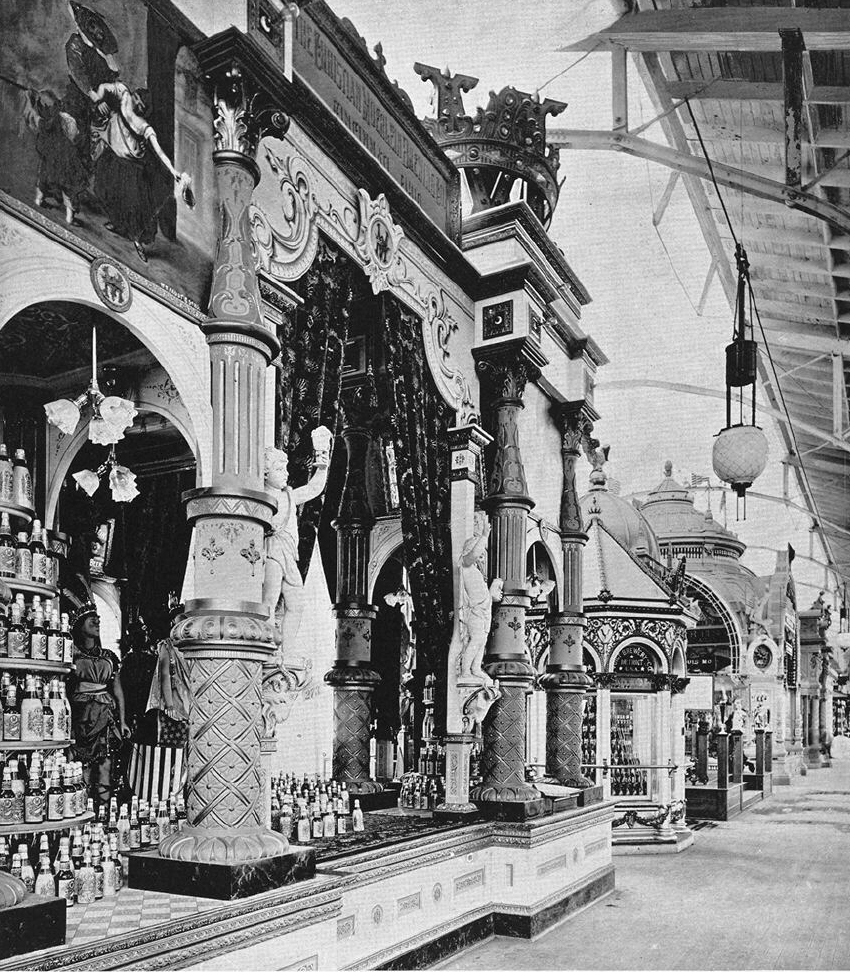 The second floor of the Agricultural building is divided transversely by two broad apertures, or light wells as they are often called, eight minor shafts running east and west between the several galleries. Collective American exhibits largely occupy this story, and first may be mentioned those of the brewers of the United States, installed in the broad aisle which skirts the western wall. There are about thirty participants, many of them with ornate and handsomely equipped pavilions, conspicuous among which are those of the Pabst Brewing company, of Milwaukee, and the Christian Moerlein brewery, of Cincinnati. The later, nearly decorated in cream and gold, contains an array of richly costumed figures representing historic characters of many nations, with others symbolic of the four seasons, thus advertising the general consumption of Cincinnati beer. The Milwaukee establishment has a gilded model of its plant, on a scale of one inch to the foot, enclosed in a pavilion of terra cotta, crowned with a dome in mosaic work of stained glass. The headquarters of Stroh’s Brewery of Detroit company are fashioned entirely of bottles, and a Rochester brewer displays in motion a model of the machinery that makes his beer. 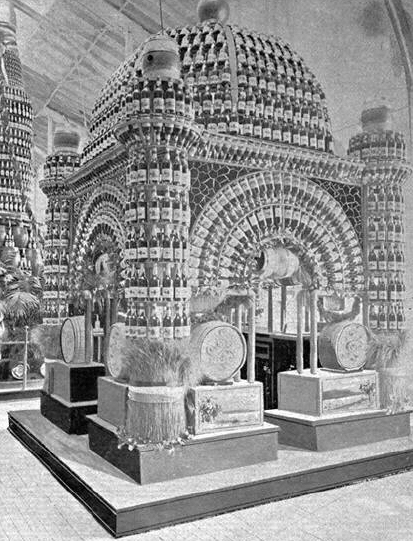 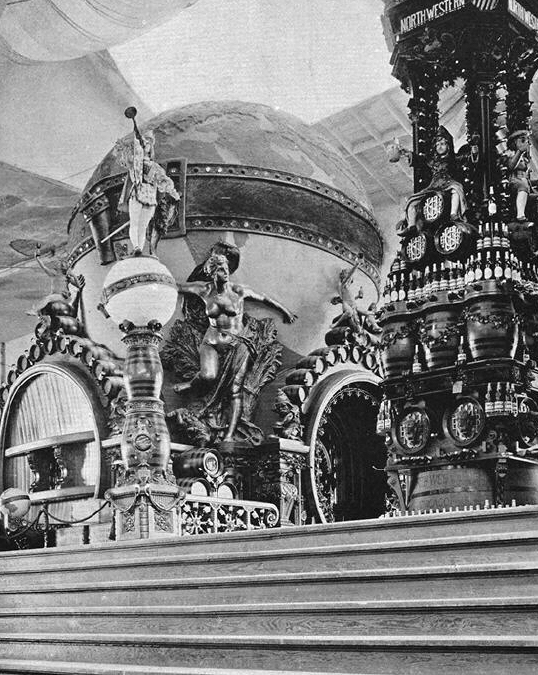 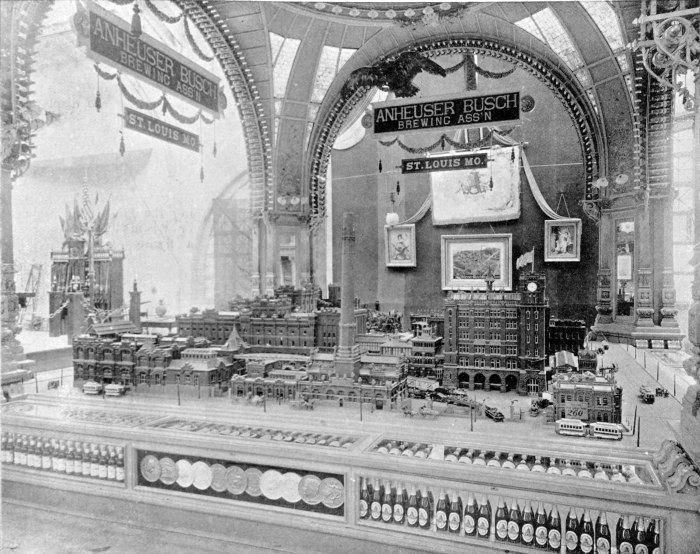