THE LAST DAY OF THE FAIR.
Yesterday was the last day of The Fair. Visitors can go there to-day and view its wonders and beauties, but the formal closing was Oct. 30. It was to have been the merriest, gladdest, and most resplendent day of all the season, called, in crowning hour of the quadri-centennial itself, Columbus day. Nature was in full sympathy with the spirit of festivity. Not a pleasanter day has dawned since May 1, and the sun himself seemed to say, Come now, let us outdo Chicago day and have it said that at least a round million of people joined in the joyous celebration in honor of the great discoverer. But the people were in no mood for festivity and frolic. A pall rested upon them all. The World’s Fair Mayor of Chicago had been ruthlessly slain by a dastardly assassin, and the black shadow of that calamity gave a somber hue to everything expositional. It was as if the White City itself had about it a black border.

The gay and gorgeous programme which had been laid out in advance was abandoned. In the place of pyrotechnics, flaunting banners, blowing trumpets, and similar accessories of joy there were flags at half-mast, tolling bells and funeral dirges, such as befitted an occasion so mournful. It would have been a cruel disregard of public sentiment to have it otherwise. The Director General and all in authority at the White City were in perfect accord with the general feeling of bereavement, and took such action as best beseemed the melancholy event. t sunset the great battery on the lake front fired a suitable salute, and as the intonations reverberated through the White City it was as if The Fair itself had found a voice, and in the very article of its own death saluted the dead.

It does not follow that the day was given up to thoughts of a grave and distracting nature. So far as concerns ordinary sight-seeing these mementos of grief and sympathy were no hinderance. The crowd was not by any means what it would have been no shock of sadness, no break in the festivity, but it was still enormous, and for all practical purposes of observation everything was favorable. The mighty throngs passed here and there all over the grounds without any detraction. It would have been all wrong to have lessened the opportunity for taking in The Fair in any of its integral features.

That what was to have been the reddest of all the red-letter days of The Fair should be its one black day had in it a certain general appropriateness. Entirely apart from the tragedy of Saturday night and the funeral pall of that assassination the last day of The Fair would have been tinged somewhat with melancholy, for the very reason that it was the last. The six months now closed has been a period of great labor and anxiety, and that not merely to those directly connected with The Fair, but to the people generally. The strain has been a severe one. But it has been a greater pleasure, and to say a last farewell to such a friend would have has in it a strong vein of pathos. Even the merrymakers on the Midway would have heard the tolling of a bell above their own fun and frolic. Other world’s fairs will be held, but very few of the millions who have seen this one will ever see another, and if they do it will, indeed,, be another. The White City, with its gorgeous palaces and incomparable Court of Honor, can never be reproduced. When once it vanishes it will be gone forever. 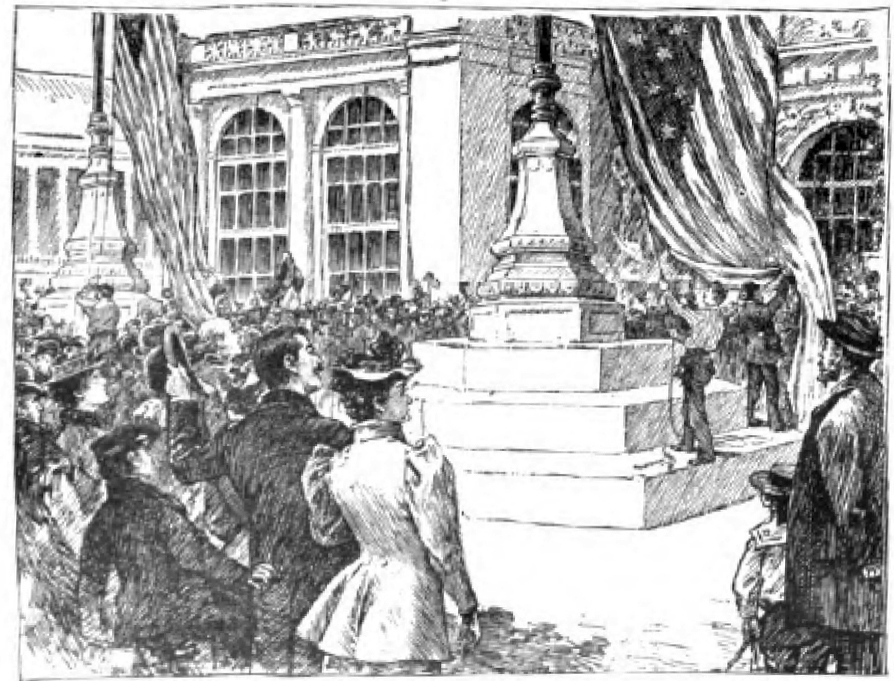 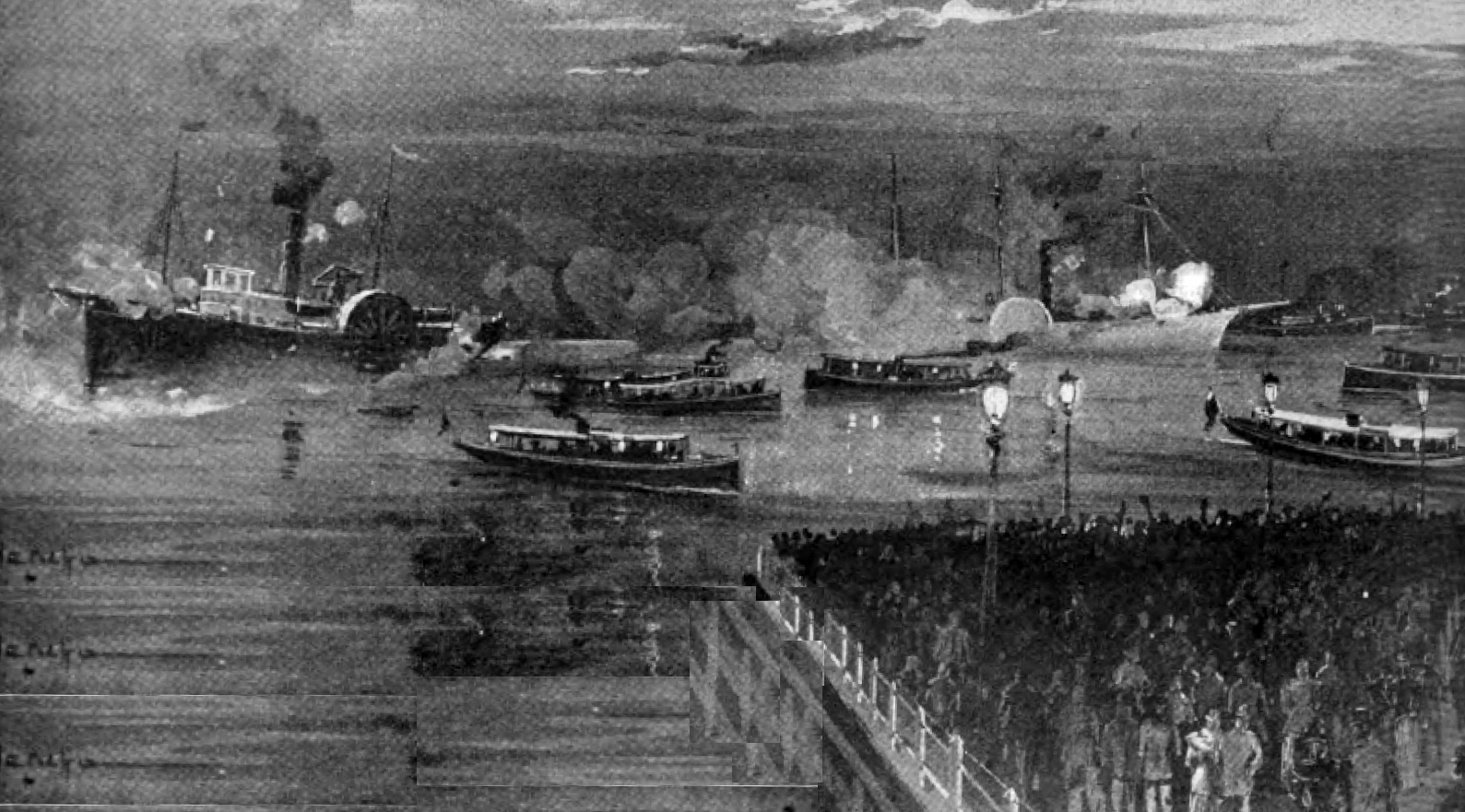 The Closing Ceremonies—Firing the National Salute at Sunset

For though the buildings remain, and the “people” at the last have their own, the White City is gone. It can never come again. Out of the ashes something may come more beautiful than we knew before, but never again will come what ’93 has given to us. The White City is lifeless. Only the shell remains. It is heaven untenanted.

Five days later on January 8, 1894, the first of two fires wiped out the Agricultural Building, Grand Arch, the Casino and the Music Hall. The rest of the buildings burned down in a second fire on July 5, 1894.