The Krupp Gun Pavilion (also known as the Krupp Gun Exhibit) was impressive on its own. It was created to be somewhat of a cross between a fortress and the “Villa Hugel” which had been the Krupp family home since 1873. The entrance hall was 138 feet long by 25 feet wide by 30 feet high while the main exhibit hall was 197 feet long by 82 feet wide by 43 feet high. It was located between the replica of the Convent La Rabida and the Leather Exhibit just south of the moving sidewalk and Casino Building. This area is currently occupied by the La Rabida Children’s Hospital. The structure cost Krupp upwards of 1.5 million dollars to erect and about the same amount to transport it to and from the fair. The pavilion housed both tools of war and peace but honestly it was the big gun that drew the crowds. 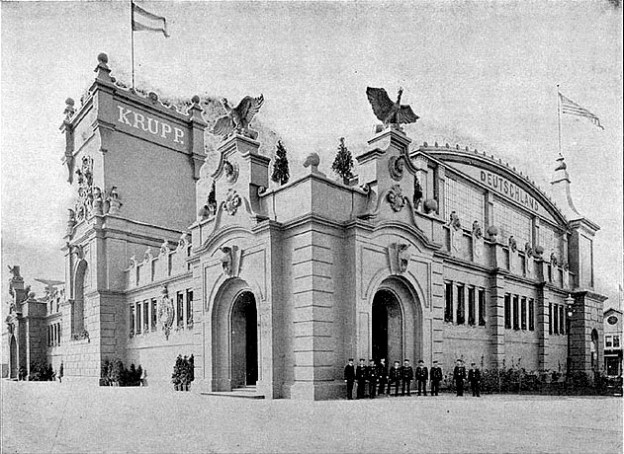 Known as the largest canon in the world, the canon barrel weighed just over 240,000 pounds, was 46 feet long, 6.5 feet in diameter at the breech and the muzzle opening or caliber of the gun was 16.54 inches. It was capable, according to a Krupp representative, of firing a 2,000 pound projectile over a distance of 13 miles. (Krupp literature claimed only 5.5 miles) When using the shrapnel version of the 1 ton shell it would explode 3400 steel balls weighing about a quarter pound each. You definitely did not want to be on the receiving end of this piece of artillery. The gun cost Krupp about $200,000 to produce and $80,000 to transport to the U.S. At the end of the fair, Herr Krupp offered the gun to the U.S. military for a price of $223,000 including turret and all mountings. The U.S. quickly rejected the offer due to the fact that they believed the gun too dangerous and too expensive to operate at $1,500 per shot. There was also a rumor that Herr Krupp was going to donate the gun to the City of Chicago and the city in turn was going to use it in a fort which was going to be placed opposite Hyde Park on five acres of “made” land which would have had a clear view of the lake front from the Evanston light house to Calumet Lake. That rumor was quickly proven to be a false one. 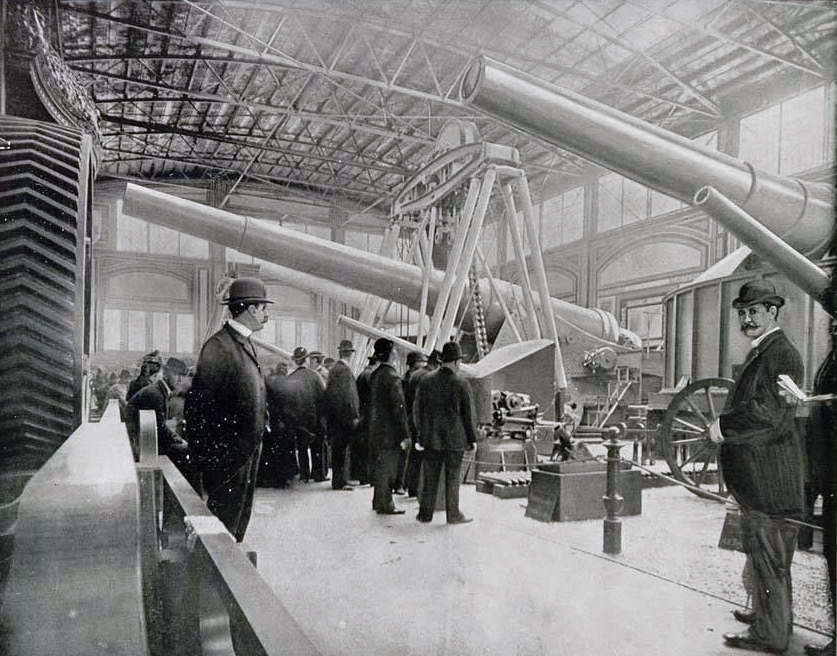