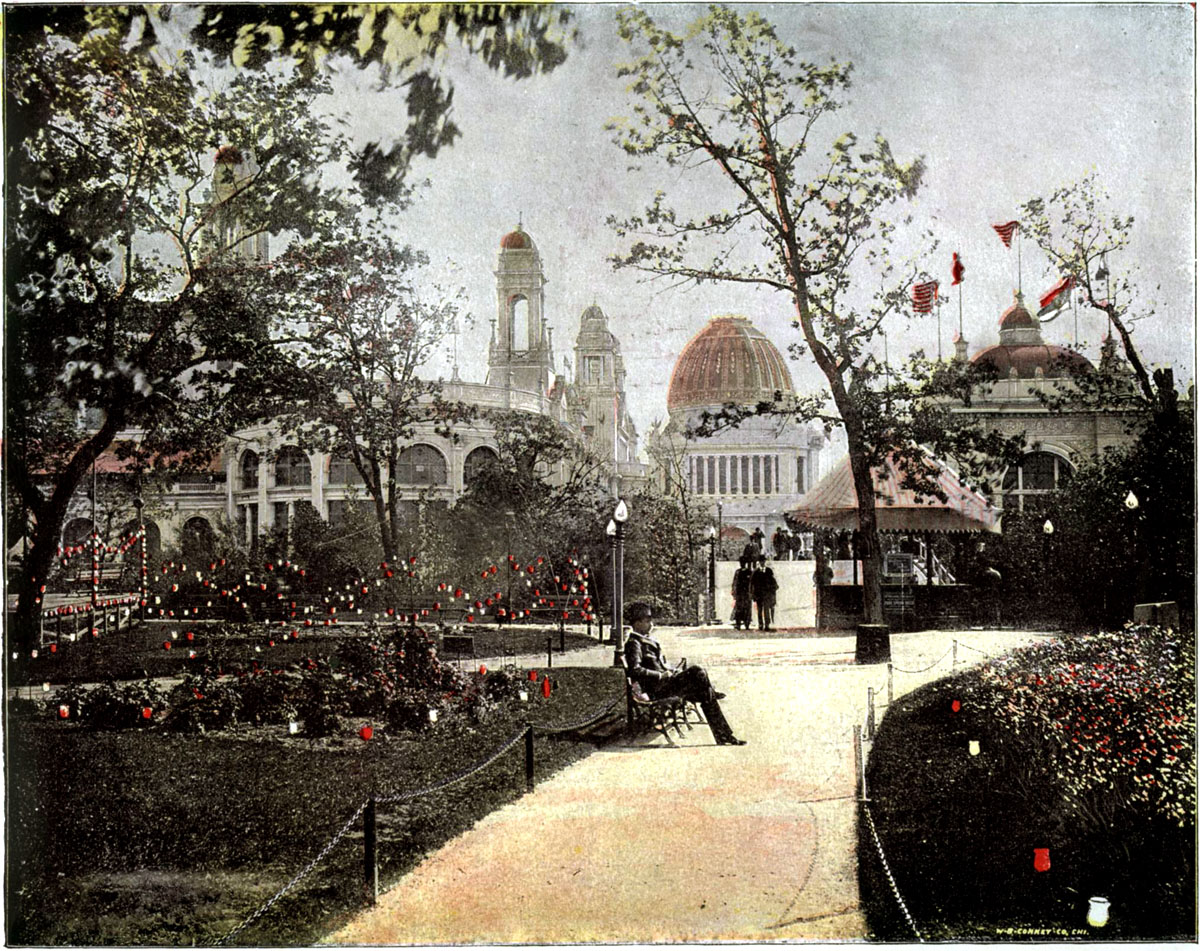 ON THE WOODED ISLAND.—Without the Wooded Island, with its touch of the country, its wonderful flowers and shrubbery and winding walks, and cosy nooks and quaint Japanese houses of the past, the Fair would have lacked one of its most refreshing and interesting features. Charming alike to the naturalist, the couples who liked to wander by themselves, the student or the mere lover of the beautiful, was the island which added such variety to the scenery of the vast inclosure. The flora, transplanted from a thousand different and distant places, seemed to thrive here as at home, and nature seemed assisting man to make the whole as nearly a perfect thing as possible. And man certainly did his own part exceedingly well. He utilized what nature gave to the greatest advantage and added numerous improvements of his own which were in admirable taste. The view which appears above is but a bit, just the extreme southern end of the island where it is connected with the mainland by a tasteful bridge. There appears the broad way leading up to the Administration Building directly in front, with the Electricity Building showing partly on the left and a corner of the Mining Building on the right. The very spirit of the island’s atmosphere is caught in the illustration, the flowers, the shrubbery, the sturdy trees and the fairy lamps which gave such brilliancy to the night scene, are all depicted just as they were. The spot was one of the most charming on the Island. 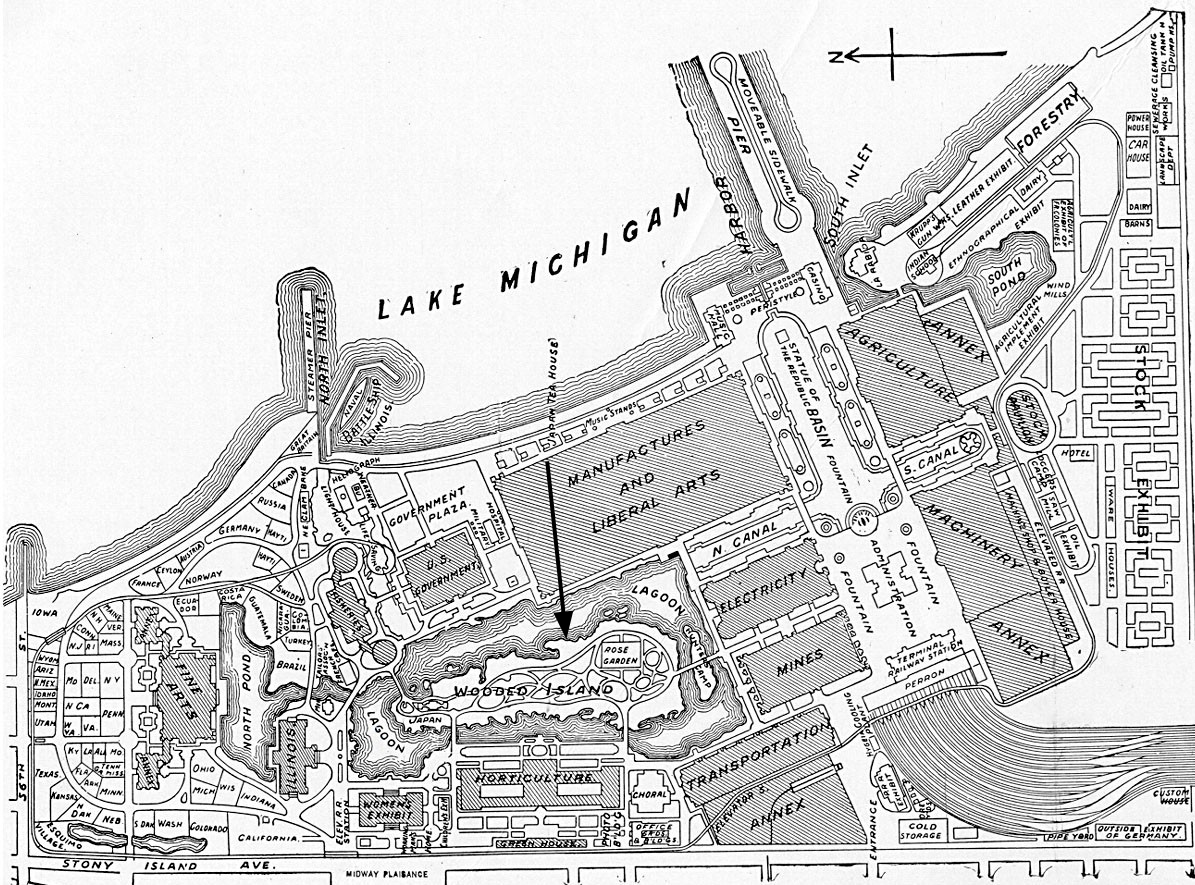