Book of the Fair, H.H. Bancroft

From the national administration let us turn to the administration of the Fair, though in the latter department there are no exhibits, properly so-called, except for the building itself, which has justly been termed “the crown of the Exposition palaces.” When, by a member ot a foreign legation, the remark was made, already quoted in those pages, that “the Chicago buildings are what we expected to see in Paris and those of the Paris Exhibition what we should have expected to see in Chicago, Ins meaning was probably somewhat as follows. In Paris, the home of art, the architects of the last of her great Worlds Fairs gave little more than commonplace effects, with an eye rather to convenience than structural beauty, while Chicago, the acknowledged type of industrial progress, but where as her rivals said, art found no abiding place has far outstripped the Parisian display in artistic and scenic design. From the latter was expected, at least by foreign visitors, merely the exigencies of modern exhibitions was found instead the most refined and harmonious of a scale and with such skill and taste as in its entirety has never before been witnessed in Exposition Architecture.

While in the five great structures that surround the main court we have the most striking of all the architectural effects, nowhere do we find among them more perfect elaboration and harmony of composition than in the Administration building. Yet in none of the larger edifices were their structural problems more difficult of solution; for, adjacent as it is with the railroad terminus, here is the principal entrance-way to the grounds, and through its porches, through its spacious and majestic interior, the visitor may pass into the fullness of glory revealed by the city of the Fair. Covering an area in the form of a square, whose side is 260 feet, the first floor consists in part of four exterior pavilions in the form of wings of equal size, one at each angle of the square, and in the centre of their facades a wide recess, where are the grand entrances, flanked with emblematic statuary. These are of the Doric order, with Hat terraced roofs, surrounded with balustrades, and adorned with statuary at their outer corners. In the interior of the building is a rotunda of octagonal shape, forming the principal motif of the plan, its arched walls surmounted with a frieze nearly thirty feet wide, an d covered with sculptures in low relief. Within this hall neither nave nor transept interferes w ith the unity of the composition, nor is there anything to obstruct the view from the floor to the over-hanging dome. 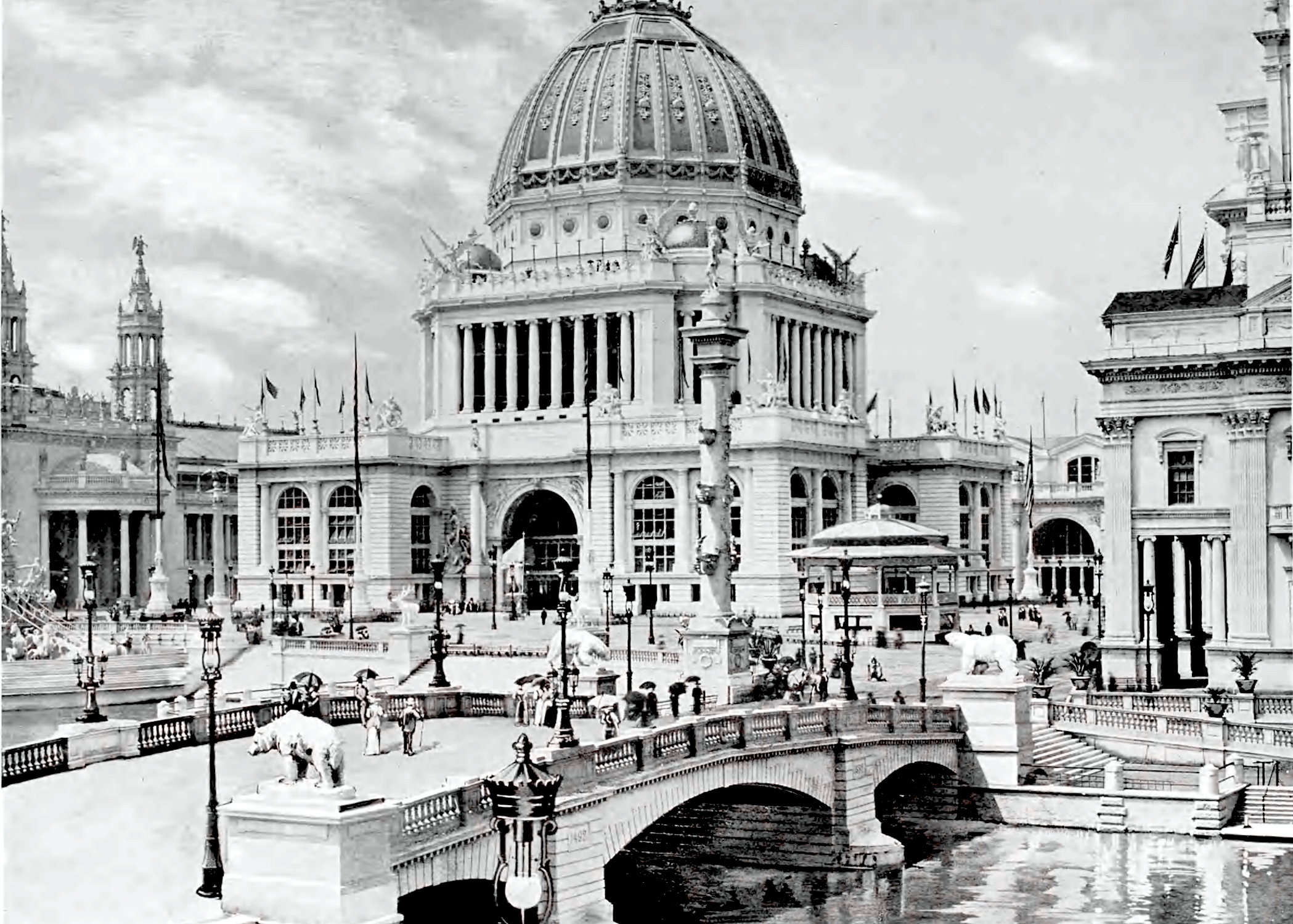 On the second story the octagonal structure rises above the pavilions, standing forth boldly against the sky, and asserting itself as the dominating feature of the design. With a height of some fifty feet, this story is of the Ionic order, and with an open colonnade on each of its faces, the pillars of which are forty feet high and four in diameter. Above the pavilion, and resting on the floor of the gallery in which the story ends, are domes flanked with the heroic statuary in which the artists of the Fair delight. From this floor rises the base of the central dome, which is thence continued in soaring lines to the apex, towering far above the loftiest of the adjacent temples, its gilded surface displaying, for a radius of two-score miles, the location of this monumental vestibule of the Exposition.

In structure this dome resembles, as I have said, that of the Invalides, but is more than forty feet higher, and more than fifty above that of the national capitok In diameter it is larger than any that have yet been fashioned, with the single exception of the dome of St Peter’s. Within it is an interior dome, nearly 100 feet less in altitude, and at its apex an opening fifty feet wide, through which the vault above appears like the concave arch of another sky. Thus light is admitted to the great rotunda, while its inner ceiling is not so lofty as to impair the architectural effect.

The Administration hall was intrusted to Richard M. Hunt, with whom in former years w associated, as pupils or assistants, several of the Fair artificers. Says one who has made a thorough study of his design, and of the plans on which all the main build¬ ings were formulated: “In his decorative treatment of the problems thus evolved Mr Hunt has exercised a fine spirit of scholarly reserve. The architectural language employed is simple and stately, and the com¬ position as a whole is so free from complications, its structural articulations are so frankly accentuated, that it is easy to read, and, being read, cannot fail to surprise the most unaccustomed mind with a distinct and veritable architectural impression. We have said that this edifice was intended to introduce the visitors to the Exposition into a new world, As they emerge from its east archway and enter the court, they must, if possible, receive a memorable impression of architectural harmony on a vast scale, To this end the forums, basilicas, and baths of the Roman empire, the villas and gardens of the princes of the Italian renaissance, the royal court-yards of the palaces of France and Spain, must yield to the architects, in that new world which is the old, their rich inheritance of ordered beauty, to make possible the creation of a bright picture of civic splendor such as this great function of modern civilization would seem to require.

The decorative features of the Administration building are no less worthy of com¬ mendation than is the building itself. Far up on the frescoed walls and between the grand arches of the rotunda, are panels on which are imprinted in gilt letters the names of the principal countries represented at the exposition. Above the arches and the carved moulding which surmounts them are inscribed on other panels some of the great discoveries and events of the past and present centuries, with the names of prominent discoverers and inventors, on a higher border of moulding, over a row of small latticed windows. Above these are portrayed in plaster medallions the various types of women, among the leading nations of earth. Near the summit of the interior dome are groups of statuary, in each of which the central figure is a woman in the act of crowning with a wreath one to whom honor is due. Over one of these figures are the letters W. C. E., and in front of it, in kneeling posture, the typical exponents of science, industry, literature, and art. 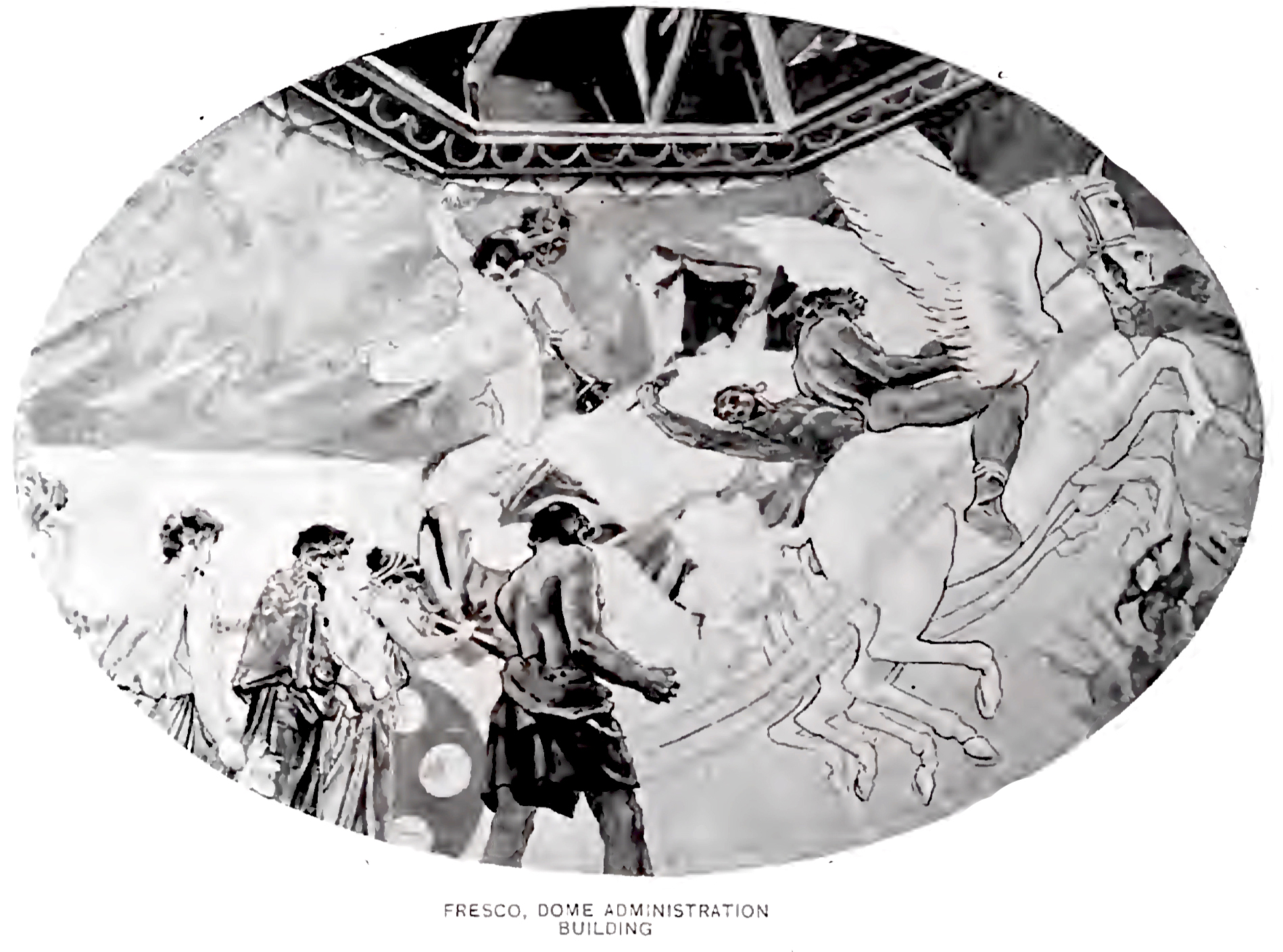 But it is on the outer dome that one of the youngest of the Exposition artists, though a medallist of the Paris Exposition and the American Art Association has given us the gem of the decorative scheme. While the largest ot all the decorative paintings of the Fair, so perfect is its execution that, as with the Fair itself, its monumental proportions are veiled by its symmetry ot design. Here Apollo sits enthroned, and before him kneels a warrior on whom he is conferring the wreath of victory. Others are ascending the broad stairway of this Olympian dais, and around the entire vault extend in unbroken procession the favored representatives of the peaceful arts. Over a model of the Parthenon, drawn by four winged steeds, female figures are raising the canopy of its amphitheatre.

Of sculpture there are twenty-eight groups in all, with many single figures and bas-reliefs. On the sides ot and above the entranceways are those which represent the four elements—earth, air, water, and lire—and at the corner pavilions, such as arc typical of patriotism, religion, charity, diligence, and other qualities and tendencies of the human race, with special regard to American characteristics. Flanking the cupolas at the base of the dome are groups allegorical of the highest development attained by man, whether in culture, industry, or commerce, science or art, peace or war. In these are winged female figures, with boys proclaiming in trumpet tones the symbolic language of the theme. 1 hus is also relieved the severity of the structural design.

As to the several branches of the administration bureau, with their various functions and operations, little remains to be added to that which has ahead been said in this connection. Here during the formative period of the Exposition, were the headquarters of its various departments, afterward removed to the rooms set apart for them in the home of the Fair, the post-office, for instance, being now in the Government building, and so with the rest. Neverthe¬ less there are features still remaining that arc worthy of passing mention, bust of all there is a branch of the bank of the Northern Trust Company of Chicago, for the care of deposits, the purchase and sale of foreign and domestic exchange, and for telegraphic and cable transfers. This was established at the solicitation of President Higinbotham, soon after the suspension of the Exposition branch of the Chemical National bank, on which occasion the entire sum deposited by exhibitors, amounting to some $75,000, was made good by the directors and their associates. “The good name of Chicago,” said the president, “cannot afford to be smirched by such a small matter as $75,000. If the sum were ten times that amount, it would be raised bv the business men of the city.”

Statuary of the Administration Building. 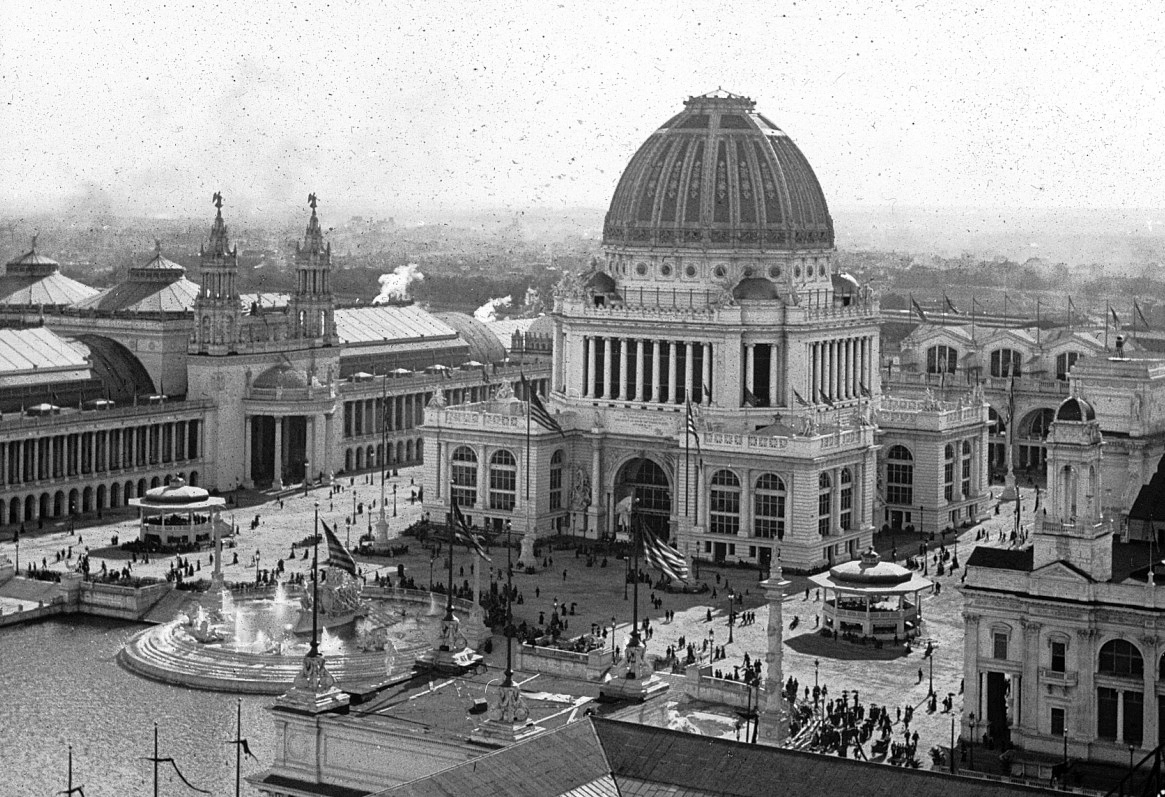 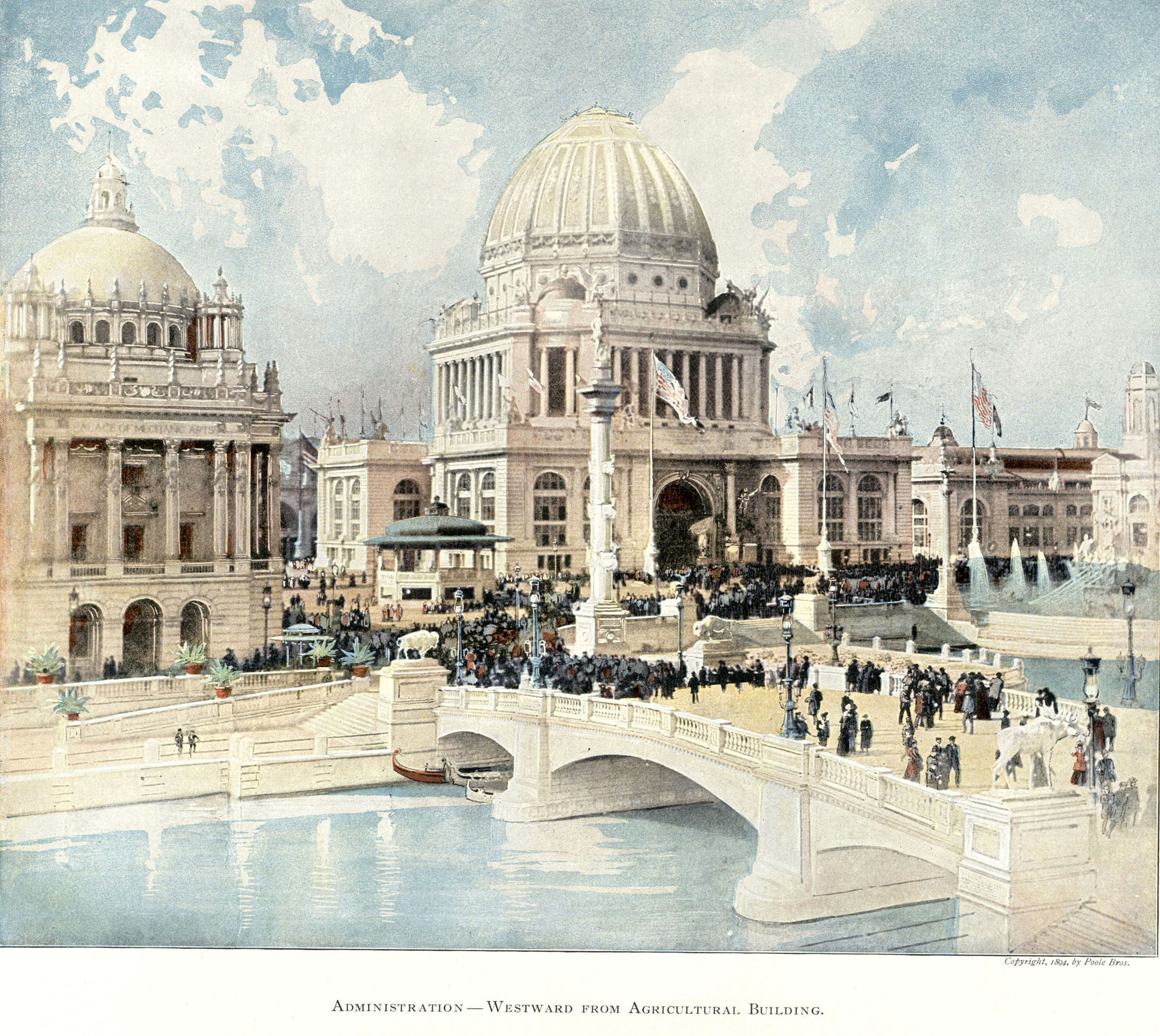 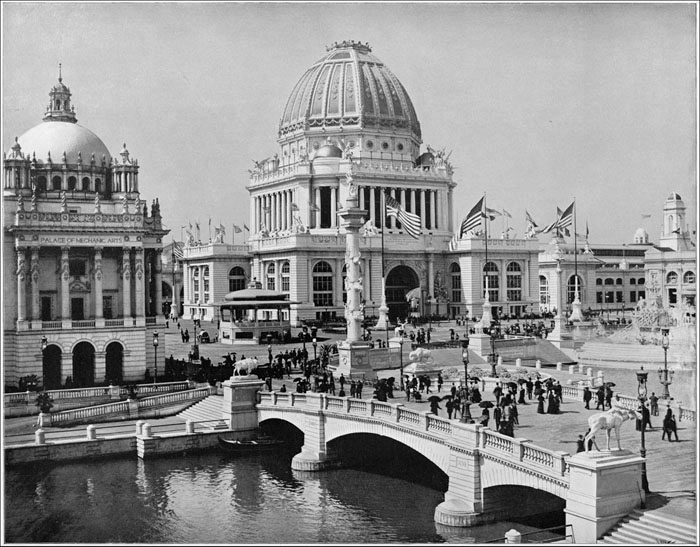 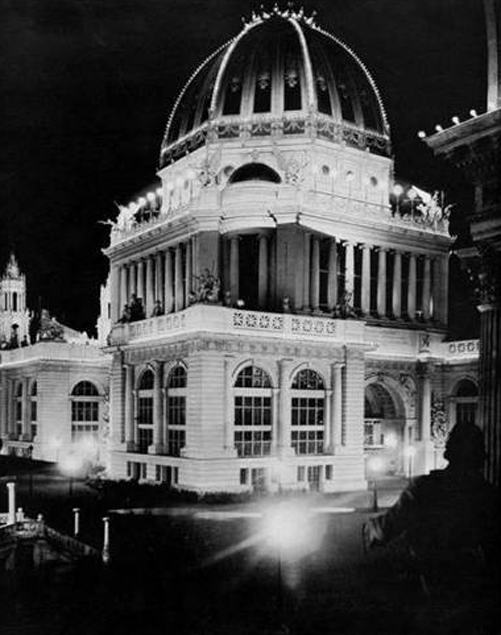 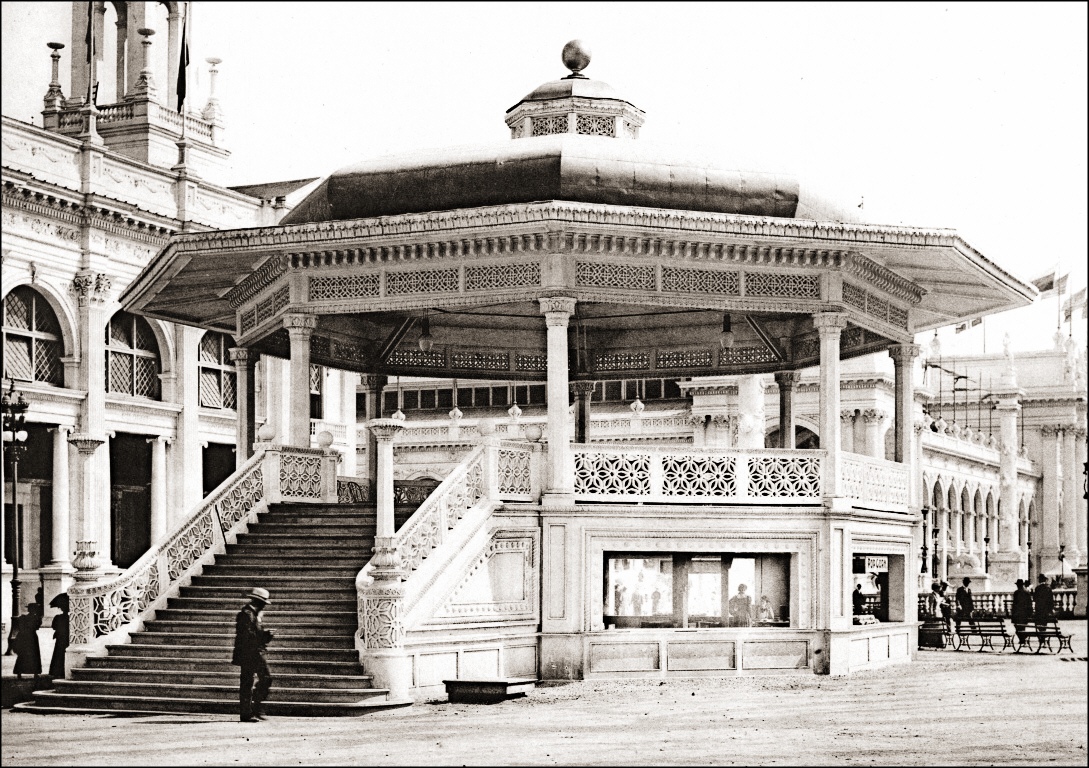 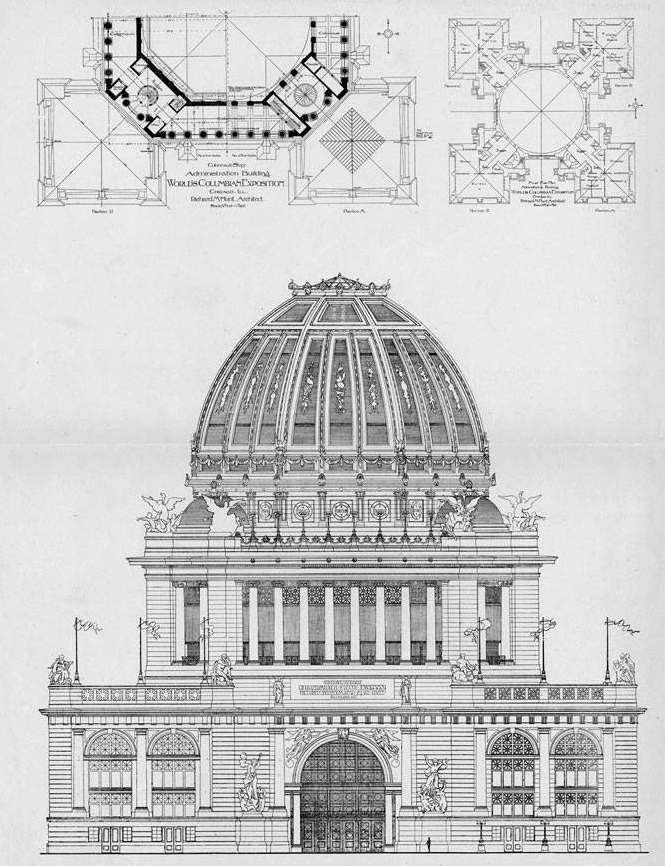 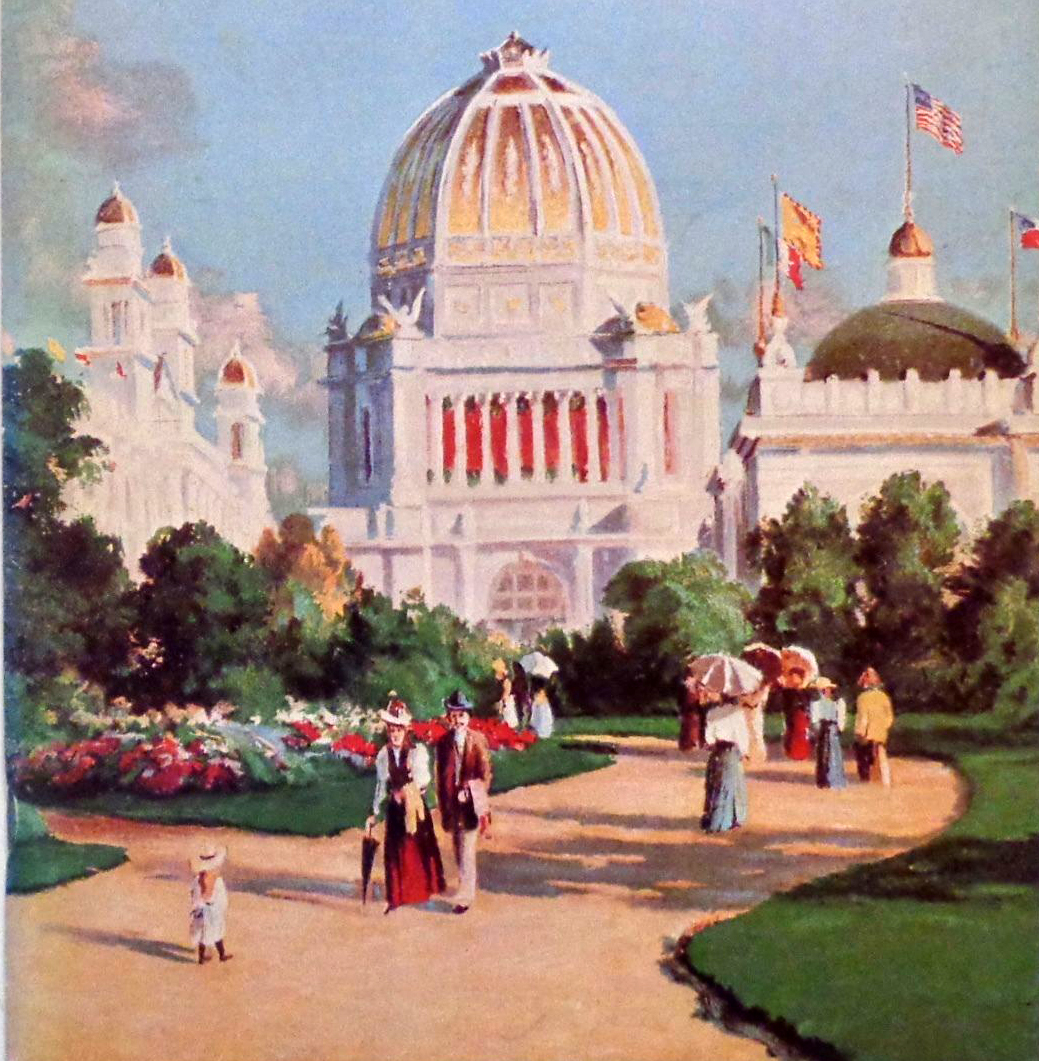 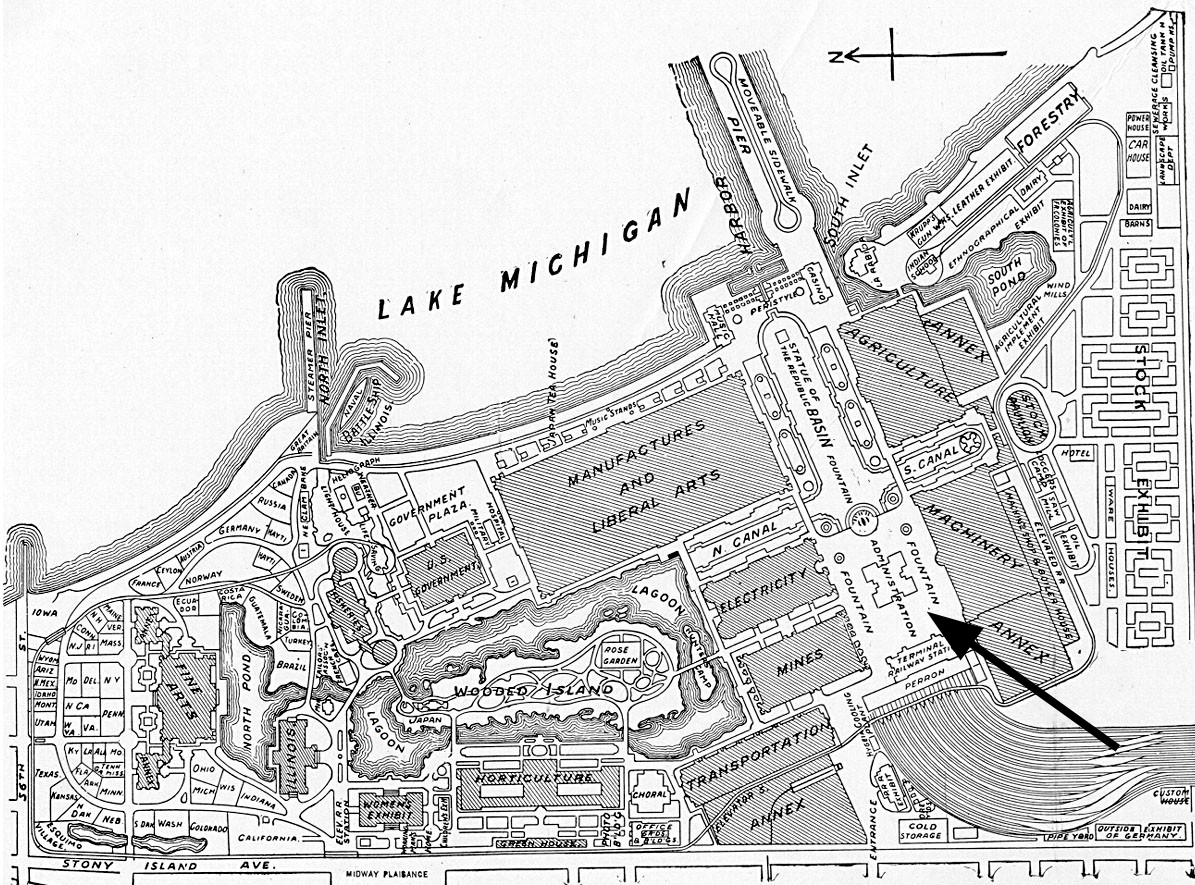