Beyond this section and in the extreme northeastern corner of the building, are the wire goods, ranging from a strand as fine as silk to massive bridge ropes and submarine cables. The exhibit of a Trenton company is on an imposing scale, illustrating connection with such undertakings as the construction of bridges, cable railways, and various submarine lines. A specimen of the street cable used in New York, one and a half inches in diameter, is wound on a frame, and there are four sections of the wires used in the Brooklyn bridge. Coils of submarine cables, and all apparatus pertaining to such systems as are mentioned above, form a foreground to a painting of the New York and Brooklyn bridge, whose builder lost his life in its construction. Upon a stand in front of the bridge is the model of a ship with tackle of wire. 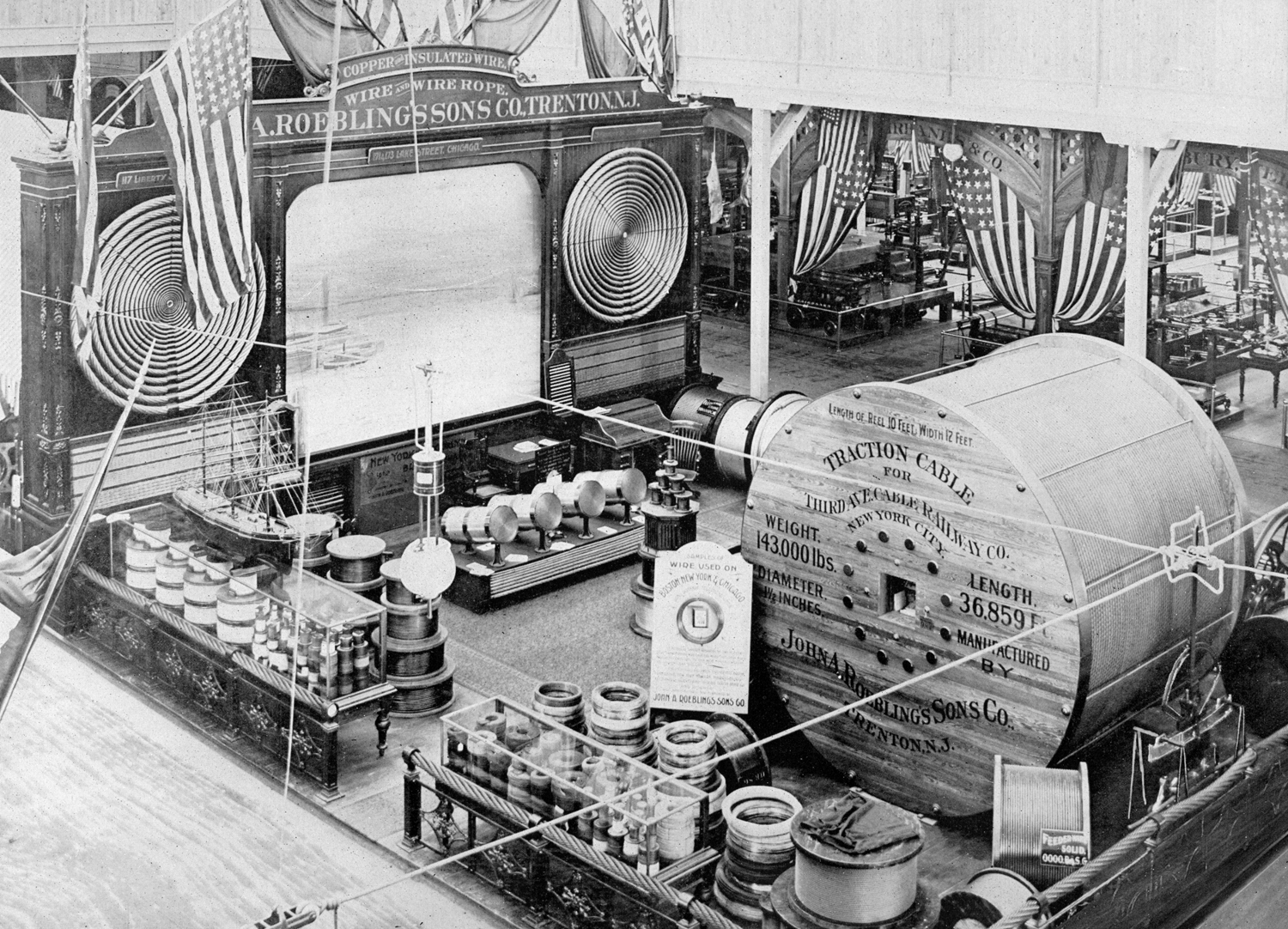