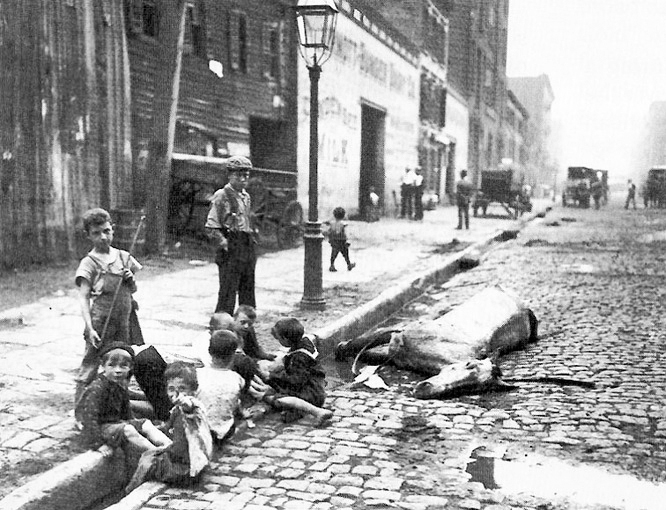 Outside the White City
Chicago, 1893

Much of Chicago’s industry centered on its great stockyards and meat-processing plants. The smoke, stench, and filth surrounding the packing operations drove many of the well-off to the cleaner suburbs, while those who labored in the yards continued to live nearby.

Many sections of the city not directly affected by the stockyards were also dirty, smelly, and unsafe. Garbage was dumped in the streets, and corpses of animals were left to rot. The water supply was notoriously unhealthy; hundreds of people, particularly children, died of cholera and other preventable diseases every year. The fair organizers were so afraid of a cholera outbreak among fair visitors that they built a pipeline to bring in clean water from Waukesha, Wisconsin, more than 100 miles north. The city was characterized by overcrowded schools, hundreds of brothels, filth, and rampant crime.