Group of State Buildings West of the Palace

State buildings at the World’s Columbian Exposition in Chicago in 1893 were utilized to show off the major resources of each state. Promotion of resources at the Fair was intended to create new channels of trade and display goods to new potential markets. Sometimes, even the structures of the buildings themselves were giant advertisements for a state’s major resources. The interior of the Maine Building was constructed of marble from the state’s own quarries and included a large marble fountain. The roof of the Pennsylvania Building was covered with Philadelphia tin, and the walls were made from Philadelphia pressed brick. Almost all of the materials used to construct the Delaware Building were transported all the way from their native state to Chicago. Many states designed their buildings in representative architectual styles or modeled them to look like famous buildings from their state. Idaho, for example, rather then erecting an elaborate building like many of the older states, attempted to portray the state’s relative newness as an advantage by constructing a more rustic style state building. 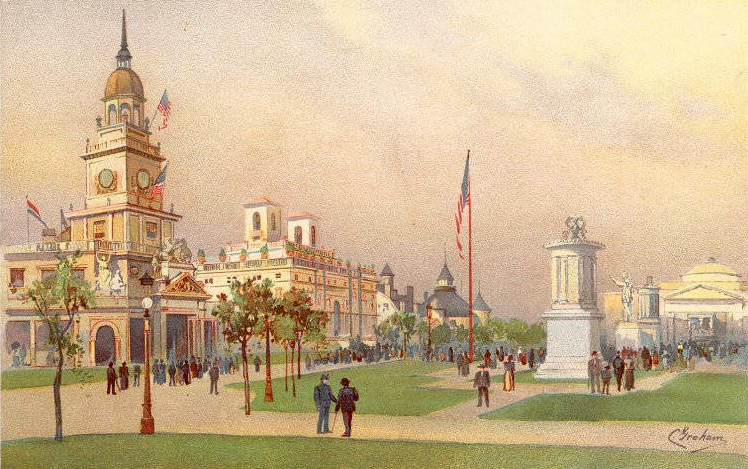 Among the State Buildings
Watercolor by Thomas Moran 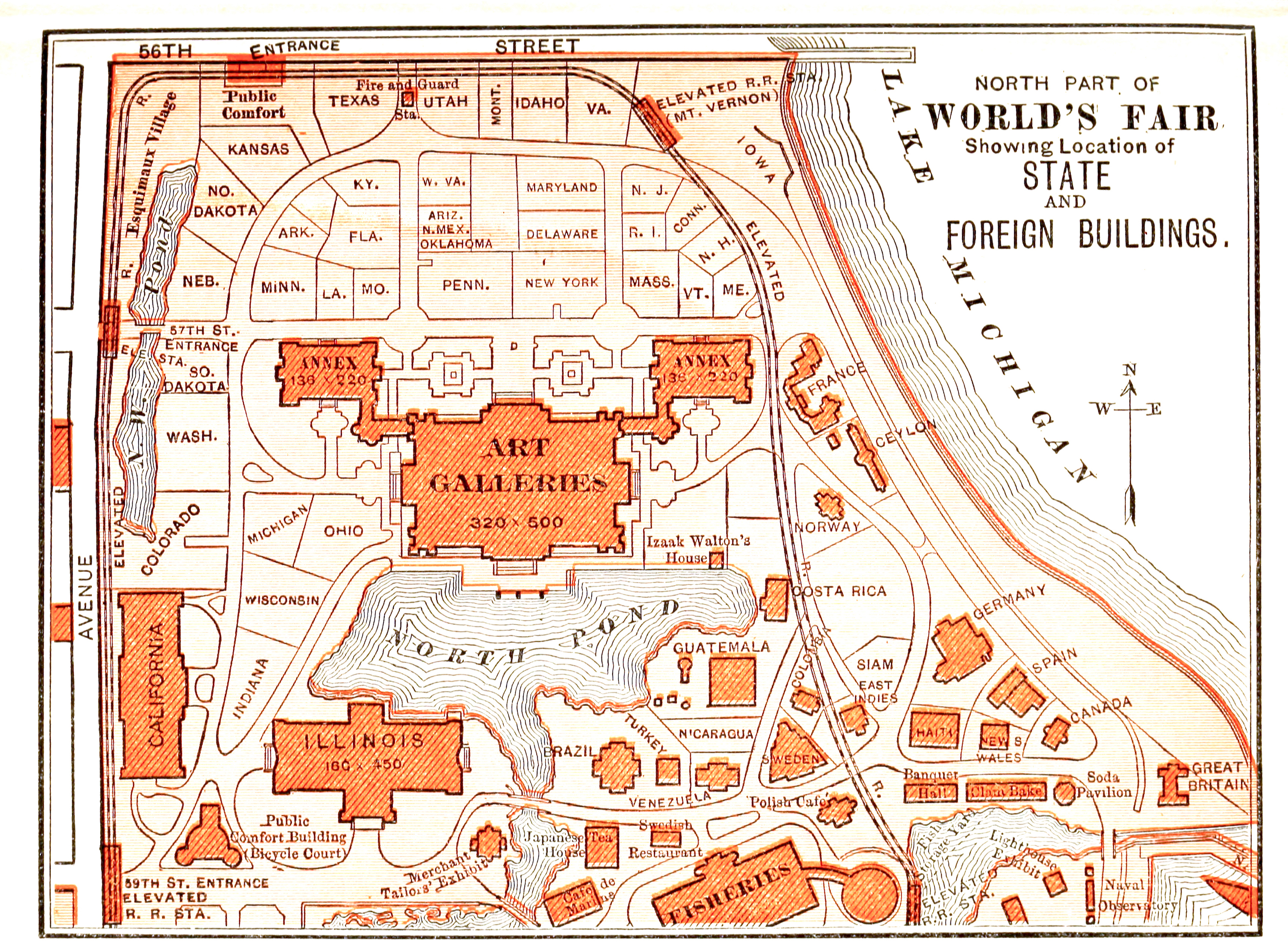