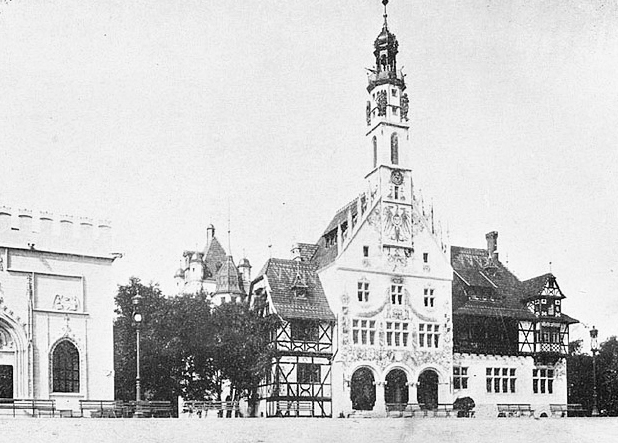 THE GERMAN BUILDING.—Making a fine showing in nearly all departments of the Columbian Exposition the German Empire excelled in its official building. Facing the lake, where its character could be fully appreciated, the structure compelled the unstinted admiration of the visiting world. The ground area occupied was one hundred and fifty by one hundred and seventy-five feet and the cupola rose to the height of one hundred and fifty feet, the total cost of the building being a quarter of a million dollars; but it was not its dimensions nor cost, but the novelty and charm of its form and coloring which attracted attention. It was a poetical edifice, one telling, in a way, the story of the Fatherland, with a richness of coloring and ornament which was as historically and artistically correct as it was picturesque. In the belfry was a chime of bells, with the sweet sounds of which visitors to the Fair became familiar, and which, after the Exposition’s close, were returned to the Church of Mercy, in Berlin. The main portion of the interior was in simulation of a chapel, its furnishings corresponding with the idea, while apart from this a host of historical and charming objects increased the merit of the interior. There were valuable displays of books, and the visitor could gain in this building information of the greatest interest. The structure was solidly built and may remain a permanent feature of the park. 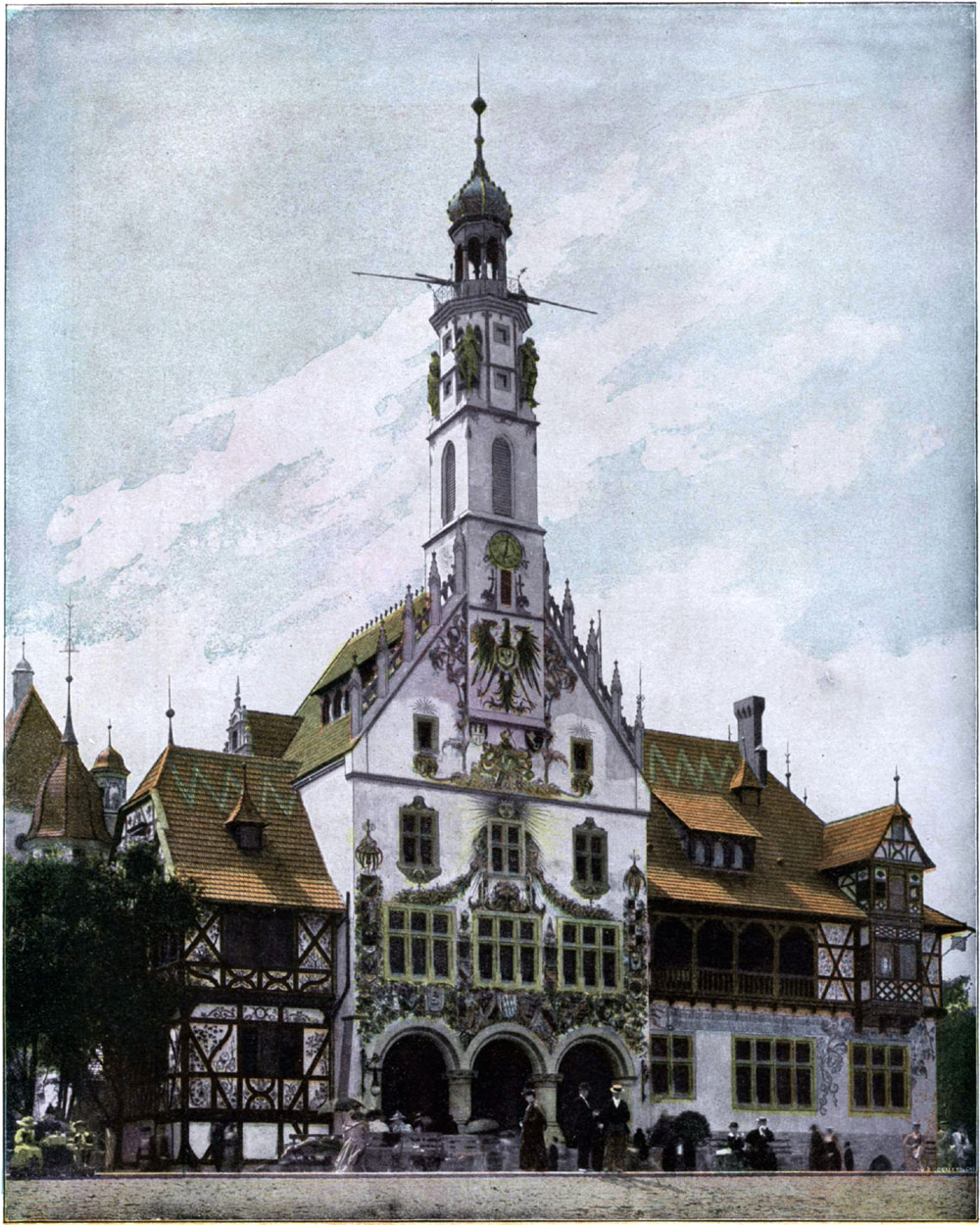