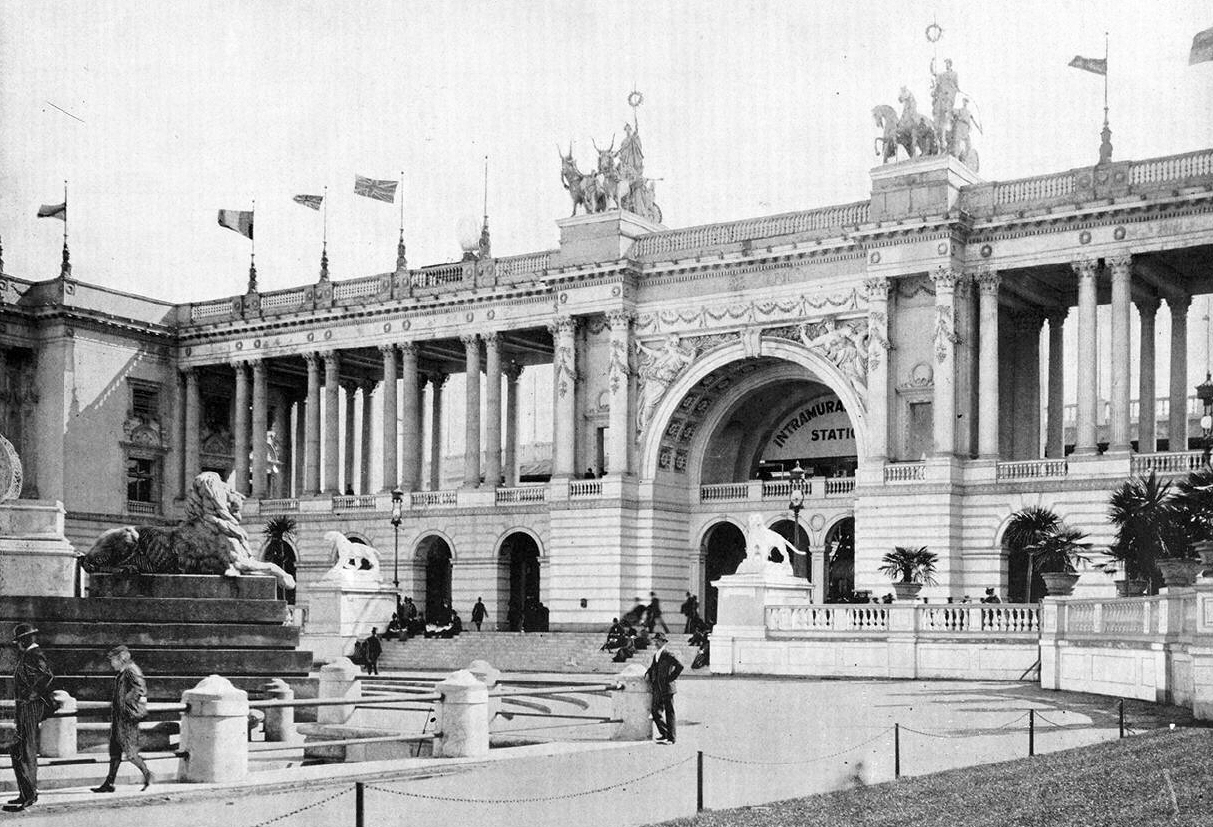 Southern Colonnade
The archway offered an entrance to the amphitheatre in which were displayed the world’s thorough-bred beasts, and a station of the Intramural Railroad offered to those visitors who stopped at this point not only the greatest vista of the exposition, but, at night, an advantageous point from which to remark the play of rainbow-lights on sparkling waters, and the other illuminations which elicited the praise of mankind. The architect of the Colonnade was C. B. Atwood, of Chicago.