THE MACHINERY HALL, of which Peabody & Stearns, of Boston, are the architects, has been pronounced by many architects second only to the Administration Building in the magnificence of its appearance. This building measures 8?0 by 500 feet, and with the large Machinery Annex and Power House, cost about $1,200,000. It is located at the extreme south end of the Park, midway between the shore of Lake Michigan and the west line of the Park. It is just south of the Administration Building, and across a lagoon from the Agricultural Building. The building is spanned by massive arched trusses, and the interior has the appearance of three railroad train-houses side by side, surrounded on all four sides by a gallery 50 feet wide. The trusses are built separately, so that they can be taken down and sold for use as railroad train houses. All of the buildings on the grand plaza are designed with a view to making a grand background for display, and, in order to conform to the general richness of the court and add to the striking appearance, the two facades of the machinery hall on the court are rich with colonnades and other features. The design follows classical models throughout, the detail being followed from the renaissance of Seville and other Spanish towns, as being appropriate to a Columbian celebration. An arcade on the first story admits passage around the building. The exterior of the building is in staff, colored. 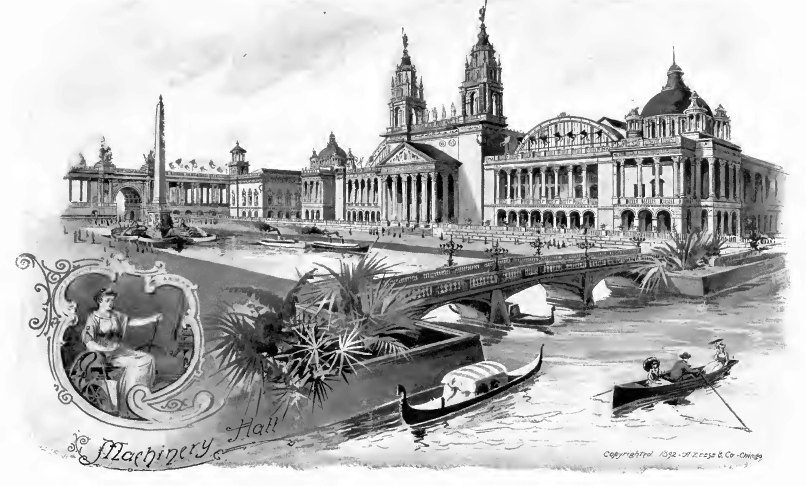 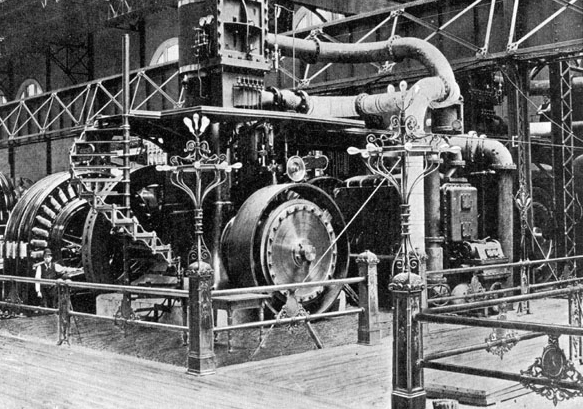 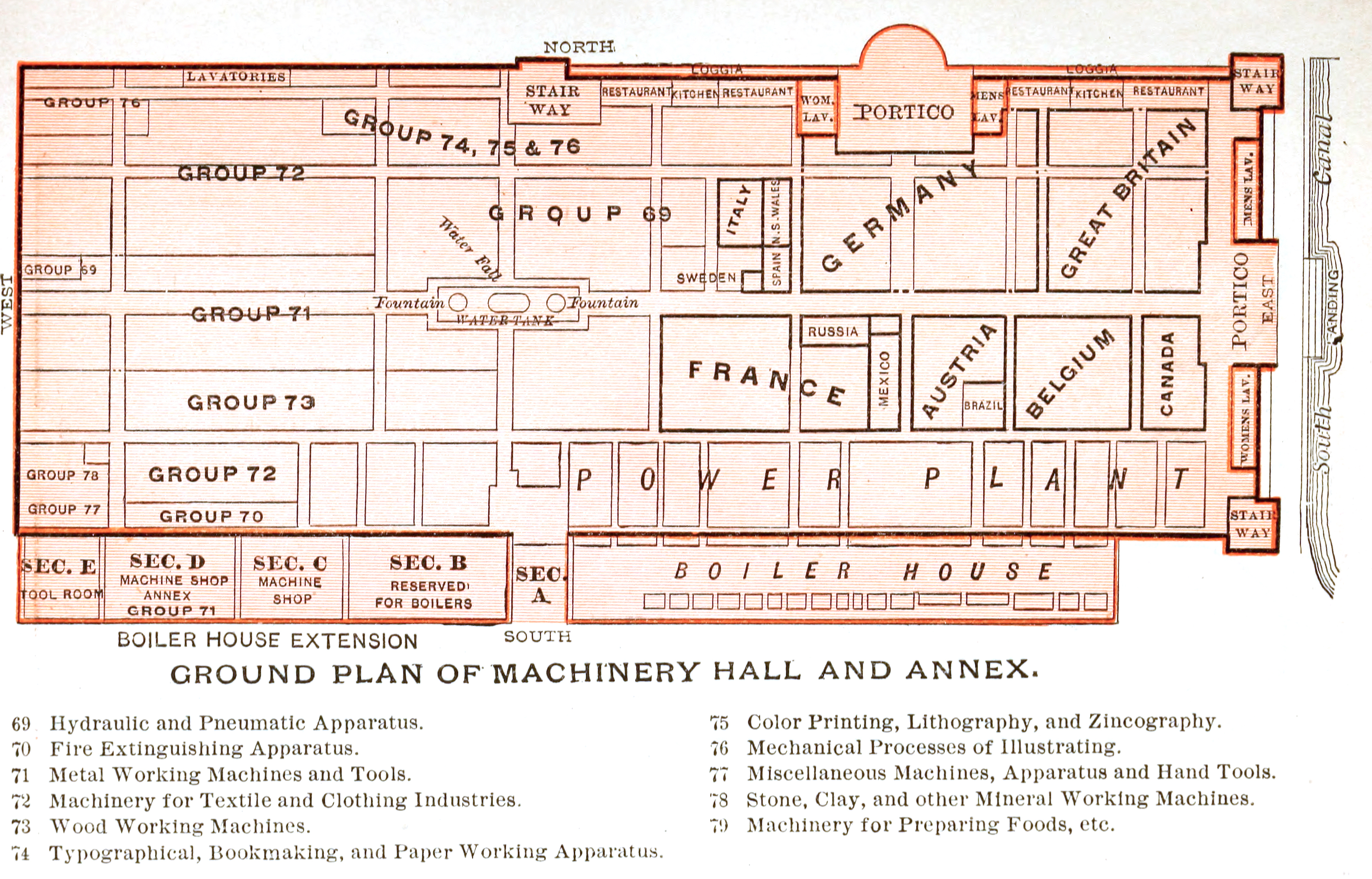