We propose to publish, in Monthly Parts, an Illustrated History of Chicago,—that is, a history of the more important and striking evidences of the City’s improvement and enterprise.

This work will consist of twenty-five part, each number will contain at least four tinted Lithographic Views of the Public Buildings, Churches, important thoroughfares, of the River and Harbor, of the Lake Park and Grand Central Depot, and other objects and points of interest. These Views, one hundred or more in number, will afford a comprehensive picture of this marvelous city. With the last number will be given a “General View of the City.” Each picture will be accompanied with a brief but comprehensive Letter Press description of the scene or the building illustrated. The Lithographs will be executed from Original Drawings, by the Chicago Lithographing Company, who have been employed by us expressly for this Work, and whose reputation as artists stands equal to that of any of the profession in this country. They will, in point of artistic execution, equal any publication of the kind ever made in the United States.

Descriptions of the Literary Work will be prepared by James W. Sheahan, Esq., of this city. The first number will be executed in January, 1866:

A limited number only will be published, and subscriptions, and orders for the Work can be addressed to us at our establishment, where further information can be obtained.

In 1865, Otto Jevne and Peter M. Almini joined with three lithographers, Louis Kurz, Otto Knirsch, and Edward Carqueville to form the Chicago Lithographing Co. Kurz drew and lithographed the prints for the ambitious Jevne and Almini portfolio, entitled Chicago Illustrated. The text was written by James W. Sheahan, a former Democratic newspaper publisher and journalist who worked for the Chicago Tribune. Sheahan also was the co-author of the 1871 book, History of the Great Conflagration-Chicago, Its Past, Present & Future. 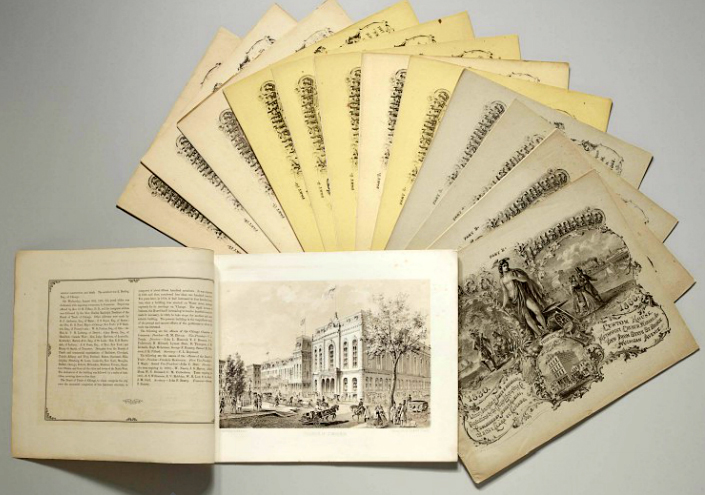 A complete set of all 13 published issues of Chicago Illustrated.

Raoul Varin’s engravings were published by A. Ackermann, Paris, France in the late 1920’s and were simply enlarged renderings, in aquatint, of the Jevne and Almini subjects. The Varin aqauaprints are delicately executed, beautifully colored views of Chicago. About thirty-one Varin prints were produced from the Kurz paintings.

Raoul Varin’s engravings were published by A. Ackermann, Paris, France in the late 1920’s and were simply enlarged renderings, in aquatint, of the Jevne and Almini subjects. The Varin aqauaprints are delicately executed, beautifully colored views of Chicago. About thirty-one Varin prints were produced from the Kurz paintings.

Comparison of an original Chicago Illustrated lithograph print versus a Raoul Varin Aquaprint. 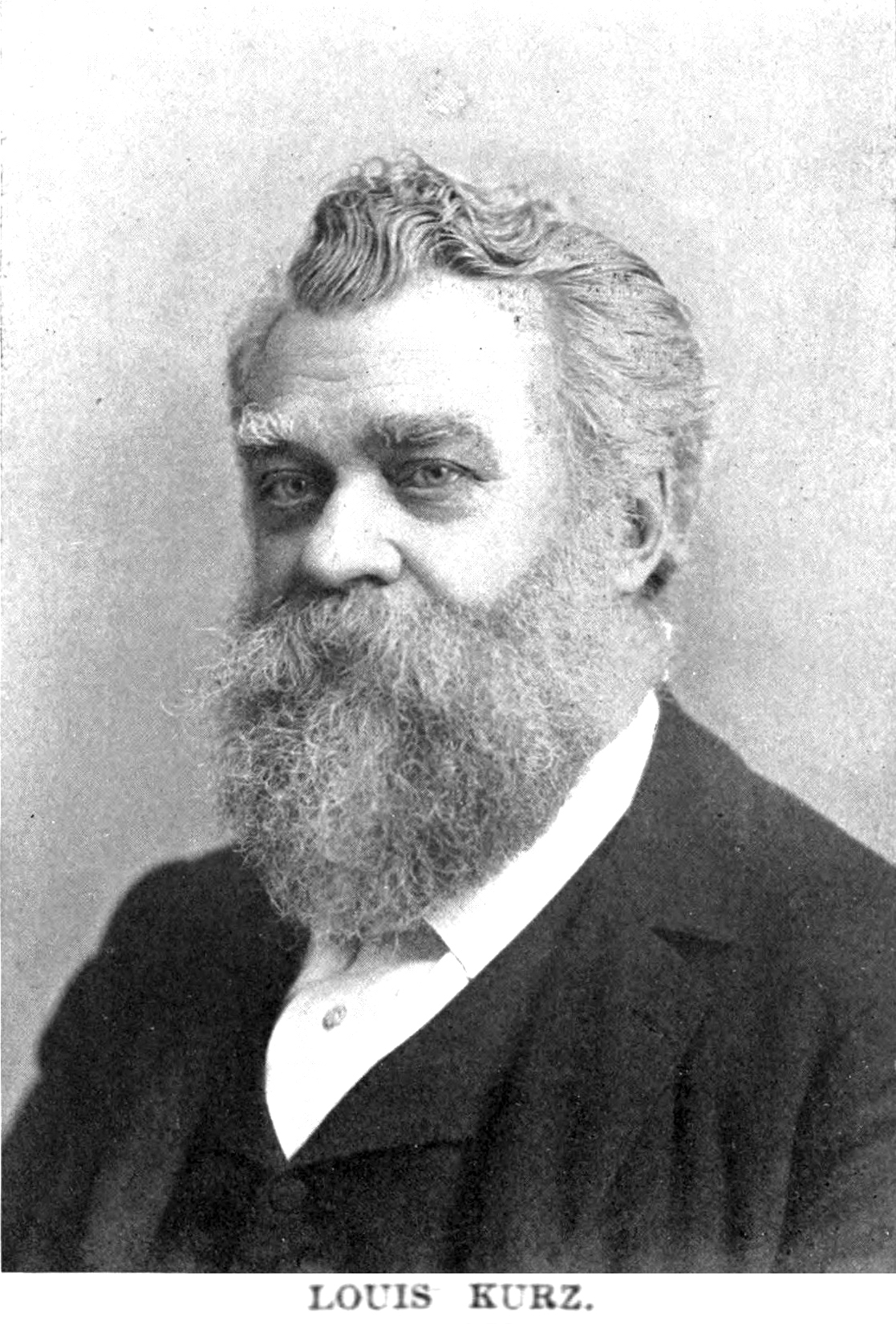 Louis Kurz, 87 years old, well known artist and painter of church paintings, died at his home at 2141 North Clark street early Monday morning. Mr. Kurz, who was one of the founders of the Art Institute, came to Chicago in 1852. He founded the lithograph house of Kurz and Allison (Milwaukee). Mr. Kurz was a friend of Logan, Lincoln, Grant, and Longfellow. During the civil war Lincoln asked him to make sketches of the battlefields and his pictures were the first to be issued after the close of the war.

“Washington’s Entry Into Trenton” was one his famous historical paintings.

Mr. Kurz is survived by four sons and three daughters. The funeral will be tomorrow afternoon, at 2:30 o’clock, from the undertaking rooms at 2701 North Clark street.

[May 29, 1921] At a bargain, owing to the death of Louis Kurz, the business known as Kurz & Allison must be sold immediately; stock 400,000 pictures of 700 varieties, comprised of portraits, battle scenes, landscapes, religious and miscellaneous; also 365 lithographic stones for reproduction with copyright and the list of customers; 180 oil paintings; including originals by Peyrand and others; including Kurz, founder of the Chicago Arts Studio, officially appointed painter under President Lincoln; an elegant opportunity at attractive price. Call at 2202 N. Clark-st. between 8 a.m. and 6 p.m., or telephone Lincoln 775 for further particulars. 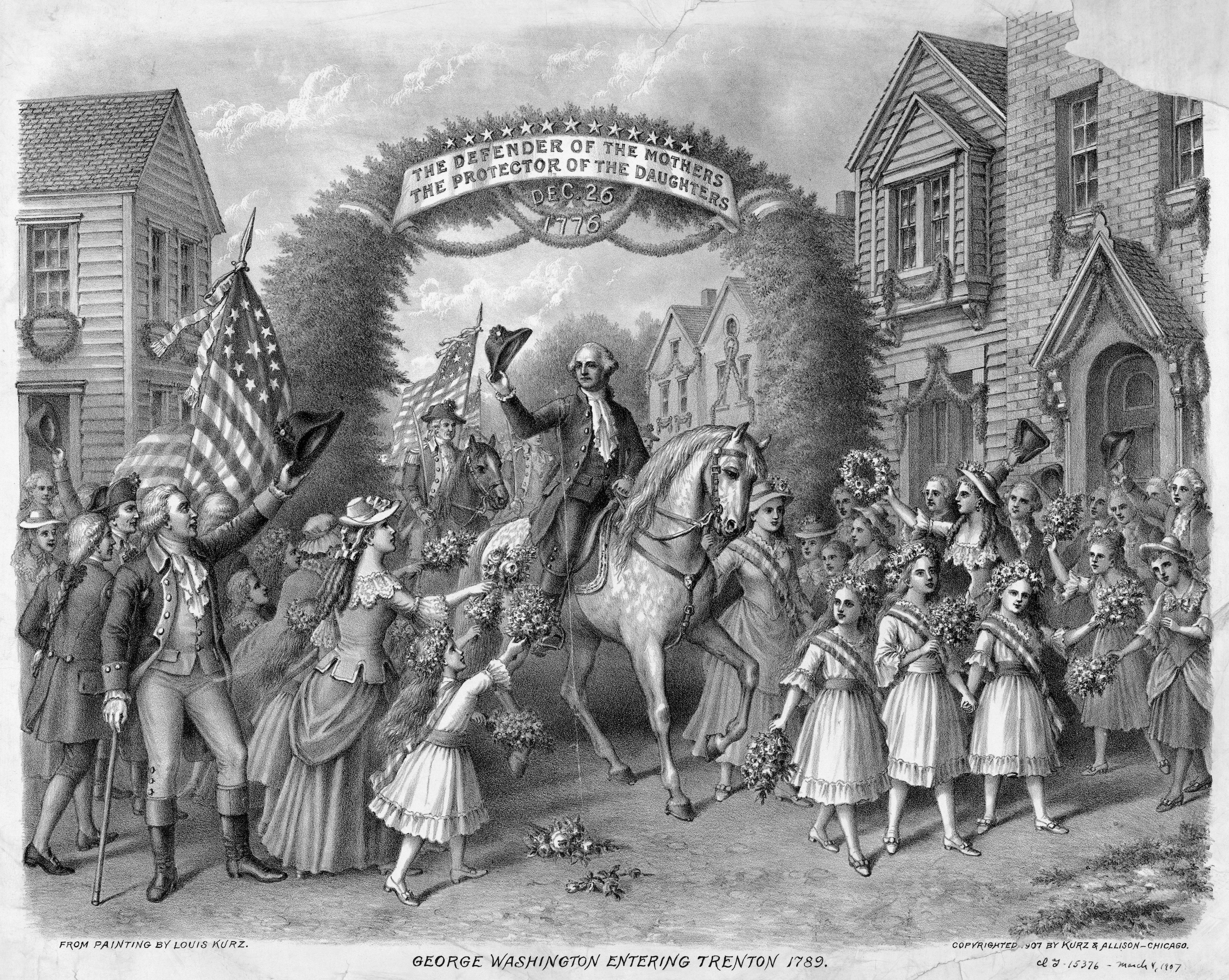