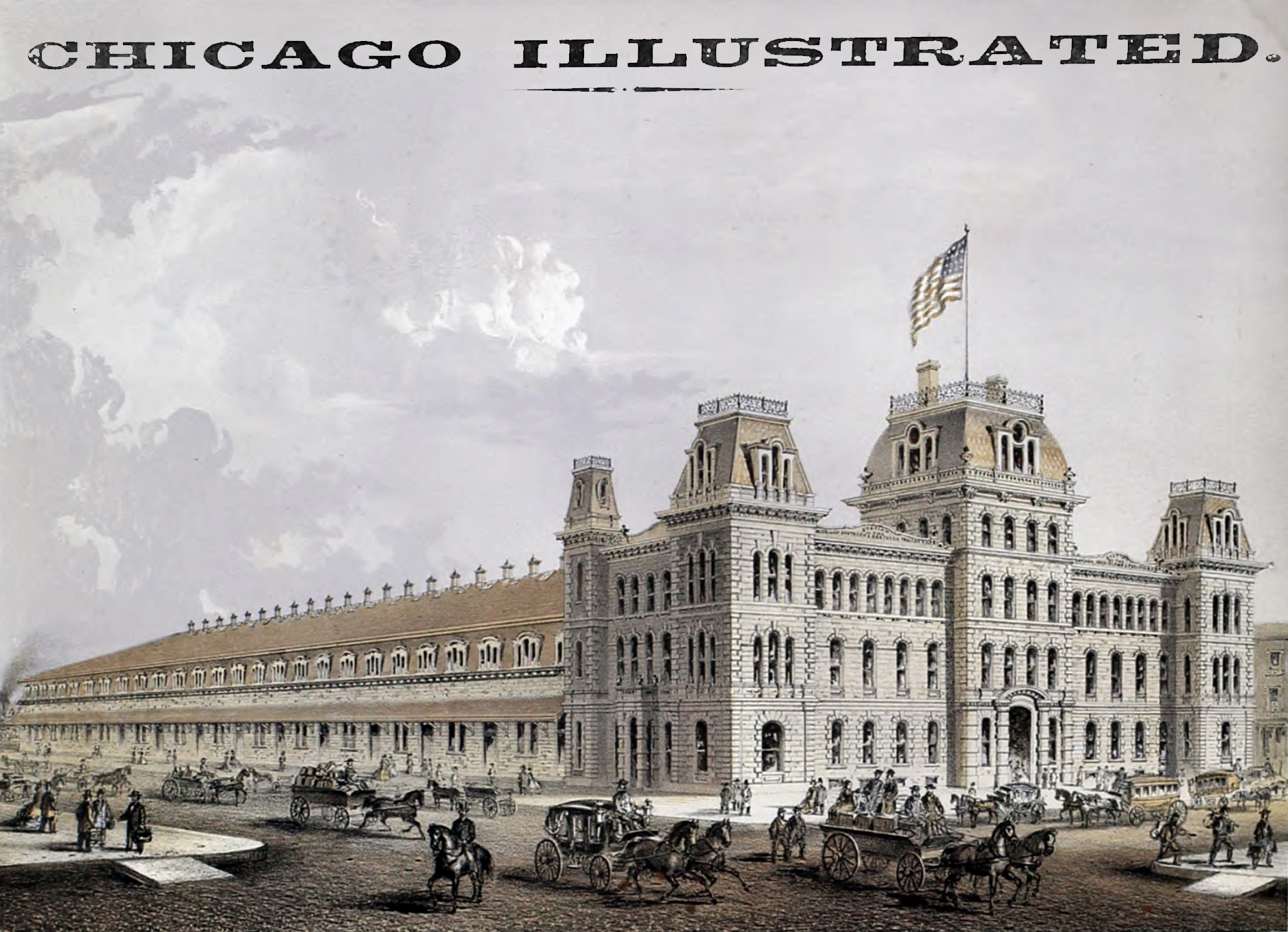 THIS IMPOSING BUILDING was commenced on the 16th of April, 1866, and is now completed. It is of the Franco-Italian style. The building measures 542 feet by 160 feet; these measurements are exclusive of the outside platforms from which are under the general roof-the total width being 180 feet. The central or great roof over the tracks is 132 feet span; the side platforms are 27 feet wide, and the central one 16 feet. There are three tracks for departing trains, and two for trains arriving. The height of the roof is 60 feet from the platforms. The construction of the roof is the Howe Truss, with auxiliary beams above, to give the regular slope for a slate roof. Running along the centre and between each truss is a sky-light and tunnel ventilation. On the sides are French roofs above the walls, and large triplet Dormer windows, the whole giving a clear and cheerful light to the interior. The effect is greatly enhanced by a tasteful and harmonious coloring of the walls and roof. On the west side of the building are a number of rooms for the accommodations of travelers waiting for the departure of trains. These rooms connect with the platform within the depot, and front on Sherman and Griswold streets. Each of the several companies using this depot has its baggage rooms, oil and lamp rooms, conductors’ room, and large waiting apartments for ladies and gentlemen. There are rooms, also, for second class passengers, and emigrants, provided with all conveniences. These several rooms are appropriately furnished. There is also a spacious restaurant and ladies dining room. All the employees of the several roads have their appropriate rooms and offices.

The front of this vast building,-being the part shown in this view,-is in addition to the depot building proper. It is 173 feet wide by 63 deep, amking the entire length of the edifice 605 feet. It is occupied by the official staff of the several railroad companies. There is a central entrance hall, handsomely frescoed and finished. On the east side of this hall are the offices of the Michigan Southern and Northern Indiana Railroad Company. These offices number twenty-three rooms, nine of which are fire and burglar proof. On the west side of the hall are the offices of the Chicago and Rock Island and Pacific Railroad Company, occupying the same number and style of rooms. The several stories are reached by broad flights of stairs, and the building is rendered more complete by an ample supply of bathrooms, closets, etc. From the towers an excellent view of the city can be obtained.

The building has been constructed in the most substantial manner and of the best material; while there might have been more display in the way of ornament, there has been no lack of expenditure to secure for the traveling public every possible security, protection and comfort. Those who have traveled can appreciate the value of comfort, regularity, convenience, cleanliness and order at the depots in large cities, where they arrive and depart almost every hour trains for widely separated destinations. In all that tends to the comfort of the traveler, this depot building is a model of elegance and order.

The building is warmed and ventilated by Baker & Smith’s low pressure Steam Generator. 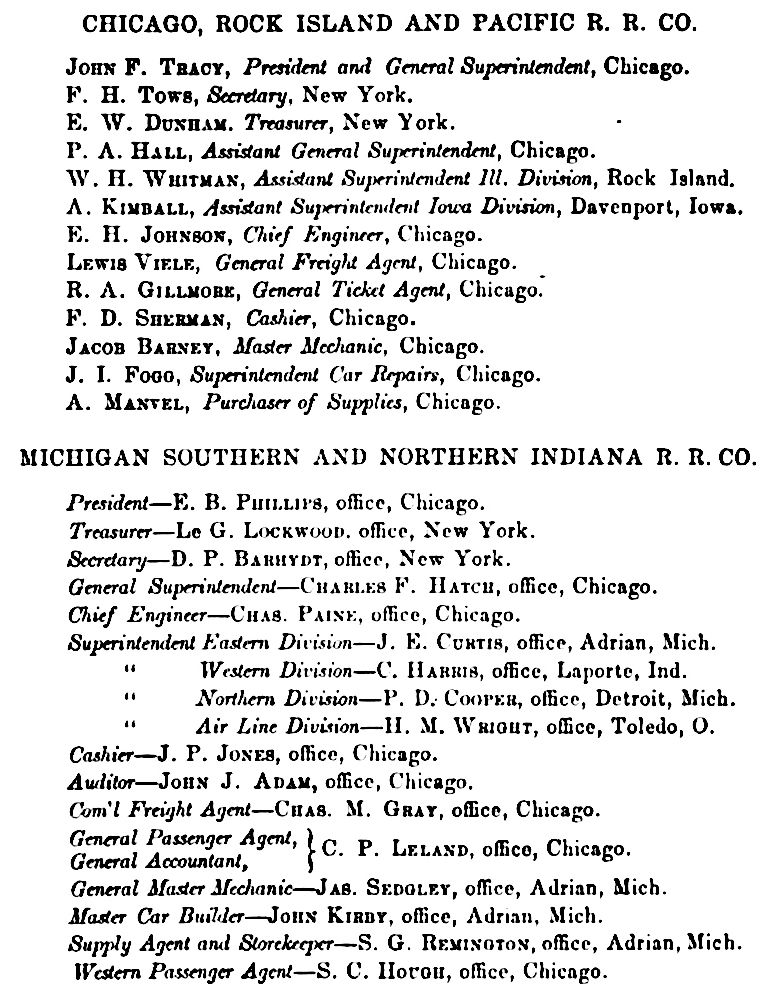