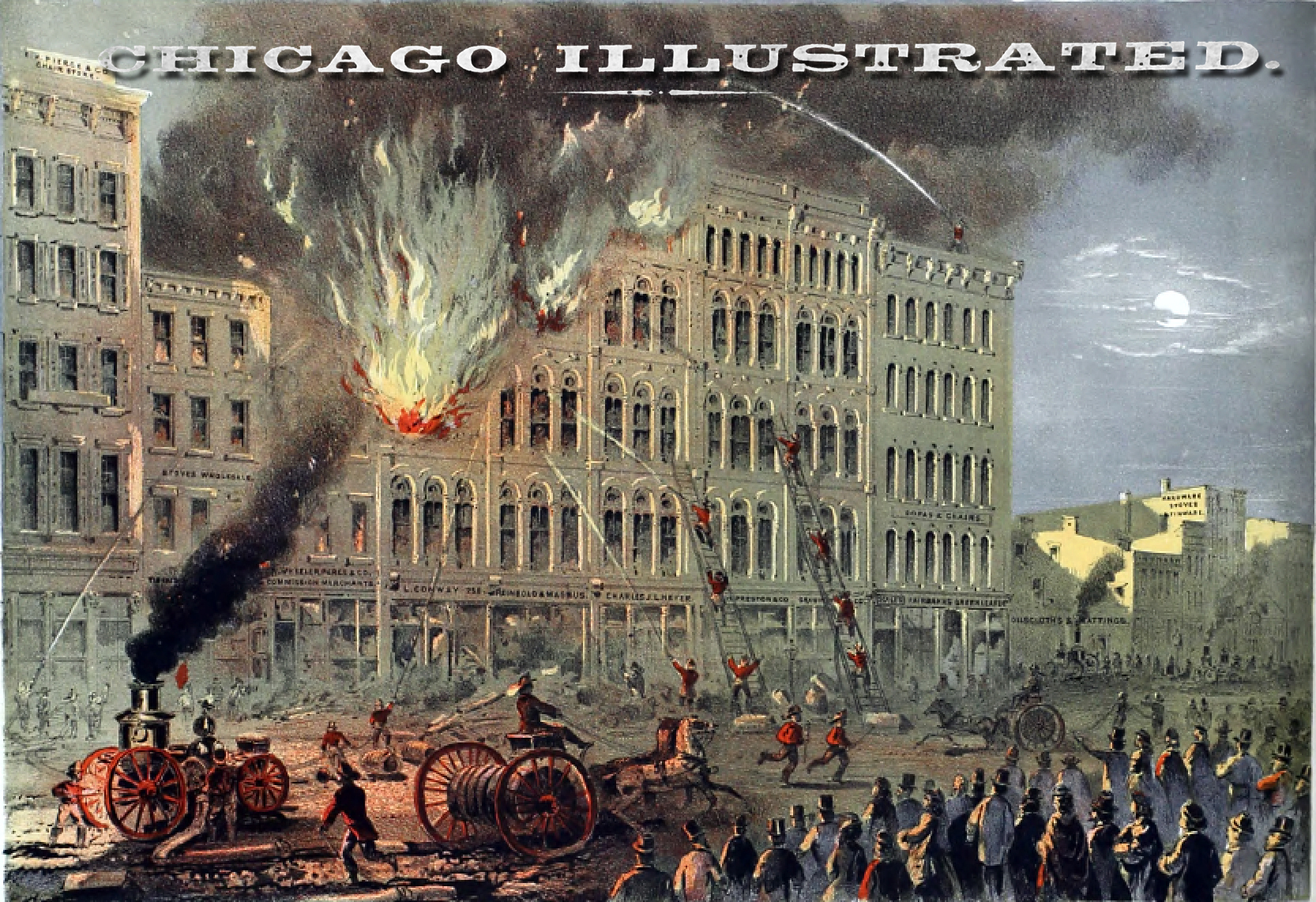 FIRE DEPARTMENT—This scene represents the burning of the marble front block on Lake street. west of Franklin street, in the Fall of 1866. The fire was an obstinate one. It originated in stores on Water street, and burned through to Lake, and presented difficulties of no ordinary character. The Fire Department, however, was equal to the work; they confined the destruction to the premises actually on fire when they reached the scene.

In the many municipal improvements in Chicago, there is no one particular which exceeds in value the progress of its fire department. Eight years ago, the department consisted of volunteer companies, with the old hand machines; and though the men may have been brave and prompt, they were unable to do the work required of them. In 1859, the first steam engine was purchased, and was rapidly followed by others, and the volunteer department as rapidly gave way to the present well organized and disciplined paid department. In 1861-2 the fire department was placed under the charge and control of the Board of Police Commissioners. It is now one of the most efficient fire departments in the country. It consists of 11 steamers: 2 hand engines; 15 hose carts: two ladder trucks; 67 horses; 15 brick engine houses, and two temporary buildings. It is officered and manned by the following force: 1 fire marshal; 3 assistant fire marshals; 6 fire wardens, and 140 men of all grades.

U. P. Harris, Esq., the present chief of the department, and to whom the credit of its present efficient organization is due, has been at the head of the Chicago fire department uninterrupted for eleven years.

The completeness of the department was greatly promoted in 1865, by the addition of a telegraph fire alarm,—which has now 149 miles of wire, and 125 alarm boxes, extended over a large portion of the city.

The estimated cost of the department for 1867-8, including new buildings, additional engines, the necessary horses and repairs, the expenses and extension of the fire telegraph, bell ringers, and all other expenses, direct and indirect, is $325,000. 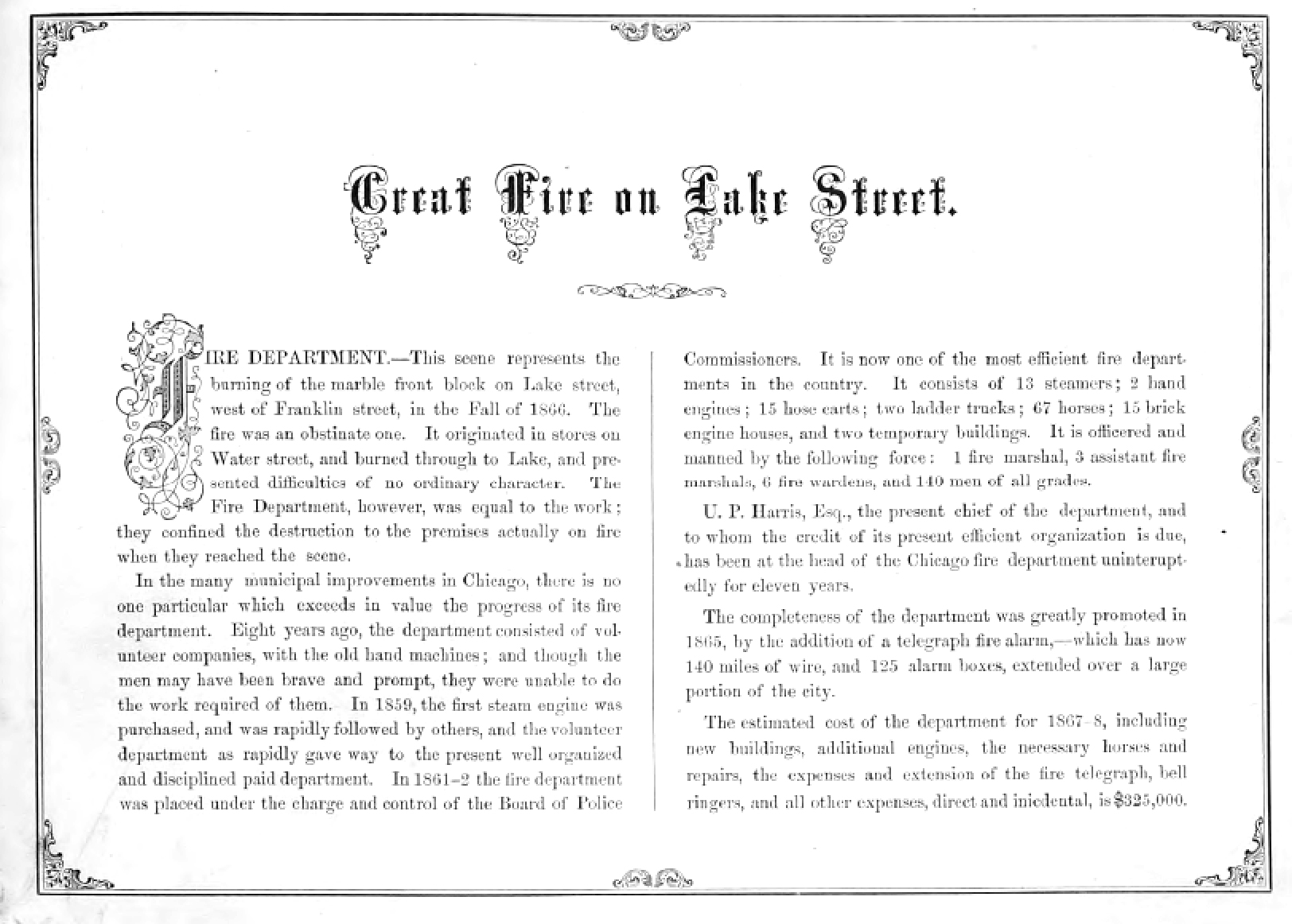 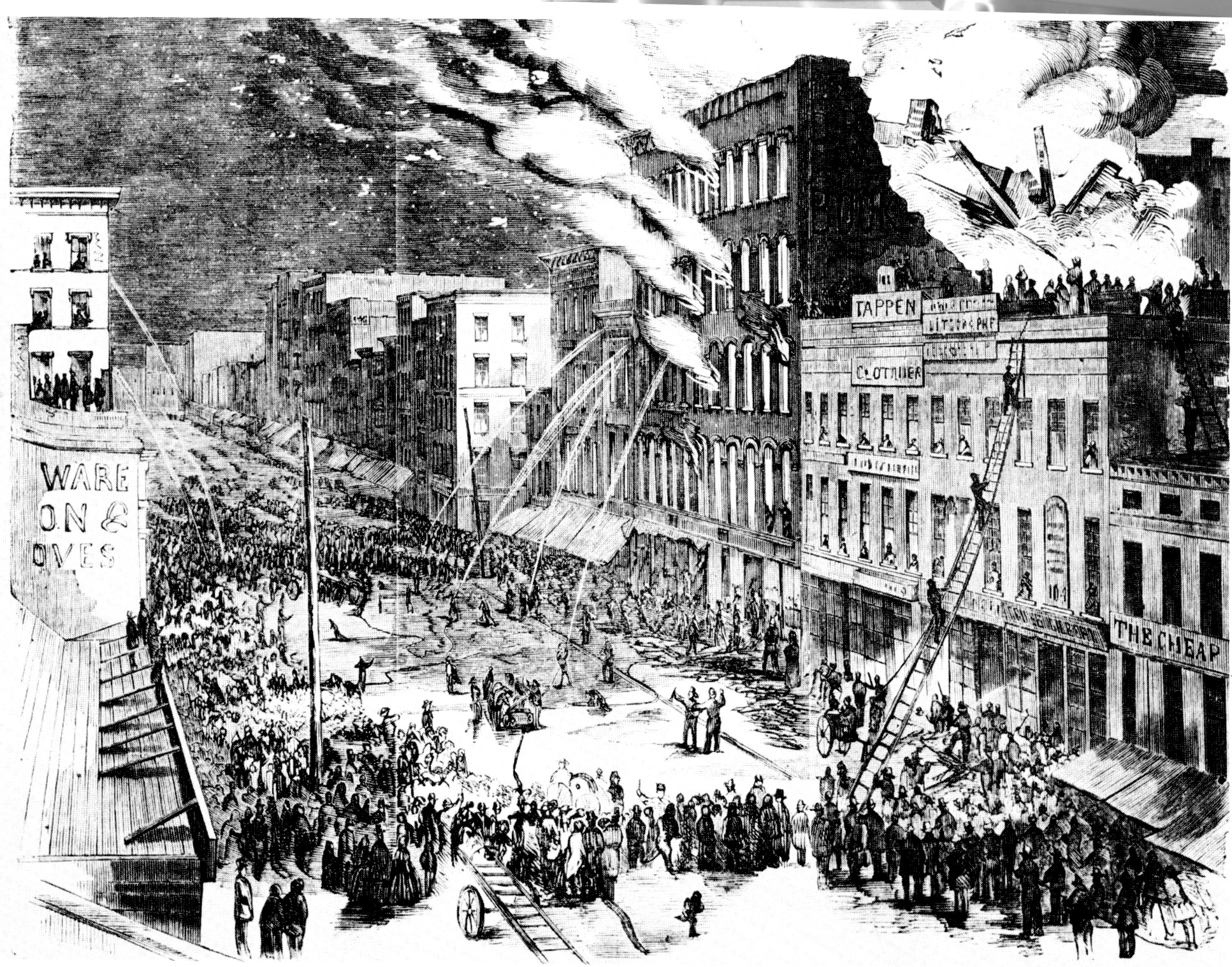