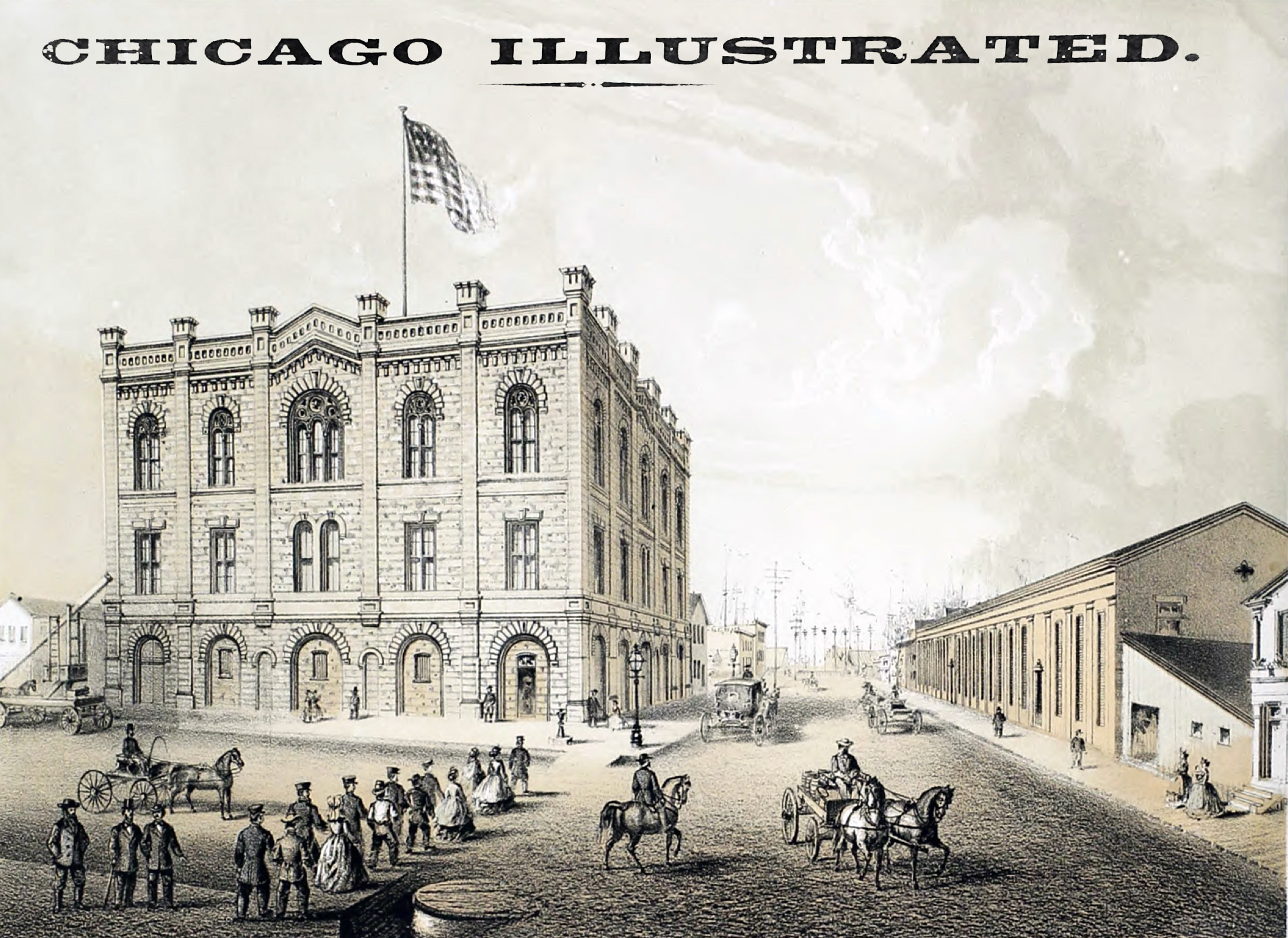 ARMORY.—This building belongs to the city of Chicago. It was built in 1856-7, and was intended as a general building for the keeping, and storage of arms belonging to the various volunteer military companies of the city, and such guns and other arms as belong to the city. Hence, the name popularly given to the building. With the exception of being used in part by an artillery company, and for the storage of some muskets belonging to the city, it has long since lost all its military character.

The building is now used for police business. It contains the temporary prison for all persons arrested and awaiting examination by the magistrates. The police court, which meets twice a day, is held in this building, and the “Armory” is the scene wherein the degraded and the criminals of this great city appear and play their parts. The location of the building is in the very center of the abodes of crime, degradation and vice of every form, which, by some strange impulse, have gathered under the very walls of the tribunal where it is daily arraigned, subjected to penalties, and discharged, to be brought back, within a few hours, to pass through the same ordeal.

On the right side the picture is the view of the buildings of the Chicago Gas Light and Coke Company. They cover a large space of ground, and the works are not only extensive, but very complete in every particular. When this site was selected for the Gas Works, it was supposed to be sufficiently removed from the central part of the city, as to be inoffensive; but since that period, while improvements and business have carefully avoided the immediate locality, the city has been extended miles in every direction beyond the Gas Works. Until 1858, this company had the monopoly of supplying Gas in Chicago; but, in that year, a new company was organized, which, by a subsequent arrangement, has the exclusive supply of the West Division.

West of the Works, are the Coal Docks belonging to the company, where is received and stored, the vast amount of coal necessary for their business. The removal of these Gas Works, to some remote part of the city, is now a mere question of time.